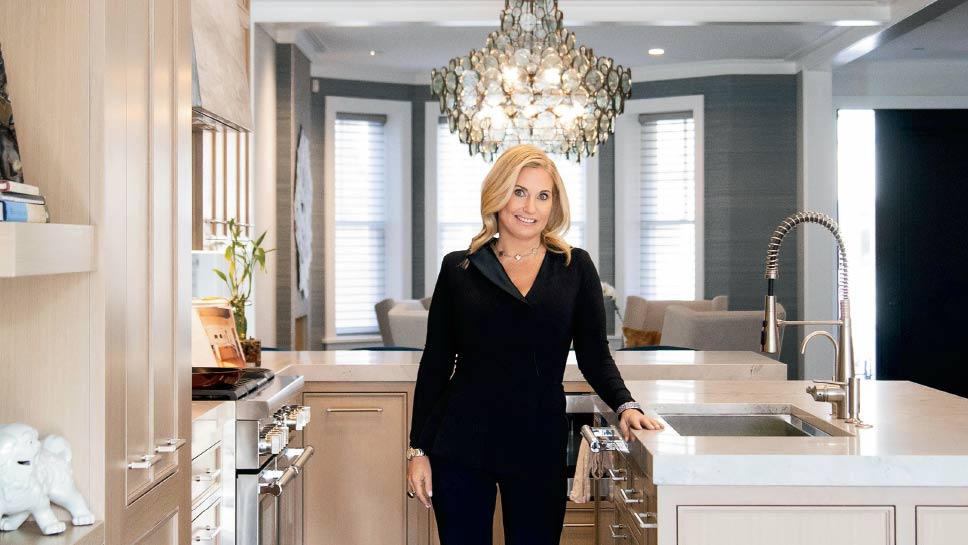 Interior designer Kim Flashner, who recently expanded her eponymous firm from Winnetka to downtown Chicago, has executed both residential and commercial interior design projects across the country for more than two decades. But because she keeps her personal style out of her work, believing instead to find inspiration in the aesthetic direction of the client, Kim Flashner looks for ventures where she can provide a unique point of view.

Such was the case in a recent gut renovation of a 5,000-plus square-foot Chicago home on West Eddy Street in the Southport Corridor. The homeowners, a young couple with two children, had lived in the house previously before ultimately deciding to tear it down and rebuild something new in the same footprint and location.

Kim Flashner, who has been consulting on the home with the family and Casagrande Architects, stepped in to help with everything from the original plans and hardware selections to built-in cabinetry ideas and, of course, the interior design scheme.

“The homeowners honeymooned in Mount Kilimanjaro and are into nature and hiking,” says Kim Flashner. “Although they have differing styles—the husband is more traditional and the wife skews contemporary—they both wanted to bring the feel of Colorado into an urban setting, so we generally used all-natural materials and lots of Earth tones. Just because you live here doesn’t mean you have to have a Chicago space.” 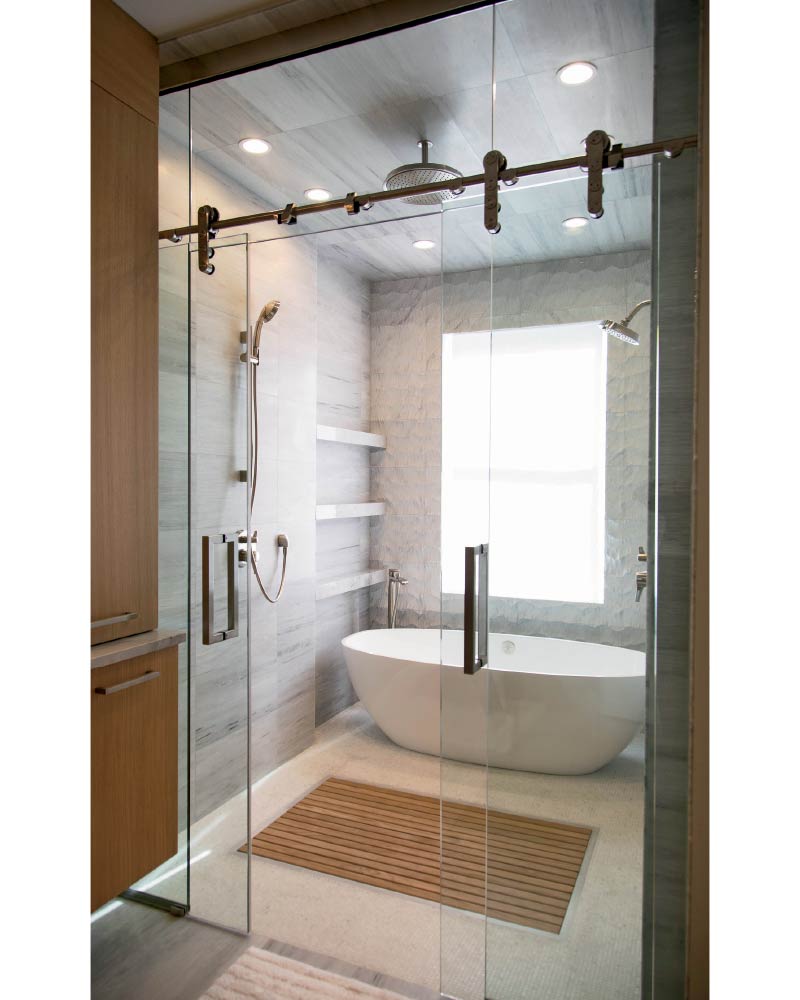 In the open concept kitchen, dining and family rooms—walls were knocked down to eliminate separation—Kim Flashner used natural stone and wood in components like the neutral-stained cut oak built-ins that extend throughout the entire space and in the live-edge oval-shaped Rustic Trip dining table centered under a recycled glass chandelier. On the couch and an ottoman that doubles as a coffee table, she incorporated blue and gray tones that feel warm and inviting.

In the “formal” living room at the home’s entrance (Kim Flashner describes the couple as inherently informal), light and bright thanks to two-story windows, she created a hub for entertaining versus the traditional living room concept of years past that she believes is “falling by the wayside.” With a dramatic fireplace and four cozy recliners, perfect for a day spent chatting or reading, the tone is set for the rest of the home.

The couple expanded the house’s footprint from three stories to four to add a full basement, complete with a wine cellar, bedroom and bathroom, entertainment area and a playroom for the kids. On the top floor is a bar and a home office with walnut built-ins and on the second floor is the laundry room, kid’s bedrooms and bathrooms and, Flashner’s favorite space, the master bed/bath. Plus, there’s a Zen garden in the backyard.

“The master bath is the focal point of the house,” says Kim Flashner. “For a city home with limited space, sometimes the master bath gets pushed to the side. But, in recent years, people have started taking space from the bedroom and closet to make it more of a standout. Here we used a marble tub enclosure and kept the tub within the shower in one big piece. The bedroom itself is Asian-inspired with pink cherry blossom wallpaper.”

Kim Flashner says they could have accomplished a similar look with porcelain but really wanted the “Zen vibe” of marble. “There’s a big difference aesthetically between using natural carved marble versus man-made,” she says. While upgraded elements like marble and wall-to-wall built-ins are expensive—the homeowners ended up spending triple their original budget on cabinetry—Kim Flashner believes they’re worthwhile and “make or break” the space.

That said, decorating takes time. In fact, Kim Flashner has been working on this home for nearly 24 months and is only just now approaching the finish line.

“Everything in the house makes a statement, which elevated the design and made it fun,” she says. “It wasn’t another project with a stark white European kitchen. I’ve been doing this for 25 years and don’t want to work in just one style. I always like a new element. That’s why I’m still doing this.”