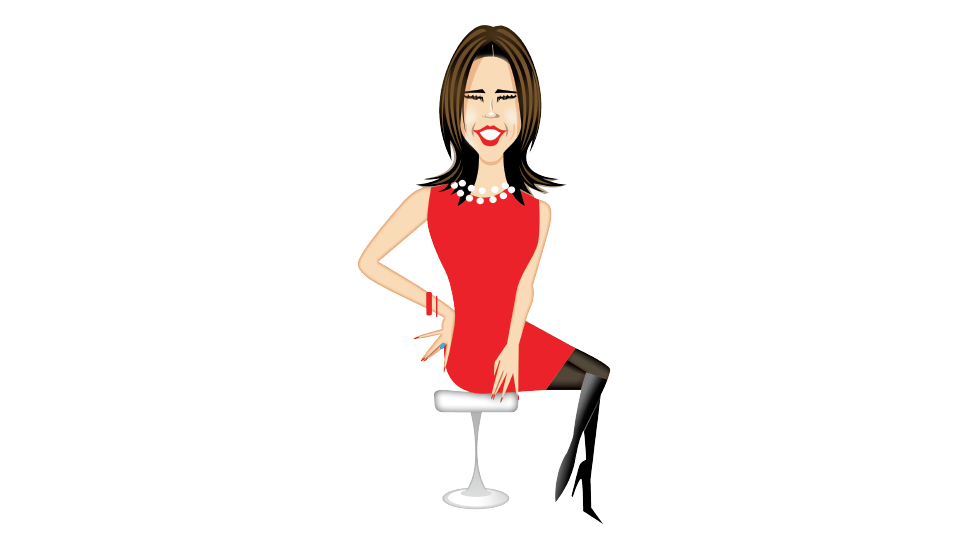 Sally Lou Loveman is connecting with audiences and debuting a new book. ILLUSTRATION BY ROBERT RISKO

How would you start your story in 10 words or less? What are the words you would choose to capture who you are and the purpose of your life? Those are the questions Sally Lou Loveman poses to the audience of lovespeaks, the business she founded to connect audiences with their greatest talents and to design professional and personal experiences that embrace innate joy. The purpose? To connect truth, talent, and a life’s work.

Loveman should know: She’s spent a lifetime doing what she loves. At just 14-years-old, after sitting in the audience with her mother during a taping of The Mike Douglas Show, Loveman discovered her passion for television. “I spotted a girl with a clipboard and a headset who looked official. I didn’t know what she was doing, but this was 1976 and she was a woman and it looked cool, so I knew I wanted to do it, too,” Loveman recalls.

When she started as an audience coordinator with The Oprah Winfrey Show in 1987, a year after the show went national, she knew she had landed her “girl with the clipboard,” moment.

In 1991, she took a break, had three children, and freelanced for the next decade. Until, in 2003, an audience producer job opened up, perfectly suited to her interest in working with people and one in which she would stay until 2014.

“I grew up there,” says Loveman. “What happened in that building was pure magic. I would sometimes work 15 hours a day, but I loved it so much that I felt selfish. It’s no accident that all three of my children now work in entertainment. My daughters have both sent me photos holding their own clipboards.

Once you work for Oprah, it’s hard to work for anyone else. Unless of course, that person is yourself. When Oprah ended after its 25th season, Loveman stayed on for a few more years before taking the skills she had learned to launch lovespeaks, which started as a speaking and speaker workshop business and is now soon-to-be Loveman’s debut book, Speak: Love Your Story, Your Audience is Waiting.

“Oprah was very participatory,” says Loveman. “We wanted the audience to feel both connected to her as well as to each other. The book is the same. With each chapter, the reader has a prompt to do something related to the lesson. Because before we love our story and speak our story, we should know how to start our story.”

Loveman describes the book as a love letter to the people who helped her listen to her heart and gave her a stage to use it, people like her parents, siblings (she’s one of three girls) and, yes, Oprah. She’d been loosely working on Speak for five years but, in 2018, promised herself to finish it after finding inspiration in Michelle Obama’s memoir. Alas, she dedicated the book to her father.

“When you’re in your purpose, fear has no access,” explains Loveman. “If my message lands on someone else’s heart, then I’m good. I’m satisfied.”