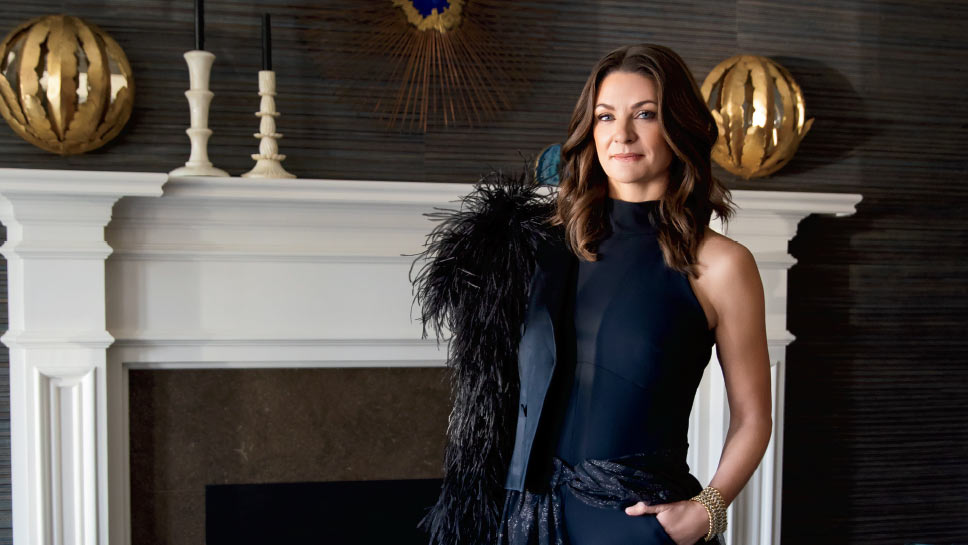 When Laura Summers’ son Wyatt, now 15, was just under two-years-old, he snuck a peanut M&M from a bowl that had been set out for a party. After breaking into hives and struggling to breathe, Summers and her husband A.J. rushed Wyatt to the hospital where he was eventually diagnosed with a severe peanut and tree nut allergy. And when the couple’s daughter Ava, now 14, was born just 13 months later, they had her tested immediately. Turns out, she, too, has the same life-threatening allergies.

Fast forward to today, after a 20-year career in digital media sales for big-name corporations like CBS and Hearst, Summers recently dove back into the workforce as the chief growth officer for Wicker Park-based Spokin, a mobile application and website that aids its users in managing food allergies. The app helps users navigate tricky food labels, find restaurants that cater to their specific needs, explore new cities with curated city guides, and even message other users who share the same allergies or who are navigating a similar experience. The app has the look and feel of Instagram combined with the reviews of Yelp.

“Every three minutes, a food allergy reaction sends someone to the emergency room, and 32 million Americans are affected by life-threatening allergies,” says Summers.

“Spokin tapped into my passion for making life easier and safer for my kids. We manage their condition 24/7, and resources like Spokin make that management so much simpler.”

“Spokin is the only app offering this directly from the manufacturer,” explains Summers. “In the past, people with severe allergies had to contact companies directly. We’ve already heard great feedback, and it’s been incredibly rewarding to be part of launching something new.”

It’s that same entrepreneurial mindset that led Summers to Spokin’s founder and CEO Susie Hultquist, whose oldest daughter was diagnosed with life-threatening food allergies at the age of three. After Summers’ sister sent her Susan Jeffers’ Feel the Fear and Do It Anyway, a self-help book about overcoming fear, Summers tried to start her own business. While it didn’t pan out, that leap of faith put Summers on a path to meeting Hultquist and to potentially finding inspiration for the “next big thing” in the future.

“Susie and I both believe in the power of tech,” says Summers. “Susie ran a $2 billion fund on Wall Street prior to Spokin, and I was in corporate sales for so long, so it’s both incredibly empowering and gratifying for us to be in a category with other trailblazing female founders trying to make change.”

Originally from Colorado and, more recently, San Francisco, Summers never thought she’d end up in the Midwest. She met A.J. on a blind date while he was working as a pilot flying out of Travis Air Force Base in California. After flying in two wars—Operation Enduring Freedom in Afghanistan and Operation Iraqi Freedom in Iraq—A.J. started flying for American Airlines, which led the family to Chicago (specifically, Winnetka) 12 years ago. (Recently, American Airlines led the charge in allergy safety with the announcement that it would stock epinephrine auto-injectors in the emergency medical kits of its main fleet of airplanes, which Summers calls a “game changer.”)

“I never thought we’d move,” says Summers. “After September 11, the airline business changed dramatically, and American Airlines closed its base in San Francisco. We had the choice of Chicago, Miami, New York, or Dallas, and we chose Chicago because I had friends from college here. I love Chicago but I also love the warm weather of California and secretly hope my kids will head west, just so I can follow them.”

While her children grew up, events like birthday parties or playdates caused the family “a lot of anxiety” because of Wyatt and Ava’s allergies. Today, however, apps like Spokin and organizations like Food Allergy Research & Education (FARE), a nonprofit dedicated to food allergy awareness and advocacy, have helped lessen the burden.

Both Summers and Ava are involved with FARE, along with Henry’s Heroes Foundation, an organization that builds awareness and raises funds for children with epilepsy. But, when not working or volunteering her time, Summers practices yoga, her “go-to stress reliever,” often at the 6 a.m. class at Shri Yoga Center in Highland Park or at Yogaview in Wilmette. She and her family also love Guildhall in Glencoe and Mino’s in Winnetka.

With Spokin, Summers no longer has to worry (as much) about her children trying a new restaurant when out and about without her. Instead, she can now focus that energy on manifesting a move to the West Coast, on hopefully starting her own company or, she says, on continuing to help promote the Spokin app as the go-to source for people with food allergies.

For Summers, the sky’s the limit.