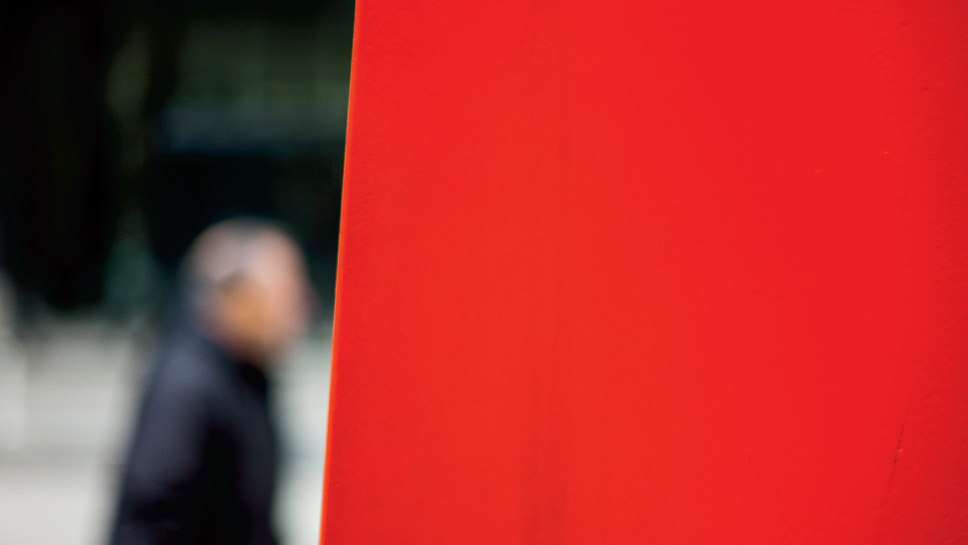 Larry Simon spent a few decades finding ways of using words to tell a story: as a sportswriter, advertising copywriter, voiceover announcer, and an architecture tour guide. And it’s that final role which allowed Simon the opportunity to travel the globe and ignited his passion for photography.

Today, Simon continues to pursue storytelling, just through a visual medium. He takes inspiration from seemingly everyday objects, surfaces, and scenes to create what he describes as “composed narratives shrouded in a sense of the unknown, or the inner world residing in our subconscious, a place where we cannot fill in the blanks.” The translation? Photography, for Simon, is a meditative experience, one in which he can press the metaphorical mute button on the noisiness of life. 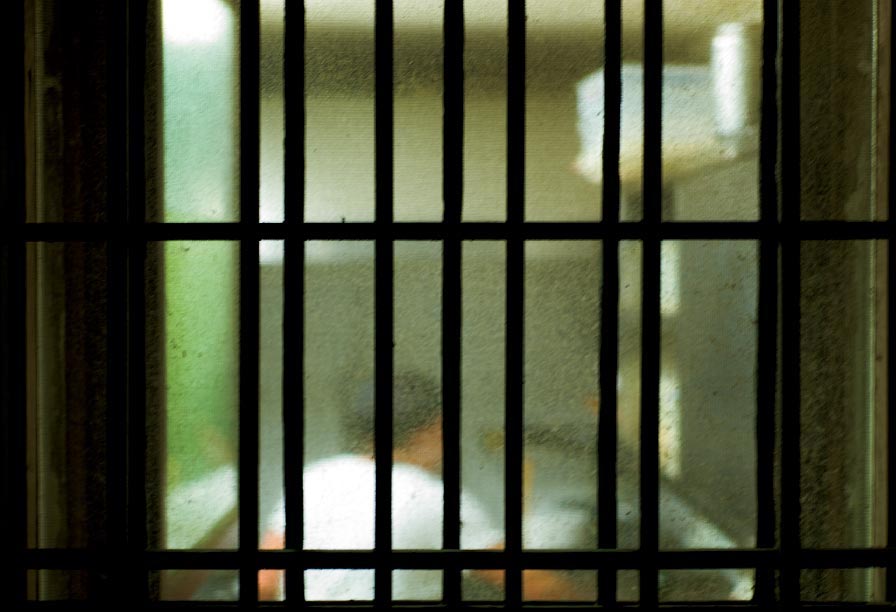 “Kitchen of a Trattoria, Venice”

In fact, Simon even uses a rangefinder camera to force himself to slow down and to truly consider a scene, and he often finds himself in perfect silence as he focuses on a subject. The key, he says, is to set out without an agenda in an effort to let the subject capture him, instead of vice versa. 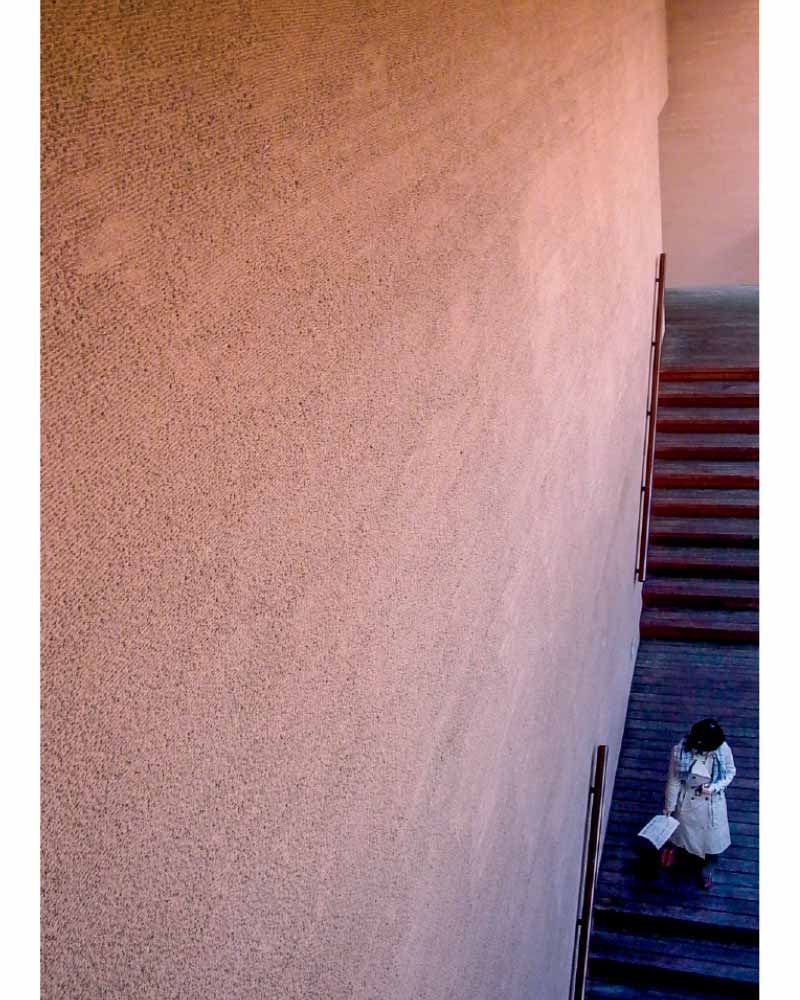 “Pausing on a Landing”

That philosophy has helped Simon develop his own form of artistic photography, with the influences of painter Gerhard Richter for the “breadth of his work;” pianist Alfred Brendel for “refusing to do things according to the status quo;” author Haruki Murakami whose novels have a “surreal quality;” and legendary photographer Saul Leiter, who captured dreamlike New York scenes, mostly within blocks of his Greenwich Village apartment.

Simon also counts the Japanese concept of wabi-sabi, a worldview centered on the acceptance of transience and imperfection with a beauty that’s often considered imperfect, impermanent, and incomplete, as inspiration for his work. 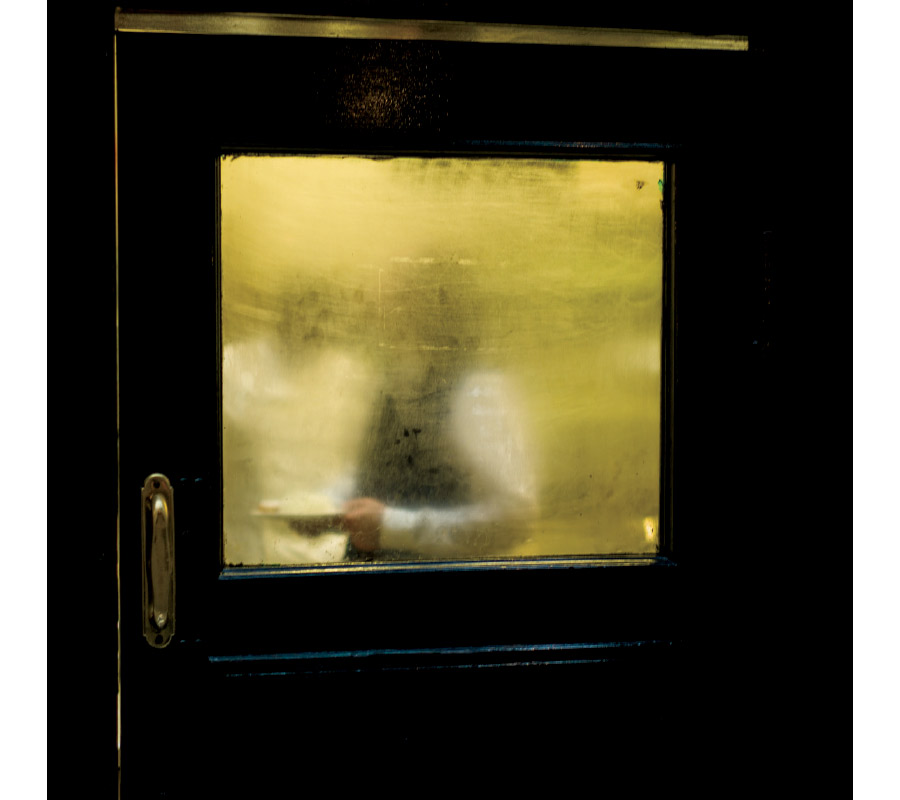 “Japan is painfully aesthetic,” says Simon. “Going there changes your life. It can be a tough society in many ways, but there’s a lovely rhythm and beauty to it. And I’m attracted to the surreal quality of contemporary Japanese prints.”

Often working with a blend of sharp and soft focus, Simon presents his work as digital prints or in photo collage form, a process by which Simon takes two unrelated photographs from two different places and puts them together to tell a story. 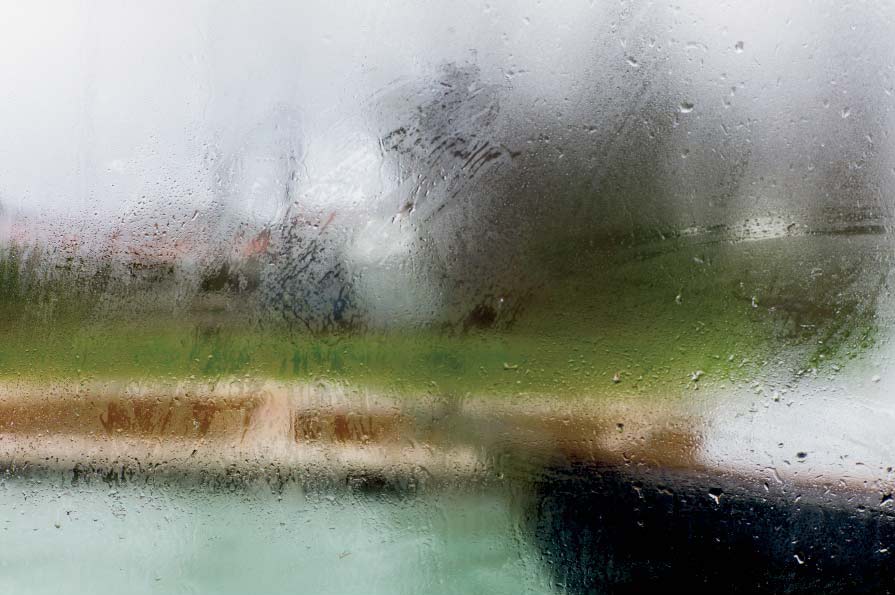 Storytelling is part of Simon’s DNA. Referring to himself as “100 percent right brain,” the Highland Park native fell in love with art after a high school field trip to the Art Institute of Chicago, where Edward Hopper’s “Nighthawks” caught his eye. After majoring in journalism at Northwestern University in Evanston, Simon was able to translate that love of art into a verbal medium for communication, first in a variety of creative fields before landing on photography.

“I take pictures of what I don’t see, which is different than recording a moment,” says Simon. “I’m fascinated by dreams, though I never remember my own.”

This fascination has led Simon to affect a dream-like quality in his own work.

“With dreams, there’s a sense of surrealism,” he says. “When I look at things outside, in the real world, I look for—and notice—dreamlike moments. Using a rangefinder camera allows you to set up a scene and wait for that moment to arrive. You can see it developing. It’s exciting.” 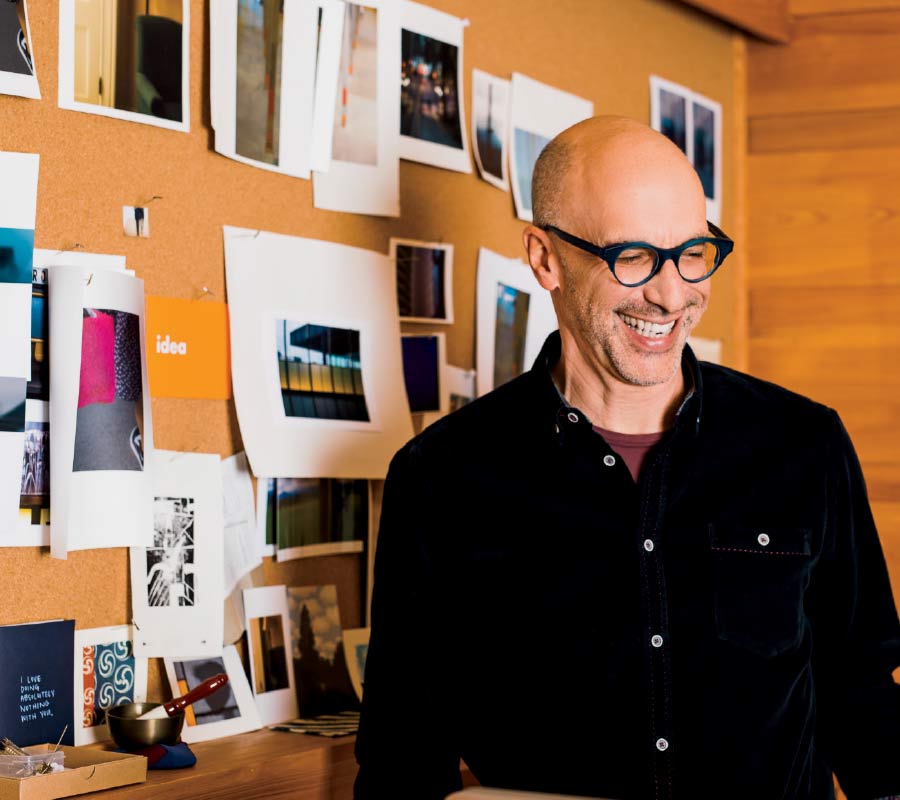 “I love shooting through surfaces, like a car window,” says Simon. “I only shoot on the run, and when I’m roaming around. I never use filters or Photoshop, and I don’t stage shots. I’ll blur through the camera’s focus, not after the fact with editing tools.”

He explains that when you’re focused on the detail of a surface you’re shooting through, what’s on the other side can take on a different, almost magical, quality. While he doesn’t always shoot in soft focus, and doesn’t think it’s necessarily needed to make an image impressionistic or surreal, he does try to make his photos as “painterly” as possible.

In some ways, Simon’s work could be interpreted as lyrical, perhaps a reflection of his classical piano training. An early client termed his photographic art a form of “digital impressionism.”

All this contributes to Simon’s strong sense of narrative and composition, which is currently on display at Vivid Art Gallery in Winnetka. And he’s working on a mixed media collection comprised of small pieces, in contrast to his larger scale work.

“For me, a photograph must have an idea, a story,” says Simon, “that hopefully gives the viewer something to dream on.”