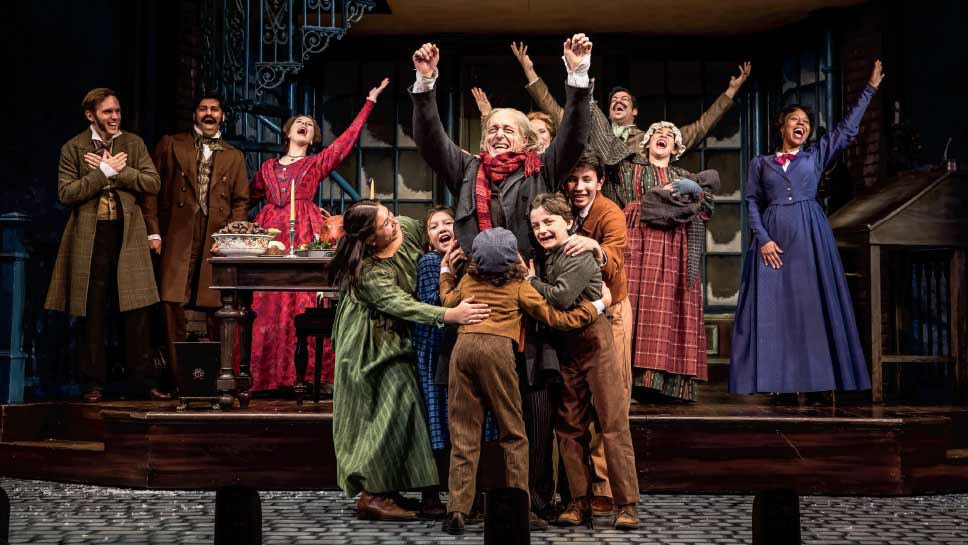 Curtains close on 2019 with warmhearted holiday productions (with a dash of cheeky humor for good measure), daring drama, and musical scores that will keep you singing into the new year. A Christmas Carol. PHOTOGRAPHY BY LIZ LAUREN

Since taking its place as the “crown jewel” of the Goodman Theatre’s holiday season over two decades ago, more than 1.5 million theatergoers have been audience to this beloved production of the Dickens classic A Christmas Carol. Larry Yando takes the stage for his 12th season as Ebenezer Scrooge in this iconic tale of reinvention, redemption, and reconnection. For a slightly more tongue-in-cheek taste of the holidays, opt for The Santaland Diaries, also at the Goodman. Based on writer David Sedaris’s hilarious retelling of his short-lived stint as an elf at Macy’s “Santaland,” it was this original essay that gave the author his first big break in the early ’90s. As this production is more naughty than nice, it’s recommended for mature elves only. (Both through December 29, goodmantheatre.org) 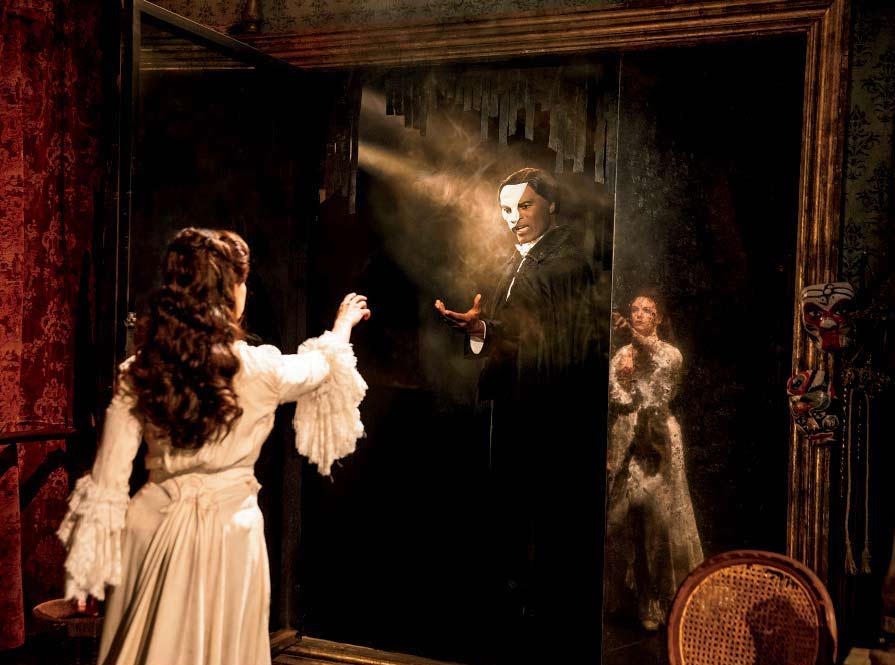 The Phantom of the Opera. Photography by Matthew Murphy

Based on the Hans Christian Andersen story of the same name, The Steadfast Tin Soldier has become a new holiday tradition at the Lookingglass Theatre Company. Written and directed by Ensemble Member Mary Zimmerman, this magical adaptation of the 1838 fairy tale is about love, loyalty, and never giving up. It is a treat for the whole family. (Through January 26, lookingglasstheatre.org; ages 5+) 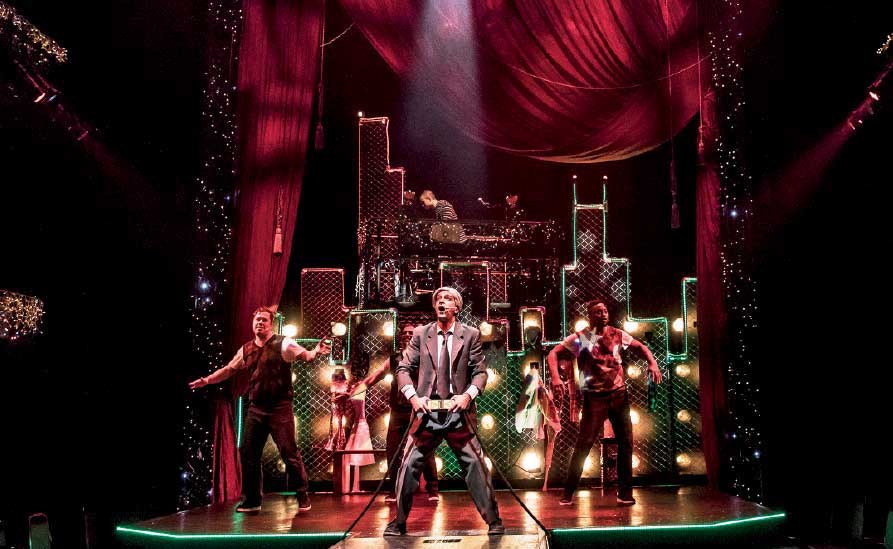 Add a dose of hip hop to your holiday with Q Brothers Christmas Carol at Chicago Shakespeare Theater. Local hip hop sensations the Q Brothers Collective mash-up musical styles from reggae to rap to rock in this spirited and highly entertaining “ad-rap-tation” on the classic. This DJ meets Dickens spin will have you dancing in your seat. (Through December 23, chicagoshakes.com; ages 12 and up)

Pastor Albert Jones and his family come face to face with the skeletons in their closet in The First Deep Breath at Victory Gardens. Written by Lee Edward Colston II and directed by Steve Broadnax III, this play confronts long-buried secrets, loss, and blame in this ferociously passionate examination of a family doing its best to stay together—and stay afloat. (Through December 22, victorygardens.org) 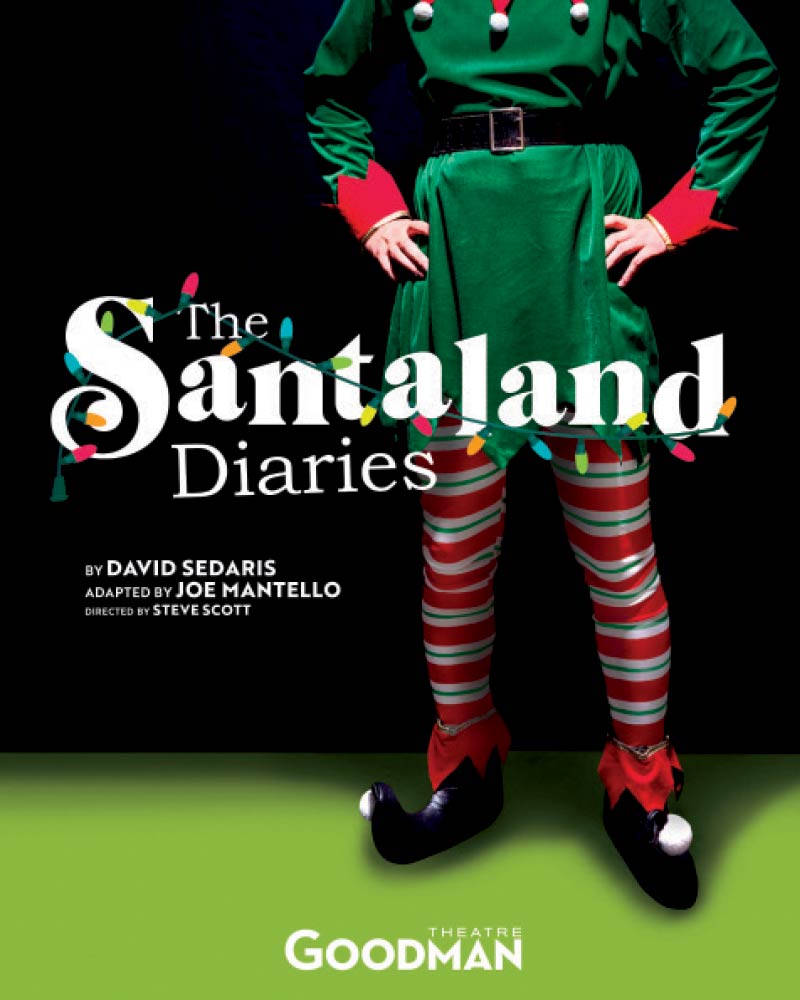 Clare Barron’s Dance Nation follows a pre-teen dance troupe clawing their way to victory, exploring confidence, ambition, and self-sacrifice along the way. This Chicago premiere is inventive, tender, and brash, with moments of sadness and darkness dotted with an equal measure of humor and heart. Directed and choreographed by Lee Sunday Evans and starring Audrey Francis, Caroline Neff, Tim Hopper, and Karen Rodriguez. (December 12 – February 2, steppenwolf.org)

Alighting onstage at Drury Lane this season is the whimsical and wonderful Mary Poppins. Based on the beloved book by P.L. Travers and the Academy Award-winning film, this Julian Fellowes adaptation has itself been nominated for multiple Tony and Olivier awards. Expect adventure, enchantment, and a heaping dose of imagination. (Through January 19, drurylanetheatre.com; rated G) 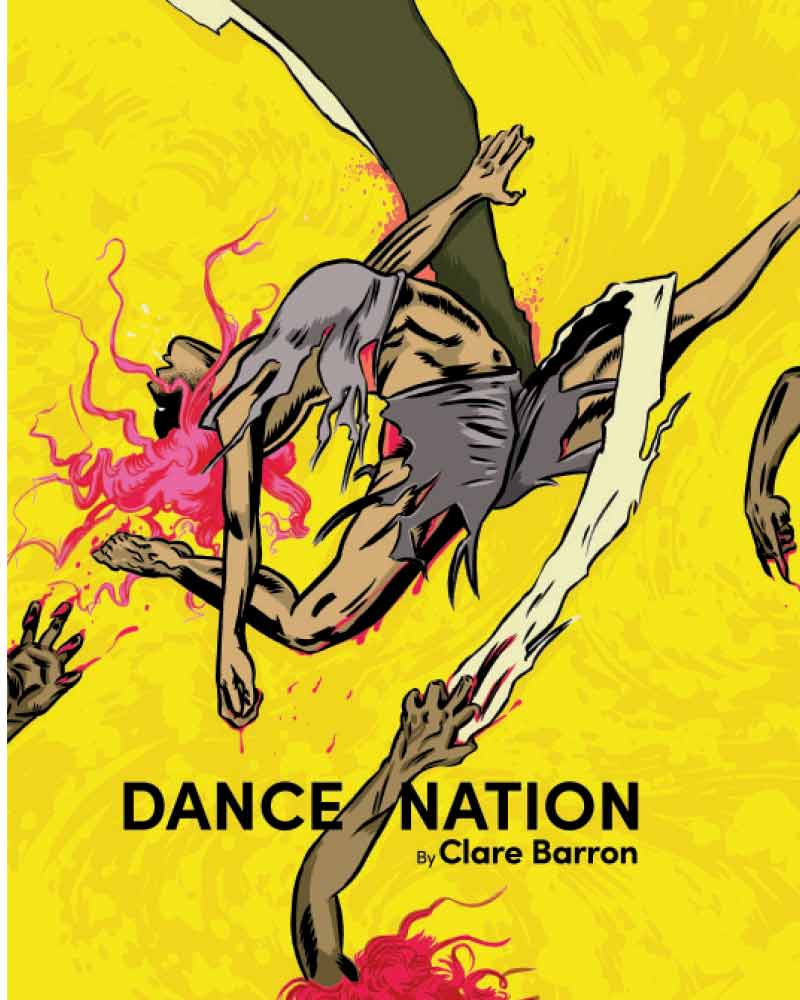 The hit musical Mean Girls arrives this month at the James M. Nederlander Theatre, direct from Broadway. This uproariously funny look at high school, the game of popularity, “frenemies,” and the trials and tribulations of teendom is sure to please with its high energy, wicked humor, and charm. Screenplay by Tina Fey, music by Jeff Richmond, lyrics by Nell Benjamin, and directed and choreographed by Casey Nicholaw. (December 25 – January 26, broadwayinchicago.com; ages 10+)

AND EVERYTHING IN BETWEEN

Working, opening at Theo Ubique Cabaret Theatre this month puts the spotlight on American workers, a population so often overlooked. Originally a bestselling book of interviews by Studs Terkel published in 1974, the material took to the stage, first at the Goodman in 1977 and then on to Broadway a year later, starring Patti LuPone. Since then it’s traveled the world, and been updated and overhauled for contemporary audiences, complete with music by Lin-Manuel Miranda, James Taylor, and others. (December 6 – January 26, theo-u.com) 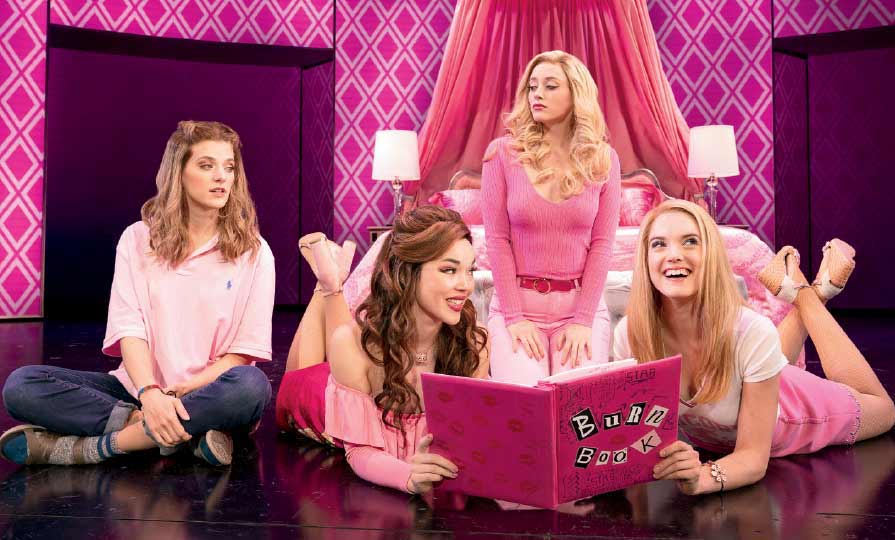 Lindiwe, a world premiere production, set to the music of Ladysmith Black Mambazo, and written and co-directed by Steppenwolf Ensemble Member Eric Simonson, explores the sacrifices we make for love. The production takes the audience across continents, from Chicago landmark Kingston Mines to South Africa, and spanning boundaries greater than the oceans, punctuated by the blues and vibrant Zulu beats. (Through January 5, steppenwolf.org) 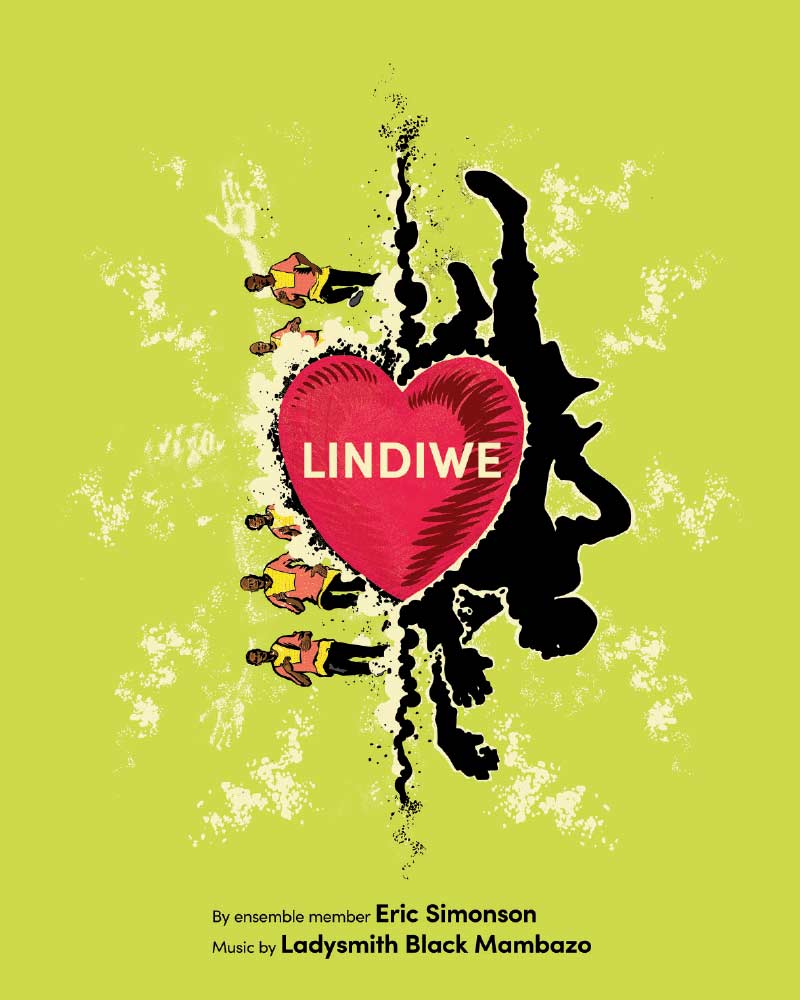