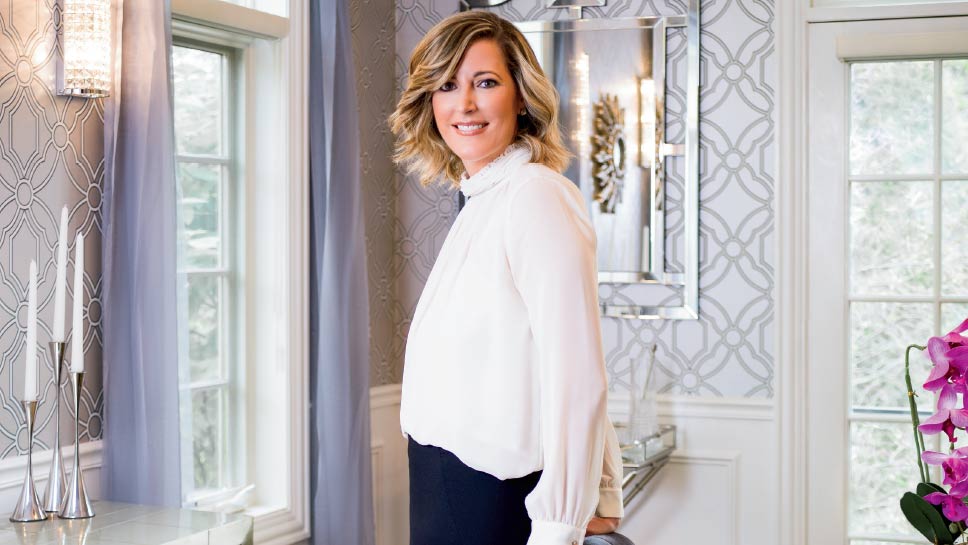 Rachel Cannon, a partner at Dentons, which calls Willis Tower home in Chicago, comes from a long line of lawyers and judges, so one could say the law is in her DNA. And while she’s also had a University of Chicago Law School education, Cannon still picked up a few tricks for her law career in an unexpected place.

“I finished college a year early, which was kind of a surprise and not intentional,” says Cannon. “I ended up working several waitressing jobs where I honed my people-reading skills. I could tell within five minutes of talking to someone at a table whether or not they’d be a good tipper. It’s helped me with juries. When you pick a jury, you literally only have a few minutes of seeing someone talk before you decide whether they’ll be helpful to your case or harmful.”

For Cannon, every second counts. She works in Dentons’ high-stakes Litigation and Dispute Resolution and White Collar and Government Investigations practices, where she focuses on trial work, investigations, complex civil litigation, and white collar criminal defense. She was one of the lead attorneys who successfully prevented the U.S. Commodity Futures Trading Commission from enjoining a Chicago trader in a recent high-profile ‘spoofing’ and market manipulation case (CFTC v. Igor B. Oystacher and 3Red Trading, LLC); has investigated matters ranging from sexual misconduct to financial fraud and bribery; and also advises entrepreneurs about regulatory issues surrounding initial coin offerings, cryptocurrencies, and blockchain technology.

Before joining Dentons four years ago, Cannon served as an Assistant United States Attorney in Chicago, where she supervised the bankruptcy fraud program and worked in the Securities and Commodities Fraud Section. She’s tried 19 jury trials, dozens of bench trials, and has briefed and argued numerous cases in the U.S. Court of Appeals.

“Internal investigations and trial work are my bread and butter,” says Cannon. “I love to read, so I enjoy the ‘detective novel’ aspect of internal investigations and following the thread to figure out who’s being truthful and who isn’t. It’s very conspiratorial. And I enjoy being people’s advocate in court and the theater and drama of the courtroom. It’s all about portraying your story in the most interesting and compelling way possible.”

Recently, Cannon concluded an internal investigation for a Chicago professional sports team that had a coach on staff who was accused of sexual impropriety. “When organizations discover they have a problem, they want to figure out how it happened, who’s responsible, who did or didn’t know, and who kept it secret,” explains Cannon. “I report to the organization what happened, and they decide what to do with that information. The goal is to figure out the problem and then fix it.”

Cannon has always been a problem-solver, and one current issue she’s hoping to tackle is the lack of equal representation of women in law. Cannon remembers, when interviewing with law firms, sharing a business plan of her contacts with the managing partner of what she describes as a “major Chicago law firm.” The managing partner’s response? “Oh, are these all of your husband’s friends?”

Cannon says that kind of thing happens all the time. “I asked someone at another firm if they had a need for more women partners, and he said, ‘Oh, no, we’re good on that score,’” recalls Cannon. “I said, ‘Oh, you have 50 percent?’ and he looked at me like I had six heads and replied, ‘No, we’re like everyone else, we have 20 percent.’ I mean, are we not speaking the same language?”

While Cannon believes there’s progress being made—she’s a partner, after all—she feels responsible for mentoring younger women within the office and in the broader legal community more generally, describing mentorship as “integral to any woman’s success.”

“I think, historically, men have done a much better job of mentoring other men and networking,” says Cannon. “It’s ingrained in them. They’re trained to do that, and do it naturally. Women dig in and work hard, but that’s not how a lot of big decisions, hires, and promotions are made. It often happens at the networking level.”

“I’ve always loved the arts,” says Cannon. “I studied art history in Florence in college and took ballet growing up. Chicago has such a vibrant arts culture, and it’s nice to be involved in organizations that are different than your day-to-day job. I like having a mix of legal and non-legal charitable work.”

With what little free time she has, Cannon loves to spend time with her sons Teddy and Charlie, meditate, exercise, and read for pleasure, ideally all in one rare perfect day. She even has a small meditation and exercise room in the basement of her Winnetka home. While exercising, she’ll watch the OWN Network’s SuperSoul Sunday, a show that features Oprah Winfrey interviewing athletes, business and political leaders, and others about their lives, to start her day right.

“I deal with very stressful situations at work and often see people at their worst moments,” says Cannon. “I might have to tell someone they’re going to prison or their company is about to be sued in a massive lawsuit. It’s important I don’t get sucked into their stress and am able to give dispassionate advice. Meditation helps me keep a distance from those emotions.”

Despite the stress, she still enjoys being in private practice and being able to advise and partner with her clients in what she calls a ‘consigliere’ role. “Not to get too Godfather-ish,” Cannon jokes.

“But it’s funny how, over the course of your career, things end up mattering in a way you never expected,” says Cannon. “I had a project a few years ago where I went to Ukraine to train prosecutors and their FBI equivalent in how to do corruption investigations, and now that’s at the center of the current impeachment inquiry. It’s amazing where things will take you in ways you never imagined at the time.”