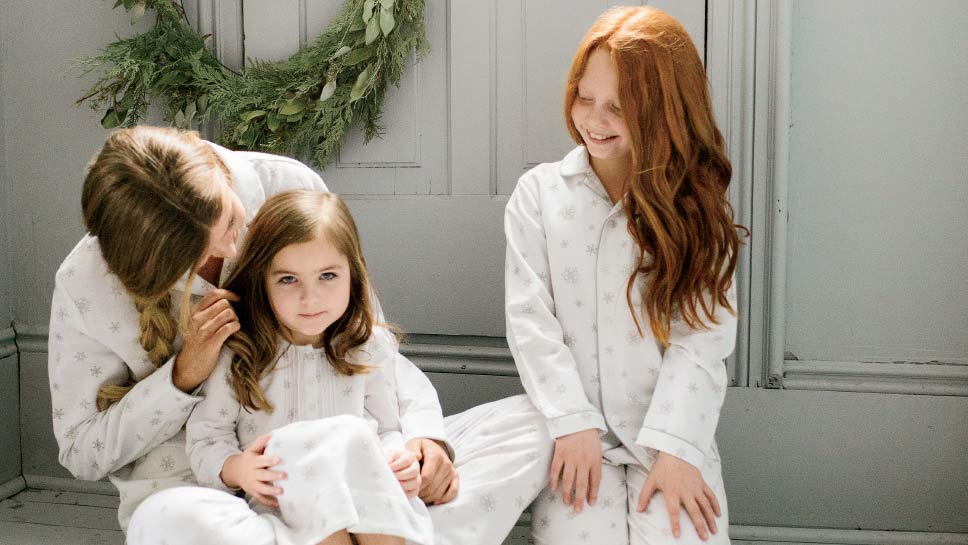 When life as a diplomat caused Emily Hikade to lose sleep, she found refuge in organic, high-quality sleepwear, creating a life where comfort trumps chaos. PHOTOGRAPHY BY LIZZY WILLIAMS.

There comes a time in the lives of many women where they must reassess if their careers can happily coexist with motherhood. For Winnetka’s Emily Hikade, that moment came while serving as a diplomat and working overseas in the field of counterterrorism.

It was 2014 and she was on a mission when her airplane nearly crashed into the sea. In those terrifying moments, the faces of her children flashed before her eyes, leading her to close one window of her life, while opening the door to a new dream and secure future.

Highly influenced by the sophisticated and minimalist styles she was exposed to while living abroad, Hikade founded Petite Plume—a luxury sleepwear company where snippets of her former perilous life, are woven into products designed to provide comfort. 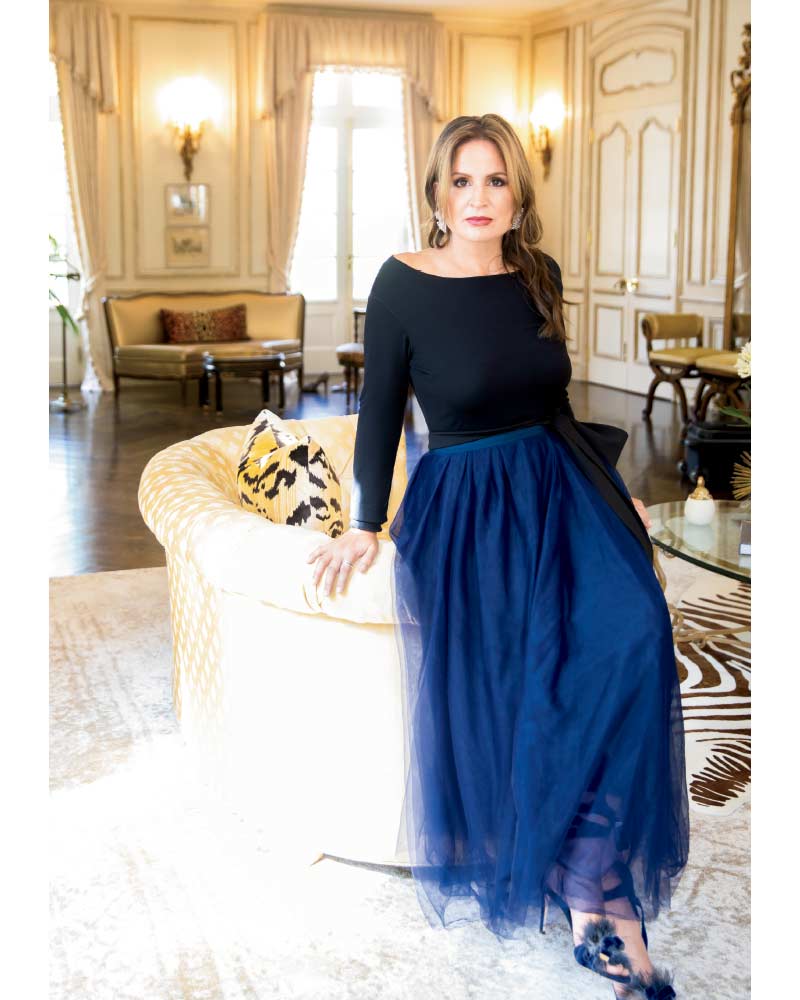 While counterterrorism and clothing don’t typically go hand-in-hand, Hikade has discovered parallels—being both a diplomat and a business owner requires a certain amount of grit, perseverance, and resiliency.

Hikade founded Petite Plume while still working as a diplomat and traveling frequently. In addition, the Hikade family was raising four small children in rudimentary conditions in third-world countries across the Middle East, Asia, and Africa. Hikade’s attempts to work late at night once the children were asleep were often thwarted by the need to treat the frightening symptoms of Malaria, Dengue Fever, or remove head worms from her son’s skull (i.e., mango fly larva), all the while with limited access to quality medical care. Further complicating her efforts to advance her company was her need to contend with limited access to the Internet, difficulty securing fabric samples, and conflicting time-zones. 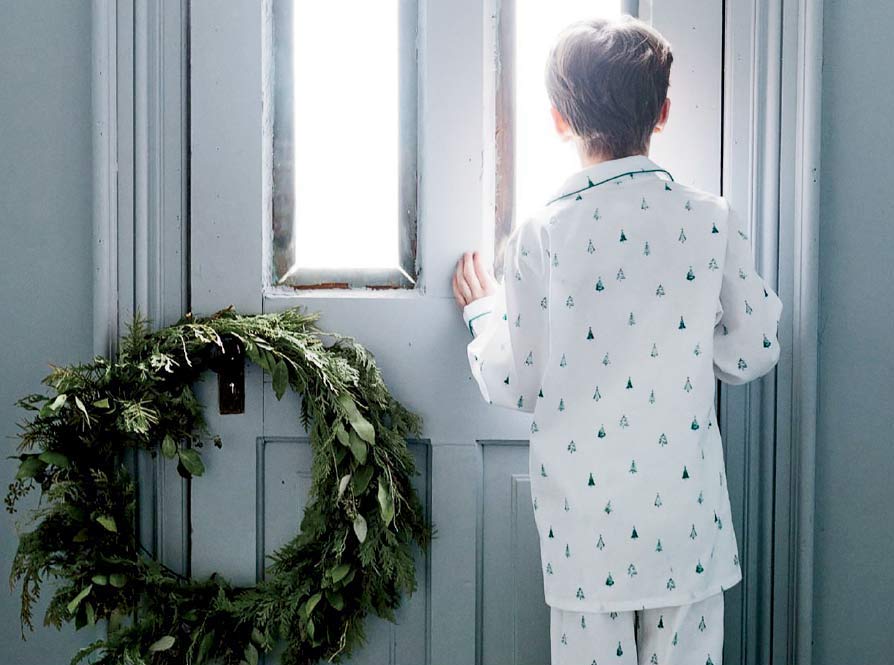 Despite all these challenges, Petite Plume is now an unmitigated success. The company has taken off, surging quickly to be found in over 500 boutiques, as well as flagship stores such as Neiman Marcus, Bergdorf Goodman, and a recent partnership with J. Crew. “Less than one percent of companies ever reach one million dollars in revenue. When we hit that number it was a real achievement, but there was no rest for the weary. We’re growing even faster now and I honestly feel we’ve only just begun. Our target is 100 million and we have a plan to get there,” Hikade shares.

When news came in 2018 that her husband would be stationed in Chicago, this Wisconsin native was eager to establish roots closer to home. They settled on the Village of Winnetka and haven’t looked back once. 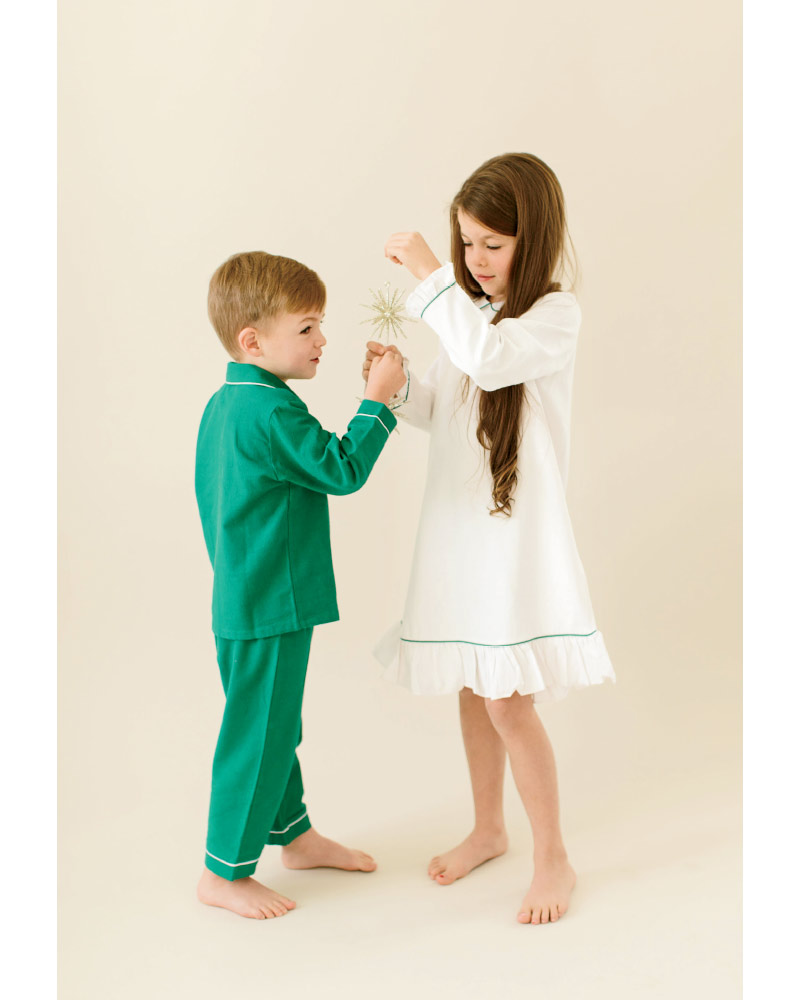 From a work perspective, the ability to conduct business on U.S. soil has relieved many of the obstacles Hikade had grown used to hurdling. She excitedly reports that Petite Plume’s sophisticated, luxurious sleepwear made without chemicals has gained international prestige and a strong celebrity following. Prince George was wearing Petite Plume pajamas when he met President Barack Obama in 2015. Celebrities like George and Amal Clooney, Jessica Alba, and Jimmy Fallon have quickly become fans. Local boutiques like Penny’s from Heaven in Lake Forest and Crème de la Crème in Winnetka also carry Petite Plume.

“We are growing so quickly and have so much interest from new and potential partners. My commitment, however, is to stay focused on quality, ensuring any further partnerships are with individuals who share the same vision,” Hikade shares. 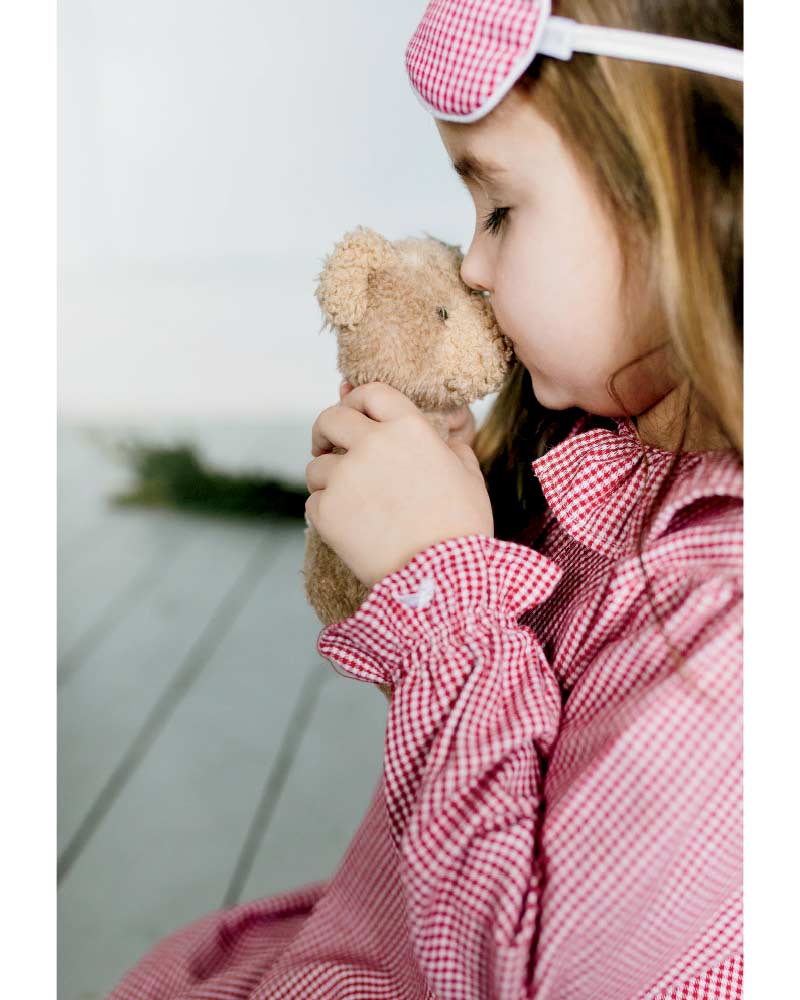 As for her personal and family life, the world has become the Hikade family’s oyster. Their four sons are flourishing in their new hometown. “While
living overseas we had access to soccer, soccer, and more soccer, so now we are giving the boys a chance to try it all. They’ve played hockey, basketball, baseball, football, tennis … and of course soccer. Hockey, in particular, has become a favorite. It’s the first time they have access to a sport played on ice,” Hikade says. “Our new lifestyle is more hectic but so eye-opening in a whole new way. The kids can safely walk to school, the library, and friends’ houses. The beauty and safety that exists on the North Shore is something to be embraced; it’s something our family cherishes.” 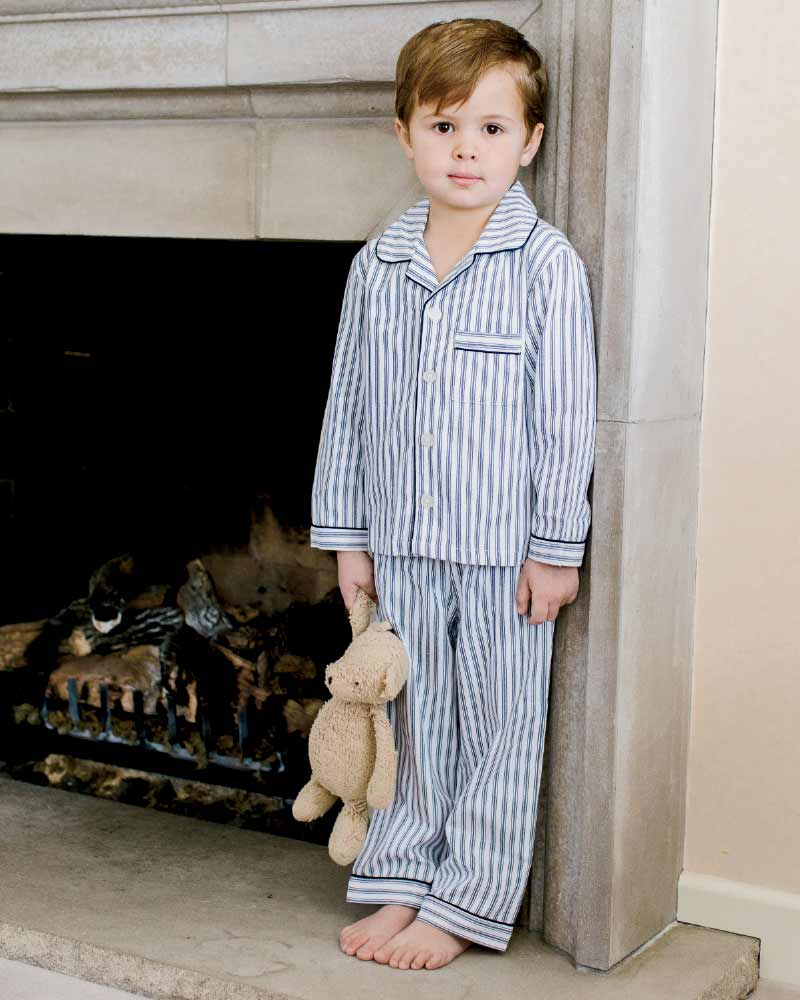 Along with the opportunities available in their new land, Hikade remarked on the deep commitment to what matters most. “I love that our new community is so focused on family. There seems to be a real emphasis on home life. The commitment to philanthropy has also struck me. From what I see, the North Shore is a very special place; one that has small town values but an open-mindedness to cultures outside of their own,” Hikade notes. “I feel a sense of peace knowing I can give my children an idyllic upbringing in Winnetka, while also watching them hold dear the languages, experiences, and beliefs they have been exposed to while living among other cultures. In the end, wherever you live, raise a family, or work, we all want the same for our children—peace, safety, and a sense of wonder that only comes with remaining open to the world around us.”