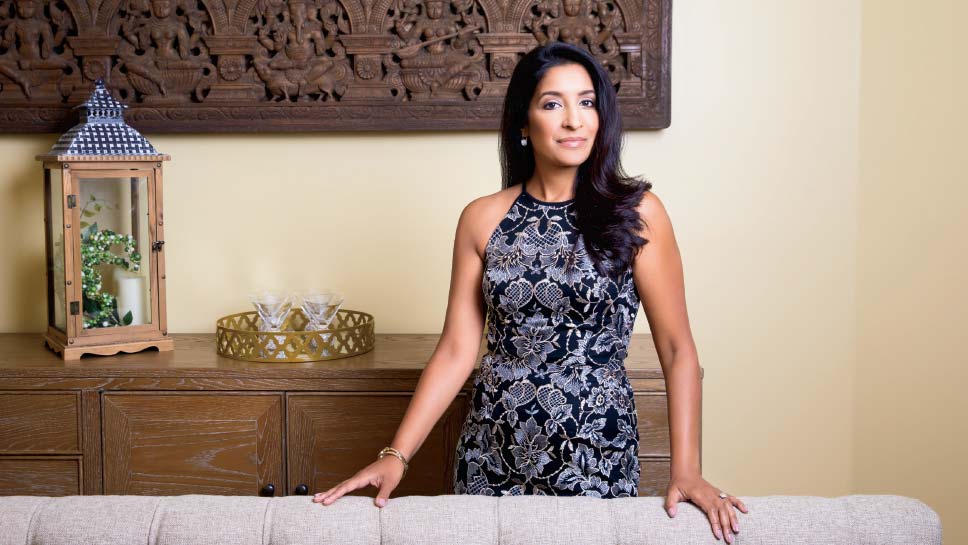 Dr. Sheri Dewan, MD, is one of only 219 practicing female neurosurgeons in the U.S., and the lack of women in the practice of neurosurgery is no accident; in fact, Dewan says she was routinely cautioned against pursuing a career in neurosurgery if she ever wanted to have a family.

“The tagline is always that you can’t be a good mother and a good surgeon,” says Dewan. “That’s how it is presented to women, as if your spouse won’t understand the life and schedule. I just decided that while I’m going to listen to people, I’m ultimately going to form my own opinions. I’m very George Washington-like, in that regard.”

And so, Dewan did everything she was advised not to do: she completed her neurosurgical residency at Brown University, just the third woman ever accepted to the program, and became a practicing neurosurgeon; married a Lake Forest College professor of biology; and later had three children, now ages 9, 8, and 6.

But her path to neurosurgery wasn’t predestined. Her love of science and medicine began with a love of books and a passion for reading. Growing up, Dewan’s parents fostered her interest in learning about the brain and gross anatomy, even at just 10-years-old, by taking her to the local library. Dewan soon knew she wanted to go into medicine, but it wasn’t until a life-changing event in 2000 that she decided to focus on neurosurgery specifically.

“My mom had a ruptured brain aneurysm at age 49 and was rushed to Northwestern Medicine Central DuPage Hospital (CDH), where her life was saved by the late Dr. Douglas Johnson, who performed her cranial surgery,” says Dewan. “He was the first neurosurgeon I’d ever met, and it made a huge impression on me. I decided then to devote my life to studying the brain.” 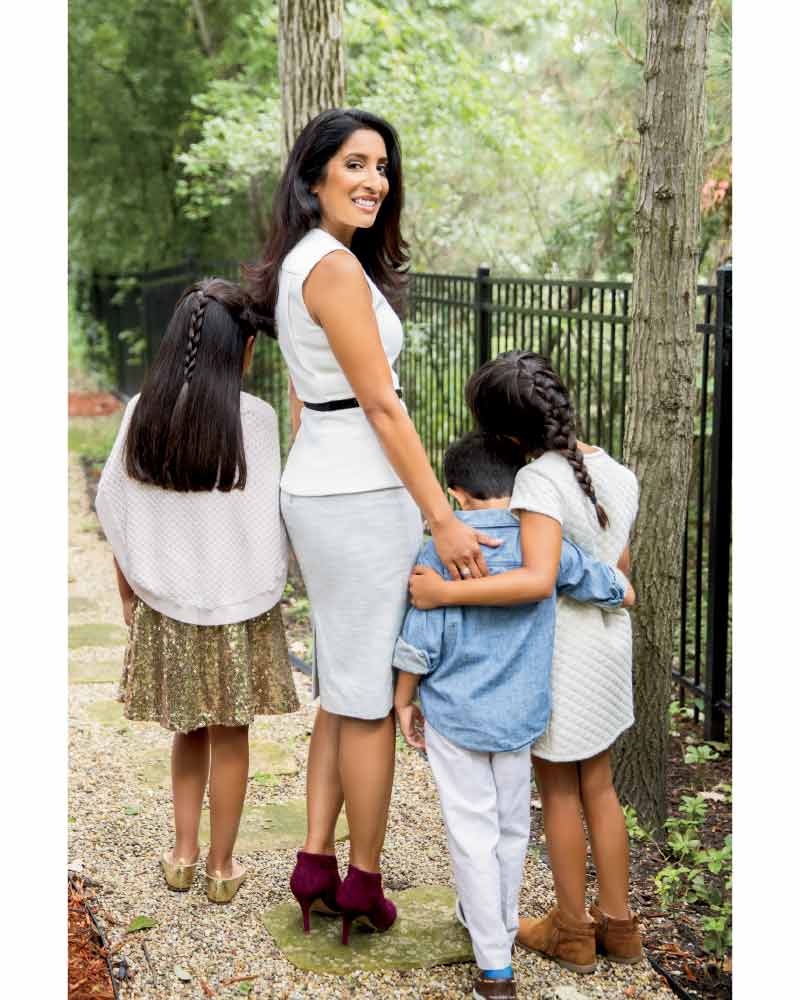 Things have since come full circle. Incidentally, Dewan was born at CDH and has now practiced there herself for seven years, in addition to practicing at Northwestern Medicine Lake Forest Hospital, specializing in pituitary tumors, gamma knife radiosurgery, and minimally-invasive degenerative spine disorders.

While not a clinical specialty, Dewan has also made it her mission to help inspire the next generation of female neurosurgeons. She sits on the board of Women in Neurosurgery, which serves to educate, inspire, and encourage women neurosurgeons to realize their professional and personal goals; has written a series of articles on women’s brain health for Gwyneth Paltrow’s lifestyle brand goop; is working on an event with Go Red for Women to end heart disease and stroke in women; and is currently writing her memoir, tentatively titled Cutting My Own Path.

“There’s been this progression for me throughout my career and life of following my own path,” says Dewan. “At some point, you just have to know in your gut that it’s right and go for it. But I’ve had to learn how to balance multiple facets of my life and, of course, I’ve failed and gone through internal struggles. You sometimes see people at a certain level who appear to have it all, and it’s not magic. For me, it’s a progression 10 years in the making. I’ve had to slowly work my way up.”

Aside from aiming to inspire people to follow the path less traveled, Dewan also hopes to educate women about their brain and spine health and plans to dedicate the next decade of her life to stroke awareness and prevention. Both CDH and Northwestern Medicine Lake Forest Hospital are stroke centers, and Dewan believes the aforementioned awareness and prevention are as simple as lifestyle modifications, like regularly monitoring one’s blood pressure, maintaining a healthy diet, and refraining from smoking.

That said, Dewan recognizes this is sometimes easier said than done, especially with the disparity in health care access globally, which is why she traveled to southern India on a humanitarian medical mission last year through the Amrita Institute of Medical Sciences. According to the World Health Organization, there is less than one physician for every 1,000 citizens in India, and 3,500 neurosurgeons are responsible for a population of more than 1.2 billion people.

“Access to health care is something everyone on this planet should have,” says Dewan. “It was an eye-opening experience for me. There were 170 people in the waiting room, and some had traveled eight to 10 hours simply to be seen by a neurosurgeon. I came back more grateful than ever about my practice and what I can offer patients here.”

Separate from what she can offer her patients, Dewan also serves on the executive board of directors for The Allendale Shelter Club, a foster home for children in Lake Villa. In the little spare time she has, Dewan loves to travel (she speaks three languages), practice yoga, run, and is still an avid reader.

She’s also in the process of learning new surgical techniques and technology through robotic spine surgery and is gearing up to perform one of her first cases. She sees innovation in robotics as the next frontier in medicine.

“The relationship between a neurosurgeon and a patient is lifelong,” says Dewan. “When you operate on someone’s brain and spine, that’s the ultimate in trust to me. The bond is forever.”