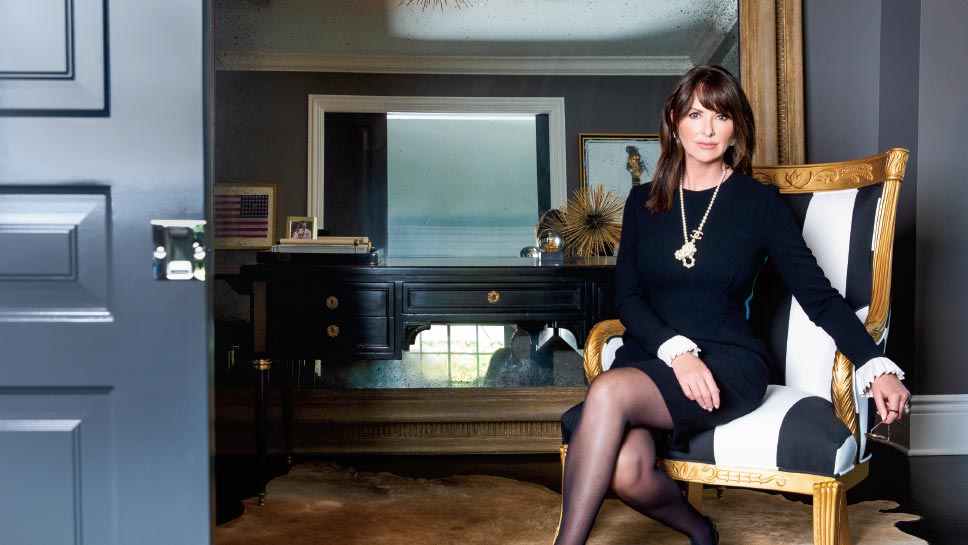 More than 175 lives are lost every day to drug overdose and while Amy Langan has personal experience with substance abuse—she lost a brother-in-law and an uncle to drug and alcohol addiction—she never imagined she’d one day be pioneering new technology that’s already making a difference in combatting the opioid epidemic.

After graduating from the University of Cincinnati in 1987, Langan took a sales representative position with Medline; then transitioned to Baxter, where she stayed for almost 13 years; later, after Baxter sold drug-compounding company PharMEDium, she joined the PharMEDium team as its head of sales and marketing; and as of January of this year, she’s chief marketing officer for Kit Check, which at its most basic, uses artificial intelligence to help track and audit controlled substances.

Kit Check places a chip onto the drug vessel, like a vial, syringe or bag, and follows the drug at every point in its life cycle, from the time it’s manufactured until it’s administered to the patient. For the first time, clinical stakeholders now know at any given moment what’s going on with a particular drug.

Initially, the software was developed for automated drug management and restocking, but the Kit Check analytics team quickly noticed some odd data, specifically suspicious behavior in how scheduled drugs and narcotics were being handled or accounted for.

“Because of this tracking, we were able to see who was interfering with these types of drugs, which was unexpected and not part of our original plan,” says Langan. “Now, a huge focus for us is drug diversion detection solutions.”

According to Langan, health care lost $454 million as a result of doses diverted by health care workers throughout 2018, and as much as 10 to 15 percent of all health care professionals will misuse drugs or alcohol at some point during their careers. That said, Kit Check is shining a spotlight on the kind of value that artificial intelligence and machine learning brings to health care.

“With predictive analytics through Artificial Intelligence and machine learning, we can get to the heart of the problem much faster and in a more predictable fashion,” explains Langan. “If we see something that doesn’t seem right, we’re able to fix it on the spot.”

Kit Check recently signed its first large drug manufacturing deal and hopes to sign three other significant manufacturers by the end of the year.
It’s also working with the U.S. Food and Drug Administration on a year-long pilot program to find out if its technology is more efficient in tracking and tracing the right drugs to the right patient.

“It can be scary to have these big regulatory agencies looking at what you’re doing, but we’re excited to have them come in and help us figure out how to do this better,” says Langan. “We’re very optimistic they’ll see the value in our technology.”

But, for Langan, it’s not just about identifying the problem, she also feels a responsibility to help solve it. Today, only 10.6 percent of youth and adults who need treatment for a substance use disorder receive that treatment. She and her team at Kit Check are currently looking at potential charitable partners, like the Colorado ALTO Project, that will help in the rehabilitation of those affected by addiction.

“Everyone in the world owns the opioid epidemic, and we’re all impacted by it in some way,” says Langan. “It’s worse than the AIDS crisis. We see how it affects families and communities, and we’re trying to put our money where our mouth is by coming together to combat this problem.”

For Langan, the technology sector is a welcome change from what she describes as the “old boys’ club” of the health care industry. While she still thinks tech is male-dominated, Langan believes it doesn’t discriminate.

“It’s such a dynamic field right now, one in which there’s potential to do some really good things. With every new job I’ve taken, I’ve been scared, but they’ve all successively given me the confidence to try something new and to grow in directions I never thought were possible. It’s refreshing and energizing to now be a role model for other women,” Langan explains.

With Kit Check, Langan has also had the opportunity to explore a new city. During the week, she’s based in Washington, D.C., where Kit Check is headquartered, and lives in the Dupont Circle neighborhood, surrounded by neighbors like Barack and Michelle Obama, Ivanka Trump, and Amazon’s Jeff Bezos.

“I tend to take a walk to get my exercise in to see if Michelle or Barack are home,” says Langan. “Every time I see them, they have big smiles on their faces, although I’m not sure they always actually feel that way. And I geek out on seeing the presidential motorcade drive by.”

But on the weekends, Langan returns to her home base in Lake Forest where she lives with her health care executive husband Ted. When in the area she loves to dine at the Deer Path Inn’s White Hart Pub, shop at Valentina, and is trying to learn golf.
“There’s no place like home,” she says.