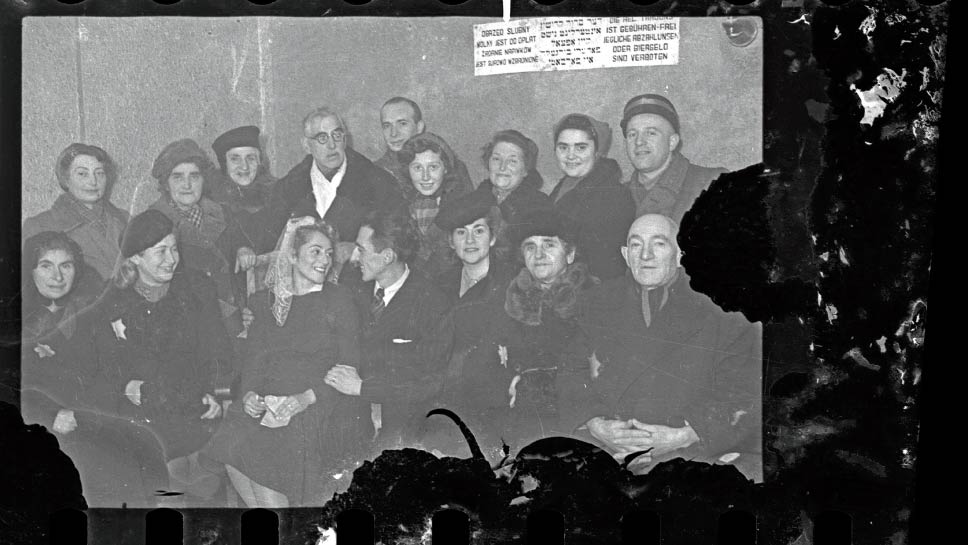 Memory Unearthed, opening this month at the Illinois Holocaust Museum in Skokie, reveals the rare and often haunting photos of Henryk Ross, some of which were captured clandestinely during his years in Poland’s Lodz Ghetto. Henryk Ross, Polish, 1910 – 1991. The marraige of Henryk Ross and Stefania Schoenberg: seated group, 1941. 35 mm cellulose nitrate negative. Overall: 17.8 x 12.9 cm (7 x 5 1/16 in.). ART GALLERY OF ONTARIO. Gift from Archive of Modern Conflict, 2007. 2007/1957.3. © Art Gallery of Ontario

From 1940-1944, Polish Jewish photojournalist Henryk Ross (1910-1991) was on assignment, taking official photographs inside the Lodz Ghetto for the Department of Statistics of the Nazi-controlled Jewish Council. Unbeknownst to the Council, Ross was simultaneously amassing a photographic record of everyday scenes and atrocities, covertly preserving on film the reality of life in the ghetto, at the possible risk of his own life.

During the final liquidation of Lodz in 1944, Ross buried his negatives—over 6,000 in count—along with other artifacts in hopes that should he not survive, his photographic account of what occurred would. When the ghetto was liberated by the Red Army in 1945, Ross was able to excavate and recover his buried negatives with about half of them surviving, one of the largest visual records of its kind to survive the Holocaust. Nearly 300 of these images will be on display at Illinois Holocaust Museum through Memory Unearthed: The Lodz Ghetto Photographs Of Henryk Ross opening this month. 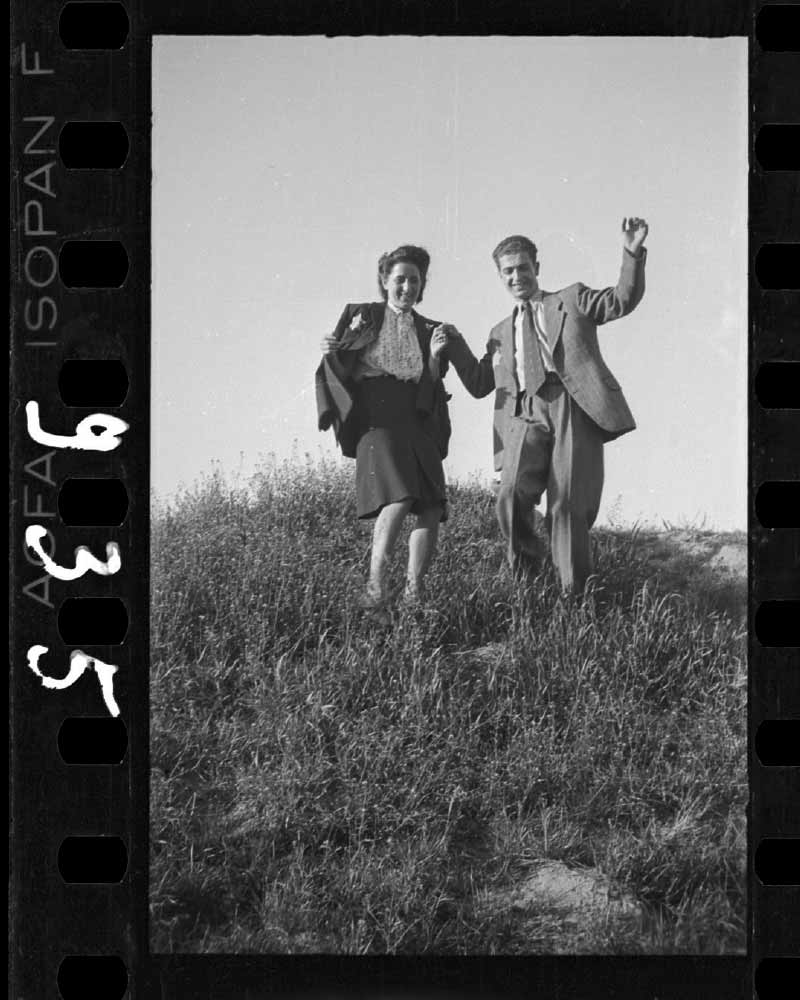 Part of a traveling exhibition from the Art Gallery of Ontario, which holds in its collection the extensive inventory of Ross’ images (a gift of the Archive of Modern Conflict back in 2007) and is responsible for taking on the considerable task of researching, cataloguing, and digitizing the 3,000 surviving negatives, Memory Unearthed first showed in Toronto in 2015. Since then it has traveled across the United States, visiting institutions such as the Museum of Fine Arts in Boston, the Portland Art Museum, and New York’s Museum of Jewish Heritage. This will be the exhibition’s first time in the Midwest.

Walking through Unearthed, explains IHM Chief Curator of Collections and Exhibitions Arielle Weininger, “People will see the propaganda work he was forced to do for the Nazis alongside his clandestine efforts: early photographs of weddings and birthday parties, couples kissing. It is these intimate moments that make up a piece of the resistance he revealed: people continuing with their lives through the direst of circumstances, continuing to hope.” 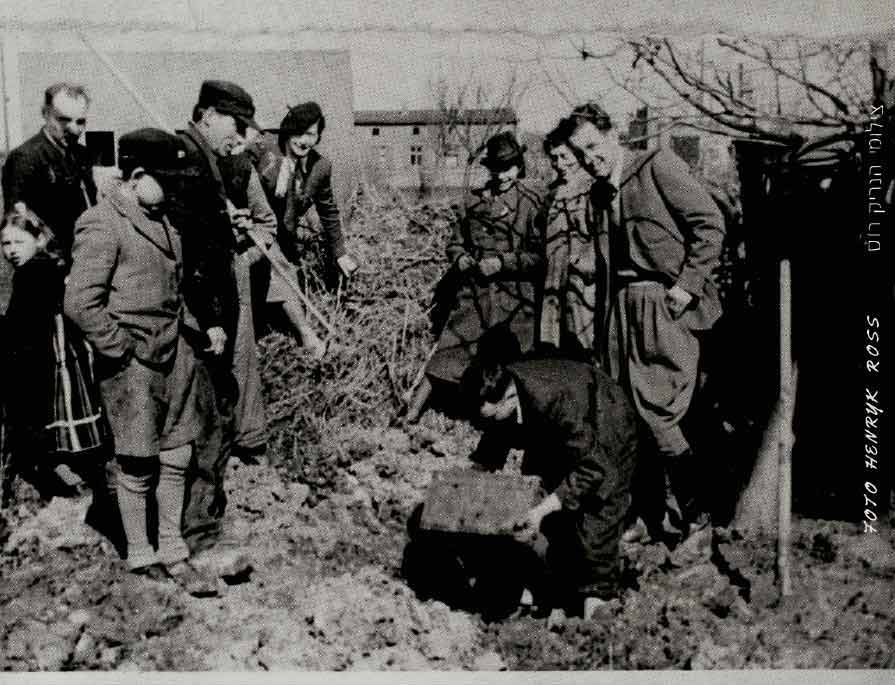 Other unauthorized photographs reveal shoeless workers conscripted into backbreaking labor; public hangings; deportees, including the elderly, being forcibly marched to the train station, destined for death camps; and children in the back of trucks being ripped away from their families. Ross was able to capture this rare footage of deportation by hiding inside a warehouse for hours on end.

“It’s important to remember that when we’re looking at these photographs, that this was an incredible act of resistance by one person, done at great risk, through sheer will and with an immense sense of empathy,” Weininger shares. “After his experience, Ross never picked up his camera again.”

Throughout the exhibition, visitors will have the opportunity to center themselves through these moving, and often difficult, images through maps, timelines, and historical context, and examine artifacts Ross collected, such as notices from the Jewish Council, or Judenrat, led by controversial figure Chaim Rumkowski, himself sent to his death at Auschwitz by the end of the war. These public missives announced deportations, rights being stripped away, unacceptable behaviors, and other warnings to residents. 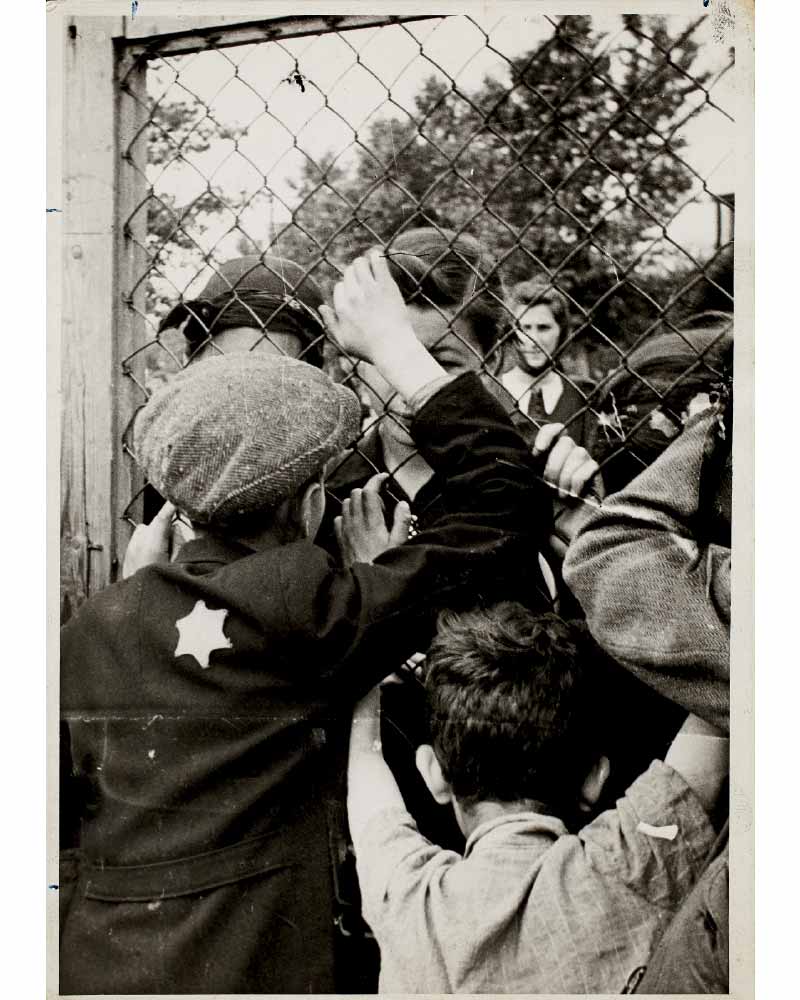 Despite the Judenrat’s eventual ban against music, composers held captive in Lodz continued to write, in a heroic act of cultural resistance. These forbidden compositions provide background music to the exhibition, allowing visitors to experience the sounds of the ghetto as they take in its sights. Other recorded material includes testimonies of local survivors of the Polish ghetto, the second-largest in Nazi-occupied Europe: “Skokie is blessed with this huge survivor population. The public will not only get to see what happened through photographs and read about this part of history but to hear from those who lived through it.”

During his time in Israel from the 1960s to the ’80s, following his testimony in the 1961 trial of SS officer Adolf Eichmann, in which his photographs played a compelling role, Ross revisited his Lodz archives. He selected images from his numerous contact sheets and compiled them into a portfolio, creating a highly personal catalogue of what he saw through his lens. Ten pages of this seventeen-page portfolio will be featured as part of the exhibition.

“The portfolio is not chronological but categorized by what it emphasizes. You can see how Ross’ brain was working at the time. I think it was his way to deal with his experience,” explains Weininger. “What becomes clear, what it seems he most held onto from that period in his life, was not only the horrible labor those interned were forced into, and the tragedy of the deportations, which were, in reality, death sentences, but the enduring love he had for his wife, Stefania, whose portraits are featured heavily in this compilation and served as his lookout in Lodz.”

Of his courage in the face of extreme adversity Ross has said, “I buried my negatives in the ground in order that there should be some record of our tragedy.” And in remembrance is the seed of resistance.