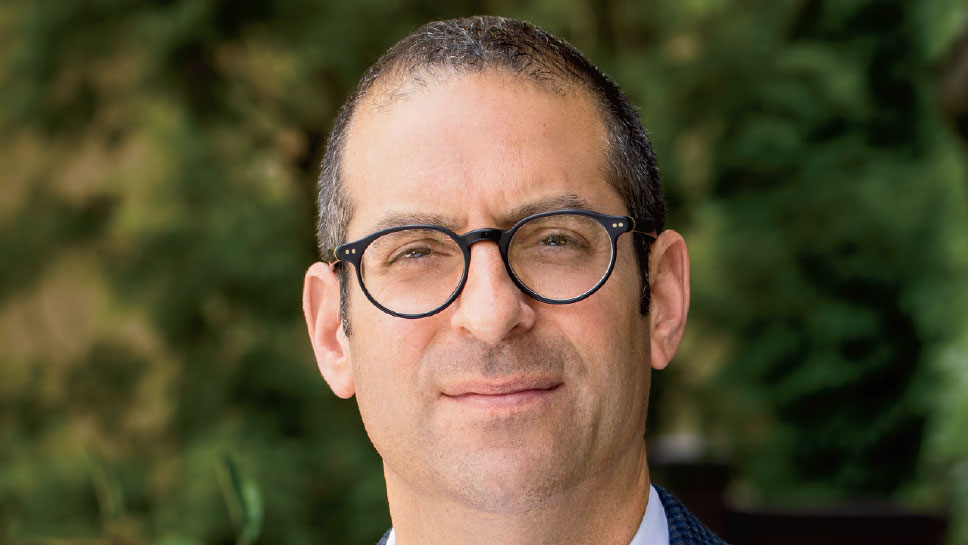 When Michael Sabath was in the 8th grade, his parents went through a contentious divorce. The experience left a deep impression.

When it was over, he knew what he wanted to do for a career.

“I knew pretty early on I wanted to go into law and, in particular, family law—to make a difference,” Sabath says.

Sabath grew up on the North Shore and went to New Trier High School in Winnetka. After getting his undergraduate degree at the University of Colorado at Boulder (where his wife attended and his oldest son now attends), he came back to Illinois and received his law degree with honors from Kent College of Law.

Sabath is the managing partner of the Lake Forest office for Berger Schatz, one of the nation’s largest law firms dedicated exclusively to matrimonial and family law.

His focus is on helping couples who are separating to resolve their issues collaboratively and amicably.

Rather than viewing a breakup as an end, Sabath encourages clients to view it as a beginning to a new life.

“It’s really about helping people transition to the next phase of their life,” he says.

One of the keys to Sabath’s success is keeping people out of “the court system.”

“The legal system is not set up to address all of the issues involved when couples split up,” Sabath says. “My goal is to help clients resolve issues outside of the court system.”

He adds, “What you really want for a client is to resolve their matter early on and avoid the situation where you end up spending money to prepare for a trial and then settle on the courthouse steps.”

One of the advantages Berger Schatz offers is access not just to lawyers, but to accountants, financial analysts, and other professionals who need to be involved in the divorce process. The firm’s Lake Forest office also offers local access to residents of the North Shore, with the backing of its larger downtown Chicago office and lawyers who have a broad range of experience.

“We rely on word-of-mouth for client referral,” Sabath says. “We do what we can to insure our clients are satisfied with our work and the outcome of their matter.”

In addition to his professional work, Sabath is involved in the Jackie Sabath Exhibition Fund at the Arts Center of Highland Park. Named after his late mother, the fund carries on her legacy with meaningful exhibits, social awareness, and educational outreach, including opportunities for underserved children to get involved in art activities.

“My mom was a phenomenal, outgoing person,” says Sabath. “My siblings and I set up the fund in her honor.”

Sabath and his wife also work with Equestrian Connection in Lake Forest, which provides horse therapy for physically and mentally challenged adults and children.

With a senior at Deerfield High School and a junior at the University of Colorado, Boulder, Sabath focuses on family and that focus extends to his work.

“My goal is to help families resolve their issues so that, ultimately, they can share family events together,” he says.