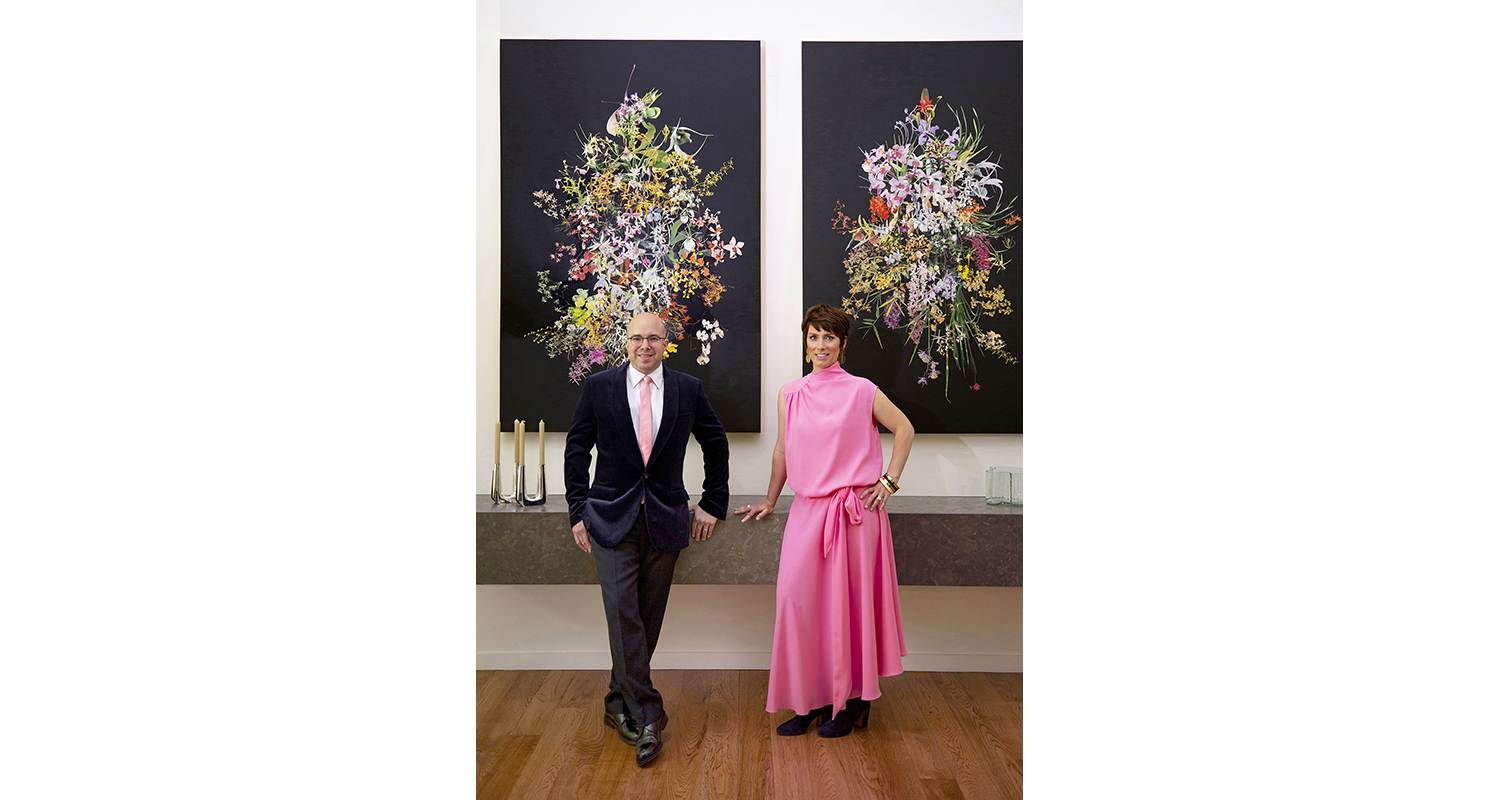 It’s 9:30 on a sunny summer morning and Alicia and Robert Segal are sitting in their Winnetka living room,  talking about the new showroom they are building. It’s for Unison, the modern home goods company the couple founded in 2006, and when the showroom opens in September, it will give visitors the chance to see and touch the carefully crafted minimalist collections shoppers have come to know through Unison’s online store. There are living and dining room furniture collections, tabletop pieces, bedding, and exclusive collaborations designed by local artists such as Chad Kouri, Stephen Eichhorn, and Andrew R. Wright. In all, Unison carries 200 different collections. As the Segals talk about the work, you notice that many of the items they are showing have a clean, simple style very much in keeping with the modern, minimalist aesthetic that’s carried throughout their home.

“That’s no accident!” laughs Alicia, pointing out vases by Maaria Pykäläinen, original quilts using vintage Marimekko fabric by Katy Elo, a rug by Armi Ratia, and a blown glass and ceramics collection from Finland. In fact, Alicia and Robert fell in love over Scandinavian minimalist design. More specifically? Over textiles by Finnish design icon Marimekko, as the two gifted creatives met throughout their high school years to talk about music, fashion, art, and design. 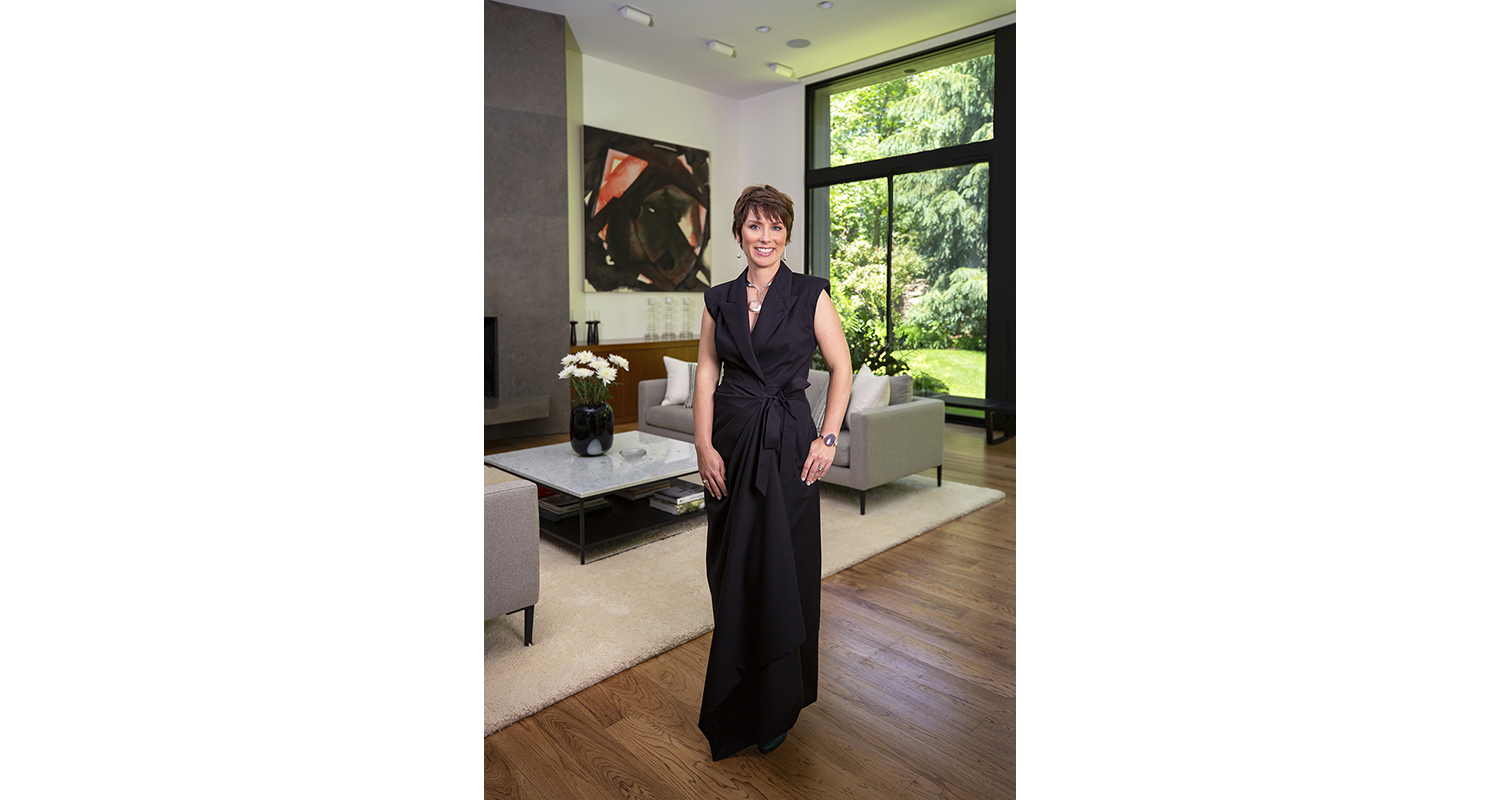 “We were obsessed,” explains Alicia, whose parents, a landscape architect and art instructor, filled their 1950s Glencoe home with good design—furniture by Charles Eames and George Nelson for Herman Miller, and colorful accents like Alicia’s childhood bedding, by Marimekko.

In fact, Alicia liked the bright red and pink design called “Happy” by artist Fujiwo Ishimoto on her bedding so much, “I took my scissors and tried to cut the hearts out of “Happy,” she smiles.

Meanwhile, Robert, whose parents founded Crate&Barrel in Chicago in 1962 and pioneered Finland-based Marimekko’s vibrant textiles and apparel in the United States, had fond childhood memories of both the cheerful fabric patterns and the high quality but accessible home goods design his parents championed.

“Our home was full of simple but beautifully designed functional items, everything from coffeemakers, to chairs, and tables,” says Robert. “I especially remember a Design Research wicker sofa with cushions covered in Unikko, the iconic poppy pattern by Maija Isola that Marimekko was known for,” he notes. While he didn’t take scissors to cut the poppies out of the cushions, he did start collecting.

“I would visit the Crate&Barrel offices and sample room, and if there were Marimekko samples that the buyers didn’t approve or need anymore, I’d bring them home,” he recalls.

So when Alicia made her first visit to Robert’s home, “Robert ran out to fetch this enormous stack of Marimekko fabric samples, T-Shirts, and other apparel. I was so impressed.”

While they laugh about it now, Marimekko’s early influence in the couple’s lives would lead the two up the path that eventually resulted in their launch of Unison. Robert did two internships in Finland, and when the couple finished school at RISD—Alicia with a photography degree, and Robert with an MFA in Textiles, they moved to Helsinki and worked at Marimekko for five years. 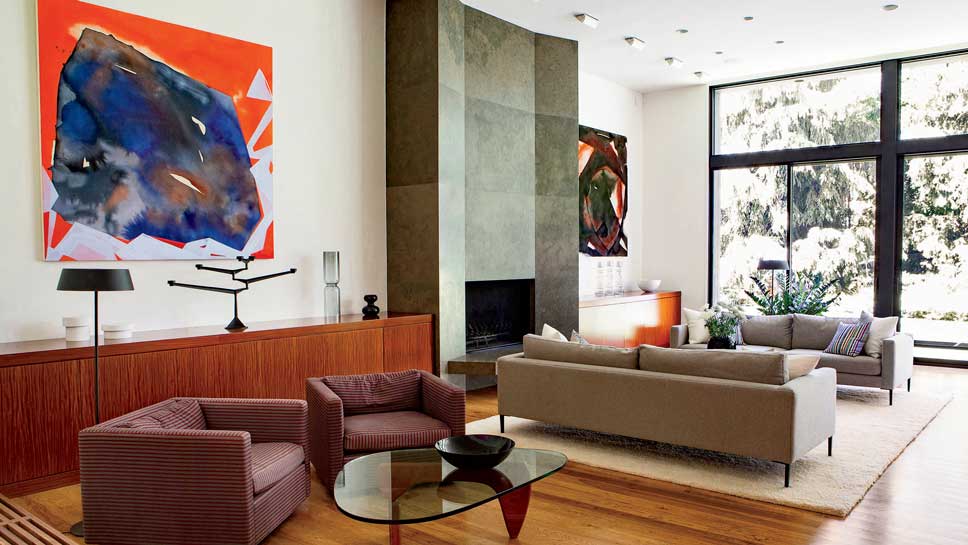 “We were deeply impressed with the culture, the design, the environment, and the atmosphere there,” says Robert. “And as a company, Marimekko always took a very painterly approach to textiles, hiring young creatives who were encouraged to draw and paint patterns that the company had the technology to reproduce.” While there, Robert was given the opportunity to design fabrics, and to help with several product lines.

“It was a very exciting time because Europe was in the middle of a rebirth and new appreciation for Scandinavian modern design—both the original work, and the new creations artists made in that spirit,” says Robert.

Returning to the U.S. in 2004, when modern design magazines such as Dwell and Wallpaper had taken hold, and interest in new Modernism was exploding, “We knew it was the right time to start our own company,” says Robert.

Initially launched with a collection of bedding, Unison began as a wholesale company. But as the couple expanded their offerings to include limited editions of artist-made home design objects, “It just made sense to transition away from wholesale to a direct to consumer business, with the emphasis on online sales,” explains Robert.

With so many talented artists in the Chicago area, the couple started working with local makers and designers. Unison’s upholstered bed frames are manufactured on the South Side of Chicago by a family-owned company that has been in business since 1946. A recent collaboration with Chicago artist Chad Kouri resulted in a unique throw blanket and a hand-tufted rug being introduced this fall.

At the same time, their family had grown to include three children.

“We knew we wanted to move to the North Shore to be closer to our parents,” says Alicia. “But finding an existing home that fit our design aesthetic, seemed impossible. We thought we would have to build.”

Then a small miracle happened. Friends who lived in a Modern-Minimalist home that famed architect Tony Grunsfeld had built in Winnetka in 2003, were moving.

“We couldn’t believe our luck,” says Robert. Built on a well-wooded lot, the home, like others Grunsfeld built, was created with windows and orientation designed to capture the best light at all times of the day. The Japanese tradition of positioning the home’s front door at the end of a bending path was used along with an expansive entryway. Other features include the 13-foot ceilings, a 25-foot wall of windows and a massive stone fireplace in the living room. Floors are of pecan wood, stone accents are fossil, and because the house was originally built for a gallerist’s art collection, lighting is designed to showcase artwork.

“When we moved into the space, we were coming from a loft in Chicago, but had no paintings or artwork, except for the textiles and blown glass we had collected from Scandinavia,” says Alicia.

New furnishings in their home now include Irving sofas, LaSalle floor lamps, a Kolmar dining table, and 811 dining chairs all from Unison.

And given the vast expanses of clean wall space and gallery lighting, they invested in paintings, drawings, photography, and other works by artists they admired. Large abstract paintings by Katie Loomis welcome visitors in the entry alcove and flank the living room fireplace. In the dining area, twin large-scale floral collages by Stephen Eichhorn are mounted. Photography by Debbie Carlos as well as work by Matthew Hoffman, the custodian of the You Are Beautiful campaign, are also displayed.

“When I grew up, my mother had an easel for us in the backyard and my father used to bring home his hand-drawn design blueprints for me to color,” says Alicia. “They always encouraged us in our art and experience of beautiful interior and exterior spaces. It feels good to raise our children with a similar outlook.”

Looking ahead, Alicia and Robert hope to bring good design into the consciousness of more Americans through Unison.

“We believe versatility and quality are what people are looking for,” says Robert. “We strive to create and offer product that is warm and approachable through honest materials, quality craftsmanship, and a neutral color palette—all of this to fit harmoniously into each individual’s home.” 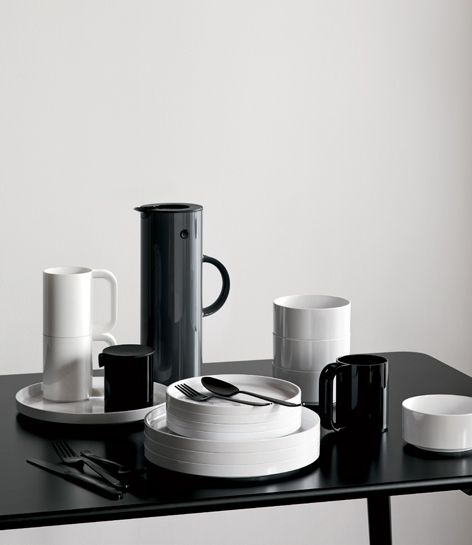 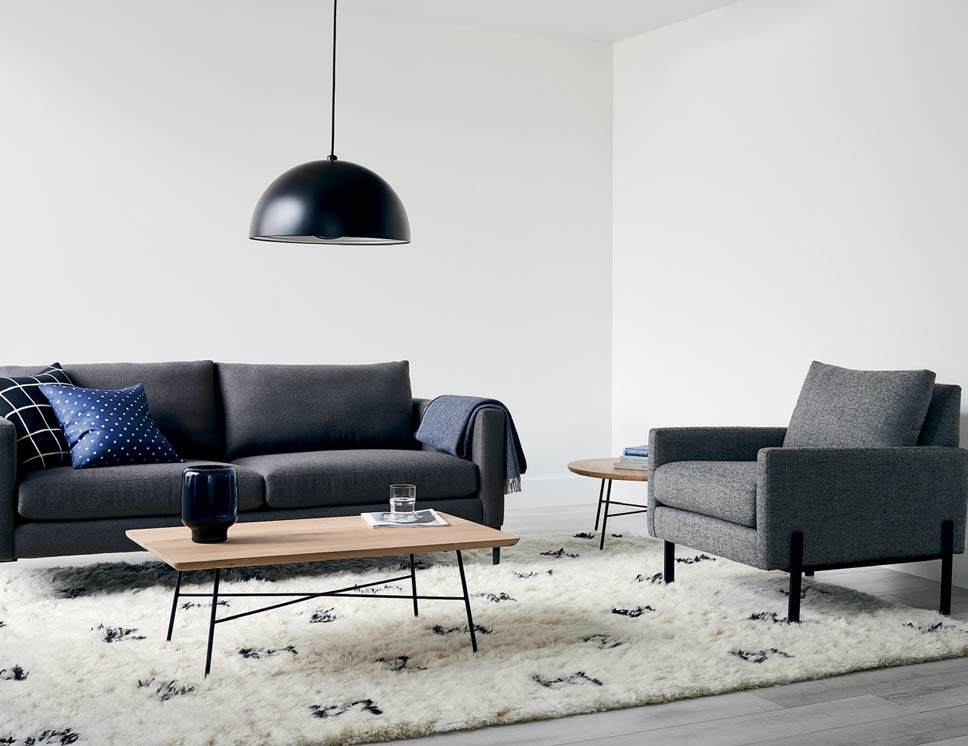 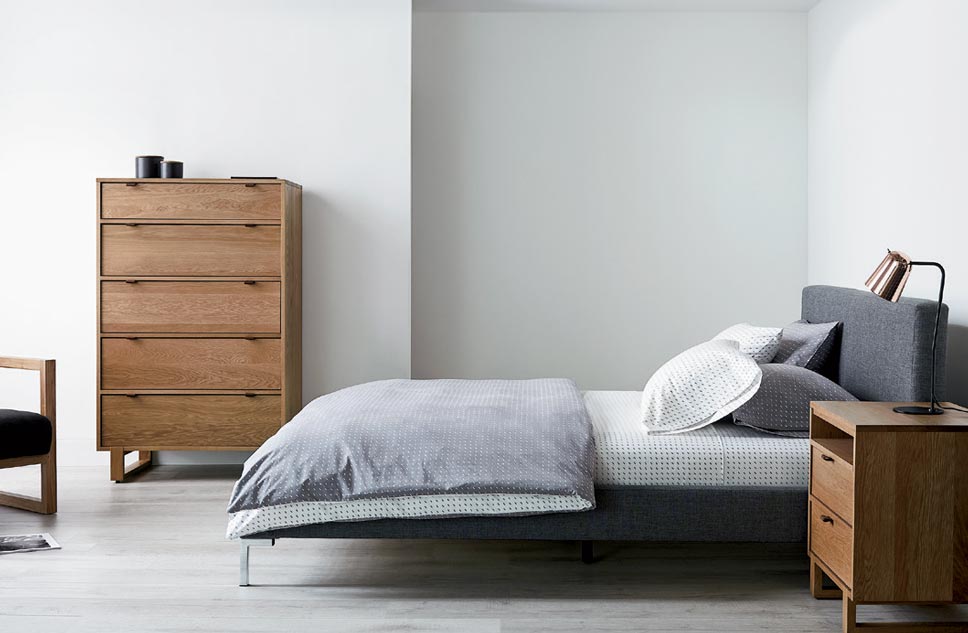