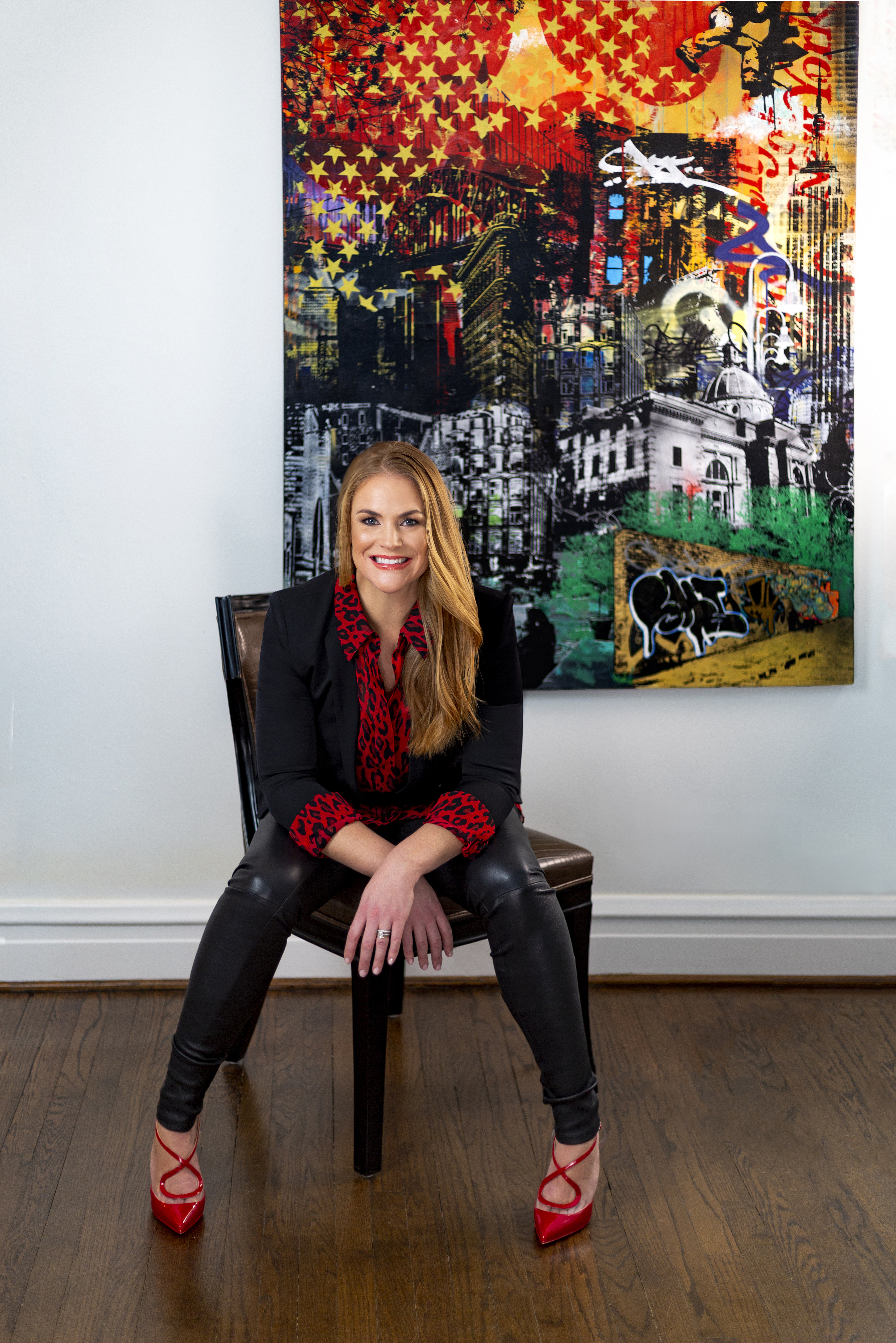 When you are born with red hair, fair skin, and blue eyes, it’s a given that summer in the sun will be spent covered up. Sticky sunscreens, long sleeve shirts, hats, and bulky wraps were all part of her childhood territory, says Anne Reilly, CEO of Mott50, the style-forward swim and activewear company she co-founded in 2011.

“I knew there had to be a better, more fun, and stylish way,” says Reilly, chatting in her Kenilworth home between designer talks, and collecting children from school. 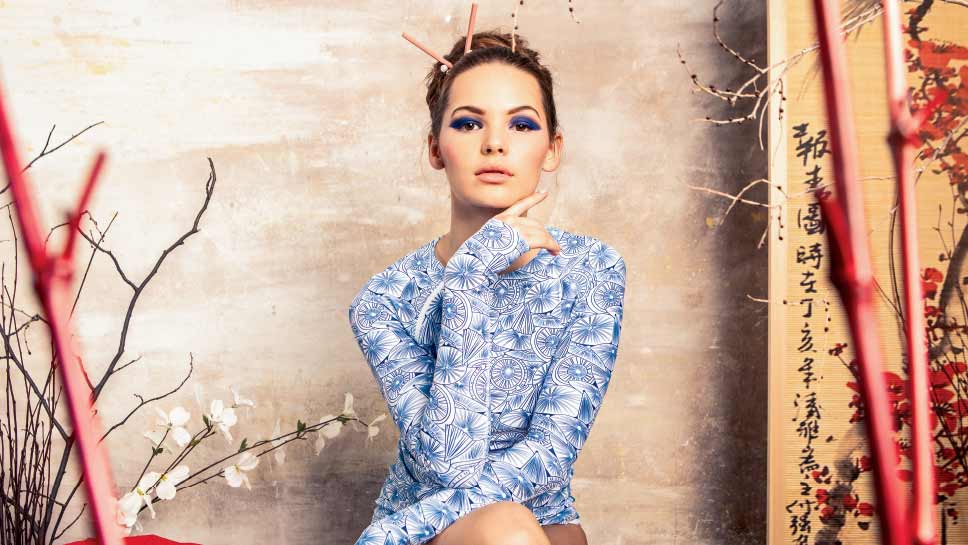 “I remember the summer I decided to make that happen,” Reilly recalls. “We were on Cape Cod at my grandma’s, where I spent so many summers. My mom’s whole family is very fair. My mom was diagnosed with melanoma a few years ago and I lost my aunt to melanoma, so covering up was crucial. But I was observing how crazy everyone looked—all covered up, in very unflattering clothes. I thought, “Why not create stylish clothing with a dual purpose? Fun, lightweight, something you’d actually enjoy being seen in, that was also skin-safe.”

The next week, Mott50 was born. And with that, “stylishly fun ” and “sun-protected” became synonymous. With the tagline “Chase the sun!” Mott50 has blossomed into a leading maker of colorful, bold, sun-protective apparel for swim, surf, sport, and play. 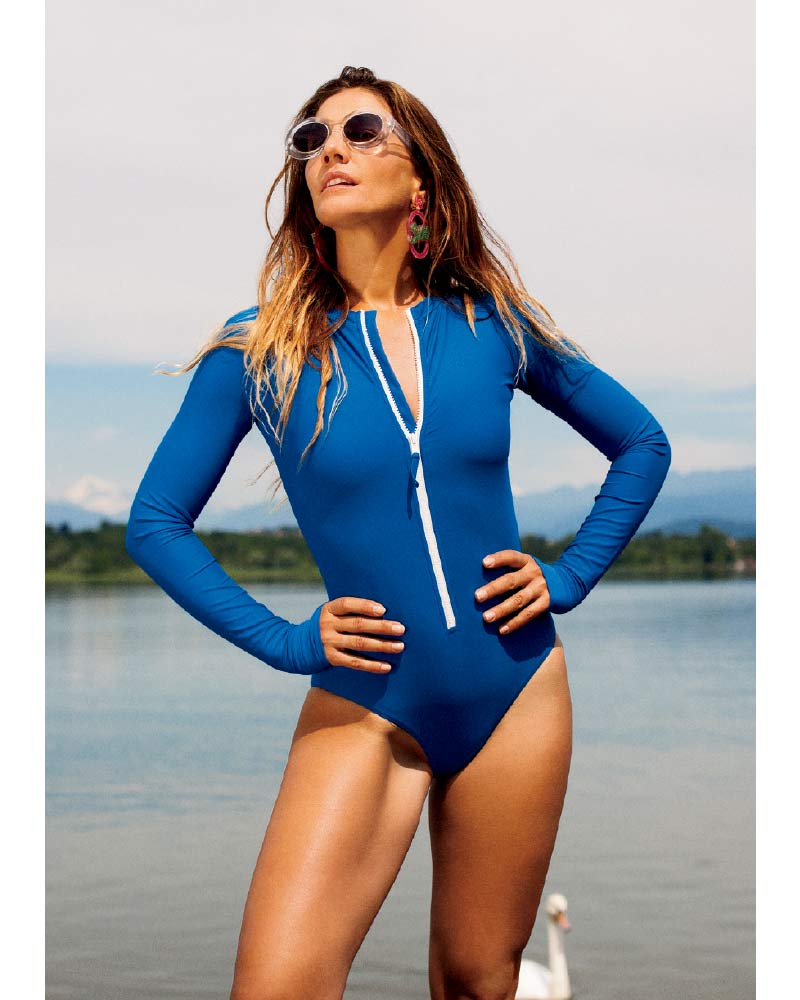 Even better—collaborations with top designers mean new collections keep the line fresh with a high-fashion cache. 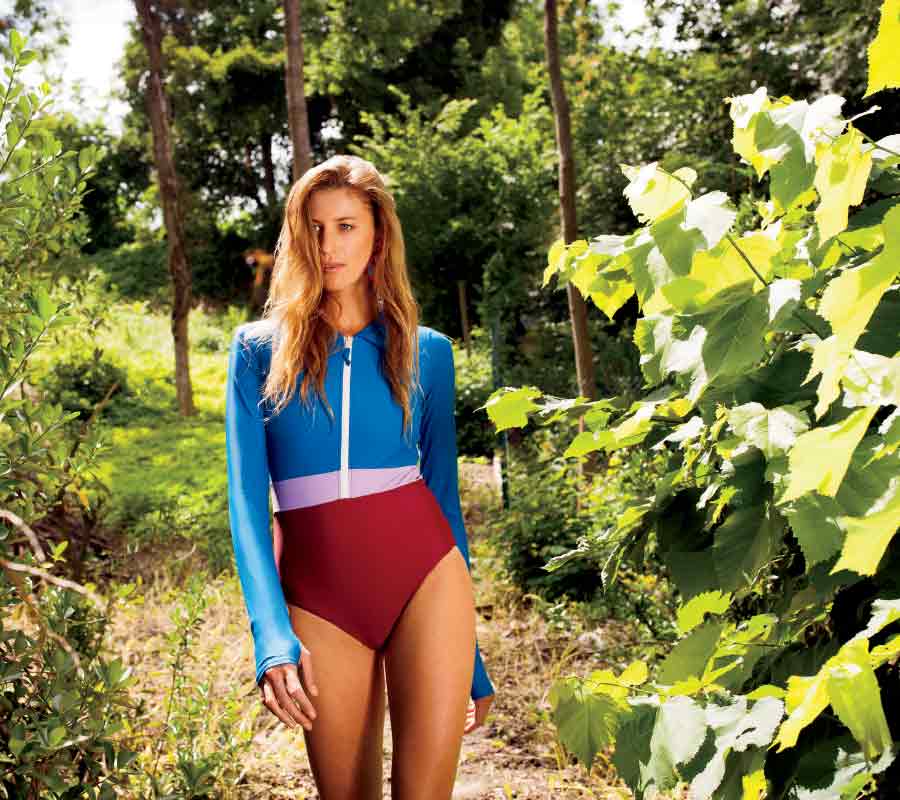 Introduced to Missoni through a mutual friend, Reilly says the collaboration was “truly a dream situation. I love the whole Missoni vibe,” says Reilly. “I went to Italy to work with Margherita on the assortment and we did the photo shoot in her hometown Varese, a tiny village outside of Milan.”

Reilly’s playful designs and creative collaborations with Missoni, Roberts, and others, have resulted in celebrity endorsements, placements in leading fashion magazines, and booming sales.

Whimsical avocado fabric designed by Gretta Kruesi, an artist who painted wildlife panels in Reilly’s home, became a line of swimsuits and yoga pants for Mott50 that model Chrissy Teigen fell in love with and wore with her baby, Luna Simone, in a photo for her newest cookbook, Cravings 2, the long-awaited follow-up to her 2016 release, Cravings: Recipes for All The Food You Want to Eat. 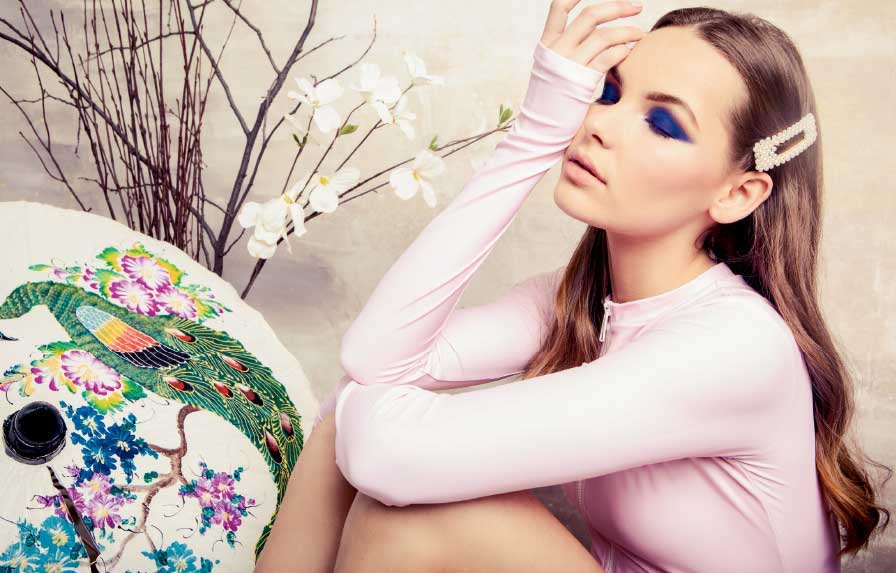 “Chrissy Teigen and Luna in those avocado suits!” laughs Reilly, “We garnered over 1 billion impressions online with Chrissy’s unpaid endorsement of our products. It has been just so much fun.”

Initially launched with a simple assortment of practical clothing, Mott50 expanded to include a key selection of “Never-Outs”—long-sleeved t-shirts, short-sleeved t-shirts, cover-ups, and pants, plus a robust swim assortment. And new this summer? Mott50 is introducing its first ever menswear collection, plus tennis and golf wear.

“We have been working on menswear for years,” says Reilly. “We wanted to make it perfect before we launched, so this is very exciting for us. It’s also an example of how we continue to evolve with new fabrics all of the time.” 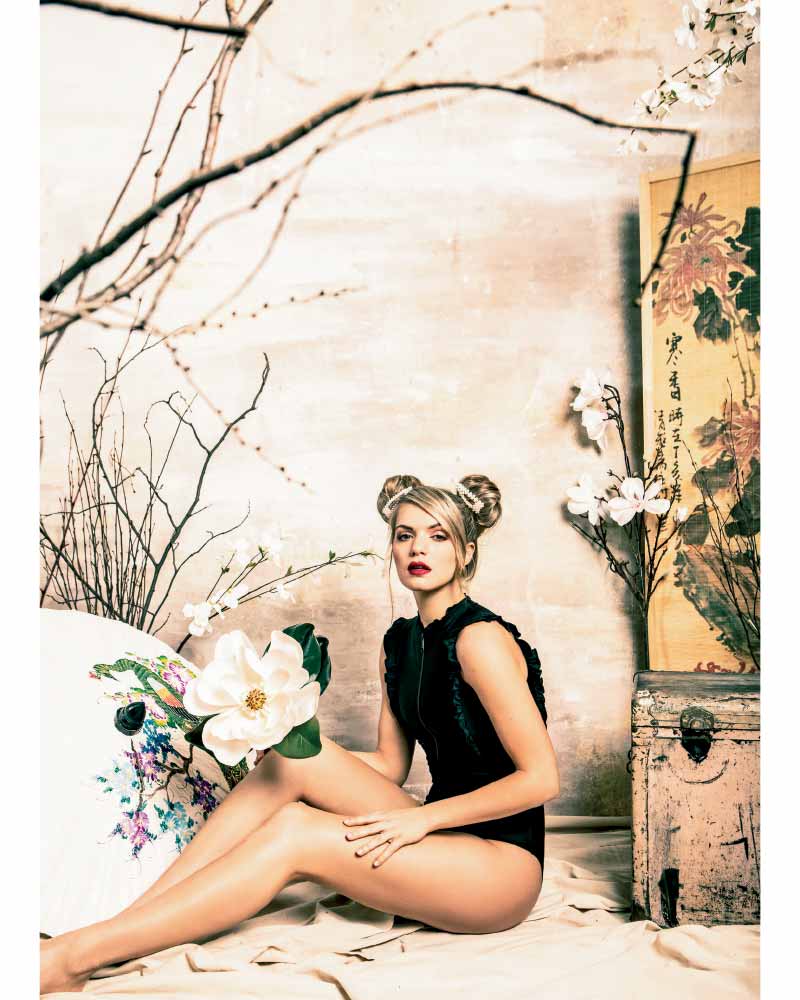 All Mott50 clothing is UPF50—the highest certification offered by the American Association of Textile Chemists and Colorists, blocking 98 percent of UV radiation from reaching the skin. “This means it blocks both harmful UVA (which cause aging) and UVB (which cause burning) rays,” says Reilly, adding that the swim collection is also quick drying and anti-microbial.

Selling Mott50 clothing has been an ongoing evolution. Items are available in more than 250 boutiques, country clubs, and stores—including Nordstrom. Plus, Reilly has done pop-up stores in key markets during peak seasons—Los Angeles and New York in 2015, Plaza Del Lago here on the North Shore in 2016, Nantucket and the Hamptons last summer, and right now? Palm Beach. She has explored the idea of doing a brick-and-mortar location but still believes that online sales have the most potential.

“Before launching Mott50 I was on the digital team and e-commerce division for Conde Nast, working on all of the dot coms for the magazine,” says Reilly “I really saw e-commerce as the future—and that’s totally proven to be true!”

And while the split between sales in stores and e-commerce used to be 60 percent stores versus 40 percent e-commerce, that completely flipped in 2018. Contributing to this, Reilly overhauled and redesigned the company’s website in 2017 which yielded strong results.

But Reilly gives even more credit to a never-yielding focus on fun. Keeping designs fresh through continued new partnerships is also key. While she can’t yet reveal who they are, Mott50 partnerships with two more designers will launch this May and June. Mott50 has also partnered with online children’s boutique Maisonette, to sell kids swimwear in whimsical new unicorn beach party, avocado, and other prints.

New Mott50 collections are released three times each year. The Resort Collection in October, Spring Collection in March, and Summer Collection, late May.

“We are so excited about 2019! Spring Collection is inspired by Tokyo (both clothing and swimwear for women and children), and we will also have a 4th of July infusion,” says Reilly. “I think we have made great strides in removing the stigma around sun-protective clothing. In the past, people thought it would be too hot or would look weird. By putting the focus on ‘fun’ and ‘fashionable’ we’ve changed that to, ‘Wow, here’s outdoor apparel that’s cute, fun, and good for you.’ That’s a pretty significant shift.”