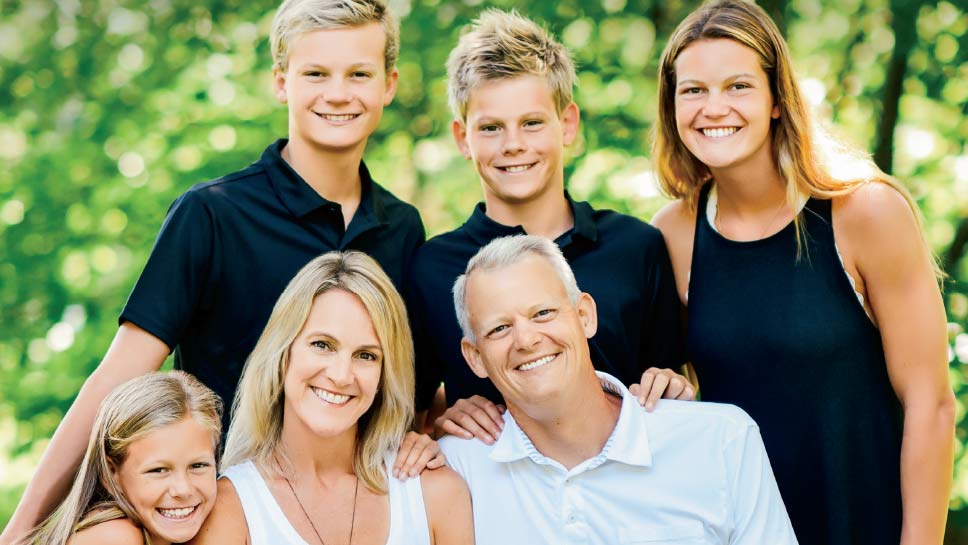 Weekends will often find athletic 6ā4ā Phil Andrew pacing the perimeter of Northwestern Universityās 50-meter, 8-lane pool overlooking the bluffs of Lake Michigan. With a rolled heat sheet in hand, he encourages and mentors young swimmers in his role as volunteer coach.

Four of these accomplished swimmers are Phil and his wife, Michelleās, children. Itās a sight to behold, with the entire family āall in,ā as they rally around the team. āItās a strong community where kids and families alike have a safe, supportive place to take chances, learn from mistakes and build relationships,ā Phil observes.

Raised in Winnetka alongside six towheaded siblings, Phil was a standout athlete. Childhood summers were spent lifeguarding at Winnetkaās Tower Road Beach. A Loyola Academy swimming and water polo captain, he earned a coveted athletic scholarship to the University of Illinois at Urbana-Champaign. At that time in his life, according to Phil, his biggest concern was swimming fast.

Philās life was dramatically altered when his family was taken hostage by the woman responsible for a 1988 mass shooting at Hubbard Woods Elementary School. Laurie Dann shot six children, killing 8-year-old Nicholas Corwin, before storming the Andrew home. When Dann burst into his familyās home, Phil had no idea a mass school shooting had taken place just blocks away.

According to Phil, his mother had a remarkable presence of mindāexhibiting behavior he later taught to law enforcement as a technique to de-escalate a crisis. āMy mother was incredibly empathetic. She communicated calmly and with compassion, and eventually got Dann to call her own mother,ā Phil explains. Staring down the barrel of Dannās gun, Phil was able to convince Dann to let his mother and father go if he stayed. While police were positioning around the house, Phil tried to disarm Dann. She shot him with the bullet hitting his chest puncturing his lungs and esophagus, barely missing his heart. 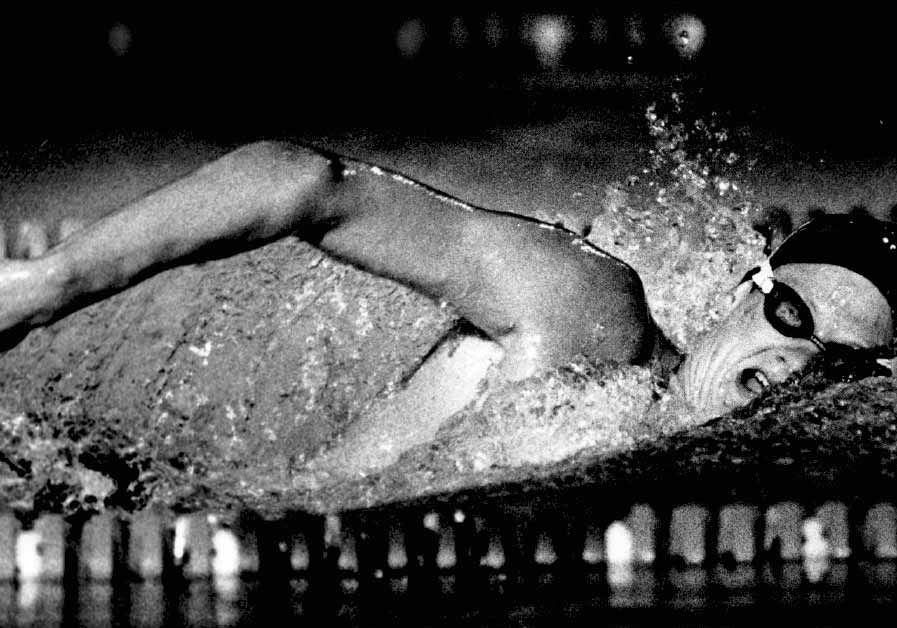 Phil Andrew competing at U of I circa 1988

While the extensive recovery period was both physically and emotionally grueling, Phil returned to both school and swimming where he posted two Illini school relay records. After graduating with a degree in History and Political Science, Phil attended DePaul University College of Law. There he met his wife Michelle, a Southern Methodist University graduate from Deerfield, Illinois. They have been married for 25 years. The couple have four children. Eldest daughter Olivia is a member of the UCLA Bruins swim team while sons Everet and Lachlan share the pool at Loyola Academy and daughter Georgia anchors the relay with what Phil describes as a ābeautiful stroke.ā

The FBI was a perfect career for Phil as it combined his passions for law enforcement and violence prevention. Over the course of 21 years at the FBI, Phil served as an undercover agent and investigated public corruption, financial crimes, crimes against children, counterterrorism, and counterintelligence. As a FBI crisis negotiator, Phil was deployed on high-risk hostage takings and trained hundreds of law enforcement officers in de-escalation and crisis negotiation. Philās career with the Bureau took the family to several different states. Mirroring Philās dedication to his career, Michelle took the bar and became licensed to practice law in each new state the family called home.

Returning to the North Shore in 2011, Phil went to work at the FBIās Chicago Division where he served on the FBI Joint Terrorism Task Force and supported the Bureauās Intelligence Division in violence prevention efforts. Today his firm PAX Group focuses on helping leaders and organizations build resilient and safe cultures. Among his first clients was the Archdiocese of Chicago, where he is currently working as Director for Violence Prevention.

At the time he was appointed, Archbishop of Chicago, Cardinal Blase J. Cupich said, āI am delighted to welcome Phil, someone with years of experience working to address violence, to lead the archdioceseās peace-building efforts. He has known firsthand the impact of violence as a shooting survivor himself and will help build bridges as we strengthen a culture of peace across the Chicago area.ā

In his current role, Phil provides strategy for the safety of 209 schools and 340 parishes in Cook and Lake counties and leads efforts to inspire and coordinate inter-religious efforts to support the hard and fragile work underway in Chicagoās most violence affected neighborhoods. Examples of these efforts are Chicago CRED and the Partnership for Safe and Peaceful Communities, an unprecedented undertaking of forty-plus private foundations to fund and coordinate evidence-based violence prevention programs beginning with street outreach and reaching to cognitive behavior therapy, job training, and life coaching.

Phil says, āFor many of the participants, this is a first chance in life. No one has ever loved and coached them through mistakes.ā According to Phil, these efforts combined with police and firearm policy reforms have reduced gun violence in those areas by approximately 30 percent and lowered Chicagoās homicide rates to below the 2016 record spike. āThere is more work to do to reduce Chicago violence to match the record lows of New York and Los Angeles, so we have to make violence prevention a public sector investment priority and stay focused on the highest risk populations,ā Phil explains.

Looking toward the future, Phil and Michelle hope to continue to make waves on the North Shore. In 2018, as a board member of the Ouilmette Foundation, which supports scholarships and beautification programs for the Wilmette Park District, Phil started the Wilmette Open Water (WOW) Race, a one-mile fully supported and timed swim race that attracted over 100 swimmers, including Michelle, from the Chicago and North Shore areas. Nearly 200 swimmers are expected on June 22 at the WOW 2019 race.

Following Ciceroās dictate that āthe safety of the people is the highest law,ā Phil continues to make waves of change by leading the way to increased peace and public safety through advocacy, awareness, and investment in evidence-based solutions.