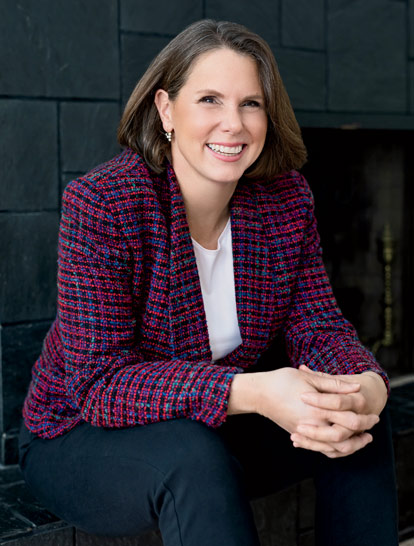 Marcia Cleveland has always been a swimmer. Growing up, throughout high school and all four years of college, you could find her in the water.

In her early twenties, she took to open water swimming, plunging into oceans, lakes, and rivers, seeking their challenges. After moving to New York and joining a Masters Swimming program there, she did her first solo swim in 1991, around the island of Manhattan at a distance of over 28 miles.

It was that inaugural swim that gave her the confidence to tackle the English Channel, the pinnacle for marathon swimmers. With that goal in mind, Cleveland trained hard for three years, deciding to go for it in 1994.

From there, she says, “I really got onto a kick of doing these swims and became involved in the community. People starting coming to me for advice—it all snowballed in a really nice way.”

When she had children with husband Mark Green—Julia, now 21, and a junior at Kenyon, where she is a swimmer, and son Sam, a senior at New Trier, and a runner like his father—Cleveland says swimming took a backseat so she could focus on family.

It wasn’t until Julia went off to college in 2016 that she decided to dive back in. The following summer she did two major swims, Lake Tahoe and Long Island Sound, 21.4 and 17 miles, respectively. “From there, I set my sights on the North Channel,” she explains.

The North Channel, a strait between northeastern Northern Ireland and southwestern Scotland, is known as one of the most difficult organized swims in the world. And training for a swim like this is no easy feat. “It is a grind—you can’t let up,” Cleveland explains. “I swim 40 to 45,000 yards a week during heavy training.”

She swims outside for several months of the year, measuring the distance in advance. She uses no apps or devices, just a logbook, a practice she’s done since age 15.

She shares, “I’ve been successful with my swims in the past—I plan things out, train hard, and get the support I need. But the water temperature in the North Channel was 53 degrees during my swim. I was okay for the first several hours, but it takes its toll.” Note: swimmers are only allowed to wear a standard bathing suit, cap, and goggles—no wetsuits are permitted.

“The hardest part comes at the end when the tide is starting to turn and you have to push it hard at a time when you’re at your most vulnerable. You feel like an astronaut losing oxygen. I had to use everything I had physically, but I made it. I feel lucky to have made it.” She finished the swim in 15 hours and 3 minutes. 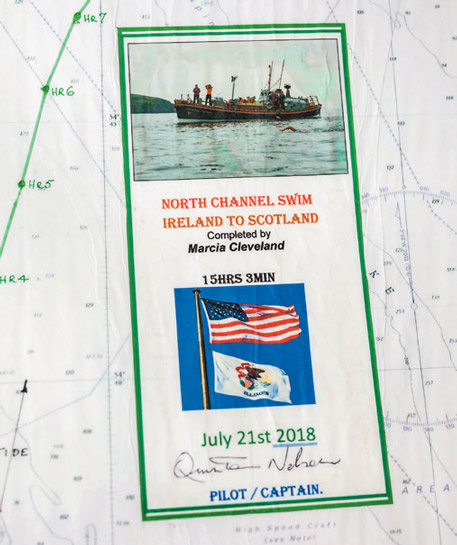 Just over New Year’s, Cleveland completed what she refers to as a “reset:” a 24-mile Tampa Bay marathon swim. With this under her belt, she has now concluded the Grand Slam of marathon swimming: English Channel, Catalina Channel (2005), Manhattan, and Tampa Bay.

“I always ask myself: What did I learn from the last one and how can I apply it to the next?” she adds. “I wasn’t particularly blessed athletically. It’s just about applying yourself. In life, we have to be accountable in order to achieve our dreams.”