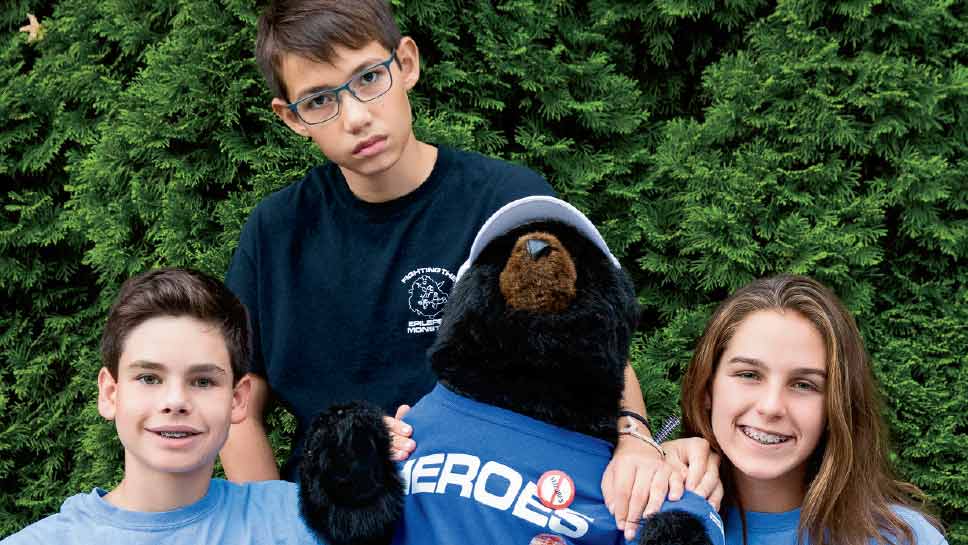 Fourteen-year-old Henry Iida is a hero, a survivor, and one tough cookie. Diagnosed with Epilepsy when he was only five, he was not going to stand idly by. PHOTOGRAPHY BY ROBIN SUBAR

Receiving his initial diagnosis in June of 2009, by November his seizures had escalated to several per day: “By Thanksgiving, he had stopped talking and was losing bodily functions. We were rushed to Children’s Memorial—Henry was basically seizing nonstop. They tried several drugs but nothing worked. He was placed in a drug-induced coma to basically shut off and then restart his brain. He spent one month in the ICU and a total of five weeks in the hospital,” mom Nancy shares.

From there he had to learn to walk and talk again, spending months in rehab relearning the basics. After a two-year seizure-free spell, he was weaned off heavy medications, and was seizure- and drug-free for over a year. But entering third grade, the seizures returned, mild at first, then grew into grand mal seizures. “Henry had one during gym, in front of the entire class. We had to come home in an ambulance—a two-minute grand mal seizure is equal to running a marathon on the body. You are exhausted.”

That day his classmates showed up to his house with cards, posters, and Legos, all wanting to “fix” their friend. After another episode a mere three weeks later, Henry was fed up. “I was angry and wanted to do something,” he says. And so, a life’s mission was born. Officially the Heroes Foundation but known to all as Henry’s Heroes, or HEROES (Henry’s Educating Research and Outreach to End Epilepsy Soon), the organization rose out of a realization—and a drawing: knowing he had champions in his friends and family, he came up with a design that would become the organization’s logo: Henry and pals fighting the “Epilepsy Monster.”

In describing Henry, words like “kind,” “funny,” and “brave” pop up. Fellow “Hero” Penny Popoff says, “He is always smiling and happy, his strength inspires me, and he always makes me laugh.” Asher Waimon, a 13-year-old Lake Forest Country Day School student, says: “I have learned to be more grateful. Grateful for the things I can do, what others can do, and what we can do as a team. I am grateful to be part of Henry’s team and be strong for each other and others out there.” Ava Summers adds, “It has been an incredible experience and getting to know Henry has made an impact on my life.”

Now 75 kids strong, HEROES “ambassadors” are selected every year to become team leaders, choosing, planning, and executing fundraisers targeted towards awareness and support programs. “I use HEROES to teach kids about using their talents to make a difference,” Nancy explains. “Choosing to be kind and not just judging from outside appearances is important. That is my goal, along with maybe curing this thing.”

In addition to his Herculean efforts, Henry likes spending time with family: his parents; brother and sister, 21-year-old twins Luke and Dominique; and his two lizards, Lumpy and Lester. His favorite subject is social studies and he runs track in the spring, something he looks forward to every year. Outside of school, you can find Henry playing Minecraft or spending time with friends.

“It is fitting that Henry is named after a Japanese warrior, Musashi. He was famous for always entering a battle with two swords. I consider myself to be Henry’s second sword, helping fight this beast with him, especially when he is not able to. Henry has always been, and continues to be, a fighter since this battle began.”

To learn more about HEROES and its November activities during Epilepsy Awareness Month, visit henrysheroesfoundation.org.