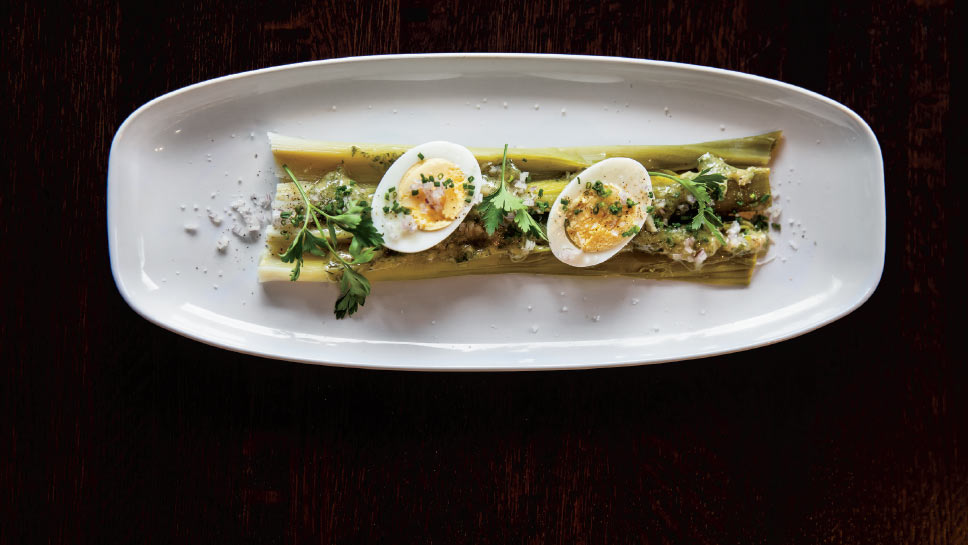 Leeks Vinaigrette: In a French style of salad, the leeks are steamed, chilled, and covered in a vinaigrette swimming with garlic, onions, and chives. Sampled on its own, the vinaigrette is surprisingly strong and it’s incredible how much the flavor of the leeks tempers it, bringing a refined subtlety to flavors of the dish. A halved hardboiled egg sprinkled in chives adds creaminess and the resulting impression is an incredibly refreshing salad. This one is going to be even more delightful when the sidewalk seating opens in the summer. 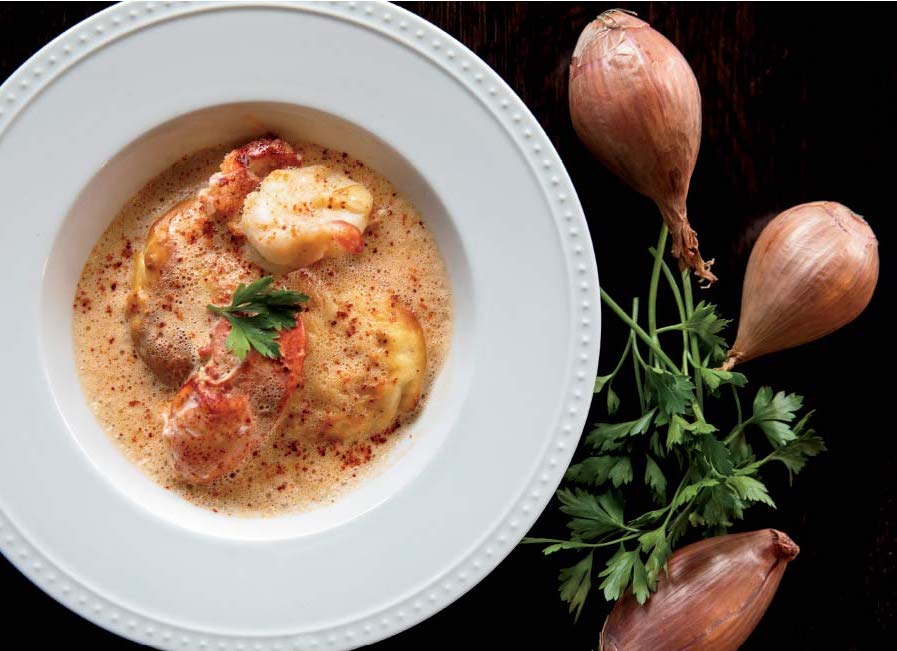 Quenelles de Brochet: This dish comes from Chef Benoit’s upbringing in Lyon, France, where it’s a regional tradition. It consists of a creamed seafood dumpling the consistency of mousse, so delicate that it literally melts in your mouth. Morsels of butter-poached lobster bring a rich, hearty counterpoint to the dumpling and the bowl is covered with an ambrosial lobster bisque. Described as one of the highlights of the menu, the Quenelles de Brochet is also co-owner Christi’s very favorite menu item. 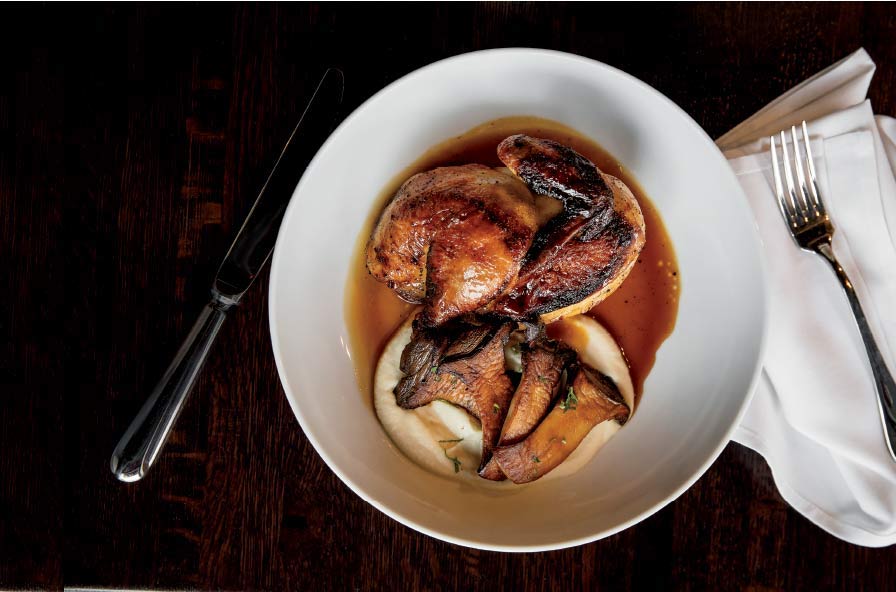 Roast Chicken: I don’t believe we’ve ever had more succulent chicken. Roasted and halved, the meat flakes off the bone at the mere suggestion of a fork. Accompanying the chicken is a side of celery root mousseline, whipped to peak creaminess. Thick slices of mushroom introduce an earthiness and a textural counterpoint. All in a lovely, savory jus, a perfect dipping sauce for a side of frites. Every single element on the plate is incredible on its own but becomes elevated when combined.

A stroll through the contemporary Parisian bistro scene reveals that only about seven out of 100 bistros still use tablecloths. That kind of postcard-perfect formality is on the decline. So when Chef Benoit Fliou and his wife Christi opened Chez Benoit Bistro, they went for a more modern Parisian Cafe. The result is elegant but casual, French gray walls and a trio of softly glowing urban loft industrial chandeliers create a warm, open space that looks onto a Parisian zinc bar and an open kitchen. The space invites both the weeknight dinner out and the special occasion.

The real star is the food. In true French tradition, everything is made in-house, and Chef Benoit is responsible for the desserts as well as the rest of the menu. Whether you’re looking for classics like fois gras and escargot, something a little more personal like a lobster seafood dumpling, or a beautiful take on a burger, Chez Benoit delivers the goods.

Though we’re focusing on appetizers and entrees below, it’s worth noting that the house signature Riz au lait, or rice pudding, topped with a drizzle of caramel and smattering of hazelnuts is the dessert to beat. When it comes to the cocktail menu, the gin-based La Josephine is bright, complex, and citrusy perfection, in a gorgeous champagne coupe.