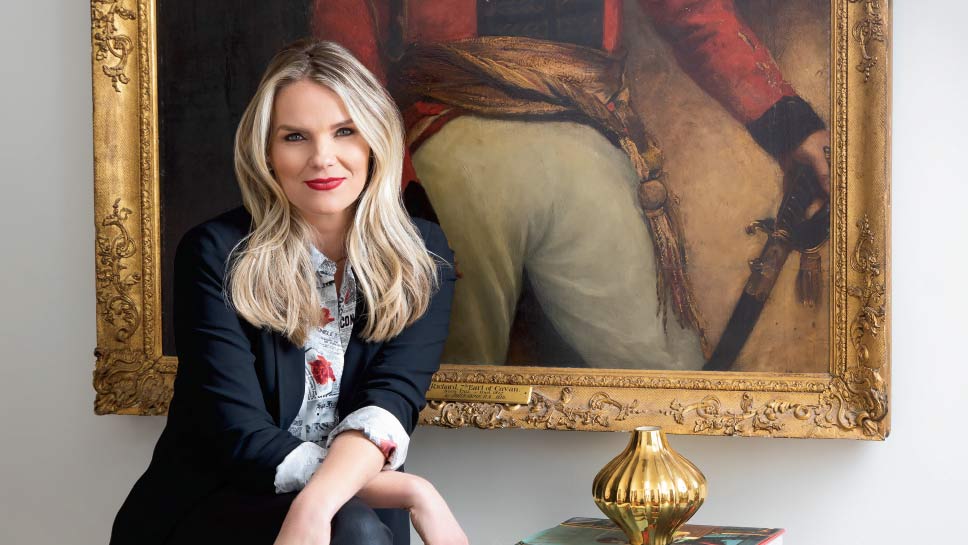 Lianne Sinclair not only wants to make the world a better place, but she’s actually doing just that through her work as executive vice president, client service director at advertising agency Energy BBDO. She oversees all of the Wrigley business—think Orbit, Altoids, Extra, and 5 Gum—and while chewing gum and breath mints don’t exactly seem like movers and shakers, Sinclair’s work is changing that perception.

“One of our most well-known pieces of work was for Extra in The Story of Sarah and Juan ad,” says Sinclair. “It chronicles a love story influenced by the simple act of sharing a piece of gum, which instantly took the world by storm. We asked people to share their meaningful moments with the hashtag #GiveExtraGetExtra, and it was so rewarding because people shared beautiful moments of connection with friends, family, and loved ones. It was the world as it should be: through rose-colored glasses.”

Her work is more than just gum though. Sinclair also worked on the anti-texting-while-driving campaign for AT&T and on a fundraising campaign for Off The Street Club, Chicago’s oldest boys and girls club that offers after-school programming for kids in West Garfield Park, one of the city’s most dangerous neighborhoods. 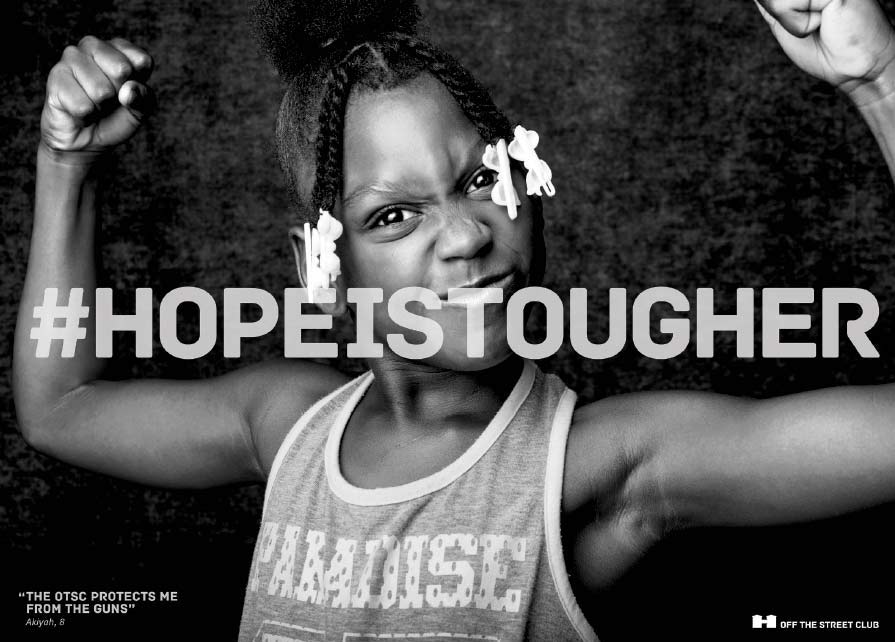 Image from Off the Street Club ad campaign. Photography provided by Energy BBDO

“One of the privileges of working in this industry is the understanding that the content we put out into the world really does help shape it and its culture,” says Sinclair. “When brands can insert themselves into the conversation and take us to a better place, that’s where my job really gets exciting because then we have a voice.”

In her role as Client Service Director, Sinclair’s focus is on growing clients’ businesses—something she has done brilliantly throughout her career. Campaigns she has worked on have won numerous high-profile creativity and effectiveness awards, including Cannes Lions, Effie Awards, Clio Awards, Jay Chiat Awards, and even a Platinum record. She is quick to credit the strength of the creative talent at her agency. “I get to work with the crème de la crème of creativity” she notes. Much of this success recently landed her a spot on Harper’s Bazaar’s top 25 Most Wanted Network of Women.

On top of her day job, Sinclair serves as an advocate for women in the advertising industry, which has historically lacked female creative leadership. “We’re still tackling the Mad Men stereotypes, which were once very real. We’re fortunate that the spotlight has finally been shown on gender imbalance issues in Hollywood and beyond and we are already seeing change.” Through her involvement in organizations like #TimesUpAdvertising and Omniwomen, Sinclair and her cohorts are trying to tip the scales.

Thankfully, she has an incredible team at Energy BBDO, who supports those ideals, seeking, growing, and building diverse talent and teams. She’s been with the company for ten years, moving to the Chicago office five years ago. 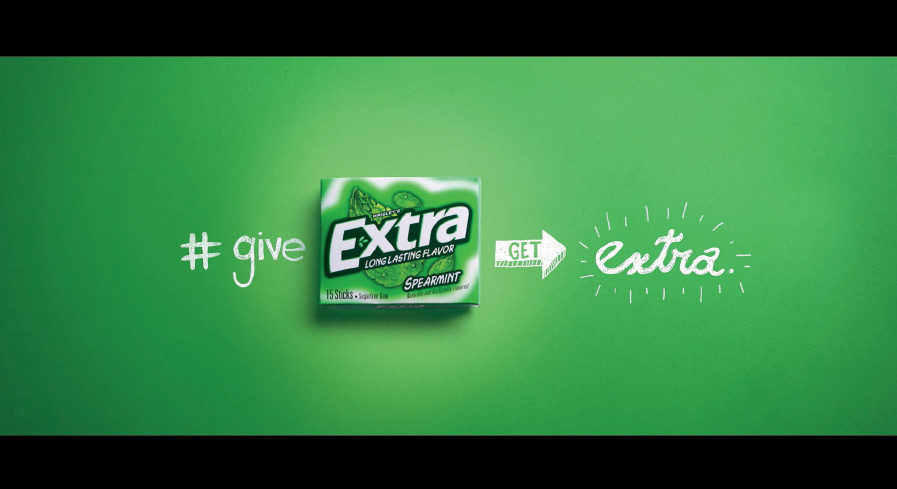 Sinclair grew up in Atlanta but has lived up and down the East Coast in cities like Richmond, New York and even across the pond in London. She met her husband Harry, a London-native, in New York and was really happy with their life there.

Then, he was recruited for a position in Chicago, and let’s just say Sinclair wasn’t ready to make the move. “I remember the recruiter taking us to a fancy dinner, and I was practically in tears in my soup,” she laughs. “The recruiter said Chicago is the hardest place to get people to move to but when you get them there, it’s the hardest place to get them to move from. I think I actually rolled my eyes.” The transition wasn’t easy.

Hindsight is 20-20, though, and looking back, Sinclair acknowledges he was right. She and Harry, along with their two kids Sarah (6) and Jack (3), just bought a new house in Winnetka and are here to stay. “I was uncomfortable with the weather at first,” says Sinclair. “But I quickly gained an appreciation for the lake, the schools, the culture, and the community. It’s really how I feel when I’m here, a sense that everyone has their arms around each other.”

In her free time, Sinclair and her family love to entertain in their new home, check out the Chicago Botanic Garden, and visit The Writers Theatre in Glencoe.

Balance, or something like it, is definitely something Sinclair thinks about while juggling her roles as a wife, a mother and a professional. “I’m not sure I believe in balance anymore,” she explains. “It’s really more of a work-life integration. We’re honest with our kids, too. I know there’s a world where we should put our phones down and dedicate specific times to being with family and then pick it back up, but I don’t always find that realistic. It’s just a different way of looking at it, like we’re all in this together.”

She makes a point to note that her husband’s struggle is real, too, and that they’re true partners. And it’s her daughter who might just follow in her footsteps one day, recently asking to listen in on a conference call with China and sharing feedback about a zombie-inspired shoot in Vancouver. 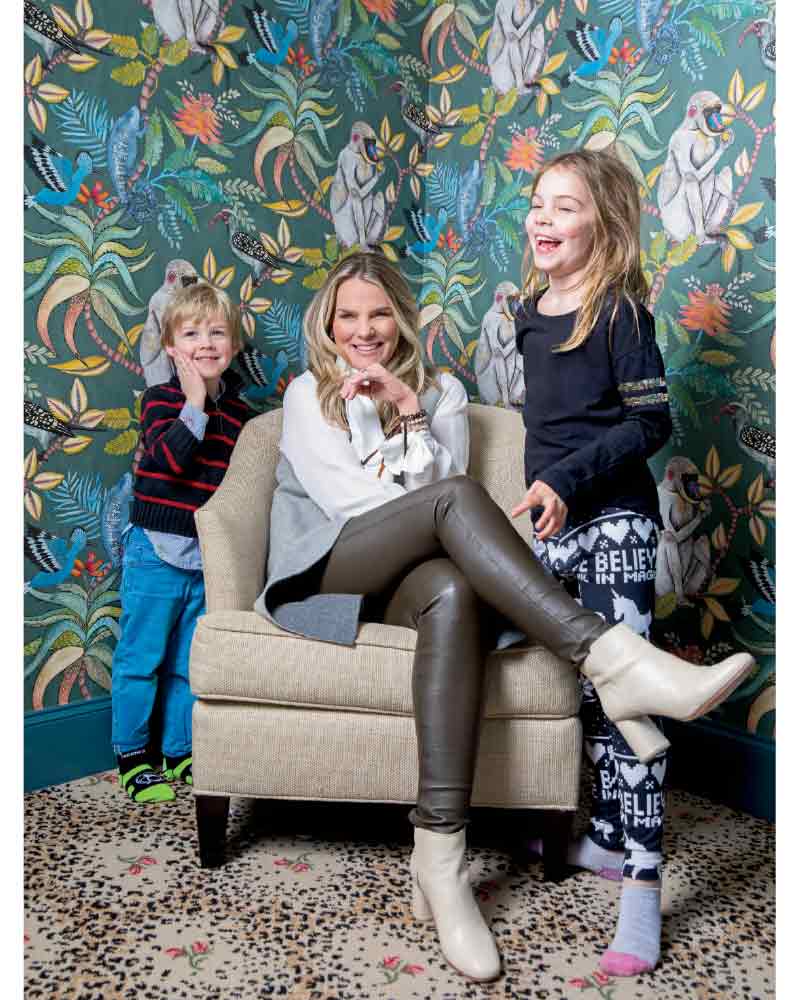 Sinclair, for one, is proud for her daughter to see her pursuing a passion and believes it will shape who she’s going to become one day. “Sarah even told her class about some of my work,” says Sinclair. “She said, ‘My mommy did that.’”

And for Sinclair, work really is one of her true loves. “I think the saying is true, ‘If you do what you love, you’ll never work a day in your life.’” She explains, “I really value having a passion for what I do. I love it. I think it really fuels who I am and makes me a more dynamic person. For me, maybe even a better mom.”

However, the thing she’s most looking forward to this year is renovating her home in tribute to the design and architecture of the North Shore. “If you had told me five years ago that we were going to put our roots down in Winnetka, I would have said never,” Sinclair laughs. “But that was before we really understood all that is so special here.” She continues, “Our home renovation is going to be a doozy, but, I have a passion for home design, too.”

We will definitely be following along in her journey.