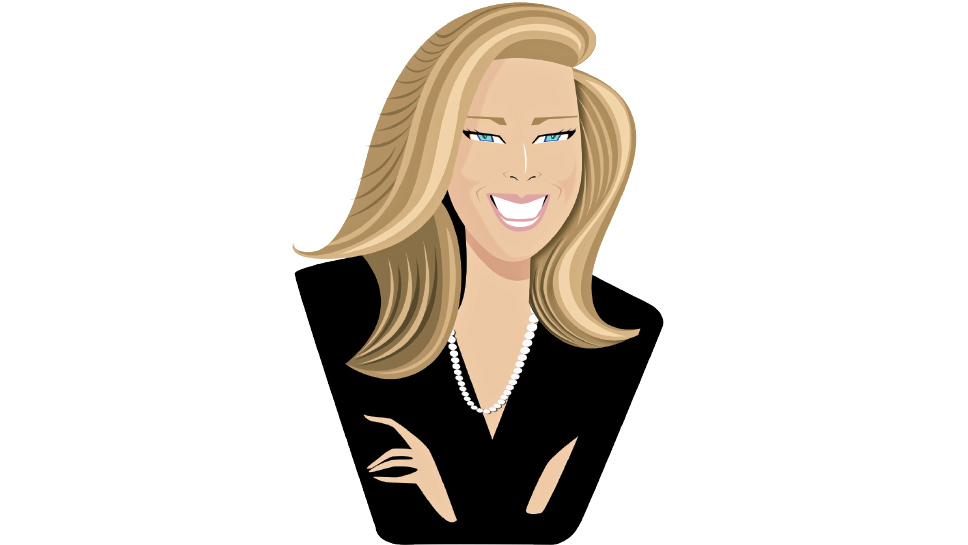 In May 2018, Window to the World Communications, Inc., the parent organization of public-supported broadcasting stalwarts WTTW and WFMT, named Sandra Cordova Micek its new president and CEO. Micek brings a 25-year background in media and marketing to create a bright future for its programming. ILLUSTRATION BY ROBERT RISKO

For Sandra Cordova Micek, joining the Window to the World team was the culmination of a lifelong passion for music, a personal interest in public television shared with family, and the thread that has woven through her entire career: building brands and understanding audiences.

And that career, at a mere glance, is nothing short of spectacular. Originally from Long Island, Micek got her start in New York City, working for Turner Broadcasting. There she brought her focus in communications to networks like CNN, TNT, and the Cartoon Network, to name a few. “It was a fascinating time to be in cable,” she says. “It was really exploding during those years.”

Wanting to tap into more strategic business issues, Micek pursued an MBA in marketing at Wharton, which led to an opportunity in London with Accenture in their media, entertainment, and high tech practice with clients such as the BBC.

Micek stayed with Accenture, but returned stateside, settling in San Francisco during the early days of the dot com boom and working with clients like PBS. She remained in the Bay Area for nine years, joining Yahoo before trading coasts for NBC Universal, running Women at NBCU, an integrated marketing group working across networks including Bravo, Oxygen, and NBC.

From there, Micek moved to USA Today, and to Washington D.C., where she lived for four years, but it was Hyatt Hotels that drew her to Chicago, where she was brought in as SVP to run marketing for about a dozen of their brands. The position was not only a global one but focused on understanding the customer, an aspect of the role she particularly gravitated towards.

And now she leads the charge at Window to the World Communications, Inc., the organization responsible for WTTW, Chicago’s beloved PBS affiliate, and WFMT, one of the world’s most respected classical music radio and streaming services. As its new president and CEO, these stations fall under Micek’s cross-platform purview. “It’s a real opportunity to take two stations with strong brands and roots in the community and continue to evolve and grow the business,” she says.

Now living in Wilmette with her husband of almost 25 years and two children, Micek feels a personal connection to the stations under her umbrella. Growing up playing viola, she had an immediate connection to the content on WFMT. And as a self-admitted “news junkie,” she looks to WTTW programming like Frontline for what’s happening in the world.

Micek also notes the essential role the station plays in bringing trusted quality content to families. “Sesame Street turns 50 in 2019,” Micek shares. “I learned my numbers and letters through that show, as many of us did.”

Though her own children, aged 10 and 11, are perhaps beyond their Sesame Street years, she shares: “When I first came on at the end of spring, my daughter was reading Little Women. It was such a gift to be able to sit together as a family and watch the new Masterpiece production of Little Women airing on WTTW.”

“What is evident to me,” she continues, “is that we have so much to build on. I’m starting from such a great place—now it’s just connecting the dots between what’s already happening and where we’re going as an organization.” And that destination seems to include deepening its digital reach: “I can watch Chicago Tonight six different ways now. I can listen to WFMT in my car, at my desk, or on our app,” Micek explains. “The community wants to see us in different forms, so we’re going to meet them where they are.”

And the community is the organization’s greatest ally and inspiration. “Without the support of our donors and members, we couldn’t do what we do. We are able to serve the community because of the community supporting us,” she says. “Serving the public good is what we’re here for.”