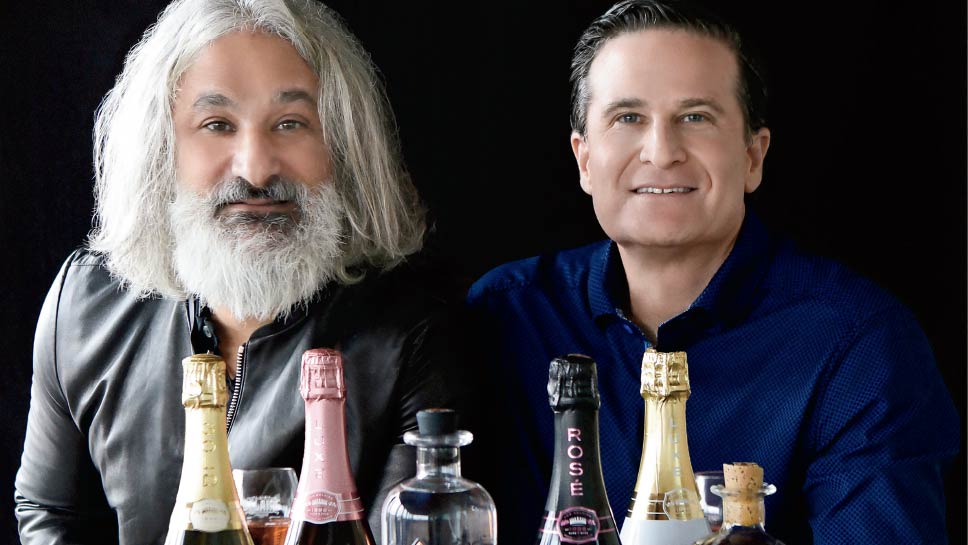 The Berish brothers’ Sovereign Brands is a family sojourn.

Growing up in 1970s Winnetka with their dad at the helm of Jim Beam, Brett and Brian Berish still remember heading to school carrying holiday-season gift bottles for their teachers.

“I remember walking down Westmore to Hubbard Woods School holding the spirits bottle by the neck,” says Brian, who now lives in Highland Park. “We all did that,” laughs Brett, now of Glencoe.

But even though their father was chairman and CEO of Chicago-based Beam for more than 20 years, “There were no expectations that any of the four of us boys would launch a liquor business,” says Brian.

Yet that is what happened with Brett and Brian, the brains and brothers behind Highland Park-based Sovereign Brands, a maverick business they founded 19 years ago. 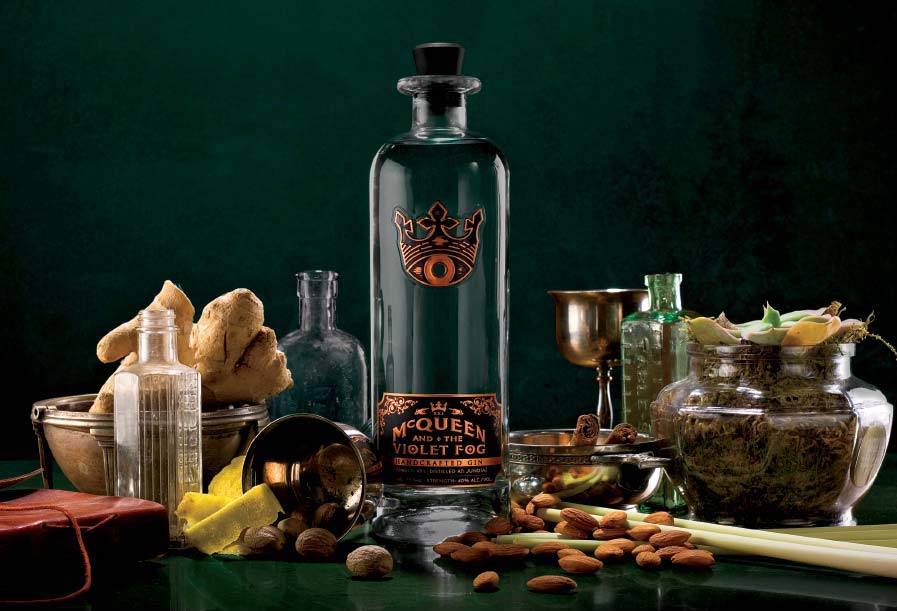 Since its founding, Sovereign Brands operated Armand de Brignac (popularly known as “Ace of Spades”) tête de cuvee Champagne, selling its interest to superstar Jay-Z in 2014. From there, the company introduced Luc Belaire French sparkling wines, and Bumbu, a craft rum from Barbados; each brand has won numerous awards in its category. And starting with the launch of McQueen and the Violet Fog premium gin in January, the Berish brothers are diving into four more spirit categories with new brands they will release over the next two years.

“With each product we develop, we taste and taste until we create something that tastes better than the competition,” says Brett. “That is fundamentally everything we strive for. It has to be better.”

While such a mantra may sound simple, “It’s a very lengthy process,” explains Brian. “Each product takes years and years to develop.” 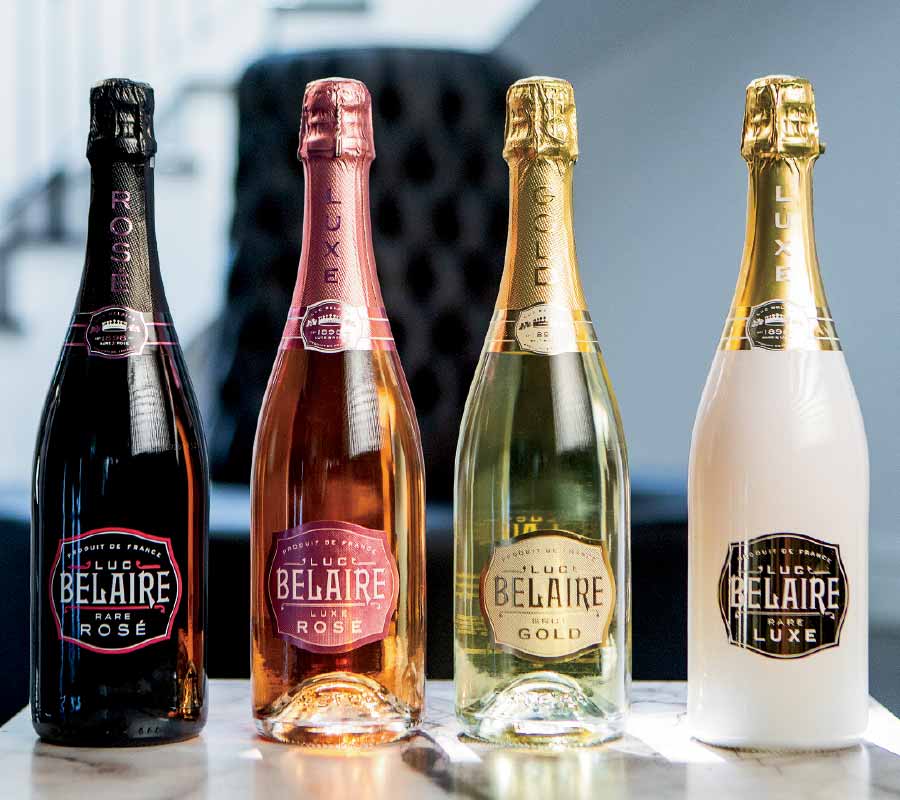 McQueen and the Violet Fog for example, the Berish brothers’ entrée into the gin category, led the brothers on worldwide forays exploring different botanicals and distilling methods.

“In the end, to create the best taste, we chose to do both vapor infusion and maceration, a combination of distillation methods which is very unusual,” says Brian.

The gin also includes 21 different botanicals, resulting in an extremely complex flavor profile. “We saw an opportunity,” Brian explains, “Because in the world of gin, there is a flavor wheel identifying the six components of gin’s taste. But no one was producing a gin that contained all six profiles. With McQueen and the Violet Fog, we are doing that.”

Development of Bumbu, the Berish brothers’ premium rum introduced in 2016, was an equally adventurous years-long process that saw the brothers poring over fascinating historic passages. “We knew rum originated in the West Indies,” says Brett, “So, we started reading maritime records from the 16th century as part of our research.”

In the ships’ logs, the brothers found multiple references to and recipes for something called “bumbu”—basically rum doctored with a variety of spices to create a more potable spirit. 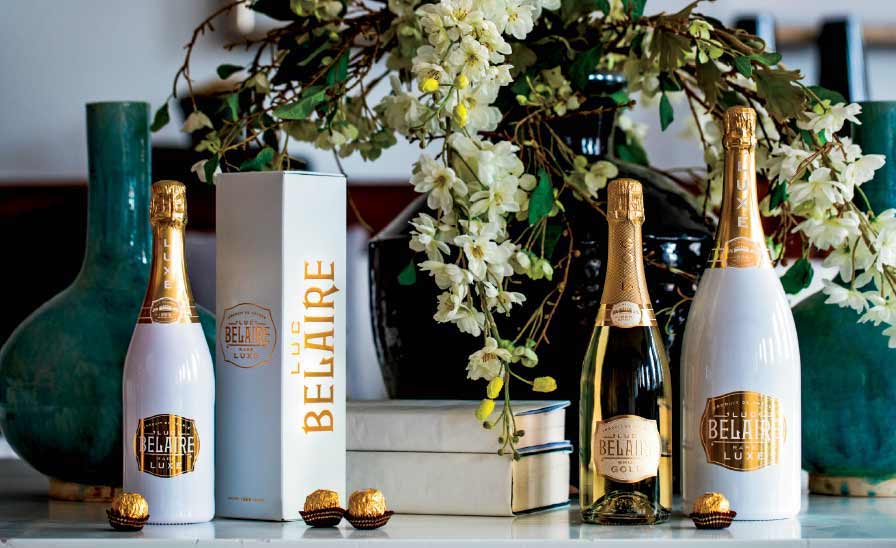 “We also realized that in the same way that grapes grown in different terroirs have different flavor characteristics, the sugar cane used to make rum tastes quite different depending on where it was grown,” says Brett.

Sugar cane from Belize, for example, has notes of coffee and cocoa, compared with sugar cane from the Dominican Republic which is full bodied and sweet with notes of toffee and vanilla.

To find their way to the best flavor for their rum, the Berish brothers had to suss out the best combination of differently sourced sugar canes, as well as the correct ratio of each to include in the final product.

With each product taking such a long time to develop, it is no surprise that the Berish brothers have multiple items in the works simultaneously. The brothers’ skill sets and previous work histories complement each other well. While both brothers are intimately involved in product development, Brian oversees Sovereign’s U.S. sales force, while Brett looks after the company’s international salespeople and leads Sovereign’s marketing team, based jointly in Highland Park, New York City, and London.

“At any given time, we may have four to six brands in development in different categories,” says Brian. “There is no set release date for a lot of these,” he adds. “We launch them when they are ready. We have tremendous patience and have learned not to rush.”

Some of this wisdom came through learning with their first-ever product, 3 Vodka, a soy-based vodka which the brothers tabled after their other brands’ success began to demand the lion’s share of the company’s resources.

“There was nothing wrong with 3,” says Brian, “the taste profile was great, and the process and packaging were unique. But we didn’t have the patience back then that we have today. We were too focused on what the industry said, and didn’t listen to our own inner voice.”

“Today, that’s all we do!” says Brett, who has the 3 logo tattooed on his body as a badge of honor. “The tattoo reminds me that if you have the ability to learn from your mistakes, then eventually you are going to get it right. And one of our biggest mistakes was forgetting to trust our own gut instincts.”

Trusting their gut was something that the Berish boys learned early from their dad. “By the time we were in college, he used to have us taste things to get our opinions,” Brian recalls. “To him, our gut reactions counted just as much as having a focus group.”

For Brett, another big lesson came in learning to take the leap. “I have always had a lot of ideas,” he recalls. But having so many ideas, made it difficult to focus on just one. When it came to choosing a career, Brett tried investment banking in New York and Asia, then studied Chinese in Taiwan and finally, gravitated to his current business. “Taking the leap, giving one idea your all is the most difficult thing in the world to do. It was my biggest struggle. But you have to start somewhere.”

Brett’s own challenges with pathfinding have made him especially good at soliciting the stories of other self-made entrepreneurs. His Self-Made Tastes Better videos, featuring stars in the music, sports, and fashion industry in a partnership with Forbes magazine, has been hugely successful in marketing the company’s Luc Belaire brand.

Video interviews with rap stars such as DJ Khaled, Nipsey Hussle and Rapsody, boxing champion Deontay Wilder and others have reached millions. More interviews featuring sports and fashion icons are yet to come. “What I love about doing these is that we get to share the stories fans wouldn’t have known before, the true grit,” says Brett. “Because people don’t want to just hear about the success. They want to hear about the struggle, what it took for their heroes to get there. That’s what motivates us. That’s what motivates me.”