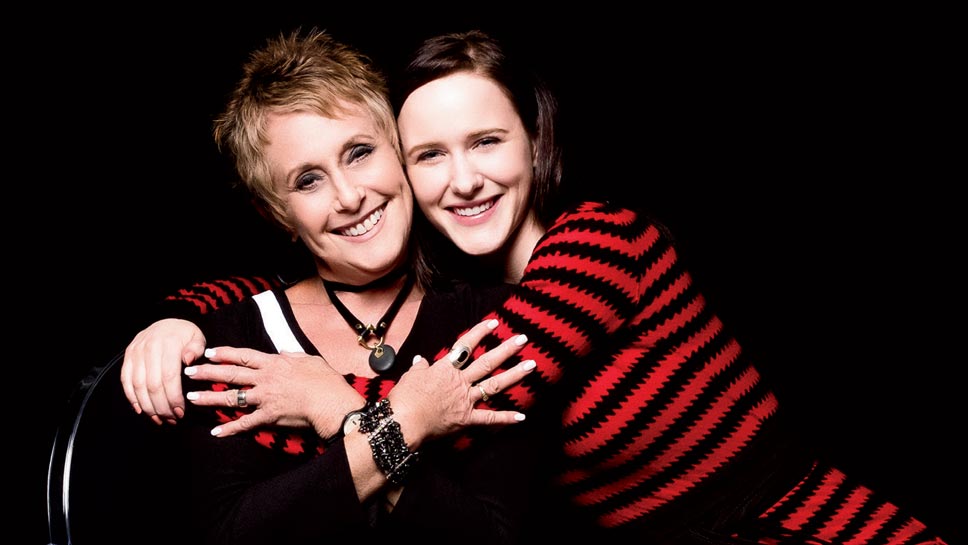 What do Rachel Brosnahan (The Marvelous Mrs. Maisel), Katie Chang (The Bling Ring), and Raii and Whitney (America’s Got Talent) have in common? They all grew up on the North Shore or near Chicago, took acting classes at the Actor’s Training Center in Wilmette, and call ATC founder Carole Dibo a teacher, mentor, manager, and friend.

That’s where this story begins—with Dibo, a former actress, who founded ATC in 2007 with an unwavering commitment to offer aspiring actors the tools they need to hone their craft and survive in the industry.

“I wanted to open up an acting school for young actors to train to work and empower them to be great actors, be true to themselves, and understand the business,” says Dibo.

One of Dibo’s protégés, and huge success story is Rachel Brosnahan—the 27-year-old Highland Park native and star of the critically acclaimed, hugely popular Amazon series The Marvelous Mrs. Maisel. Earlier this year, Brosnahan won both a Golden Globe and a Primetime Emmy Award for her role as Midge Maisel, the irreverent and cheeky aspiring stand up comedienne, circa 1950s New York City. Among her other roles and credits, Brosnahan also won a Primetime Emmy Award nomination for her work on Netflix series House of Cards and is currently filming Ironbark (a Cold War spy thriller) with Benedict Cumberbatch in London.

Despite her busy schedule and meteoric rise to fame, Brosnahan is so committed to her roots at ATC and her mentor and friend Dibo that she came into town in October to headline ATC’s fundraiser at Highland Park Community House.

Brosnahan took her first acting class at age 16 with Dibo at ATC, and the two established a lasting bond—first as mentor-student, then as manager-actress, and now as colleagues and lifelong friends. We sat down with Dibo and Brosnahan to learn about their special relationship, and what makes ATC stand out above the rest. 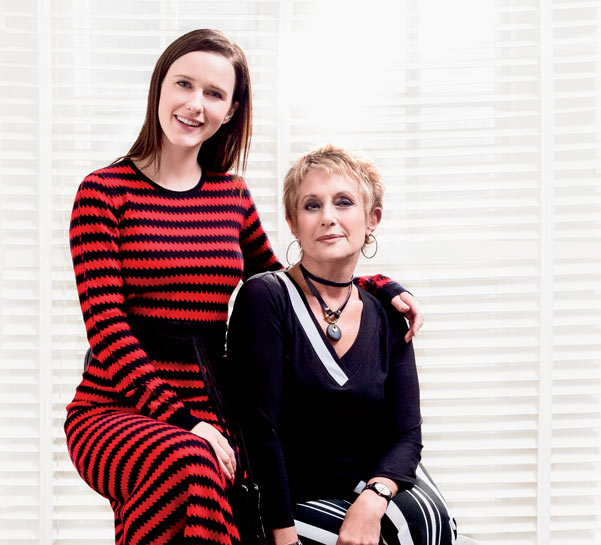 What was it like growing up in Highland Park?

Brosnahan: I love that Highland Park is a community that is focused on and encourages the arts. The community encouraged me and this enabled me to believe at a very young age that I could pursue a career in the arts. Also, Chicago is such a rich arts city.

Was it acting classes at ATC where you decided you wanted to be an actor?

Brosnahan: Deep down I always knew it was something I wanted to do, but I wasn’t sure it was something I could do. You have to know from the bottom of your heart that there is nothing else that will make you happy. Carole had no ego and she was very straightforward with me about what she knew and didn’t know. She coached me for my college auditions, became my manager, and introduced me to my first agents. ATC’s program is equally focused on developing young artists and helping them to understand the needs of the business, which is an important thing to be able to teach young actors.

Tell us about meeting at ATC and your relationship.

Dibo: Rachel came into my life just as I was leaving the city and opening ATC. She’s so grounded and has this perspective; she’s resourceful, fiercely intelligent, and motivated, and she’s always been an old soul. We took a risk on each other and grew up together. Even then, she could juggle ten balls in the air. You could throw almost anything at her, and we rarely saw her crack. I started my career quite late, and this has been a tremendous growth period for me. We have been through a lot together.

Brosnahan: I knew that Carole was immediately someone I could trust, and she’s been like another parent to me. Carole and ATC provided me with a support system that helped me find my voice, taught me the power of saying no, and how to hold onto my own artistic integrity and advocate for myself. She helped shape me into a much more grounded and self-empowered adult and that’s something I can hold onto even in moments of chaos or when I’m feeling uncertain. She has supported and encouraged me through so many phases of my life and career. We are kindred spirits, and it’s really nice to be home.

What sets ATC apart from other acting schools?

Dibo: I started ATC when I was an actor raising young kids. People would ask me how they could get their kids into the business. And, I had heard someone, maybe Oprah, say that you should find what you love to do and then find a niche within it that no one else is doing. It seemed to me that no one was offering industry-grade training. One of my goals has always been to teach actors how to work both sides of their brains—the creative side and the business side. With ATC, students get the coaching that they don’t get elsewhere. We tape audition videos in our studio here, Skype with students to prepare them for auditions, work with our actors and the big studios to teach them what to ask for and how to negotiate. We also work with agents in New York and Los Angeles and put forward our students. And now, we have a hip new flagship studio in Wilmette and a board of directors that is equally focused and committed to arts education and to helping us fulfill our philosophy: Train to Work and Learn for Life.

Tell us about landing and playing the role of Midge Maisel.

Brosnahan: This role is a dream that I didn’t know I had. I never thought in 12,000 years that I’d be doing comedy let alone doing standup on television. It’s fantastic and it’s the hardest thing I’ve ever done. I feel like we are shooting a play a day with no rehearsals. It feels like choreography that won’t work if even one element is out of place. We are in constant movement, in and out of rooms, walking backwards. It’s like a dance.

Dibo (laughs): When Rachel got the audition, I told her, ‘You’re not really funny. You’re not going to get this.’

Sheridan Road and The Marvelous Mrs. Maisel fans are really glad she did. The second season airs this month.