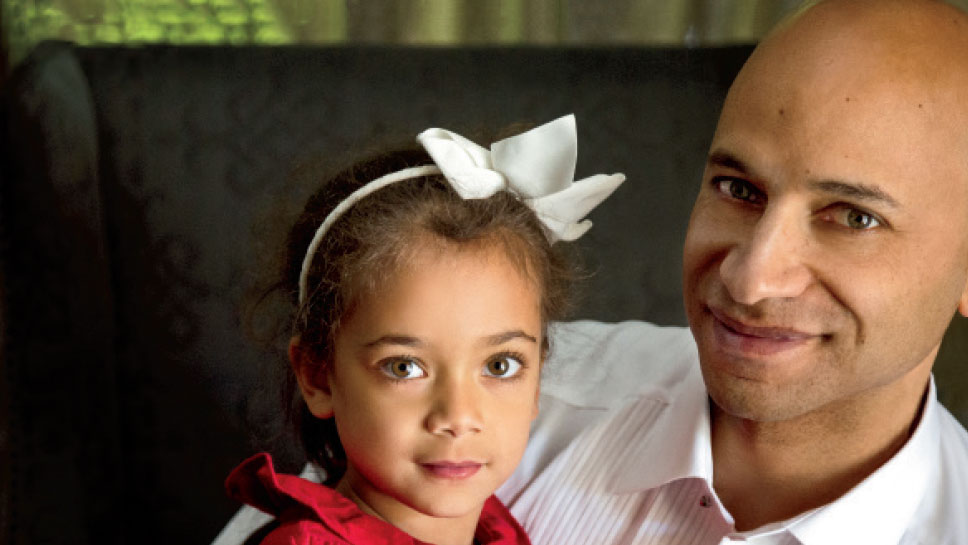 The Iricks are a family with local roots and a global, adventurous mindset. PHOTOGRAPHY BY MONICA KASS ROGERS // HAIR, MAKEUP, & STYLING BY CONSTANTINE JAMES // WARDROBE PROVIDED BY NEIMAN MARCUS NORTHBROOK

Fiona Irick is five years old with huge amber eyes and a puffy brown ponytail. Her blond, blue-eyed brother Aiden, a three-year-old mini version of the character Dash from The Incredibles, has stopped running in circles to announce that his mom Myah—in a gilt brocade gown that sets off her deep brown eyes and luxurious black hair is, “a princess.” This amuses tall, athletically-built Jaime, pater familias for this brood, who is just now bouncing six-month-old Quinn on his knee.

So different in looks, so similar in powerhouse adventurousness, the Irick family has made Winnetka its home base for two-years now. It’s the launch pad for Myah’s professional role as Executive Director of J. P. Morgan’s Private Bank, for Jaime’s position as the president of one of America’s largest consumer goods companies and, for the family’s exploration of the wide blue yonder.

“Whether we’re riding the train downtown, visiting a farmer’s market in Evanston or taking the kids with me on a business trip, we are very intentional about constantly opening their world to new people, places and experiences,” says Myah.

So important for growing and expanding any child’s intelligence and cultivating curiosity and openness, this intentionality around life experience is also crucial in the confident structuring of mixed-race children’s identity development, something Myah—whose mother is Korean, Dutch, Irish, French, Scottish, and English, and whose father is Black and Cherokee, and Jaime, whose father is Black and mother is White, know a lot about. 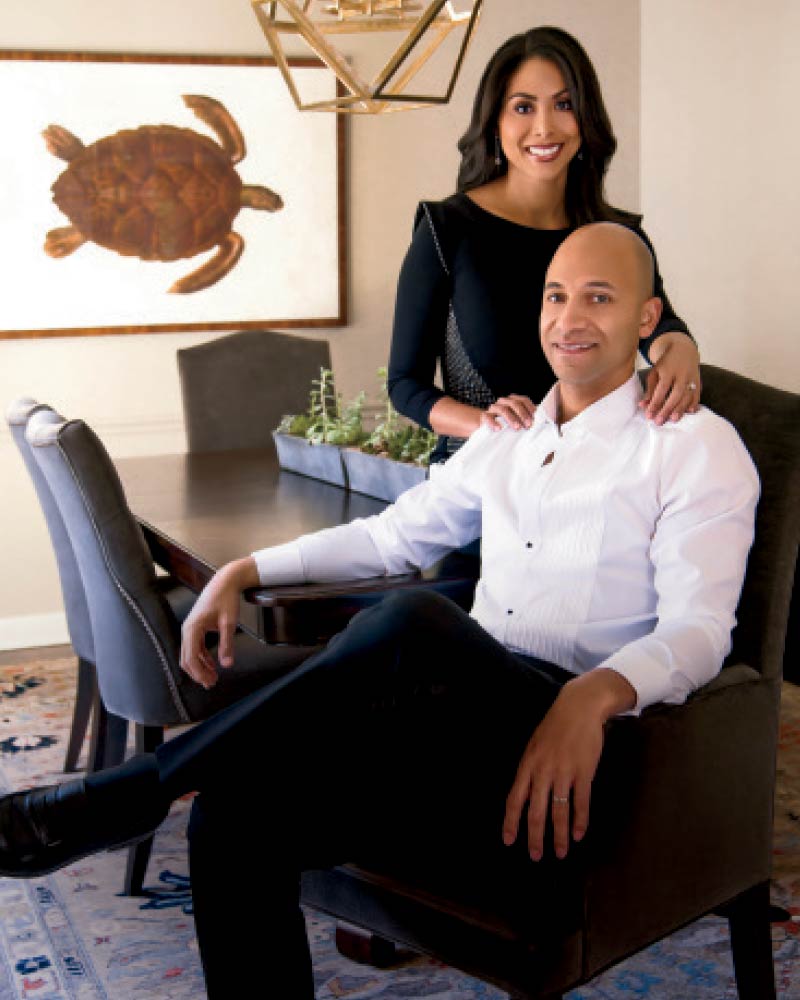 After years of travel with the Navy, that included stints in many parts of the United States, Myah’s parents put roots down in Hawaii because its cultural and ethnic diversity made it open and welcoming to mixed-race families.

“In Hawaii, so many families are multiracial, it’s just the norm,” says Myah.

So when Myah headed to Oregon for studies at Lewis & Clark College, living in a place where it rained eight months out of the year was an adjustment. But the bewildering atmosphere of disconnectedness around cultural and ethnic diversity she found on the mainland was more unexpected.

“It was a bit of a shock,” she says. “I quickly discovered that part of my calling in life was to be a bridge between cultures. To help people connect the dots and eliminate the divide.”

That calling has informed Myah’s life ever since. It led her to found a multicultural residence hall at Lewis & Clark, to become president of the school’s black student union and Hawaii Club, and to launch and gain funding for a research project as part of her psychology degree that took her to six college campuses to interview multiracial students about their identity. It was the reason she competed for and won the Miss Oregon pageant in 2003, an adventure she set upon so that she could pay for an M.A. at Columbia University in New York. The experience also provided her with an audience to talk about diversity, race and multi-cultural education. 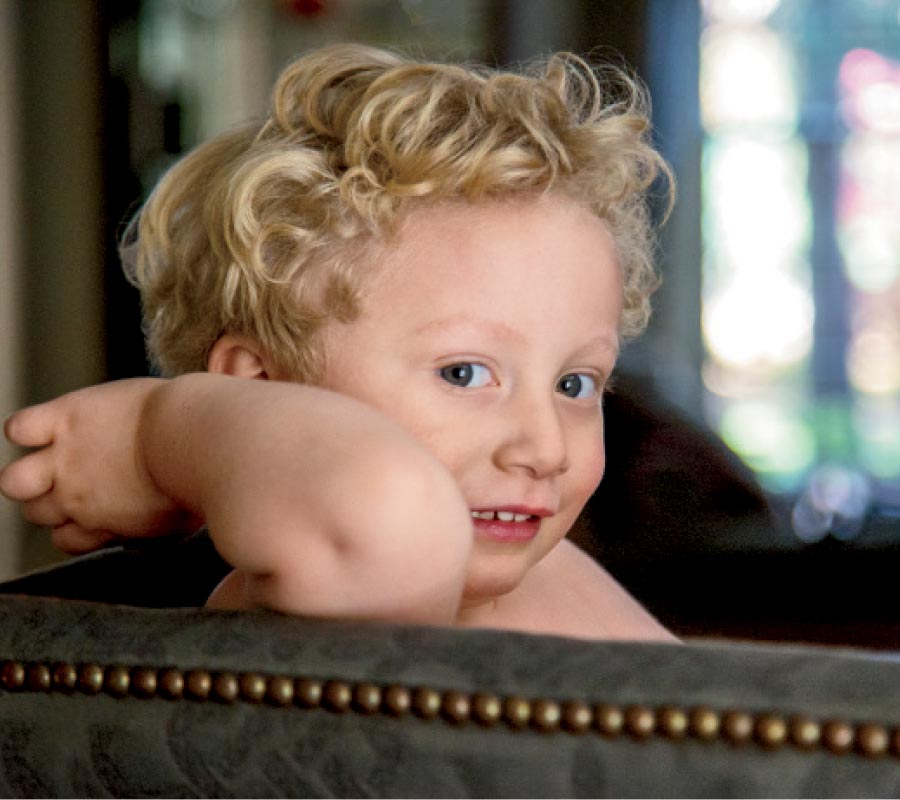 It has informed decisions she makes to hire diverse candidates and promote inclusiveness at work. It has impacted her volunteer and philanthropic work with the Chicago Foundation for Women, United Nations International Children’s Emergency Fund (UNICEF), and Social Venture Partners (SVP). It prompted her to establish endowments for the scholarships she and Jaime provide to give underrepresented populations access to higher education. And perhaps most importantly, it shapes the culture for the family she and her husband are now raising to be globally conscious, empathetic, and respectful individuals without prejudice or fear.

“Our children have had passports since they were very young. Jaime and I love the vistas that traveling opens to us, and we want our children to have the same experience,” says Myah who has brought her kids along on business trips in the U.S. and plans to broaden that to more global travel as the children mature—perhaps even to Madrid, where she did a joint MBA program between Instituto de Empresa and Brown University.

But cultivating an open mindset doesn’t have to mean getting on a plane.

“We are always looking for family experiences that stretch us,” says Myah. “Cultural institutions, college campuses, even public transportation are key.”

At home, establishing confidence in her children around their diverse cultural and ethnic backgrounds can be as simple as spending a lot of time with extended family.

The Iricks also explore the histories and traditions of the family’s heritage through books, music, and food.

“I’d say at least a third of the time, the foods we eat at home are some version of Asian fusion or Southern fare,” she laughs.

Externally, navigating questions from friends and community members comes down to understanding that, “People just know what they have been exposed to. It’s important to find and celebrate our differences, as well as our similarities,” she says.

“Little one, whoever you are, wherever you are, there are little ones just like you all over the world,” Myah reads, turning the pages in one of her children’s favorite books, Whoever You Are, by Mem Fox.

“We are so fortunate to raise our children amongst family and friends with the same values we believe in: respect, empathy, and a strong work ethic,” Myah concludes. “Providing our children with that foundation will serve them well throughout their lives.”