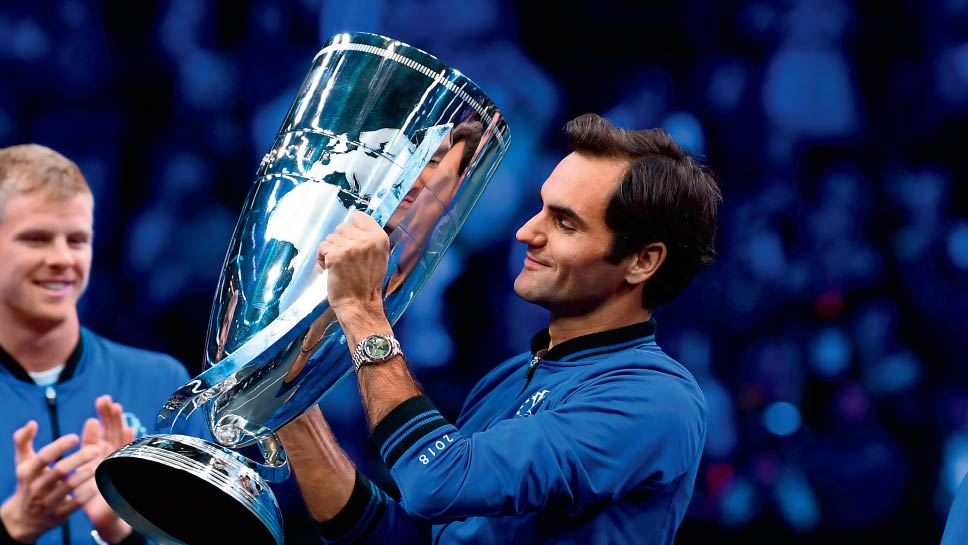 There was a comeback theme threading through the Laver Cup, the second edition of Roger Federer’s world-class tennis event, as it set up stakes at the United Center September 21 through 23.

That victory slipped through their fingers doesn’t matter. It was the excitement of watching Team World claw their way back that was the draw for the 93,000 plus fans in attendance.

Named after legendary two-time grand slam winner Rod Laver, the tournament pitted 12 of the top tennis players in the world against each other in a battle for prize money and bragging rights.

What makes the Laver Cup so extraordinary is the concentration of talent that is thrown into the mix. They are the crème de la crème of the sport. Team Europe was Federer, Novak Djokovic, Grigor Dimitrov, Alexander Zverev, Kyle Edmund, and David Goffin. For Team World, three of the six were Americans—John Isner, Jack Sock, and Frances Tiafoe. Kevin Anderson, Diego Schwartzman, and Nick Kyrgios rounded out the rest of the team.

Grigor Dimitrov, world number seven, raved about the camaraderie the Laver Cup produced among the players who are usually his opponents.

“I mean, just the environment itself lifts you up,” he noted.

“We all go to dinners. We have lunch together. We speak before the matches. You don’t see that very often (on the tour),” he said. “To me, I really embrace that. I appreciate it.” 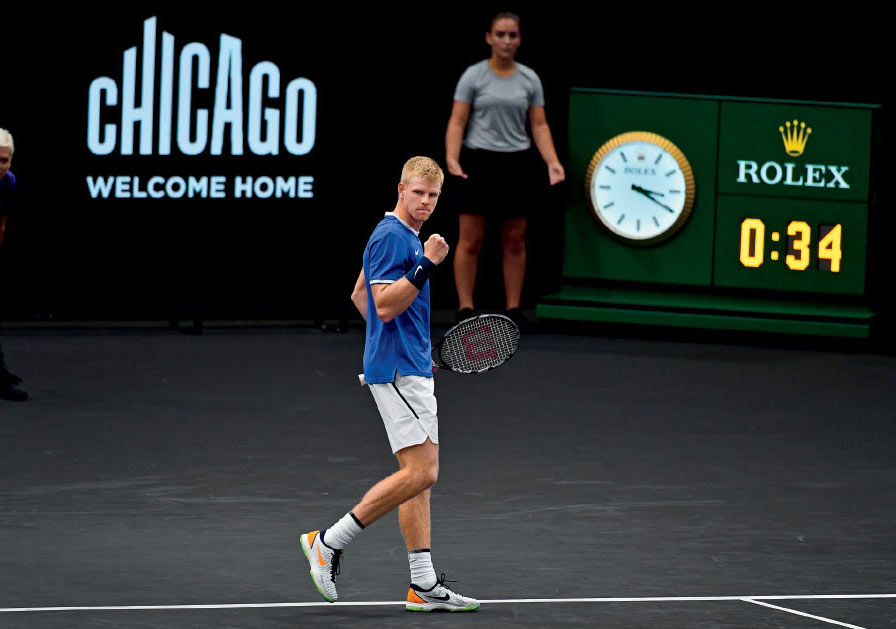 Roger Federer agreed, “It was amazing to team up with players who are normally your biggest rivals and have the chance to play on the same side of the net and be members of the same team.” He said, “This event is so close to my heart. I was always going to try my best. And when you do that, the opponents also have no choice but to step in and give everything they have. The rest of the team follows.”

The Laver Cup is the brainchild of Federer’s agency Team8 and modeled after golf’s Ryder Cup. Here’s how it works: There are two teams, Team Europe and Team World. Four players qualify based on their ATP rankings. Two were “captain’s picks,” promising young players with potential, selected by captains Bjorn Borg (Team Europe) and John McEnroe (Team World). To add some drama, the captains, and everybody else for that matter, don’t know who plays until the blind exchange of cards the night before.

In the end, the winners received an extra $250,000 per player and the losers, well, they get appearance fees.

According to Katrina Adams, CEO of the United States Tennis Association, Chicago presented “the best bid” for the event. Tony Godsick, Chairman of the Laver Cup and Federer’s agent said, “We chose Chicago because of the fervent tennis fan base, the leadership of Mayer Rahm Emanuel and his colleagues, and the world-class infrastructure at the United Center.  It was a team effort to produce Laver Cup 2018, and we are very pleased with how it unfolded.”

Off the court, the experience was one you would expect with a founding partner in Rolex. The sleek black court and lounge atmosphere; hallways lined with Laver’s rackets and memorabilia; high-end hospitality spaces, like the Rocket Club which served scrumptious buffets overflowing from sculpted ice; and finally, to the watch worn so proudly on Federer’s wrist—all provided a unique and unrivaled experience.

On the court, it seemed like the tennis was engineered just as expertly to hold people’s attention until the very end. Team Europe took a huge lead early, but over the course of the weekend, the underdogs, Team World roared back, took the lead only to lose the title during the last match in a nail biter, a match topped off with Coach McEnroe doing what he does best—yelling at umpires.

Was the Laver Cup a success? If you judge by the myriad of reactions—the laughter of the crowd responding to the whoops and reactions of the player’s teammates, the fact that the United Center was sold out three days in a row, one of the largest single sporting events ever to be held at the United Center, the rising decibel levels as the weekend went on, and the truly exuberant celebration of Team Europe as they won—the answer is a resounding yes.