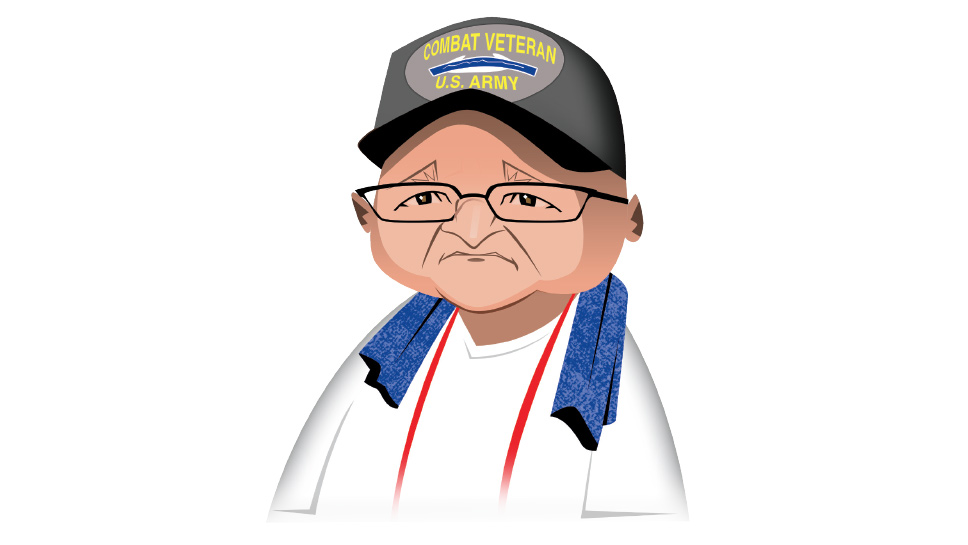 Ever since I was a little girl, I have always thanked soldiers in uniform. Earlier this year I was presented with an opportunity to do more than just say “thank you.” My parents sponsored two local veterans on an honor flight and my dad mentioned volunteering to be a guardian. As I heard more about the guardian role, I decided that I too wanted to do something to honor America’s heroes. Although I am an eighth grader and honor flight guardians are almost always adults, I was able to qualify and join the journey.

The Honor Flight Network is a nonprofit group of chapters across the country. These chapters have flown more than 100,000 veterans over the past 10 years to visit Washington, D.C. Each chapter handles its own fundraising and the trips are of no cost to the veterans. We have one chapter just up the road and based out of North Chicago—the Lake County Honor Flight.

In 48 hours, we flew across the country and back, saw many memorials, honored our veterans, and had an unforgettable experience. We started with a 2:00 am wake up call, a 3:00 am bus ride with police escorts to an early morning flight, and then visits to the war memorials and Washington D.C. highlights. Along the way, our veterans were greeted and cheered by strangers and given thanks from passing tourists and locals. The term “heartwarming” doesn’t even come close to describing the experience.

My veteran Pasquale Caputo was part of two very special moments. First, he was chosen as one of four veterans for a wreath-laying ceremony at Arlington National Cemetery to honor a fallen soldier. Second, he and I shared in a private visitation at the grave of the Army Special Forces soldier—SFC James Ochsner—whose mother and father also joined the honor flight and are a Gold Star family.

Lake County Honor Flight #13 returned to North Chicago to Veterans Park on a sunny Sunday afternoon. There were signs, cheers, music, and speeches. I learned from Pasquale and the other veterans that they were often ignored or even mocked during their return from service. It was our goal to give them a proper welcome home. The Lake County Honor Flight is a second chance to feel celebrated and a chance for closure … the veterans’ one last mission.

Pasquale was born in Italy and moved to the United States with his family as a pre-teen. All three of his brothers served in the Army and at age 22 Pasquale enlisted. The Army first sent him to Germany, then he returned to Fort Sheridan for seven months. He continued on to Fort Riley Kansas, home of the 1st Infantry Division. In 1965, the whole division was sent to Vietnam. From Fort Riley, they were containerized on rail to Oakland Army terminal to board a U.S. Navy troop transport ship to Vietnam. The ship took 32 days to get to Vung Tau, Vietnam. After his tour in Vietnam, Pasquale returned to Travis Air Force base in California for discharge. It was more than 50 years later that he finally felt gratitude for his service. The honor flight brought him a sense of peace that had been missing all those years.

I came home with a new understanding of what my grandfathers and others like Pasquale did for our country. Our veterans have fought over the course of our country’s history to protect our freedom. As a young adult, I believe it is important for my generation to understand that freedom isn’t free, that veterans should be thanked, and we should hold pride in our people, our nation, and those who protect it. I wouldn’t trade the honor flight experience for anything.