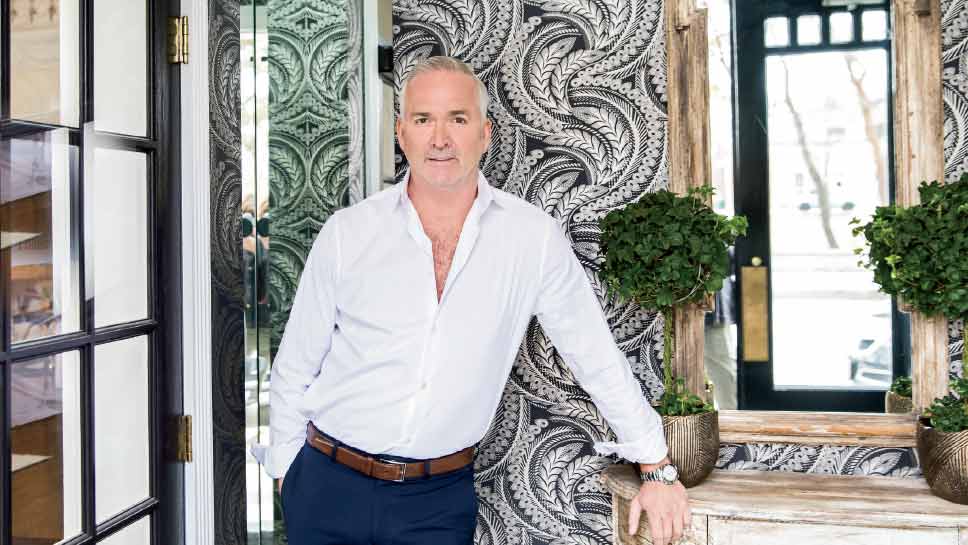 Paul Rehder reflects on a beautiful career and looks toward the future. PHOTOGRAPHY BY ROBIN SUBAR

Long before the rest of the world wakes up, salon owner Paul Rehder rises from his much-deserved slumber. He takes a moment to breathe in the day that lies ahead of him and then proceeds to exercise both his body and his soul.

“5 a.m. is my time for myself,” Rehder says quietly. “It’s the time I take to center myself, both in body and mind. As I have gotten older, it’s become an even more important part of my routine, because it helps me stay both grounded and centered.”

And then, he gets in his car and goes for a drive.

“It’s always humbling for me to take this drive,” explains Rehder during a recent interview with Sheridan Road magazine. “For so many years, my clients would drive in from the North Shore to my salon in the city. And now, as I routinely drive from the city to our salon in Winnetka, it is as if I can now feel the commitment they made to come see me. It’s hard to explain that sort of commitment and that kind of loyalty.”

But it’s this commitment and this loyalty that Rehder says serves as the backbone of the success of his salons. Currently celebrating their four-year anniversary in Winnetka and over twenty-eight years in the city, Paul Rehder’s salons have become quite well known not only for the talents of his staff but the serenity in which the salons provide.

“We always want to provide an environment for our clients that allows them to take a breath for a moment,” says Rehder, who opened his first salon at the age of 27 with just three employees under his wing. “So many of these women are in a chapter of their lives when they have so many responsibilities to their family, their kids, and their community.”

But during their time in the salon chair, these clients find solace.

“There isn’t a day that a client doesn’t pull me aside and thank me for what we offer to them,” he says. “You can’t find any better people than the people in the Midwest. They are genuinely very loyal. My life has happened because of them.”

At this point of his career, Rehder says he has much he still wants to accomplish. “I am a list guy,” he admits. “I always seem to come in with a pad of paper of things I need to get done.”

So, what is on his list these days? Plenty.

“I want to make sure our team is as educated as possible,” says Rehder, whose certified master colorists have received a number of national recognitions throughout the years. “I also have many future goals, including Paul Rehder Beauty. We are testing the waters when it comes to skin treatments. And yes, adding another location to our portfolio in the near future is something that is very possible.”

There is a lot to look forward to. “I feel very thankful and feel very blessed to live the life I lead,” he says.