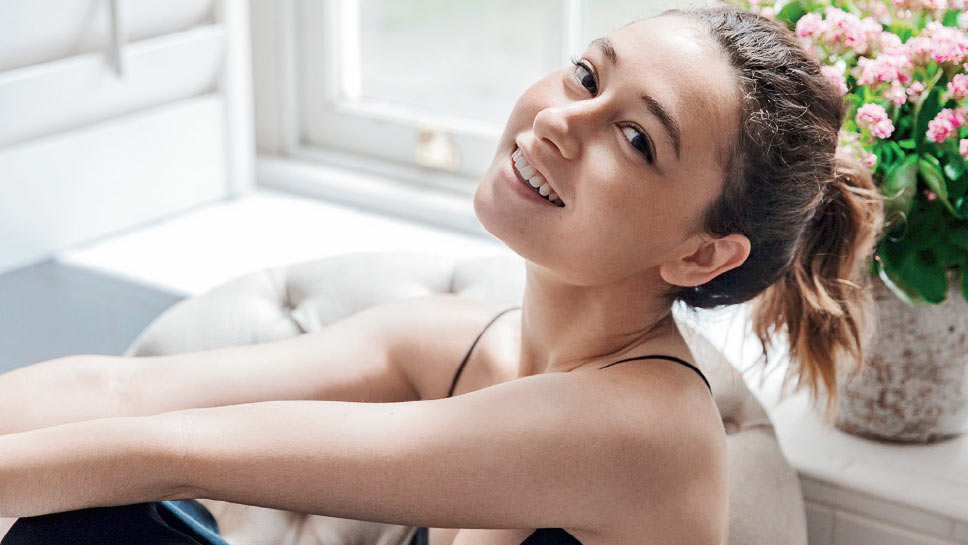 Glencoe native Emily Ferber, editorial director of Glossier and its blog Into the Gloss, wouldn’t describe herself as a beauty lover but, to be fair, when she started with Into the Gloss after graduating from Northwestern’s Medill School of Journalism, the now cult-favorite beauty brand Glossier had yet to even launch.

“I thought I was joining this niche media company,” says Ferber. “We worked in a tiny penthouse space that’s now our New York showroom, and it took me two days to work up the courage to ask, ‘What’s this bottle with the G on it?’ And they were like, ‘Oh, we’re launching a brand.’ I went from not wanting to work at a startup—I didn’t have a great understanding of what a startup was, and the startup culture in Chicago at the time was very different than in New York—to it being the luckiest accident I ever made.”

She received the job offer on a Thursday in June 2014 and was in New York by Tuesday morning, worried if she didn’t accept right away, it would be rescinded. “I also wasn’t totally honest and led them to believe I was already based in New York,” she shares. 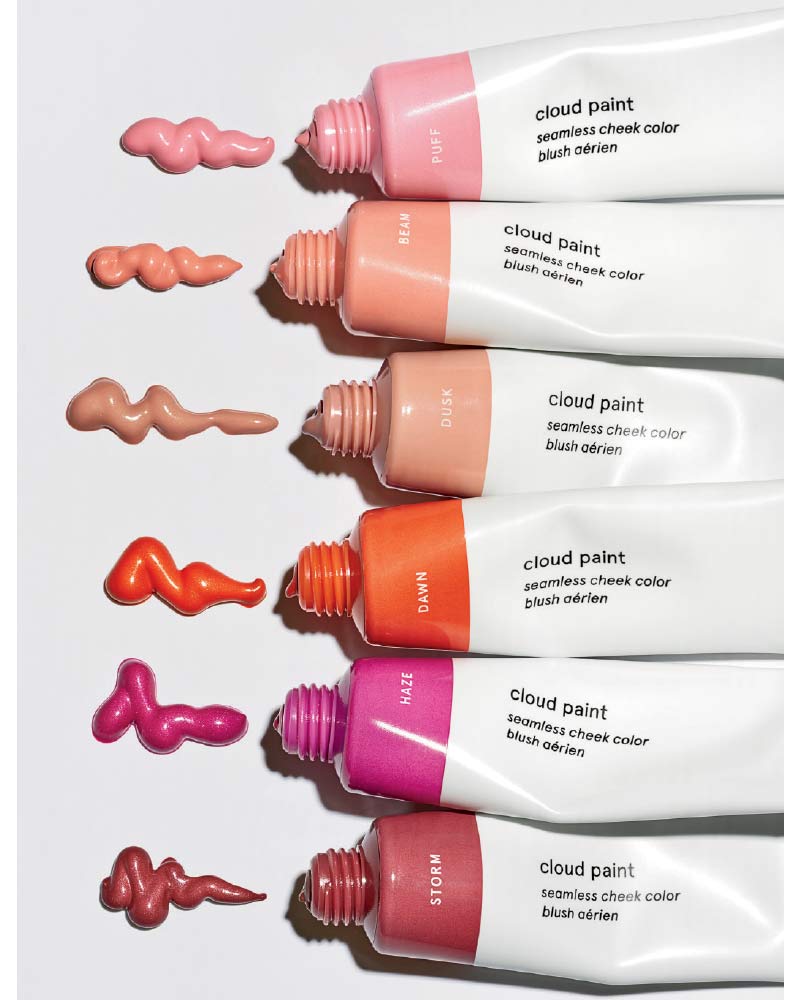 When she started, the Into the Gloss vision and perspective had already been well-established and was well-known. She’d been a reader for at least three years, seriously for one, and now she’s running the editorial operations, which she describes as person-centered. “I used to say a lot that it’s not about the lipstick,” she says. “It’s about what you were doing while wearing the lipstick.”

In the early stages of the company, Ferber once spent a day building IKEA furniture for their office. Throughout the process, she wore Charlotte Tilbury’s Red Carpet Red lipstick and even forgot she had it on until looking in the mirror. She’d later write a review of the product for Into the Gloss to tout its comfort and long-wearability. “A lot of writers write with someone in mind,” says Ferber. “I always write with my dad in mind, which is antithetical to beauty writing for women, but I want to have a certain level of humor and intellect baked in so even if he’s not going to buy the lipstick, he still finds it enjoyable.” 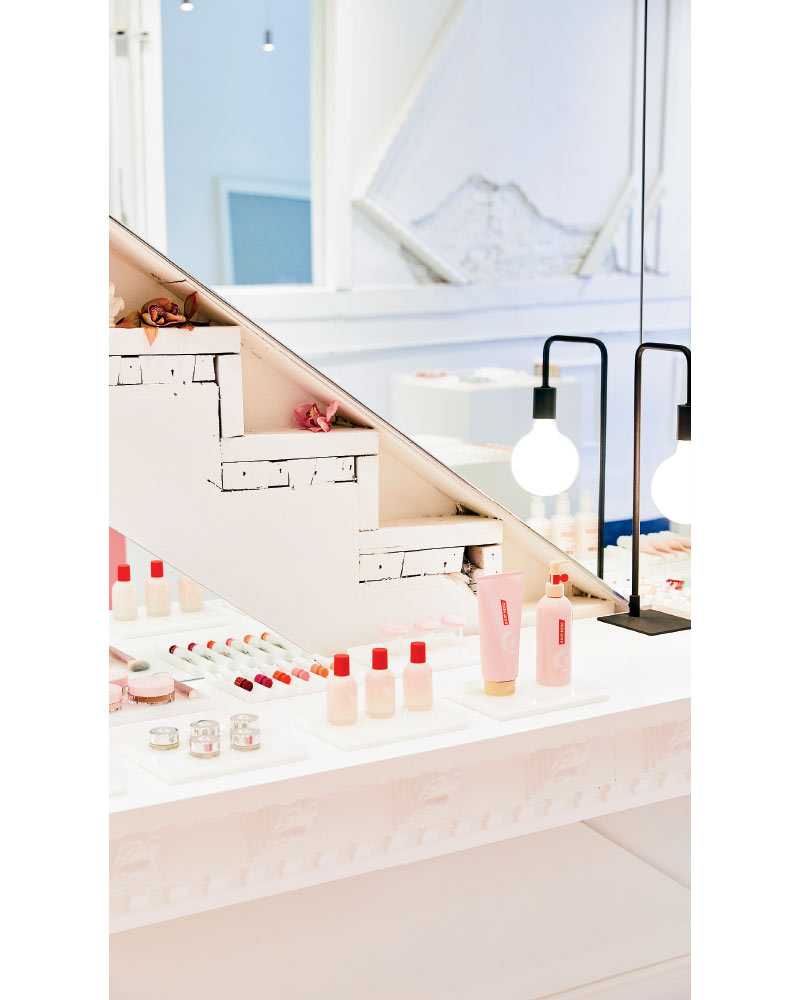 It’s that philosophy that is, at least partially, responsible for the high levels of engagement both Into the Gloss and Glossier see, online and on social media. Ferber says all of their content is never the period at the end of the sentence but rather meant to start a conversation with their readers.

So when Glossier announced its plan to open a temporary retail pop-up in Chicago’s West Loop neighborhood this last August, the conversation on Instagram heated up with fans eagerly anticipating more details. Open now through October 28, visitors to the all-white, Instagram-friendly space will be able to shop the full Glossier product line while also learning about the brand through interactive installations.

“I’m really excited to go and introduce ourselves to Chicago for no other reason than because we like you, and we hope you’ll like us, so let’s be friends,” says Ferber. “I think Chicago deserves a fun shopping experience, and the West Loop wasn’t super developed yet when I was there, so I will be as new to it as it is to me. It will be a ‘nice to meet you’ kind of moment.” 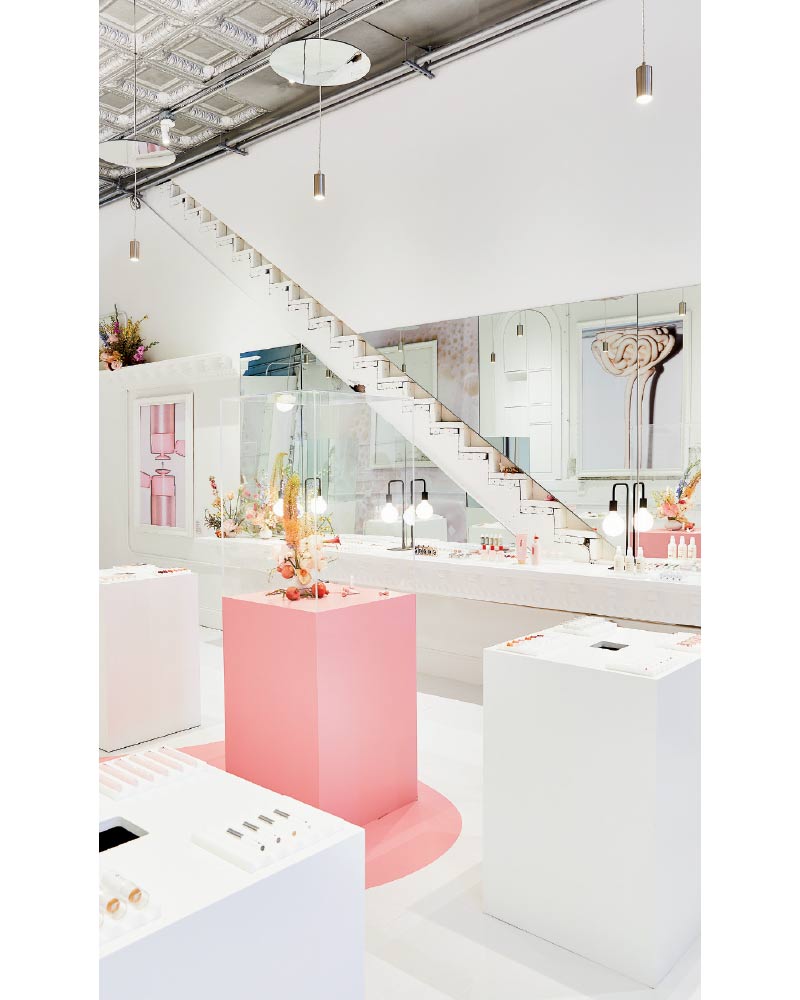 According to Glossier’s data, the brand’s Boy Brow ($16), an eyebrow filler and shaper, and its Cloud Paint ($18), a sheer blush, perform really well. Ferber goes so far as to say she won’t go anywhere without 30 tubes of Boy Brow, just in case. “And I actually think Cloud Paint is the world’s easiest blush,” she says. “As a beauty editor, blush is the one thing I wouldn’t touch—I wouldn’t shoot it, write about it, or try it. It didn’t feel very modern but seeing how our audience uses Cloud Paint has inspired me. It looks really natural, healthy and beautiful, like, damn, that’s blush? I should really use blush.”

If someone from Chicago were to ask her what they need, she’d recommend Priming Moisturizer Rich ($35), a face cream, for winter and wind. And even though Ferber is now a New Yorker, there’s a Midwestern kindness that comes through when we’re talking, a sense of wanting the best for people, whether that was cultivated in Glencoe or at Glossier.

“But I was built to be in New York,” she says. “It wasn’t even a question, not that I don’t relish driving up Sheridan Road, which is always lovely.” She still has her hometown favorites, too. 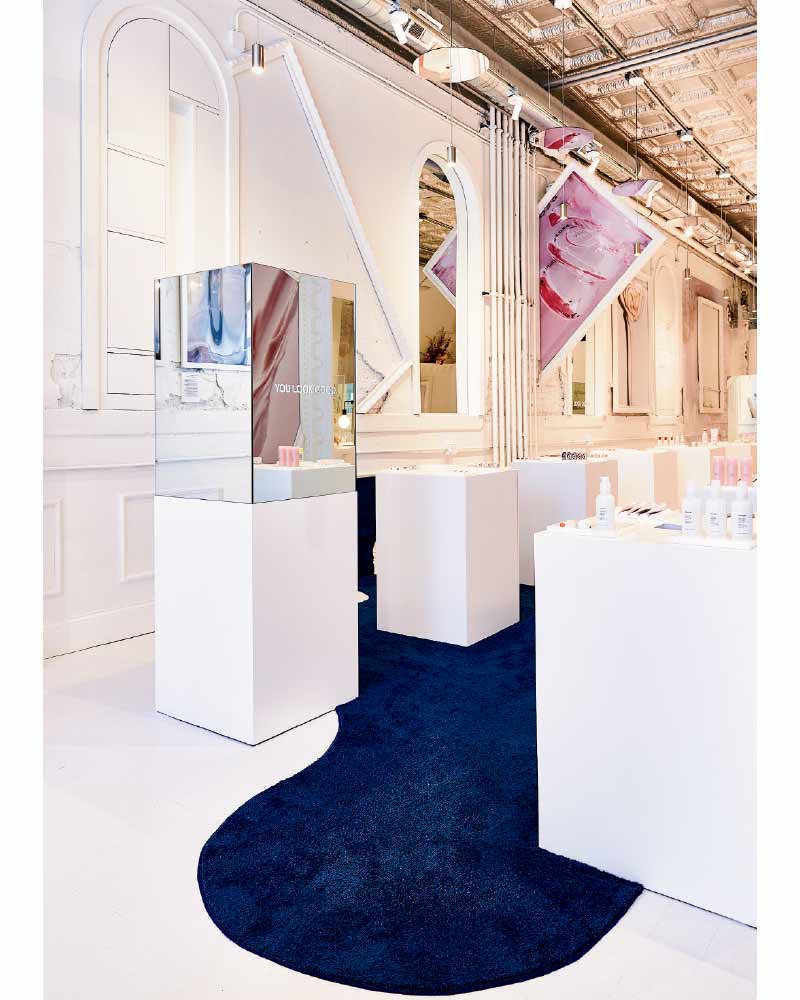 “I’m really excited about Athene in Winnetka,” she says. “There aren’t any other stores that have such a keen eye and aesthetic. It’s nice to see someone’s personal edit and have it feel really fresh and new. I also can’t wait to check out Momotaro again.”

Momotaro is where Ferber will be headed after what’s sure to be a successful launch party for Glossier’s Chicago pop-up. And we can’t wait to see where she heads after that.