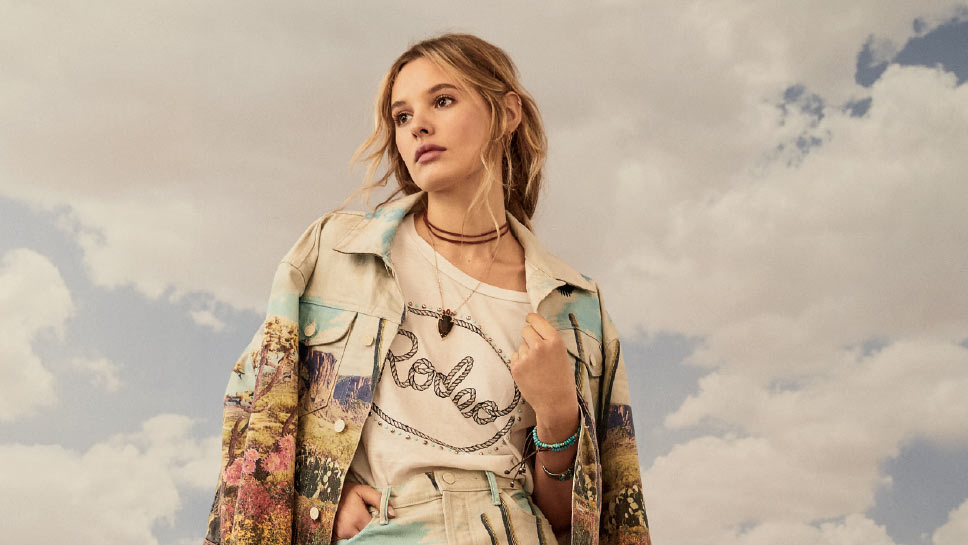 The North Shore’s Tim Kaeding has storytelling in his genes.

When Meghan Markle made her first public appearance with Prince Harry at the Invictus Games in September 2017, all eyes were on her denim. She wore MOTHER’s Looker Ankle Fray style in Love Gun, and the brand sold out of its stock in just three days. “Overall, you can’t go wrong with a high-waisted style, like the Insider or the Looker,” says Tim Kaeding, co-founder and creative director at MOTHER. He should know—there’s still a wait list for certain sizes of the style Markle made famous, and it’s cleverly marketed as “fit for royalty.”

But MOTHER launched well before Markle and Prince Harry were the world’s ‘it’ couple when, in 2010, Kaeding and his co-founder Lela Becker were determined to do it all differently. “I was inspired by the memories and experiences of growing up in the ‘70s— what we were wearing, what we were doing, and who we were getting in trouble with,” says Kaeding. “The brand reflects the freedom to be unfiltered, brazen and, above all, amusing.”

Kaeding grew up “all around” the North Shore area. Eventually, though, he moved to New York for school and 13 years later, departed for Los Angeles. “I think that growing up in the Midwest instilled a sense of kindness and hospitality, which has had a pretty big impact on the way I work with people,” he explains. 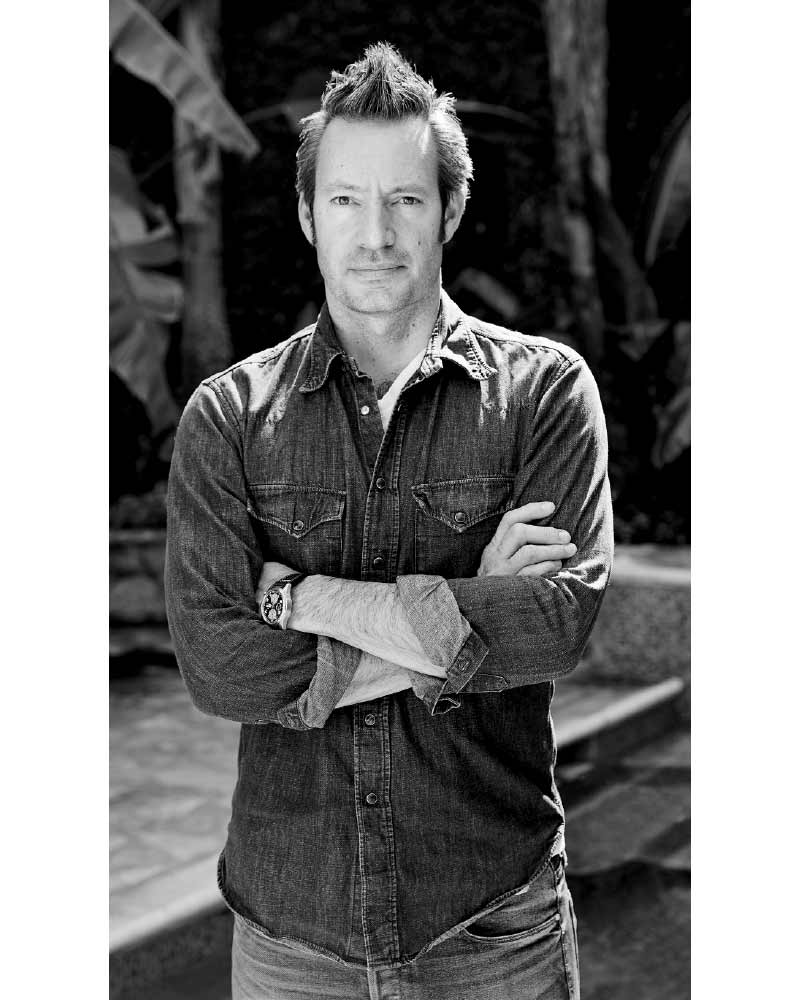 That same sense of kindness has made its way into MOTHER’s DNA. The name itself plays off the idea of duality and evokes both unconditional love and teenage rebellion at the same time. The brand’s attitude and collections always present a juxtaposition of hard and soft, and it stands for having fun and not taking yourself too seriously.

And they mean it. When asked if there are any denim trends he’ll never pursue, Kaeding says, “There are often times that I think I will never do something, but then I end up doing it.”

The team at MOTHER believes there is personality to be found in unexpected places, and they’re storytellers at heart. “Once a year, we do a capsule collection where we design something outside of our norm,” shares Kaeding. “This fall, we introduced Giddy Up, a western-inspired collection featuring fringe, tooled leather, rhinestones, and metal hardware with lassos. We are particularly excited about the Revenge on Superstition Mountain jacket and skirt set with a desert landscape print.” 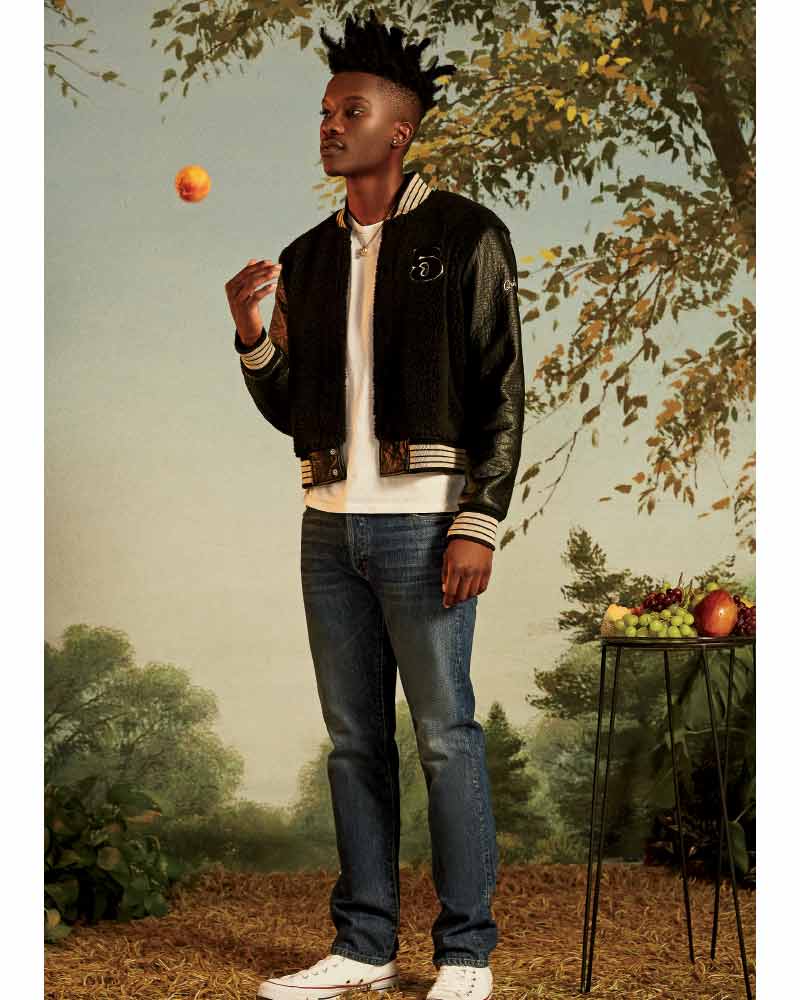 Kaeding explains that Western denim and details have always gone hand-in-hand, having originated as work wear. In terms of what he wears to work? Kaeding has a uniform. “I’ll wear a chambray shirt over a white tee and pair with my favorite fit from our new men’s collection, the Neat,” he says. “What else do men need to wear? You never want to be the third guy in a room wearing a gingham shirt.”

Launched this spring, the men’s collection features three men’s denim fits—skinny, straight, and tapered straight—in four washes with names inspired by nightlife, like the Joint, the Neat and the Chaser. “As the women’s collection evolved, we started to use men’s jeans, patterns, and fabrics for a borrowed from the boys look,” says Kaeding. “We kept referring back to them and had so much built out in that area that it was only natural for a men’s collection to be the next step for us.”

They’ve already seen a strong response in their launch partner, Ron Herman, where they have a dedicated space. The top sellers are the Neat in Step on It, the Running Mate track suit, and the Buster tees: Do Less, Sports, Pink. 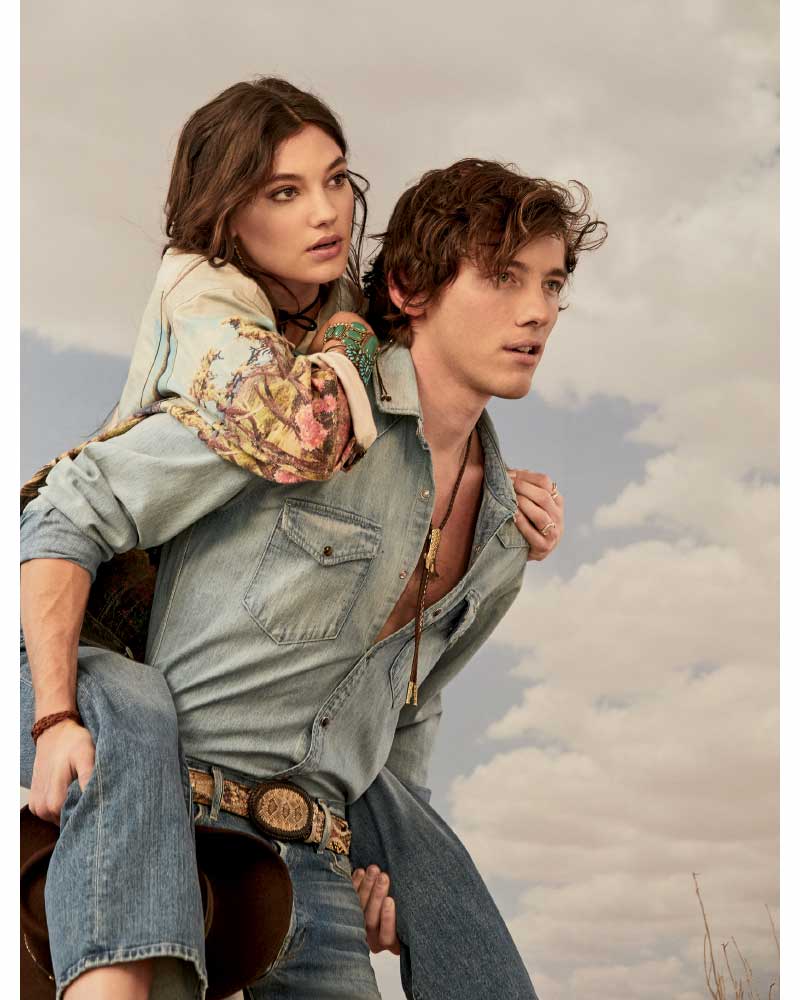 What distinguishes MOTHER as a good pair of jeans, explains Kaeding is first about fit and then about fabric. “At MOTHER, we’ve honed our fit to an unrivaled level and with fabric, created the perfect blend of softness and stretch,” he says. Rumor has it that the brand weaves in fibers more typically used in knits and then treats them with fabric finishes.

With the men’s launch complete, Kaeding is now focused on the next season. He even jokes, “They are now,” when asked if his family is as passionate about denim as he is. But, separate from MOTHER, Kaeding does have his eye on a few favorites when he’s back in Chicago. “Straight off the plane, I get either deep-dish pizza at D’Agostino’s or Lou Malnati’s,” he says. “And, of course, Portillo’s for Italian beef.”