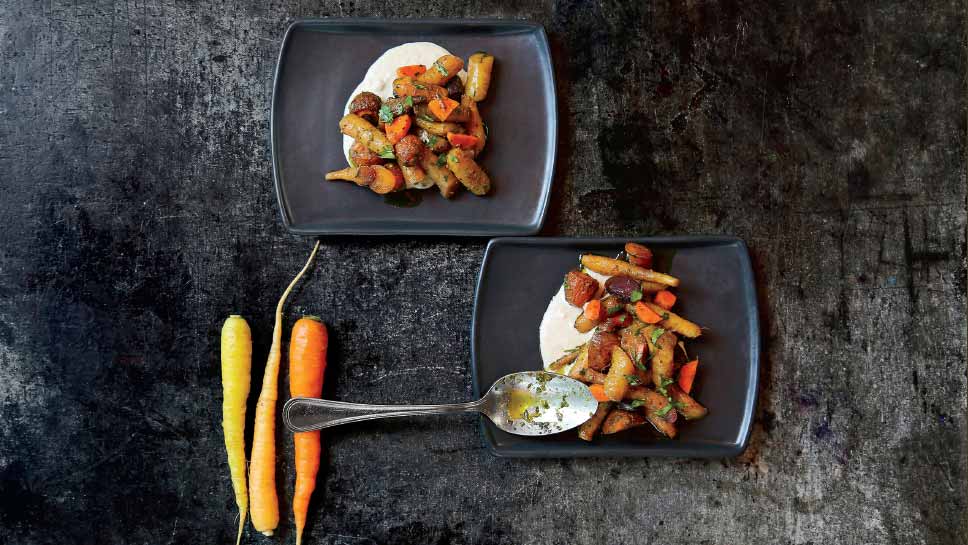 Is there any restaurant on the North Shore whose choice of artwork has been more deliberate—or revealing—than the collection housed at Found in Evanston?

The walls always spoke volumes, albeit in cryptic ways. The painting of a galleon adrift on the seas. A dancer, clad in a coral dress. Illustrated globes and maps. A cold muddy streetscape.

The word “eclectic” didn’t do it justice. Find a photo of Gertrude Stein’s Parisian salon, taking note of the way Stein stacked paintings, one atop another, until they looked like fragmented skyscrapers, and owner Amy Morton’s primary influence came gauzily into focus. 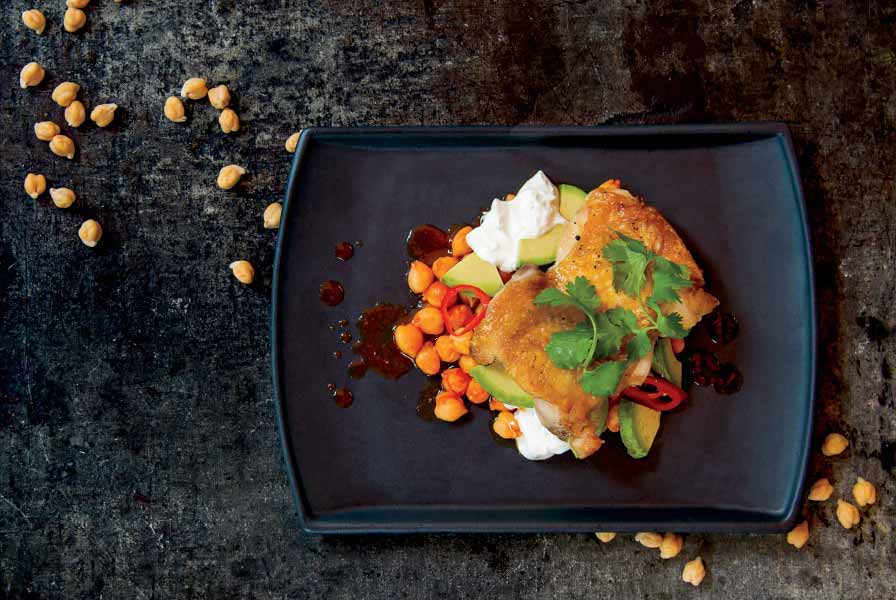 A Desert Still Life: The colors—not to mention flavors—are pure Georgia O’Keefe. Tiny chickpea nibbles get simmered in a brothy soffrito with a dash of piquillo peppers for color and spice. The chickpea juice gets ladled over a pair of crisped up chicken thighs, until the meat is a chimera of textures, both crunchy and tallow soft. Then comes the shock of Santa Fe: firm avocados set in a cooling lime yogurt. It’s smearable delight—as fun as meatloaf and gravy-soaked mashed potatoes—with a Tex-Mex soul.

The mismatched chairs and couches. The dining room’s flickeringly dark ambiance. It was a 1920s French salon meets a classy Midwestern antique fair.

And now it’s all gone, swept away to make room for something oddly familiar yet distinctly new. A very Stein-like move. The interior design equivalent of an ellipsis.

The new dining room—as well as the menu—have been built for the light instead of the dark. And Morton’s influence is now more obvious. It’s pure Age of Aquarius. Jungle-print wallpaper greets diners at the door. There’s wicker, wicker everywhere. Rugs are stretched along the walls like tapestries. Trippy mosaic-glass lamps, handmade in India, glow in psychedelic hues in the back room. And lotus flowers are tattooed on the ceiling, in an homage to the flower power generation. 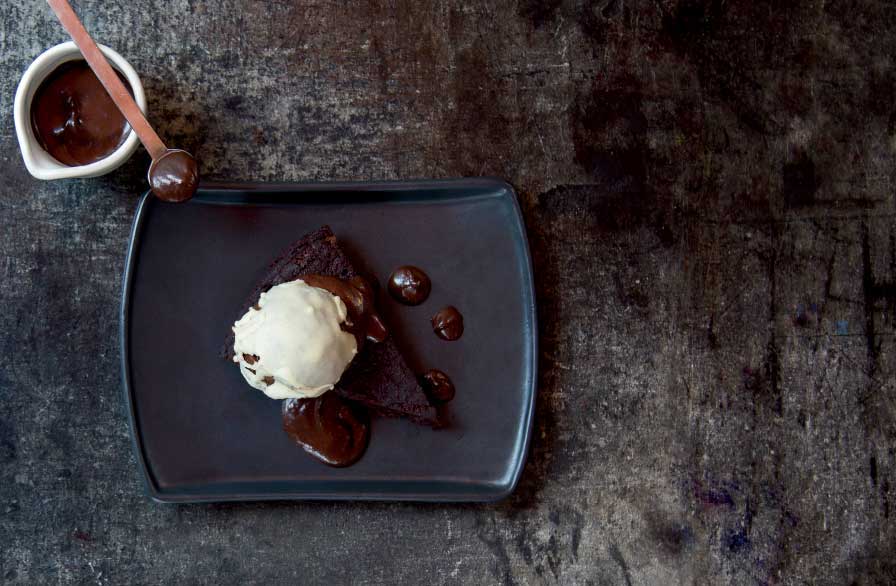 Chocolate Expressionism: Although there are only three desserts on Found’s dessert menu, this sweet treat manages to showcase four different flavors of chocolate. The base is rather simple flourless cake, but the dark ribbons latticed over the top of it are all fudge: grandma’s best brownie in liquid form. And then in a classic nod to Americana is a hunk of dark chocolate ice cream—deep and Madagascar rich—topped with a magic shell of coconut-white chocolate. The only thing to do? Deconstruct away.

The brick walls are still there, but most of the frames are filled with mirrors—providing portraits of ourselves. And during the summer, Found’s giant windows are thrown open, allowing the dining room to breathe in the sunlight, sounds and urban air of downtown Evanston. The symbolism? Pure openness, literally and figuratively.

The theme, as Morton has already made known, is “Jackie O meets The Beatles in India.” One look at some of the plating designs of Chef Bradford Phillips, which we’ve captured in portraits on these pages, reveal a similar attraction to airy yet bold color schemes.

But it’s actually a bit more than that. Whereas in the old Found, the paintings and photos were artwork. Now the room and plates, in and of themselves, are the pieces of art. It’s an attempt to resurrect an age that has come and gone, but never quite receded from view.