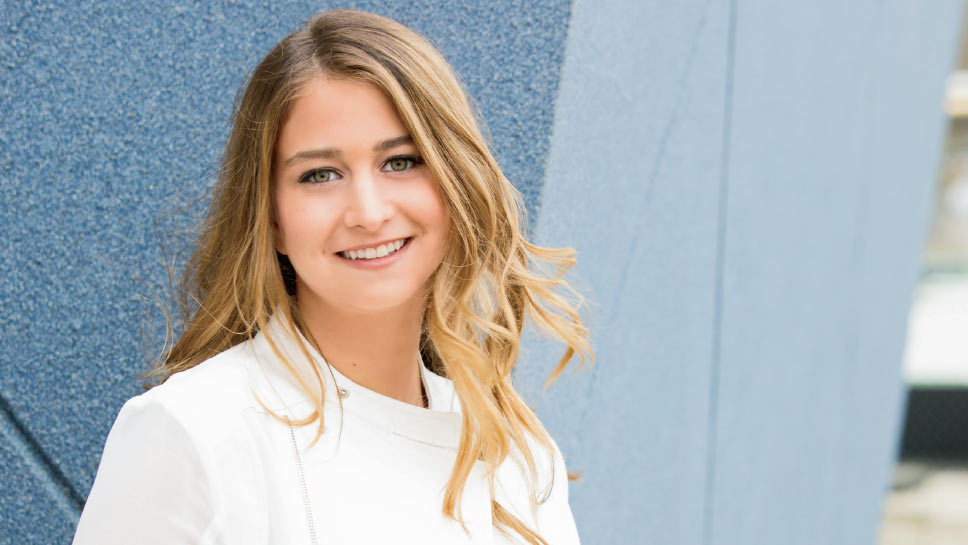 The fight against pancreatic cancer has a champion in Highland Park’s Samantha Fabric. With nearly 94 percent of patients dying within a mere five years of diagnosis, pancreatic cancer has the highest mortality rate of all major cancers. Teaming up with the renowned Rolfe Pancreatic Cancer Foundation, Fabric, now 20, became laser-focused on making a difference after her mother’s diagnosis last year. Raising nearly $70,000 through her participation in the Austin Marathon, Fabric ran side-by-side with the foundation’s president, Jim Rolfe, toward the organization’s mission to “serve as a catalyst for the early detection and ultimate cure of pancreatic cancer.” Founded in 1999 in Highland Park in honor of Michael Rolfe’s losing battle with the disease, the foundation has raised over $6,000,000, providing funding for pancreatic cancer research and resources to patients and their loved ones.

Fabric graciously took time from her busy schedule at the University of Texas at Austin, where she is majoring in early childhood education, to chat with us about her family, her work with the Rolfe Foundation, and her journey to the finish line.

Tell us about your mother’s diagnosis and the impact it had on your family.

When something happens to me that most people decide to call one of their friends about, I call my mom—she’s my built-in best friend. So when she was diagnosed at the end of August 2017, which happened to be my first day of classes for the fall semester, it was a major shock. She is young, only 48, and has lived an extremely healthy and active life—I couldn’t even keep up with her at SoulCycle!
But my family has handled this situation with extreme strength and optimism. Although this diagnosis has been devastating, it has brought us even closer and made us stronger than ever. We are all extremely lucky to have an amazing support system to help us through this time.

How did you decide to run the marathon?

I have never been an ‘athlete.’ But in February of 2016, I decided to run the Austin Half-Marathon because I wanted to accomplish something I found impossible before I entered my twenties. People told me I was nuts and wouldn’t end up sticking to it because prior to this, I couldn’t even run 4 miles, but I was driven. It was an amazing experience, and once I finished, I said to myself, ‘I’m going to run a marathon one day.’ I didn’t expect that day to be so soon, but I wouldn’t have wanted it any other way.

Since I was unable to be home with my mom to help take care of her each day, I wanted to help in a way I knew how. I decided to train for the Austin Marathon as a way to cope with what was going on around me. No matter where I was or what was happening, I could always control putting one foot in front of the other.

I wanted to put my body through the hardest thing I could in order to try to understand a little bit of what my mom was putting her body through each and every day. Throughout her sickness, she has always pushed herself to do and feel better. I wanted to push myself alongside her.

How did you join forces with the Rolfe Foundation and decide to turn your marathon into a mission?

I decided to raise money for the Rolfe Foundation in hopes of raising awareness, advancing research for early detection, increasing resources available to patients, and hoping to one day find a cure.

They were extremely helpful. Jim [Rolfe] donated directly to my team and later decided that he and his family would like to come down to support me! He and I ran the first eight miles of the marathon together—it was very fun!

My original goal was $10,000, which I quickly surpassed, raising a total of $69,122 with the help of friends and family. Crossing that finish line was the greatest moment I have ever experienced.