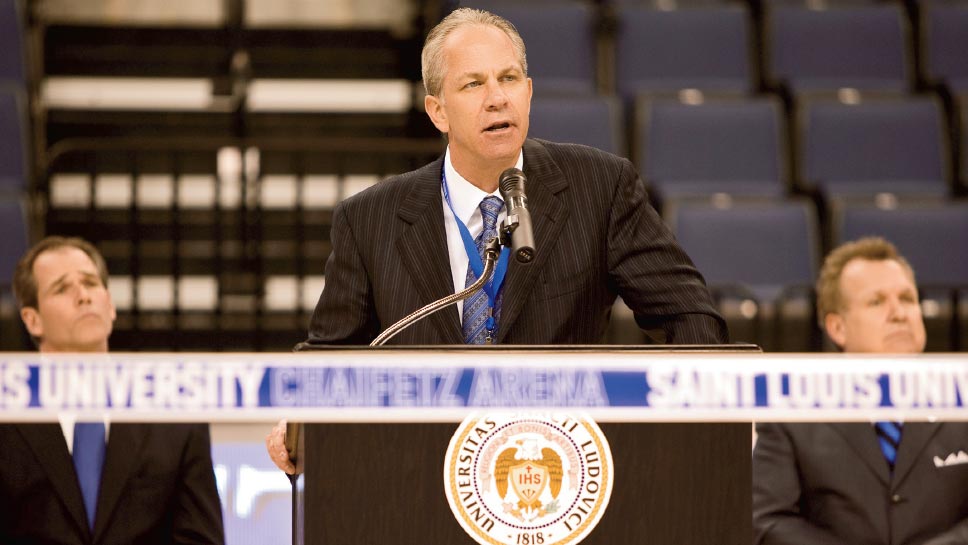 Neuropsychologist-turned-entrepreneur Dr. Richard Chaifetz talks about his life in Lake Forest, the importance of giving back and what he attributes to his success. PHOTOGRAPHY BY BRIAN BRIGGS

As a pre-med student at Saint Louis University, Dr. Richard Chaifetz knew he would be successful early on.

“I always had an entrepreneurial drive, I was always doing things to make money and looking at ways to make money,” Chaifetz says. “It was something I knew I would combine with my interest and passion of psychology and psychiatry.”

Yet the Long Island native’s path to the Midwest was by happenstance. Chaifetz, the oldest of four kids who grew up on his single mother’s teacher’s salary, attended Eastern Military Academy, an ROTC high school in Long Island and was a top student whose leadership rankings and high grades landed him a spot at West Point Military Academy. Opting out of a military future, his mentor suggested he and another student attend Saint Louis University. A great pre-med program, his mentor’s guidance, and a chance to study at a well-known university sold him.

Second semester his freshman year, Chaifetz was alerted that his tuition hadn’t been paid.

“I said to the president of the university, ‘I’m a good student, I’m committed and I want to stay,’” recalls Chaifetz. “‘I know I’m going to be successful, and if you let me stay, I will pay back the school in a big way in the future.’”

After receiving his doctorate, he used the little money he had to open up a psych center, hoping to eventually franchise them throughout the country. He went on to open up more than a dozen psych centers throughout the Midwest that helped treat a myriad of mental health issues. Yet, when the market changed from direct insurance reimbursement to an HMO model, Chaifetz changed the direction of his business, sold all of his psych centers and founded ComPsych Corporation in 1984, an employee assistance program that provided psychological services directly to employers. Now, as the largest employee assistance program in the world, Chicago-based ComPsych operates in 160 countries with 45,000 customers and serves over 100 million people.

The neuropsychologist-turned-entrepreneur didn’t end his business ventures with ComPsych, where he remains Founder, Chairman, and CEO. In 2011, he founded the Chaifetz Group, a private investment firm serving early stage and middle-market companies.

Despite his East Coast upbringing, Chaifetz’s business roots in Chicago kept him here. As a side project when he was single and living in the city, he began building a house in Lake Forest as he liked the area.

“Then I met my wife, Jill,” he says, who lived in another suburb at the time. “I liked Lake Forest, so we bought another home, not the one I built. Lake Forest is a beautiful community. We live on the lake, the schools are great, and it’s a great place to raise a family.”

He and Jill currently live in the house they bought together on the lake in Lake Forest. They have two kids: a daughter, who followed in her father’s footsteps as a neuropsychologist, and a son, who works at ComPsych as well as for the Chaifetz Group.

Over the years, Chaifetz and his wife, a Miami University alum, had conversations about the right time to give back to the school that provided so much for him: Saint Louis University. In 2007, they decided the time was right to approach the school about giving back. After talks with the university’s leadership at the time, Chaifetz found the perfect fit by giving $12 million to build a new athletic arena for the school. In turn, he got naming rights for the facility. 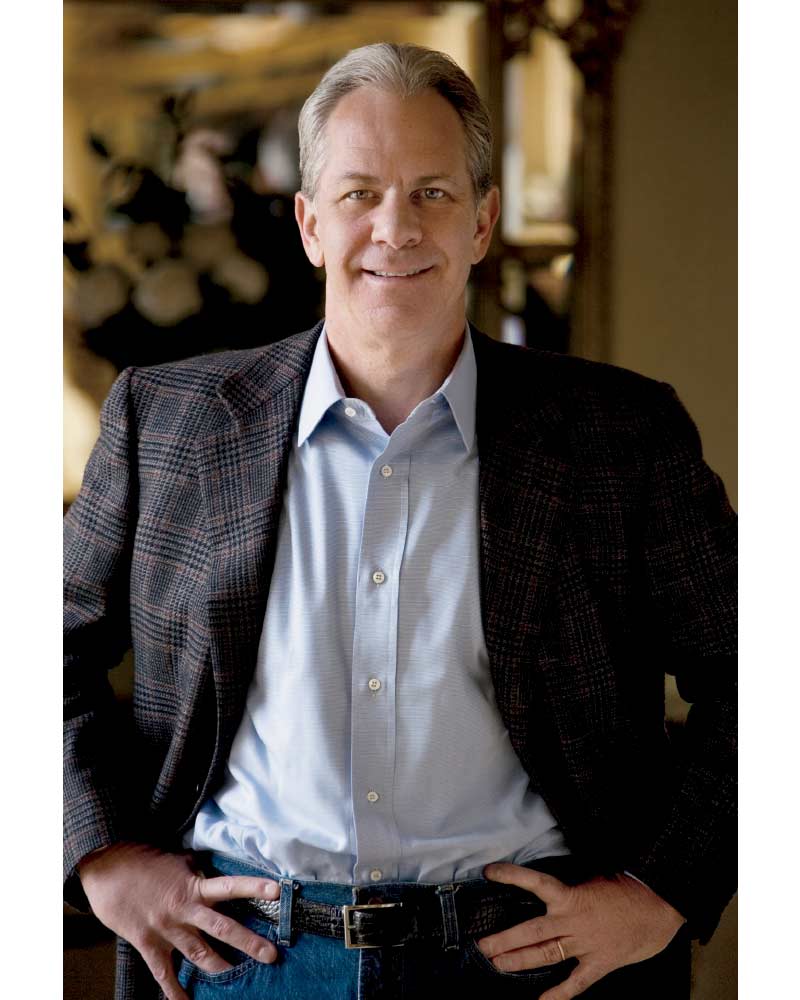 “If you feel strongly about something despite the obstacles you may face through the naysayers and the negative opinions and the questionable views, go and do it because you’ll probably be right.”

“I explained to the [president] my passion for sports and how, having no money as a student, I took my dates to the basketball and hockey games and other sporting activities,” he says. “I thought that would be a great way to honor the school and give back.”

Chaifetz Arena is currently ranked the number-one arena in the world for under 15,000 seats, in addition to being a community gym and housing the school’s men’s and women’s basketball and volleyball teams.

Since then, Chaifetz’s involvement has grown with the school. He’s on SLU’s Board of Trustees and was a co-chair of the school’s development campaign. As co-chair, he knew he had to do something more for the school, and when the naming rights were available for the business school, Chaifetz decided the time was right, once again, to donate.

“I jumped on it because business and sports are my passions,” he says. “Being able to make a significant contribution to the business school in perpetuity and the Center for Entrepreneurship is right up my alley and allows me to get involved in helping the school grow its programs and elevate its stature. I want to help attract the best and brightest faculty and students.”

Chaifetz and his wife serve on a number of other boards, including The Field Museum of Natural History, the Miami University Foundation Board, the Brain Research Foundation, the Illinois Holocaust Museum and Education Center, and the TCS Education System, among other organizations.

Having grown from a struggling college student to a neuropsychologist to an entrepreneur, the question remains: did Chaifetz know he’d grow to this level of success?

“I knew I would do well; I knew I was ambitious, motivated, reasonably smart, driven and have business sense,” he says. “I knew with those qualities I’d do well for myself, but never to the extent of course that I did.”

True to his word, Chaifetz’s generous contributions and dedication to the institutions that have helped him along the way are a testament to his business sense, but mostly his character.

“If you feel strongly about something despite the obstacles you may face through the naysayers and the negative opinions and the questionable views, go and do it because you’ll probably be right,” he says. “Great leaders in the world and the people who make a difference are the ones who don’t follow what everybody else says.”

From a student struggling to pay tuition to one of Chicago’s most successful—and charitable—entrepreneurs, Chaifetz is definitely onto something.