Provenance, quality, and rarity may be common auction speak, yet the caliber of connoisseurship presented in The Peggy and David Rockefeller Collection, to be sold in May at Christie’s New York, located in none other than Rockefeller Plaza, requires a conversation on its own. The assemblage of masterpieces spans from Impressionist and Post-Impressionist works of art, American fine and decorative arts, and English and European furniture, to Asian works of art, European ceramics and Chinese export porcelain, silver, among other categories.

Equally enchanting is the story of Peggy and David’s relationship, both as a couple pursuing their passion for the arts, and as individuals contributing to a life surrounded by beautiful objects and to creating philanthropic communities. The University of Chicago—of which David, who later became Chairman and Chief Executive of Chase Manhattan Bank, was an alum, and that his grandfather, John D. Rockefeller (founder of Standard Oil) funded in 1890, and where his father, John D. Rockefeller Jr., built the Laura Spelman Rockefeller Memorial Chapel in memory of his mother—remains a part of the special tie between the family and Chicago. 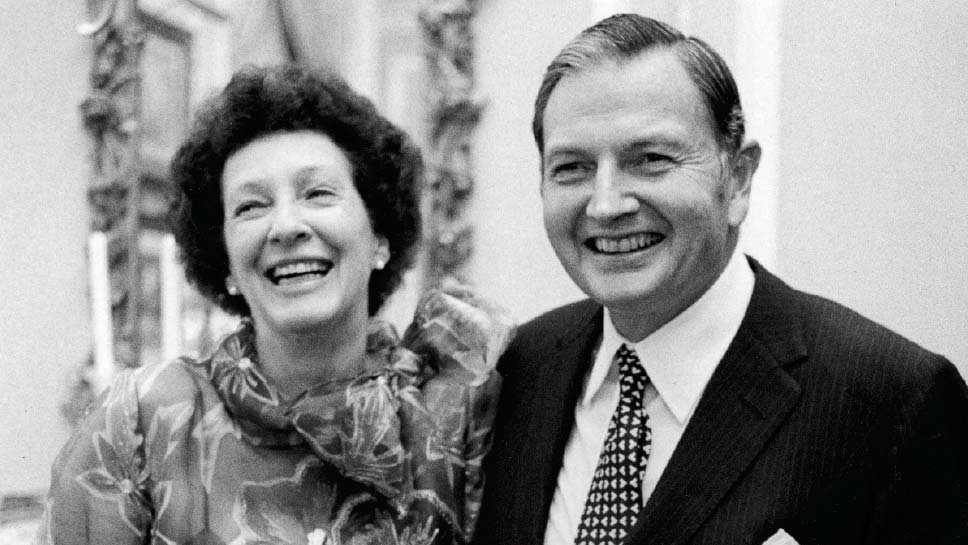 When did Peggy and David begin seriously collecting?

Cathy Busch: Their collection started modestly with a few English portraits and prints by Currier and Ives. With the encouragement of Alfred Barr, the founding Director of the Museum of Modern Art, the collection grew to encompass major works of French Impressionism, Post-Impressionism, and Modern Art—together with a large and important group of American Modern paintings. Many others had an influence on their taste and choices of things they acquired over the years, however David’s mother, Abby Aldrich Rockefeller, and aunt, Lucy Truman Aldrich, had the most lasting and profound impacts. In David’s own words: “They opened our eyes to the fact that beauty is to be found in the artistic expressions of many diverse civilizations and cultures. They also taught us that objects created in very different times and by artists of very different cultures can still go well together and even complement one another so long as they possess one important element in common—quality.” 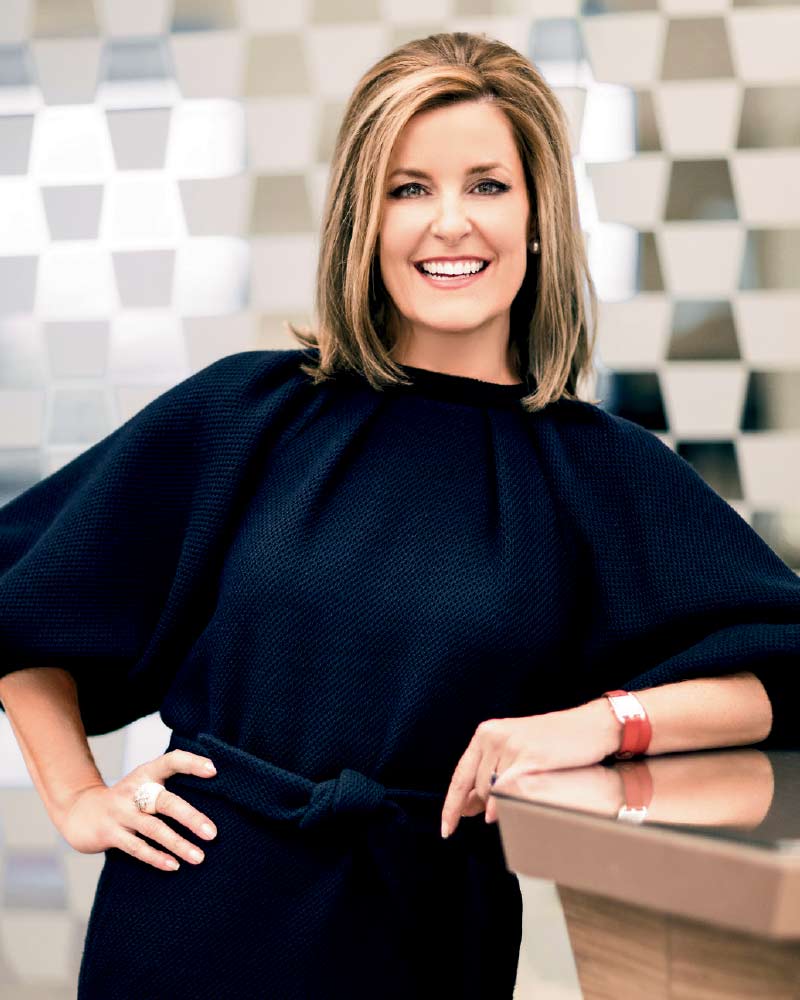 How did the University of Chicago play a part in David’s formative years?

Peter J. Johnson: In 1929, when David was 14, he took a three-month trip to Egypt, Syria, and the surrounding region with his parents. James G. Breasted of the University of Chicago Oriental Institute, a research organization and museum devoted to the study of the ancient Near East, guided the group on a trip down the Nile where they visited the major sites including the Valley of the Kings and the various Oriental Institute sites around Luxor. By the early 1920s, John D. Rockefeller, Jr. was the major supporter of the Oriental Institute, having provided funds to build the Institute’s building on the Chicago campus as well as generous funds for endowment, teaching, collections, and additional archaeological work throughout the Middle East. The trip had a powerful effect on young David, who recalled it with great pleasure for the rest of his life.

One of the Christie’s promotional tag lines of for the auction is ‘Live Like a Rockefeller’… and in their homes from Manhattan to Maine, and beyond, it is said that Peggy and David really did interact with these treasures on a daily basis—is that correct?

Cathy Busch: David Rockefeller credits his wife, Peggy, for the warmth, beauty and decoration in their homes. Peggy Rockefeller obtained a decorator’s license early on in their marriage and furnished all their homes with exquisite good taste and restraint. They lived with the objects and used them to entertain friends and family—not off-limits or stored in a vault somewhere. Guests have spoken about the experience of visiting—from spectacular seasonal flowers from the greenhouse on every tabletop to the most exquisite porcelain dinner services—it was a rarified and truly memorable gift of hospitality.

Peter J. Johnson: The Rockefellers both bought and sold objects through Christie’s and got to know not only specialists in specific areas—but also the senior people in the organization, some of whom convinced David in the early 1990s to digitize the entire collection to make collection management easier and more professional. They were certainly correct. When the Rockefellers decided that most of the collection would be sold in order to help fulfill testamentary bequests to twelve named philanthropic organizations, the long history of engagement and a careful analysis of the company’s global talents and resources, showed that Christie’s was simply the most qualified in all areas.

While it is tough to choose, can you give a glimpse of just a few of the MANY top highlights?

Cathy Busch: The three works that will undoubtedly make international headlines are sure to be: a Rose Period Picasso masterpiece, ‘Fillette à la corbeille fleurie,’ selected by Peggy and David from Gertrude Stein’s collection with anticipated bidding in the range of $90-120 million; Claude Monet’s ‘Nympheas en fleur,’ painted circa 1914-1917 with anticipated bidding in the range of $50-70 million and perhaps the most important work by Henri Matisse to be offered in a generation, ‘Odalisque couchee aux magnolias,’ painted in Nice in 1923, and having previously belonged to renowned Chicago collectors Mary and Leigh Block. The last work has long been counted among the greatest of Matisse’s paintings in private hands and Christie’s anticipates bidding in the range of $70-90 million. In addition, there is a group of American paintings featuring O’Keeffe, Avery, Sargent, Hopper, Homer, Benton, Prendergast, and many others, not to mention Asian works of art, American folk art, and furniture, and an impressive collection of duck decoys and shorebirds by the finest makers. The list is endless! 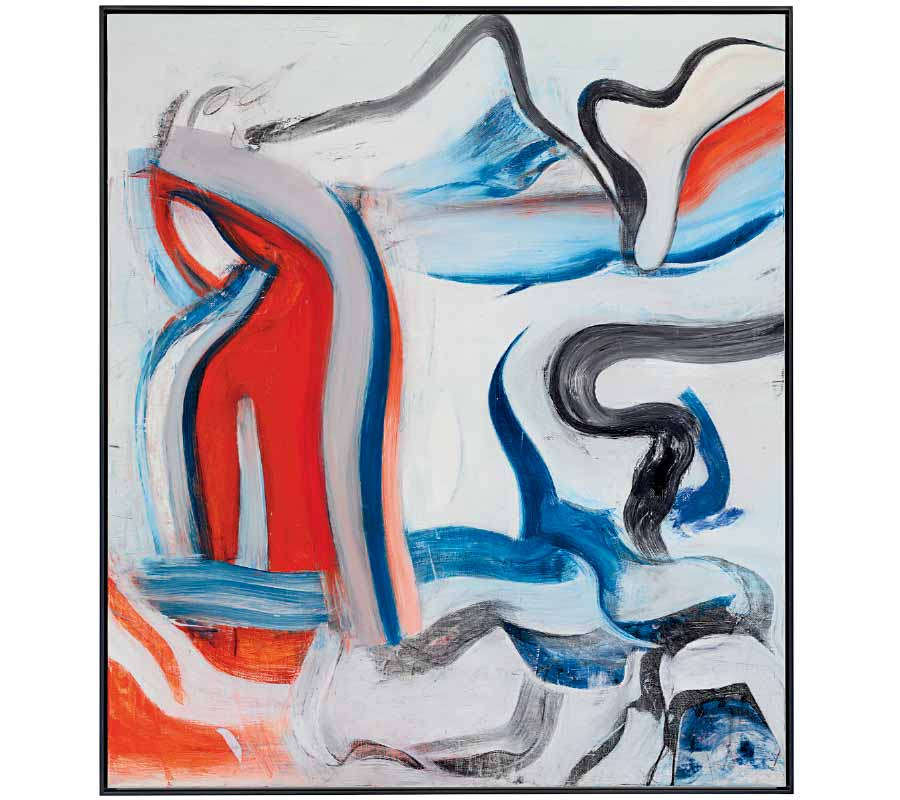 What has the excitement been like leading up to this spring auction?

Amy Wexler: Perhaps most thrilling is the chance to celebrate The Collection of Peggy and David Rockefeller at Christie’s galleries in the heart of Rockefeller Center, which was built by David’s father during the height of the Depression (employing 40,000 people) and today remains one of New York City’s most beloved Art Deco landmarks. We also wanted to be able to share the broader family legacy including the Rockefellers’ endowment of such notable American institutions as Colonial Williamsburg; the Museum of Modern Art; Rockefeller University; the University of Chicago; and more than 20 national parks. If a client is unable to visit Christie’s in person, our website provides access to virtual tours of the works as they are exhibited internationally.

Cathy Busch: The Chicago collecting community will be focused on the Rockefeller property because of its unequaled quality and, of course, the Rockefeller provenance is the gold standard. David had a spectacular and lasting impact in the arts, in education, conservation, business, medicine, and international diplomacy, and that energy for public service was woven into the very fabric of his life and it’s a story to celebrate—a model for all of us to emulate.

Christie’s is pleased to confirm public preview exhibitions of the Collection of Peggy and David Rockefeller the week of April 28 through May 7, leading up to the auctions at Christie’s Rockefeller Center in New York beginning on May 8. The exhibitions, which are open to the public, are sponsored in partnership with private aviation company, VistaJet. Content also available on Christies.com/Rockefeller and @ChristiesRockefeller (on Instagram).