Community. Engagement. Education. And, of course, music. These are the tenets of the Music Institute of Chicago (MIC), which has been leading its community toward a lifelong engagement with music through instruction and world-class performances at its renowned Nichols Concert Hall since opening its doors nearly 90 years ago.

From its original school in Winnetka, the institute has expanded over the years to include additional campuses in Lake Forest, Chicago, Downers Grove, Lincolnshire, and Evanston (two locations). “We have four and five generations of families studying music here on the North Shore—so many people here invest in their children, and themselves, when it comes to the arts. There’s a sense of dedication,” explains MIC President and CEO Mark George, a proud Wilmette resident.

He continues, “Some come to us to hone their talent on a particular instrument, some want to connect to that piece of music they have always loved and learn how to play it, and others come here to learn how to take pleasure in listening to music. We reach students as young as six months old and others through their golden years. All in all, we’re a couple of thousand students strong.”

In addition to its Community Music School, which serves all ages, disciplines, and class sizes—from private lessons to group instruction—is the MIC Academy, a nationally recognized program that nurtures and inspires musical growth in talented young adults who hope to pursue music as a professional career. 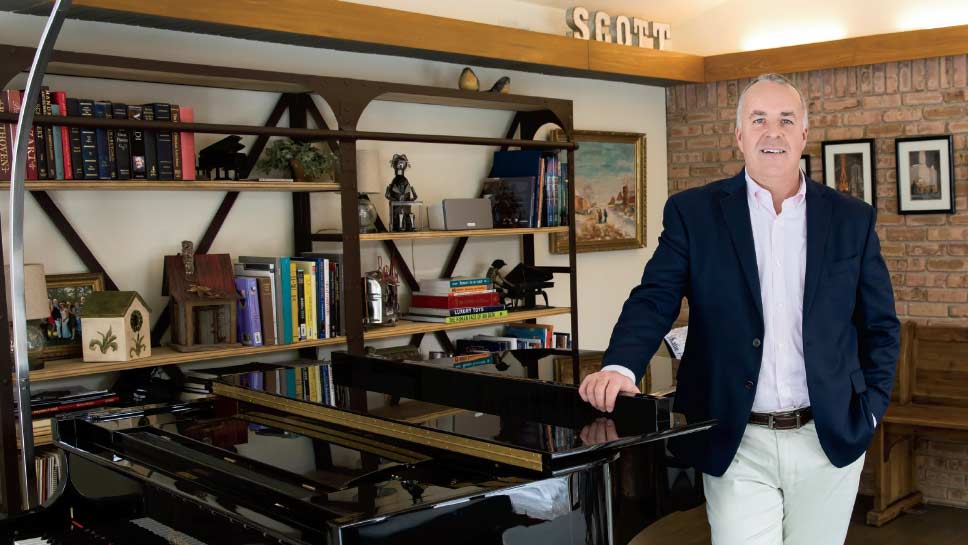 The Music Institute of Chicago, founded in 1931, keeps its mission of transforming lives through music education alive through its high-caliber classes and performances, and the support of its annual Anniversary Gala, taking place next month at the Fairmont Hotel. MIC Board Chair Scott Verschoor. PHOTOGRAPHY BY ROBIN SUBAR

“The MIC is a community music school with emphasis on ‘community,’” says George. And this sense of community extends beyond the walls of its many campuses up and down the lake. Their mission also emphasizes community at large, through hospital performances and a longstanding relationship with Chicago Public Schools. As part of their CPS program, MIC faculty visits classrooms to instill the joy of music and integrate and relate music instruction to existing classroom curriculum.

“This is a population that needs all of the art and nurturing it can get, and the funds raised at our annual gala definitely help that,” George explains. “It is also an opportunity for us every year to celebrate our students, teachers, and honored guests.” 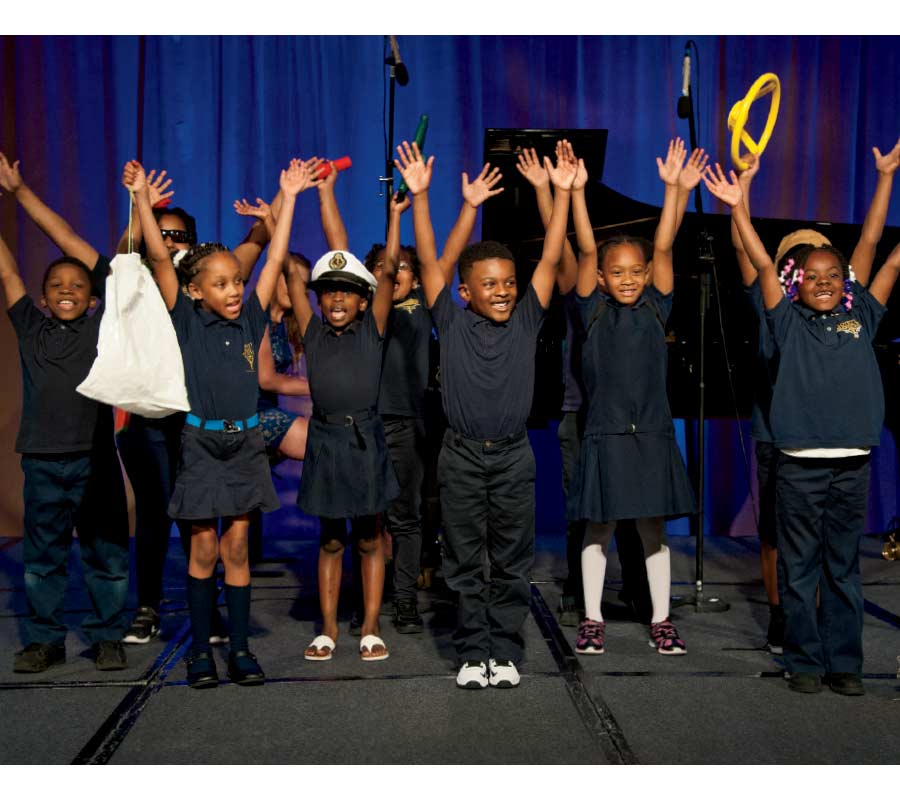 The MIC’s primary fundraiser, which typically raises between $800,000 and $1 million (earmarked for music scholarships, financial aid, and school outreach), showcases the good work that the institute is doing and honors those making a difference in the field.

“To host a gala like this, it’s an all-in effort,” explains MIC Board Chair Scott Verschoor of Lake Forest, himself a student of the institute in piano. Verschoor, who works for professional services firm KPMG, joined the MIC Board about five years ago, seeking to align his volunteer commitments to his personal passions. “Among many things, what I love about the MIC is that it makes music accessible to anybody and everybody.”

The gala kicks off with cocktails and mingling for the nearly 400 guests, followed by dinner, a paddle raise, and a series of performances by students from the Community Music School, the Academy, and Chicago Public Schools. “Our students, some as young as five or six, play with such maturity and grace, even if their feet can’t touch the floor from the piano bench,” says Verschoor.

The evening culminates in the presentation of awards to esteemed musicians, teachers, and supporters of the arts. The 2018 Anniversary Gala, taking place this year on Monday, May 21, will honor Frederick H. Waddell, Chairman of Northern Trust, with its Cultural Visionary Award for Chicago.

Waddell shares, “I am honored to be the recipient of the Music Institute’s Cultural Visionary Award for Chicago. The Music Institute has been an invaluable resource in the greater Chicago area for generations. We are fortunate to have such a high quality community music school available to everyone, from beginners to seasoned musicians.”

This year’s Dushkin Award, named for the Institute’s visionary founders, will be presented to legendary violist, conductor, and educator Pinchas Zukerman, who will perform as part of the Zukerman Trio at MIC’s historic Nichols Concert Hall in downtown Evanston on May 20. Zukerman will also conduct a master class on May 21 with Academy and Community Music School students, a free public event and a rare glimpse of a master musician in an intimate setting.

“We pick these awardees not just on the basis of how they play as superstar musicians; they have to have a serious passion for education. Zukerman wants to nurture the next generation of young musicians to keep this art form in good hands,” George relates. “He exemplifies the words of David Dushkin, words we live by: ‘Music is not a calling to be pursued in solitude…It is basic to life, like bread and fresh air.’”