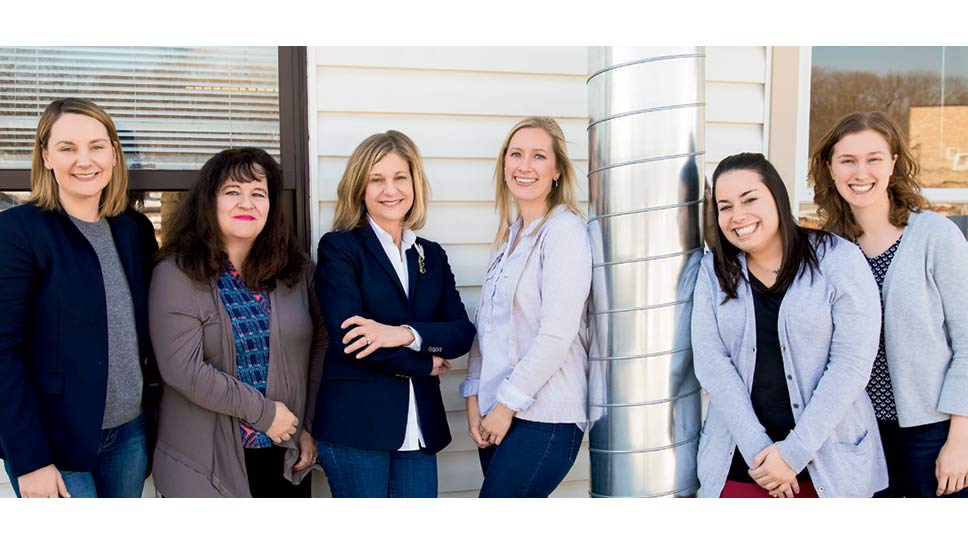 What began as a parent’s response to a daughter’s tragic battle with depression has blossomed into Erika’s Lighthouse, a Winnetka-based organization armed with a passion to empower young people and those around them with the knowledge and skills needed to understand and cope with depression.

Since 2004, Erika’s Lighthouse staff and its committed, multi-generational volunteer corps, have worked countless hours to ensure that as many young people as possible hear its message: Although depression is common and may be serious, it is treatable—you are not alone. In 2017 alone, they have touched the lives of over 80,000 individuals in 114 communities and 176 schools across the country.

Its annual gala, on Saturday, May 12, is what helps make it all possible: “The 2018 Hope Grows gala will be an event during which we hope to cultivate our existing donors and engage new supporters, both of which are so important to the growth of our organization,” shares Kristina Kins, Erika’s Lighthouse Director of Outreach & Development. “‘It takes many hands to tend a garden, and without the support of community members, Erika’s Lighthouse would not be where it is today.”

This year’s event, sponsored by Compass Health Center and Forever Om Yoga, will start off with cocktails and a wine raffle. A seated dinner follows, complete with a live auction, paddle raise, and dancing to the music of Gritman & Moran.

In addition to planning its spring fundraiser, Erika’s Lighthouse has been working with school partners to prepare the final version of its newest high school depression education program, which will be officially rolled out in August, along with its new website, promising a seamless experience for middle school and high school partners seeking information on its school-based programs. As the organization continues to grow into more schools and communities, the Erika’s Lighthouse team will be striving to expand its hopeful and helpful messaging to achieve the greatest possible impact on the community.

2018 also marks the fifth year that Erika’s Lighthouse has participated as an official charity team in the Bank of America Chicago Marathon. “Our first team came together in 2014 with 7 runners crossing the finish line. In 2015 the number of team members doubled and one year later, 34 brave souls joined the team, including Executive Director Heather Freed, who not only managed the team but also joined fellow fundraisers on the streets of Chicago to run the 26.2 miles,” Kins explains. “In this 5th year of our charity team, we have 46 runners confirmed, and are already putting the word out there, making strides to end stigma!”