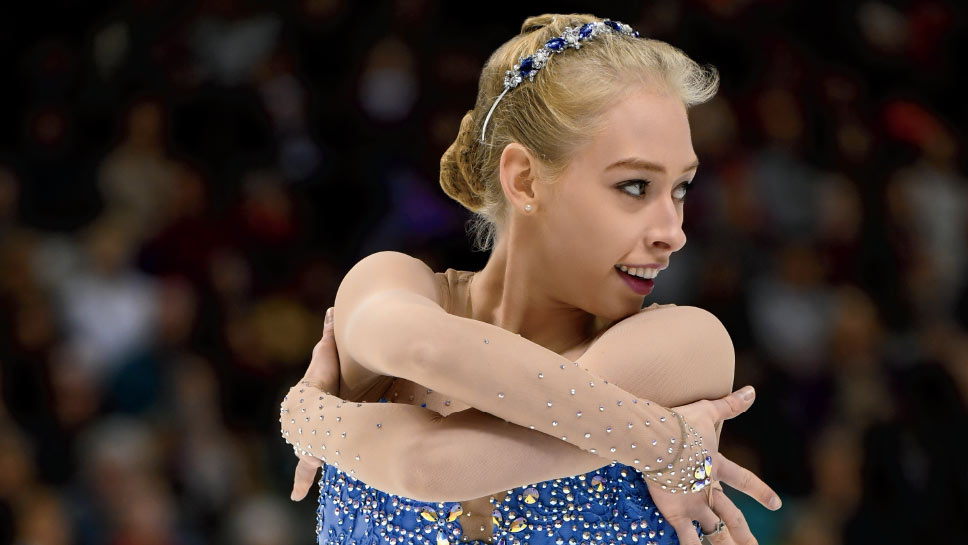 Figure skater Bradie Tennell only began competing internationally at the senior level last year but in January (at just 19 years old), she won first place at the United States’ Figure Skating Championships. Fittingly, Tennell was the final skater of the night and performed to “A Dream is a Wish Your Heart Makes” from Cinderella, and the line, “If you keep dreaming, the dream that you wish will come true,” particularly resonated after Tennell received a standing ovation.

“It was indescribable,” she says. “I was just a bundle of emotions. I was proud, I was excited, I was happy. It was one of the best moments of my life, without a doubt.”

After her win, Tennell secured her bid along with figure skaters Mirai Nagasu and Karen Chen to the 2018 Winter Olympics held in Pyeongchang, South Korea. Tennell’s mental toughness, along with her first place finish, is what is said to have swayed the decision to include a relative newbie instead of veteran Ashley Wagner, who will be a team alternate.

“Since I can remember, I’ve always been mentally tough,” says Tennell. “The important thing is that, when it starts to falter, my mom is there to pick me back up.”

Tennell and her mother Jean, a registered nurse, have a close relationship, and it’s her mother who she credits with the inspiration for a career in professional figure skating. One day when Tennell was just two-and-a-half years old Jean took her to the nearest ice rink. After that first time, whenever her mom returned home from work, Tennell would ask to go ice-skating … and the rest is history.

It hasn’t always been smooth sailing, though. In May 2015, Tennell was diagnosed with a stress fracture in her lumbar vertebra and then in June 2016, another stress fracture was
found in a different lumbar vertebra. The injuries required intensive physical therapy before Tennell could eventually return to the ice.

“I relied on my mom and my family to help with positivity,” she says. “I watched a lot of TV and read a lot of books to keep my mind off being away from the ice. I made sure I was doing my physical therapy exercises and knew I would come back stronger than ever.” Tennell is still an avid reader but also loves to cook, bake, watch movies, and spend time with her family and friends when not busy training. 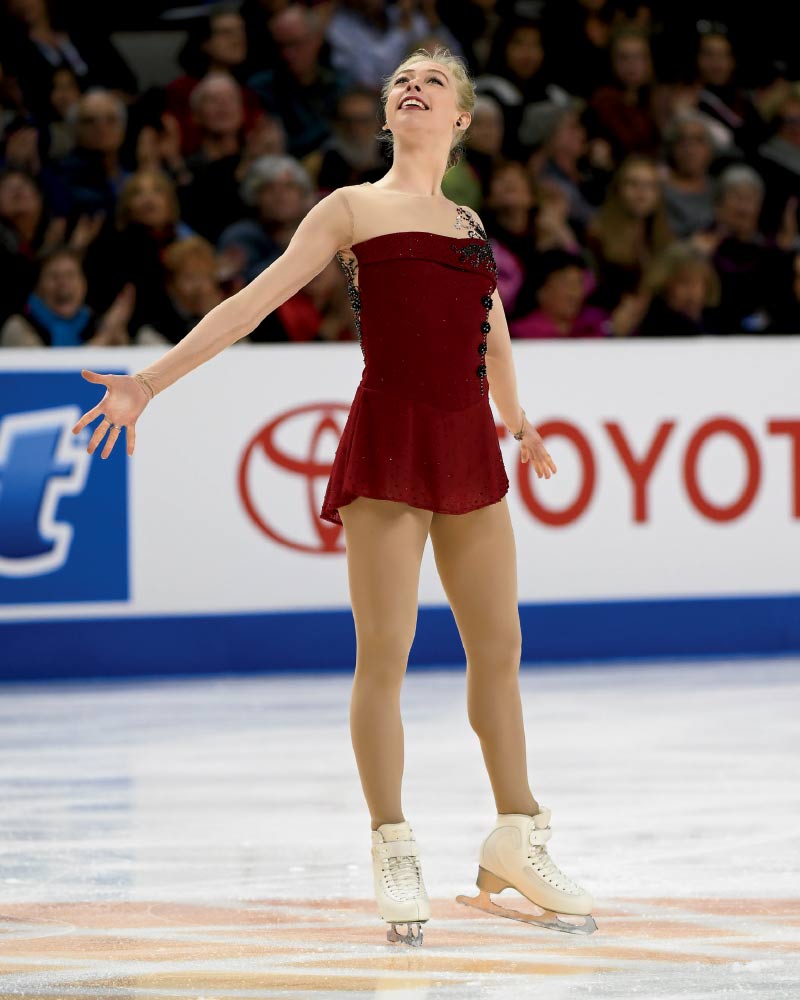 Preparations for the Olympics were well underway at press time with Tennell training daily at the Twin Rinks Ice Pavilion in Buffalo Grove and with the Skokie Valley Skating Club. Tennell notes she is preparing in the same way she prepares for other competitions and doesn’t want to make any big changes. Mainly, she’s fine-tuning her programs, one of which is the Cinderella free skate.

“It’s a really special program for me,” says Tennell. “I’ve always loved Cinderella’s story and her character and everything about her. This was really the first time I’ve been healthy at the senior level so I felt it was a good time to let that side of myself out and put it all out there with a program like this. When I was three, my mom made me a Cinderella costume for Halloween, and I wore it every single day. That’s largely the inspiration behind the music.”

In her Olympics debut, Tennell wants to skate her best and hopes fans will see the dedication and hard work of the last several years in her performance. “I’m really looking forward to stepping onto the Olympic ice for the first time,” she says.

At press time, the 2018 Winter Olympic figure skating competition had not yet aired but regardless of the outcome, Bradie Tennell is a winner in our book.