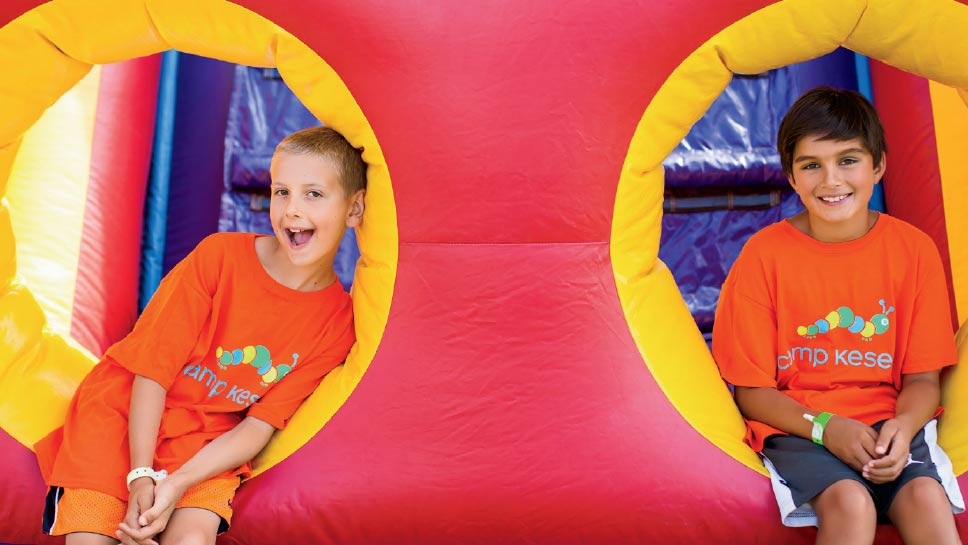 Simran and Millan, wiggly and smiling as any 7 and 8 year olds just in from the outdoors, are especially animated right now. They’re telling Camp Kesem stories: The time Simran’s team did really well in the Color Wars competition…the time Millan and his best camp buddy first met… how fun it was to cover the counselors faces in whipped cream during the Messy Olympics.

Simran and Millan—otherwise known as Banana Split and Golfmaster in the whimsical Camp Kesem tradition of creating monikers that the campers go by while there—say they can’t wait to return for their fourth year. But that eagerness, says Simran, wasn’t there three years ago.

“Right after my dad died was my first time,” recalls Simran. “I really didn’t want to go; I think I was afraid to leave my mom. But I’m really glad I decided to go.”

“And me, as well,” says Neha Biggs, the kids’ mom and now a national board member at Camp Kesem, the groundbreaking free-summer-camp program for children who have lost a parent to cancer, have a parent undergoing cancer treatment, or whose parent is a cancer survivor. 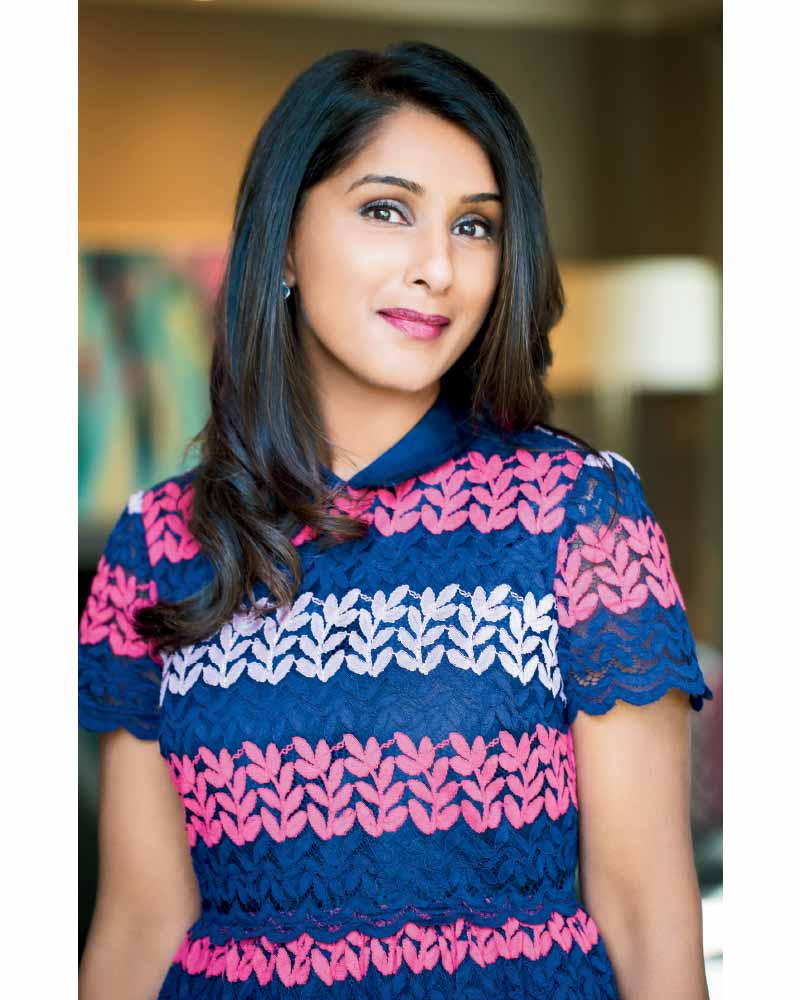 “When I lost my husband Sean to small intestinal cancer,” says Biggs, “ it was such a shock. We had a perfect life—great jobs, beautiful children. And Sean was only 36, a marathon runner who had always been in great health. We were all reeling.”

Biggs’ subsequent move back to Winnetka put her in touch with a friend of a friend, Jane Saccaro, who was the CEO of Camp Kesem. “The camp sounded so intriguing,” Biggs recalls, “and brought to mind earlier conversations I had had with an acquaintance who had lost a parent when she was a child. The thing that woman said had helped her the most—in addition to supportive family—was the friendship she built with another girl in the same situation. The more I thought about the potential for my kids to build relationships with other kids who had experienced or understood what they had gone through, the more I wanted this for them.” 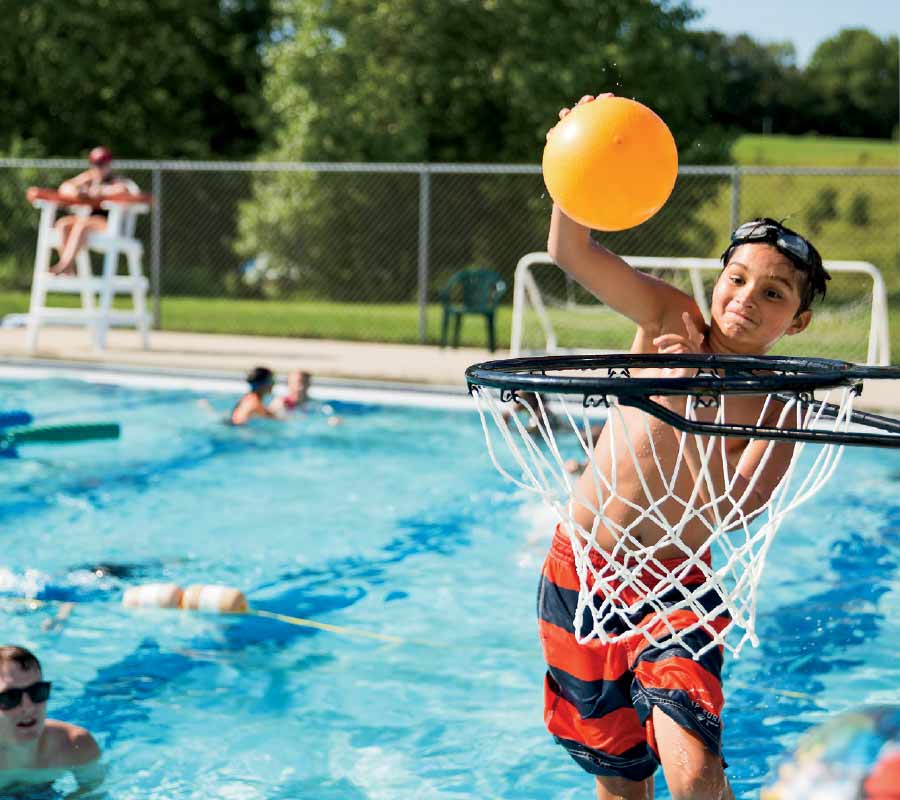 Despite Simran and Millan’s early trepidations, “As soon as my kids met the counselors and the other kids and were on the bus singing camp songs, they were fully on board,” laughs Biggs. “It was truly transformational. They’ve gone every year since. It’s the highlight of their summer.”

Started at Stanford University by founder Iris Rave Wedeking in 2000, Camp Kesem has since expanded to 105 college chapters nationwide, meeting the needs of kids whose families are facing cancer. Thus far? Camp Kesem is doing a phenomenal empowerment job: 89 percent of the children who attend camp the first time, come back again. 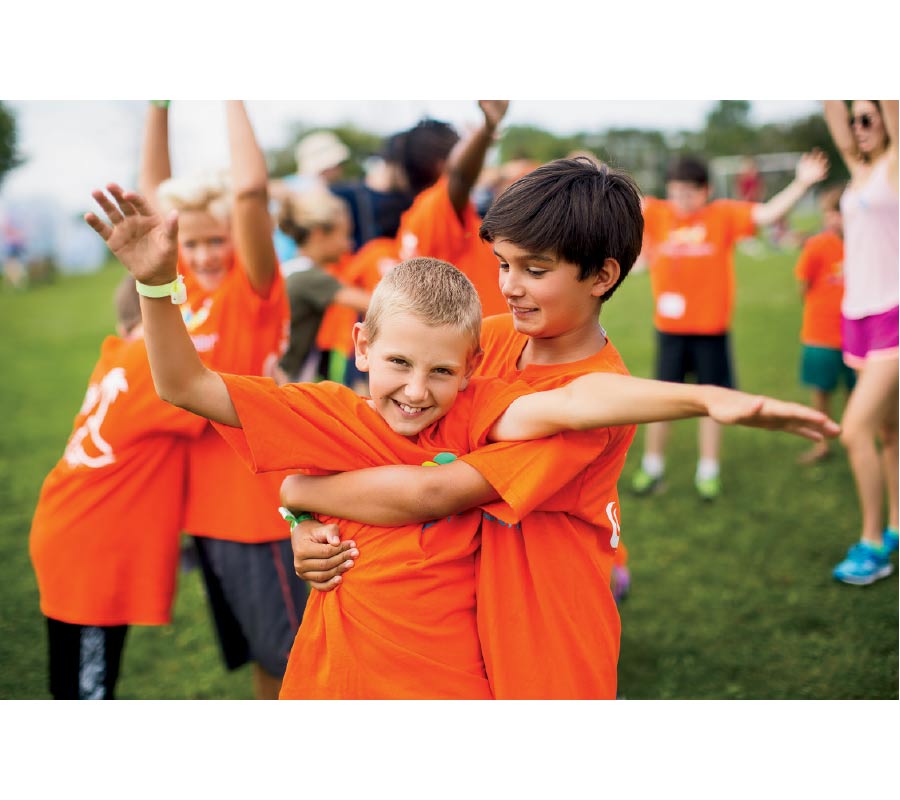 Locally, Camp Kesem chapters at Northwestern, DePaul, and Northern Illinois University serve the Chicagoland area. But throughout the country, the camp follows the same model: More than 4,000 college students work year-round to create, manage, and run the week-long camps and other regular touch points which are offered free-of-charge. These student leaders help plan games and activities for days that include everything from dance and camp-song filled mealtimes, to arts and crafts, sports and water activities, adventure/nature challenges, and evening-time all-camp festivities such as the Messy Olympics Simran loved so much.

Counselors also receive training on how to create an environment where the campers will feel safe, loved, and respected throughout the week, and, to be especially supportive at the once-weekly empowerment session where campers have the chance to talk (or just listen) to each other’s stories, fears, and hopes about their personal experiences around cancer.

“Because more than 80 percent of the volunteers and counselors have been impacted by cancer in their own families,” says Biggs. “They really get it and have all kinds of empathy for what these kids are going through.” 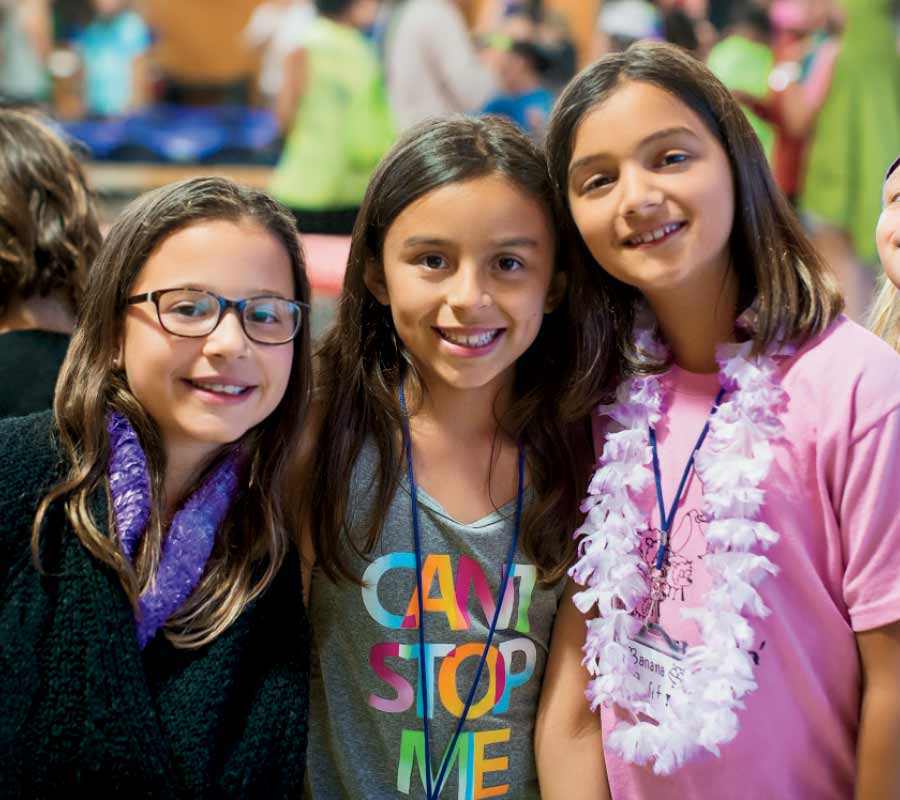 As of January 15, 2018, interested parents can go to kesem.org to register a camper for all Camp Kesem sites across the country, including all of those in the Chicagoland area.

The camp’s Magic Ball galas are another avenue of both celebration, and support. This year’s Chicagoland Magic Ball will be at the Fairmont Chicago Millennium Park on March 10, 2018.

Last year, more than 7,300 kids went to Camp Kesem—up 20 percent over 2016, and more than ten times the number of children who attended ten years ago. But, says Biggs, “With more than 5 million children who have been affected by a parent’s battle with cancer, we are doing all we can to keep growing so we can meet those needs.”

To fund and fuel continued growth, Camp Kesem is supported by a generous group of private and corporate donors.

For information about the Magic Ball, visit magicball.campkesem.org/chicago/ for tickets and more information. To donate, visit donate.kesem.org