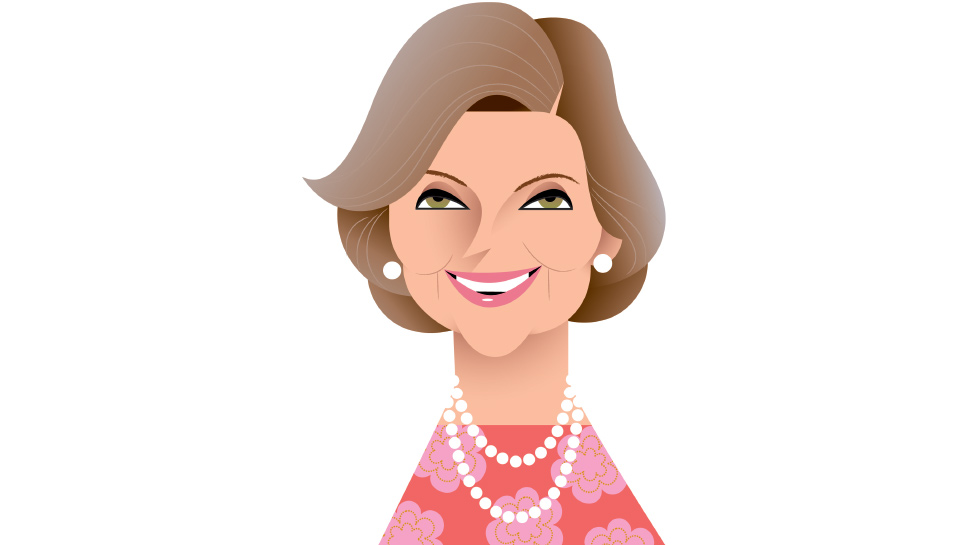 The women of The Service Club of Chicago, founded in 1890, have made it their mission to serve the charitable needs of Chicago and its suburbs. For nearly 40 years, Lake Forest’s Myra Reilly, has been an indispensible part of the organization’s important work. ILLUSTRATION BY KIRSTEN ULVE

“We are one of the best kept secrets in the city,” reveals Myra Reilly, longtime Lake Forest resident, of The Service Club of Chicago (SCC), of which she has been a dedicated member for the past 38 years.

The city’s oldest all-women philanthropic organization—founded nearly 130 years ago by Bertha Palmer and 13 other intrepid ladies—was inspired by the work of progressive reformer Jane Addams, who had opened Hull House just one year prior.

So many years later, the SCC has stayed true to its original mission: helping those throughout the Chicago area who need it most. It is truly practical philanthropy at work: they are one of the few organizations with a laser focus on “paying the bills,” writing checks directly to vendors for requested items and services.

Currently, the SCC counts 175 active members among its ranks, with 75 making up its board. These hard working, large-hearted women carefully vet each entity that makes a financial request, a pool that last year included 100 applicants. This process involves physical visits to the potential grantees’ headquarters, thoughtful conversation, and a diligent research and review process.

“Whatever we raise from our gala, luncheons, and raffles, that is how much we give away that year,” explains Reilly. None of the funds raised are spent on staff; instead, they have supplied musical instruments and art supplies to classrooms, remodeled a kitchen for a halfway house, provided a van for Lincoln Park Zoo’s Traveling Zoo, seating for the Goodman Theatre’s upper level, and even baby monitors. As Reilly says, we cover everything “from the cradle on.”

Other contributions include money raised for fallen officers’ families, sewing machines for the Apparel Industry Foundation, and funding for Robert Crown Center in Hinsdale, Bernie’s Book Bank in Lake Bluff, and Shirley Ryan’s Pathways in Evanston. In a word, their giving profile could certainly be described as ‘diverse.’

The thread that runs through all of their gifts, however, is tangibility. Money goes directly to one project or physical item, typically filling the most immediate of needs.

“It’s not always glamorous—we’ve repaired bathrooms and purchased washers and dryers for people who live on the streets to have a place to clean their clothes. We choose whatever will have the most direct, immediate effect, asking ourselves, ‘What’s the impact? What is this going to be used for?’” Reilly explains.

“The Service Club is unique because we fill the gaps,” Reilly shares. And, as she explains, more gaps are being filled than ever. The number of grantees keeps growing and growing, as do the funds they raise. Last year, the SCC served over 35 organizations, with over $400,000 in funds given.

The major source of funding for the organization’s annual giving is the glamorous Service Club Ball, held in October. 2017’s festive gala not only celebrated 127 years of service but also its first honoree, none other than longtime member Myra Reilly.

“It was such a humbling experience—and such a surprise. The support was amazing from dear friends and other foundations. I was blown away by it! And it was so fun to have my family there,” shares the mother of four, with husband, photographer John Reilly.

While the black-tie affair always features a live and silent auction, a seated dinner, and dancing, 2017’s Gala also boasted live entertainment to match the year’s theme: “Do You Believe in Magic?” A special performance by a mentalist added a little extra enchantment to the evening.

“All of our events are open for guests—anyone can join us in helping to raise money. We all have the same mission in mind, but we make sure to have fun at the same time,” Reilly says, adding, “Above all, we remain true to the founders’ vision and their motto: No one is greater than the service he or she renders the world.”