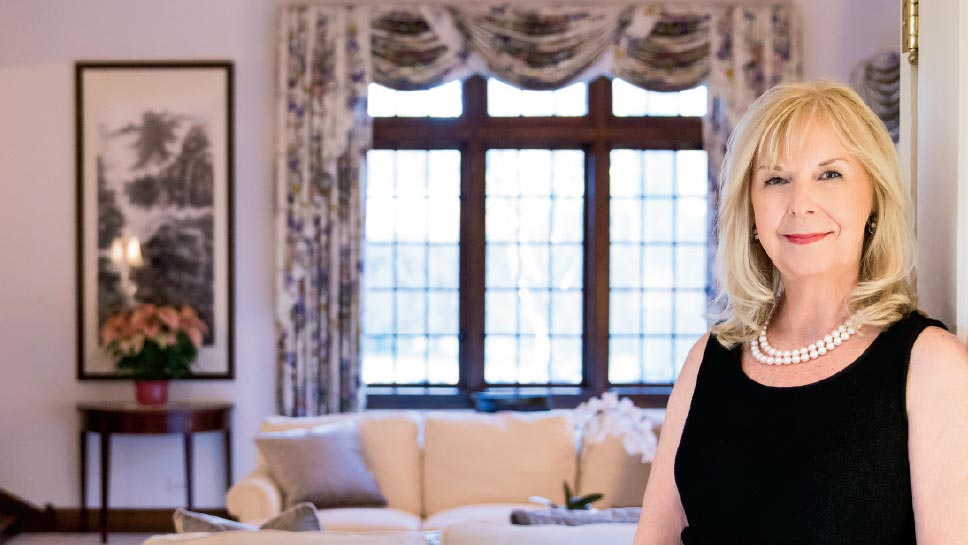 “A deep need for personal and creative self-expression led me toward the world of art,” explains Regina Siske, an artist working in the Asian style known as Sumi-e, derived from the Japanese word meaning “black ink painting.” The technique combines brush strokes with traditional calligraphy, and like the assemblage of letters on a page, each line is intended to be part of a visual story, poem, or thought for consideration. Siske’s own tale of professional transition to a life in the arts is as intriguing as the depictions in her paintings. 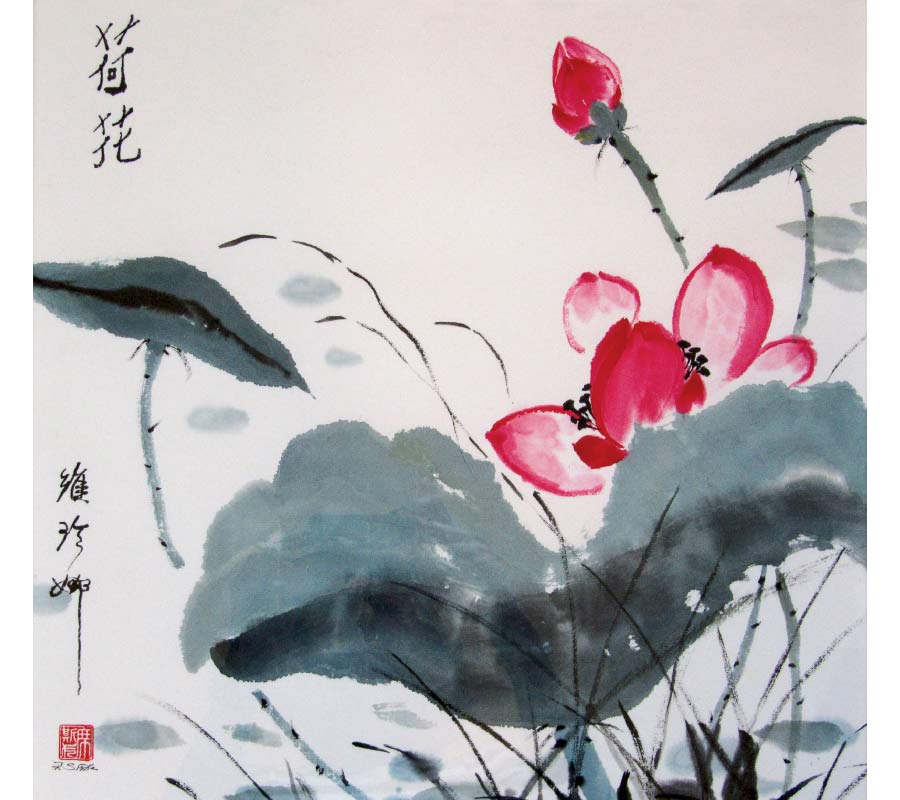 As a student, Siske first studied at the University of Illinois, and later at the University of Michigan, becoming a nursing educator and clinical specialist. She took on positions at various hospitals on the East Coast and in the Midwest, traveling and changing locations along with that of her husband’s career as a lawyer. The two eventually settled in Glencoe, the town where they raised their three daughters, and the place Siske maintains her home and studio today. It started with a few classes in the basics: watercolor, charcoal, and figurative drawing. Then, a Sumi-e course at the Botanic Gardens completely altered her direction. “It was so fascinating to me,” says Siske, “the tools and sense of history in the process made it feel as if I were stepping into a past time.”

While local institutions such as The Art Institute of Chicago provided an outlet, Siske’s study took her on a global quest. From the West Coast to the Far East, often requiring translators when training with the masters, Siske was persistent in her pursuit. She found the process “meditative,” as she describes the rituals of rice paper preparation to the delicacy required in the final framing of a work. Soon, Siske’s pastime had developed into a serious second profession. 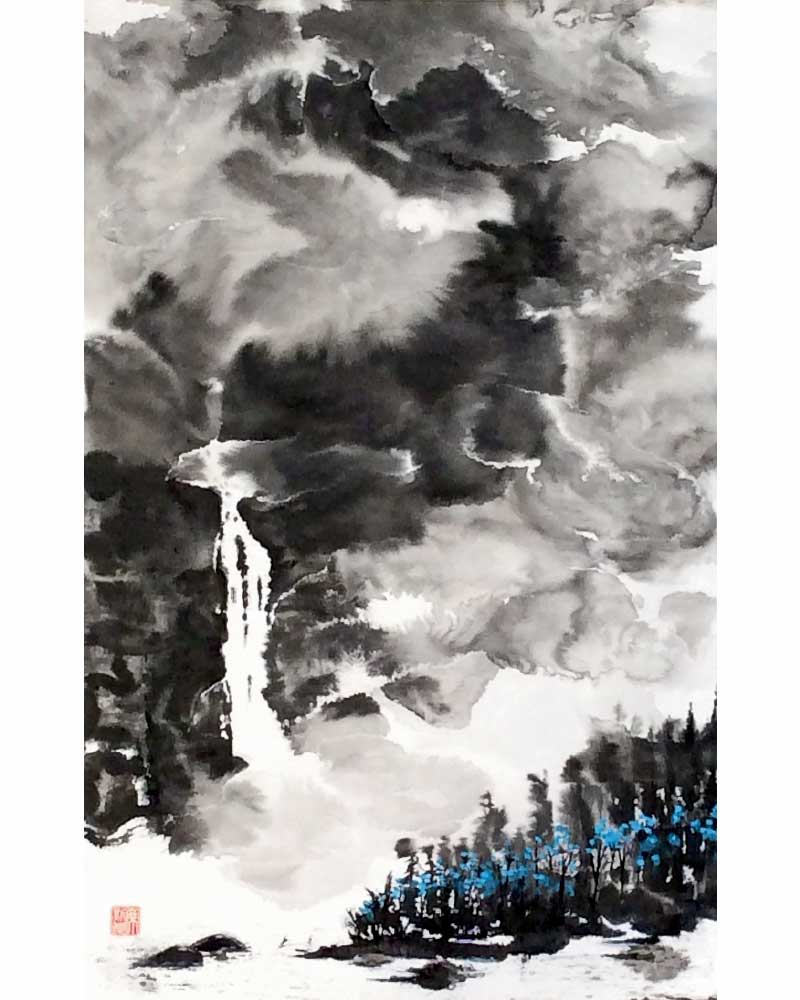 That sense of calm is a consistent focal point in Siske’s work. Captured in Lotus and Morning Glories, the viewer is invited into the foreground with the movement of each bold colored petal slowly fading into the background. In contrast, Gathering Storm, a painting accepted in the juried Sumi-e Society of America 2017 exhibition in Florida, and previously selected as one of only a few representing the U.S. at the Tenri Cultural Institute in New York City, explores a silent intensity with black shadowing signaling looming clouds above a field of trees already touched by the blue force of the sky. “I like the drama of it all,” says Siske, in contextualizing the narratives of her flora as well as fauna works, like the Egret, a subject occasionally explored in her oeuvre. Integral to each of her paintings is the conscious placement of Siske’s signature, a critical part of Sumi-e painting, the seal is considered to not only complete but is seen as part of the overall composition. 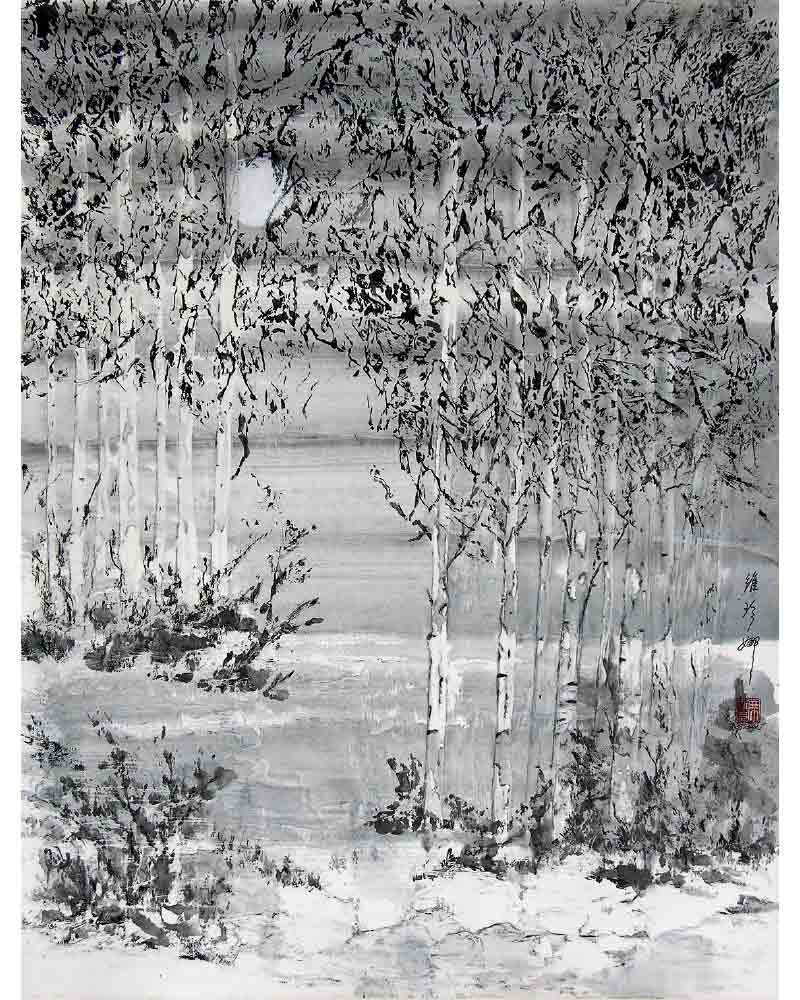 Siske has taken on commissions, exhibited internationally, and been the subject of solo shows at both the Signature of Art Gallery in Glencoe and the Wilmette Public Library, the former officially representing her work. She has also curated an exhibit of Sumi-e paintings at the Art Center Highland Park, collaborating with other Midwest Sumi-e members and renowned artists. Her involvement in the field is as ambitious as her practice: “I get my hand to move every day, even if it’s just a few strokes,” says Siske. 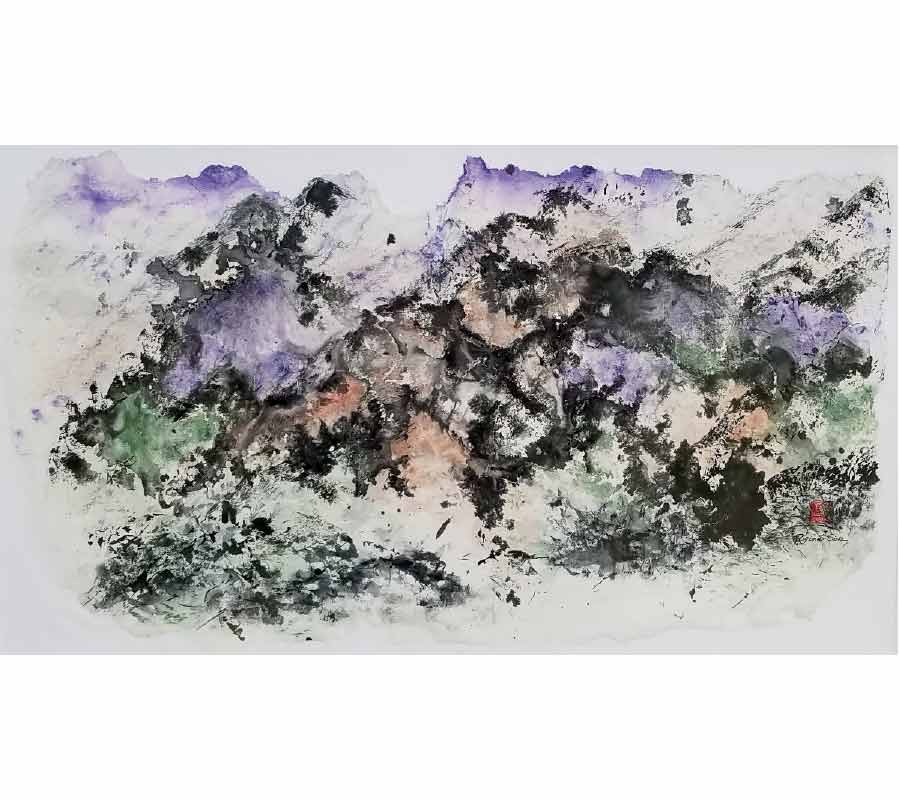 Perhaps it was works by mid-20th century Israeli, Italian, French, and American artists that Siske purchased for her personal collection that provided a touch of initial inspiration. However, she admits that given her artistic journey, a large part of her walls and rooms are now filled with Asian fine and decorative arts. The answer seems to slightly reveal itself in a few of Siske’s latest paintings, Sun Valley and Celebration, diverse and yet surprisingly more directly contemporary from that of previous works. This signals a new approach and comfort with Sumi-e, and a satisfaction with the artistic path Siske sought years ago. One of the most important lessons of the medium is in the unforgiving nature of rice paper, as Siske shares in summation, it forces an opportunity and willingness to embrace those “happy accidents.”