Cheryl Levin-Folio is so upbeat and exudes such a life-affirming, seize-the-day positivity, that you’d never know her husband has Alzheimer’s. Except that you would know, because Levin-Folio, above all else, does not believe in hiding his condition or denying the disease that has upended her family’s life.

She contends that denial—as in, “It’s just a senior moment,” or “He or she doesn’t seem that bad”—only delays addressing the disease and putting in place strategies that could help families impacted by Alzheimer’s to lead more fulfilling and productive lives. She contends, too, that denial with friends only perpetuates hurtful stereotypes that are founded on a lack of knowledge about the uncomfortable realities of the disease. 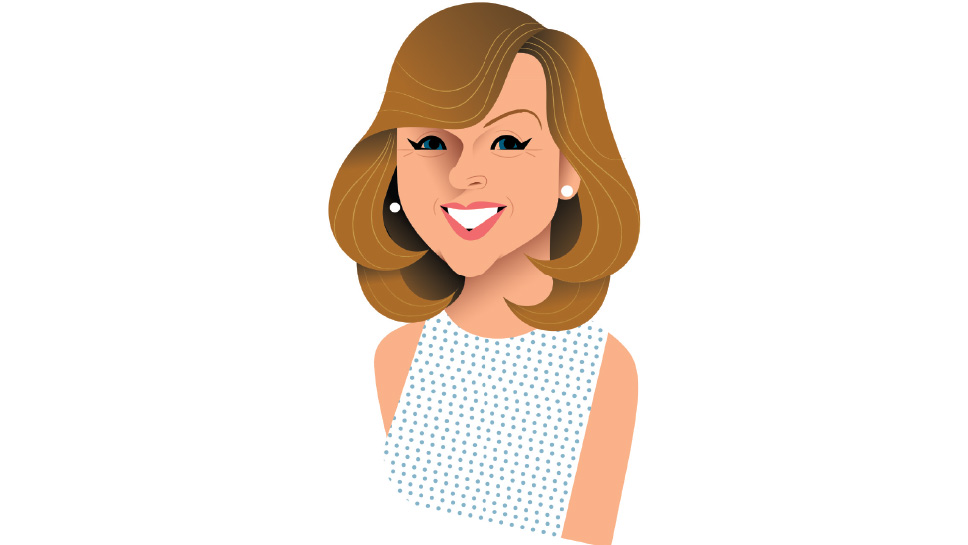 Levin-Folio’s 2016 book, The 24-Hour Rule: Living with Alzheimer’s, offers an essential perspective of the disease she said was missing in most books she read on the subject; that of the caregiver. “From the day you get your first diagnosis, all you hear is the word ‘terminal,’” she says. “You don’t hear anything about preserving your time and living your life. Alzheimer’s is not an immediate death sentence. If you take away someone’s will to live, then you’ve taken away their hope and they become inconsequential and non-existent.”

Michael Folio was diagnosed with early-onset Alzheimer’s in 2012. He was 56. He and Cheryl had been married only four months, but they had known each other for 15 years. They met at a business conference. She was a real estate manager for Kohl’s Department Stores and he was Home Depot’s Senior Vice President of Real Estate. He mentored her, they fell in love, and though he lived in Atlanta and she in Highland Park, she knew she had found her life partner.

The title of Levin-Folio’s book comes from her husband’s business philosophy that once you receive bad news, you have 24 hours to mull over it. Then you put a plan in place and move on. She shares some of the realities, strategies, and routines of living with Alzheimer’s with Sheridan Road.

“It’s not like they don’t get it. That’s what makes it hard to watch, because in the beginning they understand what’s happening to them. Toward the end they don’t. We’re starting our sixth year. Michael understands. People will talk in front of him like he doesn’t, and that’s hurtful. The Alzheimer’s perception is someone who is catatonic or in their 80s, and not someone who can do art projects or play music.”

“I’ve always said that. I look at Michael and me as a team, and I educated my children to believe the same. They need to understand it happens to the family. When my son or daughter shares a post on social media, they don’t refer to just their stepfather. They refer to ‘my family,’ because it doesn’t just happen to one person.”

“The longer I keep Michael independent, the longer he preserves his positive attitude and upbeat personality. His courageousness makes me feel safe in a world of chaos. My husband needs his dignity. If he is eating his salad with a spoon, I let him do it. I don’t correct him. I may suggest that a fork might be easier, but I don’t pick it up and hand it to him. You see people treat those with Alzheimer’s as though they are babies. I think this is because the disease makes people uncomfortable.”

The key to survival

“Create a routine where you can be successful. Music and art are among the best things to stimulate the brain. I went to Toys R Us and bought a paint-by-numbers set. I researched what art classes are around. Michael has music therapy in our home twice a week. We play Twister and Jenga with friends and every morning we go to Equinox to work out. Michael is now labeled in the severe stage of Alzheimer’s, but he functions higher. I believe the reason is because of the exercise, the arts, the socialization, and because we don’t hide. You can live with Alzheimer’s. You can be happy.”

Be open to learning and accepting help

“The weekend Michael was diagnosed, I reached out to the Alzheimer’s Association hotline. I got a call the next morning. I can’t give them enough praise. They’ve always been there for me. We have a great support group of friends. I needed other people to say to me, ‘It’s time to get more help.’ You don’t like to admit that.”

Levin-Folio has written an outline for a second edition of her book. “I want to write more about hope. One of the most helpful things I’ve done is create a memory montage (inspired by the romantic comedy, 50 First Dates). It’s up to an hour and 20 minutes. For Michael, it brings back wonderful memories.”

“I look at the glass as overflowing.”

“We are happy. We laugh, we cry. We don’t stay in. Some days are hard, but we make every day count.”