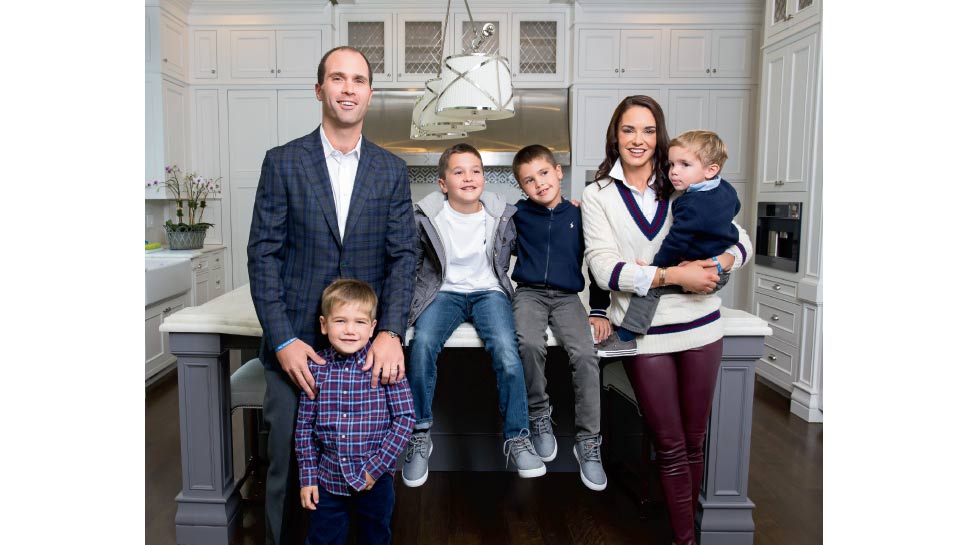 Diagnosed, not defeated: One family’s story of living with Type 1 Diabetes. PHOTOGRAPHY BY ROBIN SUBAR

Ask Henry Hoffmann about hockey. Just do it. He’ll tell you about the Blackhawk’s Patrick Kane “who I know a lot of people look up to, but, I do, because, well… how do I put this?… He’s just such a hard worker.” He’ll talk about his own team, the Winnetka Warriors, where Henry is a center.

Ask Henry Hoffmann about having Type 1 Diabetes (T1D) and he’ll tell you about that too­—because he’s polite and you’re a grown-up. But hey! Henry’s eight, and life is huge and exciting, and wouldn’t you rather hear more about Patrick Kane?

That’s the reality of it. Henry Hoffmann plays hockey, skates hard, is a vibrant natural storyteller, and lives with T1D. As is the case with many of those who have it, you wouldn’t know to look at Henry that he has an incurable disease. That in the 560 days since he was diagnosed last April, he’s had at least 5,600 finger pricks and 3,360 insulin injections. That every minute of every day, his blood sugar, carbohydrate intake, and exercise must be monitored.

Largely, Henry’s successful transition to this new reality is thanks to his mom, Megan, dad, Geoff, brothers George, Ben, and Teddy, plus helpful friends, community, and strong commitment to and from JDRF (the Juvenile Diabetes Research Foundation), which funds research toward finding a cure for T1D. 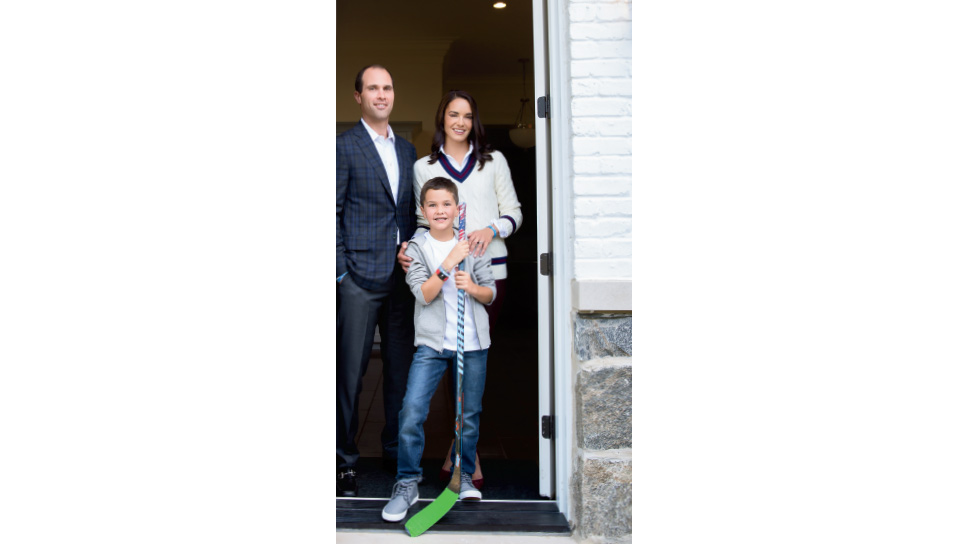 “We are determined,” says Megan, “to help Henry master all that it takes to be well in his new normal and to keep him active in all of the things he loves. We are also determined to do everything we can to support JDRF in finding a cure for T1D, and in paving the way to better treatment options.”

The continuous glucose monitor (CGM) Henry wears, for example, was developed through research and clinical trials funded by JDRF. This device tracks glucose levels all day and night and alerts the user of highs and lows. Henry’s monitor is even synced to a smartphone app, so his parents can track his blood sugar even when Henry isn’t with them. And a new closed-loop system—basically an artificial pancreas that monitors blood glucose and administers insulin through a pump when needed—was just approved by the FDA and is in use after years of research funded by JDRF.

But even with the newest technology, T1D reality is a harsh one, with no breaks and a lot of challenges. “It’s like walking a tightrope,” says Megan. “You have to monitor blood glucose levels 24/7, making sure the numbers aren’t too low on the one side, or too high on the other.” It changes all day and all night. Megan and Geoff are on constant alert. If Henry’s levels go too low, an alarm signal alerts that Henry needs to eat a certain amount of food to bring levels back to the right range so that he won’t pass out. If Henry’s blood sugar goes too high, more alarms alert the need to administer insulin, to prevent acid from building up in his bloodstream and to avoid the long-term complications associated with the disease, such as kidney failure and amputations. The highs and lows also drastically affect Henry’s moods and energy levels.

“In the beginning, this was intense, intimidating, overwhelming, and frightening,” says Megan. “But we were so supported by families with kids who had T1D, JDRF and others in the community. You quickly get to where you accept that this is life, and you do all you can to keep things as normal as possible for your child and the rest of your family.”

But while Megan and Geoff say their family has acclimated to the new routines, within the larger community, there are a lot of misconceptions about T1D and “people just don’t understand much about it.”

“Well-meaning people may say, ‘But he looks so normal….’ or, if they are frightened and want to minimize the situation they’ll say, ‘But it’s manageable, right?’ Or they’ll ask, ‘Did he eat a poor diet with too much sugar to get this?’” says Megan.

The truth is, unlike Type 2 diabetes, where diet may be a factor, T1D is not caused by poor diet. And while people with T1D may look normal, T1D is a life threatening disease with no cure. Insulin, which a T1D does not produce, is essential to turn food into energy. The people who have it are basically functioning without a working pancreas, and without insulin injections, would die.

Without this knowledge, it’s easy to be dismissive or judgmental. “This is an invisible disease,” says Mimi K. Crabtree, JDRF Illinois Executive Director. “So much of the monitoring happens behind the curtain, people just don’t see it or understand. Long before I became part of JDRF, I had a friend with a child who had T1D, and I remember thinking that she was a helicopter parent—always hovering over her child. Once I understood the seriousness of T1D and what that family was dealing with, I had to apologize for my own judgments. It’s just such a difficult disease to understand from the outside.”

For the Hoffmanns, one of the most positive ways to help their community understand T1D, support Henry, and raise funds toward finding a cure, is to participate in fundraising and advocacy events through the local JDRF Illinois chapter—the largest of 75 around the country. Megan participates as an active volunteer and Geoff, CEO of DHR International, a Chicago-based executive search firm, is on the JDRF Illinois board.

JDRF’s One Walk Illinois, for example, attracts more than 30,000 participants each year to seven walk sites across Illinois and Indiana. This year, Henry’s Heroes, (the walk team who gathered in support of Henry in Chicago) numbered over 175, including his hockey team, brothers, extended family, classmates, and Geoff’s colleagues. “The support we had was phenomenal,” says Megan. With that support, Henry’s Heroes raised just under $80,000.

JDRF Illinois’ other major annual fundraiser is the One Dream Gala taking place on December 9 at the McCormick Place Northside Center and Arie Crown Theatre. Last year, more than 2,000 people attended, raising close to $5 million. This year the event will end with a concert from Styx.

Crabtree shares, “Proceeds from the JDRF One Walk and One Dream Gala support research that transforms the lives of people with T1D. Many advancements have been made possible due to the generosity of the thousands of supporters who participate in these events and donate their time and talents to JDRF all year long—much like the Hoffmanns.”

But the battle Henry fights each day is centered on the home front. And one of the most-helpful elements in his transition? Finding relatable heroes. “When Henry first realized that this was going to be a lifelong reality, it was hard for him,” says Geoff. “But as we moved along the learning path, we discovered others who hadn’t let T1D stand in the way of their dreams, including Tom Gullen, head of Winnetka’s hockey program, and, Luke Kunin, just drafted by the NHL to play for the Minnesota Wild.”

“He’s another guy I look up to,” Henry concludes. “especially because he has T1D too… But you know what I think? I think they’re gonna find a cure for T1D sooner or later. And until then, I’m just gonna do the stuff I do.”

For more information about this year’s One Dream Gala, or how you can help JDRF find that cure, visit jdrf.org/illinois/events/one-dream-gala.