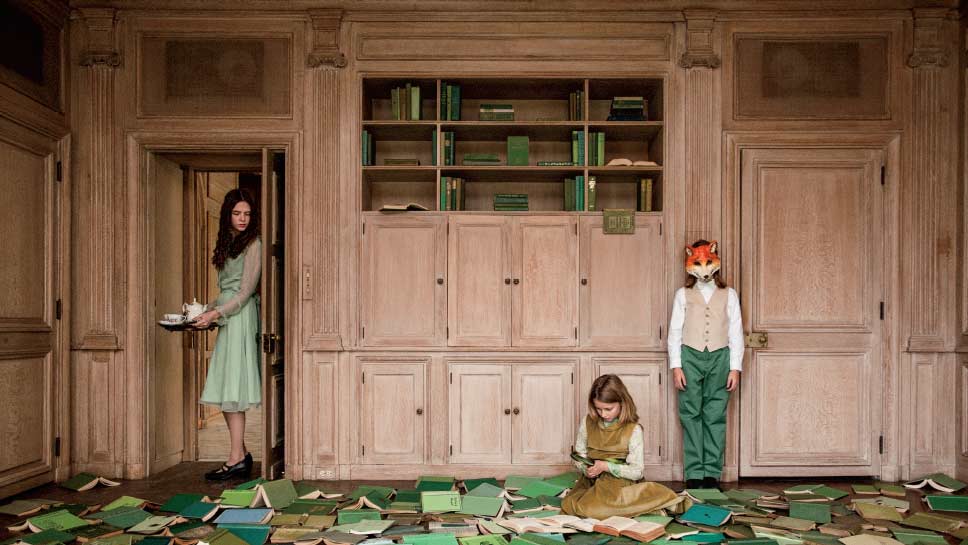 Vanessa Filley discovers the power of storytelling through photography.

As an accomplished and award-winning working artist and avid reader, Vanessa Filley finds that reading gives her greater empathy, as well as an immersion into a world that’s not her own. Today, Filley explores these unknown places through her photography, an art form that has evolved for her over the last several years.

“I almost always have an image of the whole story I want to tell,” she explains, walking through her home that has become a virtual museum for her expansive body of work. “I take copious notes. I have spreadsheets and journals of what I envision. I tend to lose myself in my work because there is always so much to do.”

In this respect, Filley is a study in contrasts. Embodying all of the creative energies and free spirit attributes that are inherent to artists, there is a structure to her process that is uniquely her own.

Filley began her professional career as a human rights investigator for a law firm. But after heartbreak and frustration with the limitations of the law, she realized her talents were better suited to creative pursuits. “I was going into prisons and interviewing 10 to 15 prisoners each day and hearing about all of the horrible things that happened to them,” Filley remembers. “I couldn’t help but absorb their stories. One night I was driving home from work, overwhelmed by an inability to change the system, and all I could think was ‘I just want to make hats.’”

Soon after, Filley founded a clothing company of one-of-a-kind wear made from recycled fabrics. She then began working with mixed media as a fine art practice. Her projects ranged from large-scale sculptural installations to tiny embroidery pieces. And after years of taking pictures, Filley discovered that she could synthesize her art making in photographs, allowing her to design scenes, make costumes, and create a certain sense of emotion and place.

“I have always loved photo stories, but it took me some time to gain confidence behind the camera,” says Filley, whose photos have an undeniable narrative quality. “In general, I like to tell people the back stories behind my pictures because it gives them a different access point. It’s very interesting to see how people dive in.”

Filley finds inspiration for her photographs in many places—including her dreams. “Calling My Angels came to me one night when I was sleeping,” she says of one of her more recent photos taken of a collection of colorful rotary phones. “I love my parents dearly, but I don’t call often enough. I put myself in my mother’s shoes where you pour yourself into your children, and then they grow up, move away, and don’t call. How would this make me feel?”

In Filley’s dream, the colors of the phones were very specific and she found herself on a massive hunt through vintage prop shops, the basements of former telephone company employees, as well as on a number of online sites. “It took about six months from when I had the dream to being ready to shoot,” she says.

Another calling arrived when Filley came across an abandoned historic Lake Forest mansion. “The real estate agent walked me through the house that reminded me so much of the big, old house my grandparents had lived in,” she says. “The library, in particular, was so familiar to me that I knew I wanted to shoot there. I began to spin ‘if this were my house’ stories in my head. Filley called this photo Green Tea Party: Searching for the Answer, an homage to the recent presidential election where alternative parties and voices were front and center. “It took some time to amass the hundreds of vintage, pre-1950 green books,” Filley says laughing. But she did it and the results were captivating.

Always concepting and meticulously choreographing her photos, Filley packed some ivory costume dresses and green sashes in her suitcase before she left for a family vacation to Iceland. She chose green because she was on the lookout for Iceland’s famous green moss. 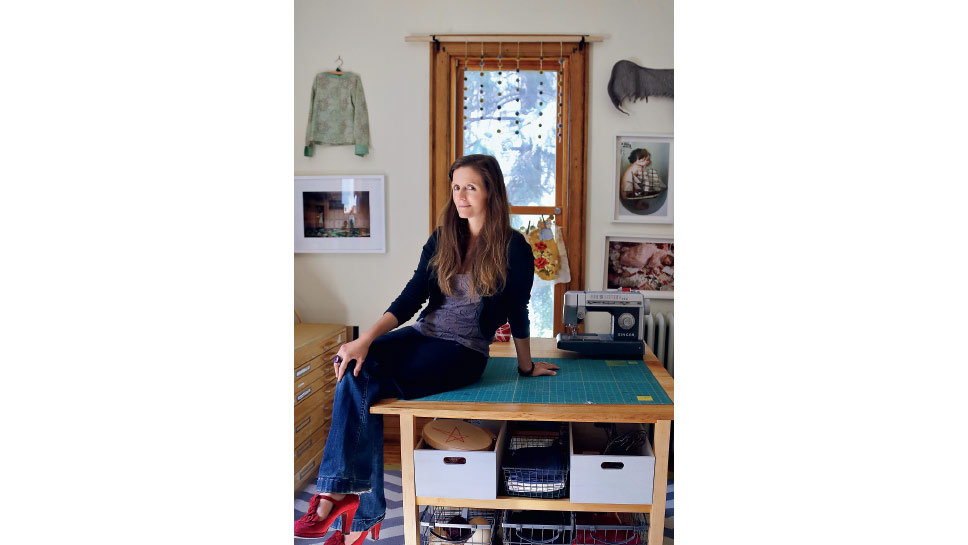 Vanessa Filley in her studio, photography by Kerri Sherman

“We were staying in this old house that had all of these pressed flowers as decoration,” she says. “The flowers I photographed were hanging in a round frame on the wall. I loved the idea of linking my love of flowers, preservation of their beauty, and my grandmother’s green, green thumb to someone else’s experience.”

Filley’s daughters Moxie and Rylah are often models in her photographs. In her photo Heart of a Gardener, Filley staged and took the photo two mornings in a row to get it just right in the perfect morning light. “There is a science of exactness to each shot.”

Filley recently worked with a close friend who was dealing with the passing of her spouse. “They had shared a great love story but she needed to bring closure to it so she could move on,” she says. Set in a nearby forest preserve, Filley staged a shoot—Bidding Farewell—using a vintage suitcase packed with clothing that had been her grandfather’s. In a series of photos, one can watch her friend release her spouse’s spirit. “It was such a journey to watch those photos unfold,” Filley says. “It was transitional for my friend because she could finally move forward. It was transitional for me because I realized for the first time that I could tell stories through my pictures.”

Discovering her voice has been empowering for Filley who longs to do bigger projects. “I don’t have a team of people I’m working with,” Filley says, noting that she’ll soon be building and painting backdrops for an upcoming shoot. “It’s just me. I am an artist and it’s taken me a long time to own that. Being a maker is what I’m compelled to do.”

Filley has a solo show at Perspective Gallery, 1310 Chicago Avenue in Evanston from November 2 through 26 with an opening reception on Saturday, November 4 from 5-7p.m. For more information about Filley, visit vanessafilley.com.