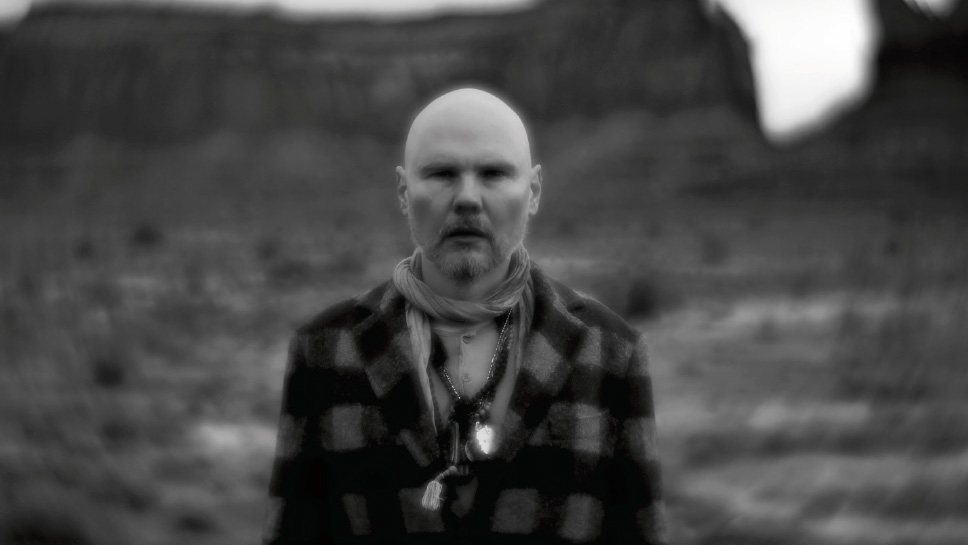 The Smashing Pumpkins frontman and Highland Park resident Billy Corgan releases his new solo album Ogilala on October 13 under his full name: William Patrick Corgan. Post release, he will embark on a North American tour with two stops in Chicago. Here is how this North Shore rock star stays on trend.

“I’m reading a book right now by Ernie Pyle. He was a World War II correspondent who embedded himself with the troops and then wrote dispatches of his experience. The book is about his time with the troops during the invasions of Italy and going up toward Germany. My grandfather served in the Italian theater in the Navy during World War II. For all I know, Pyle was on the same ship as my grandfather. His writing is very beautiful and actually rings really contemporary. I have incredible respect for our servicemen when you get the sense of what our ancestors went through to make this world safe. I love history. Sometimes we’re so busy and we’re looking at our phones. It’s important to slow down, to remember, and to honor.”

“I’m not an app guy. I will say that for my wrestling organization, we use this app called Slack. It’s great for group messaging because it allows us all to stay in touch and work on the business of the wrestling company. It’s really helpful. I love when technology works like that. I’ve spent so much money on apps that don’t work, I just want to punch the screen.”

“When I go into music prep mode or writing mode, I almost completely stop listening to music. Which is kind of sad, because I have all of these beautiful records and a beautiful stereo. But I’ll look at it and think, ‘God, I have no taste for music,’ because all day my head is just spinning melodies from rehearsal and I’m trying to figure out stuff. It’s almost like a guy who has a job and the last thing he wants to do when he gets home is read a manual about the job. However, I was recently listening to (jazz musician) Coleman Hawkins and I was like, ‘Wow! Who’s this guitar player?’ Whoever this guitar player is really influenced David Gilmour of Pink Floyd. I looked at the date on the album. It was released in 1963, which makes it from the right time period. This is probably what David Gilmour was listening to when he was becoming a guitar player. I look at the album and it’s Gabor Szabo. I had thought he was kind of an easy listening guitar player. I knew he was jazz, and I thought he wasn’t really for me. Then I started listening and thought, ‘How had I missed him all these years?’ He’s just incredible!”