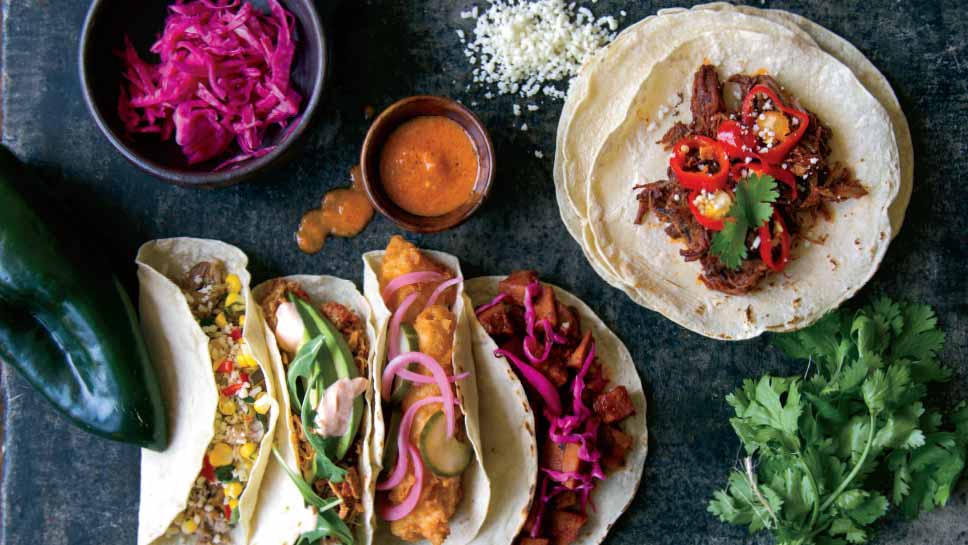 The interior of La Principal feels very Boho dinette. It’s eclectic and approachable, with retro ‘50s kitchen chairs and rustic wooden tabletops. The combination of throwback style and modern sensibility is one that owners Eric Young and Derek Gaspar employed at their other Evanston mainstay, The Lucky Platter. In La Principal, however, it results in an atmosphere that’s comfy, casual, and current, with a menu that marries traditional Mexican cuisine with unique foodie flare.

They don’t take reservations for parties of fewer than 10, but after giving your name there’s a small lounge area by the bar where a member of the wait staff will take drink and appetizer orders.

Our tour of the Starters menu began as it always must at any restaurant with “La” in the title: the Guacamole. La Principal leans into potent flavors from fresh ingredients. Creamy avocado with the sharp bite of fresh onion, the zest of cilantro and lime, and a slow escalating warmth from chopped jalapeno. On thick, salty chips, it was the perfect palate setter for what was to come. 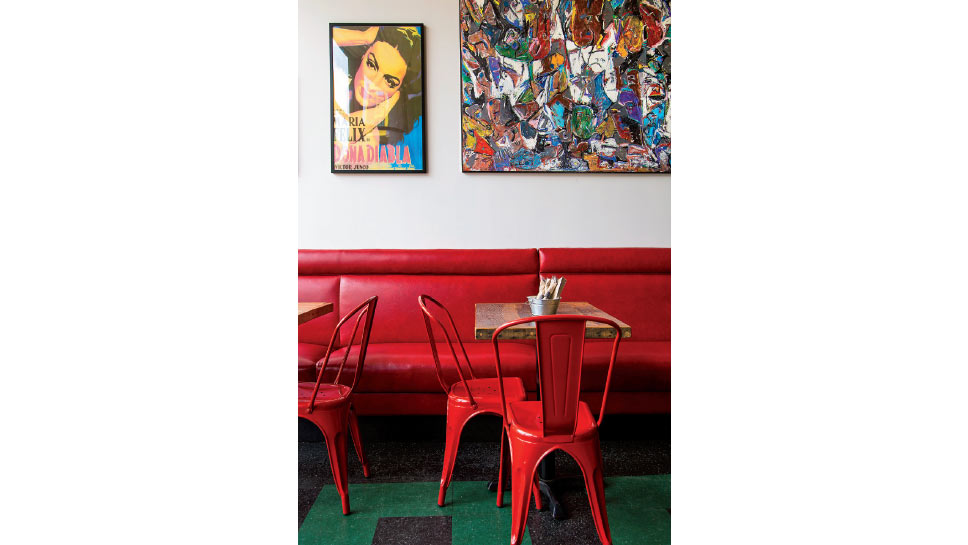 Chef Eric believes so strongly in their Elotes starter that it’s one of only two items on the menu that jumps out at you with a red font. The other one is Tacos. Elotes, from the Mexican street food tradition, is a slightly grill-charred corn on the cob cut in half. It’s lathered in mayonnaise, chile seasoning, a hint of lime, and covered in Cotija cheese. The bright flavor of the cheese hits first, followed by a buttery wave of mayo mingling with the sweetness of the corn. It’s incredibly rich, unique, and headed to the top of our must-list for our next visit.

As passionate proponents of melted cheese in all varieties, we’ve forgone entrees entirely in the past to focus solely on queso fundido. La Principal’s Queso Fundido is unlike any we’ve ever had before. It contains green chorizo, a version of spicy mexican sausage combined with jalapeno, poblano, and serrano peppers. Though that ups the spice factor a little, it’s more about the zing of pepper flavors than pushing the heat. They add chopped poblano rajas, cover everything with chihuahua cheese, and heat it until a toasted crust browns on top. It’s served with delicate housemade tortillas, but works even better on the house tortilla chips. This recipe is so much creamier than the typical queso fundido with a cream cheese richness and a savory sausage base.

There are eight varieties of taco on their standard menu, not including the breakfast varieties served at their walk up window, which we’ll get to in a moment. We tried five of them. Every one of them is a soft housemade tortilla stuffed to the gills with filling. You basically get a taco and a half for the same price you’d pay elsewhere. 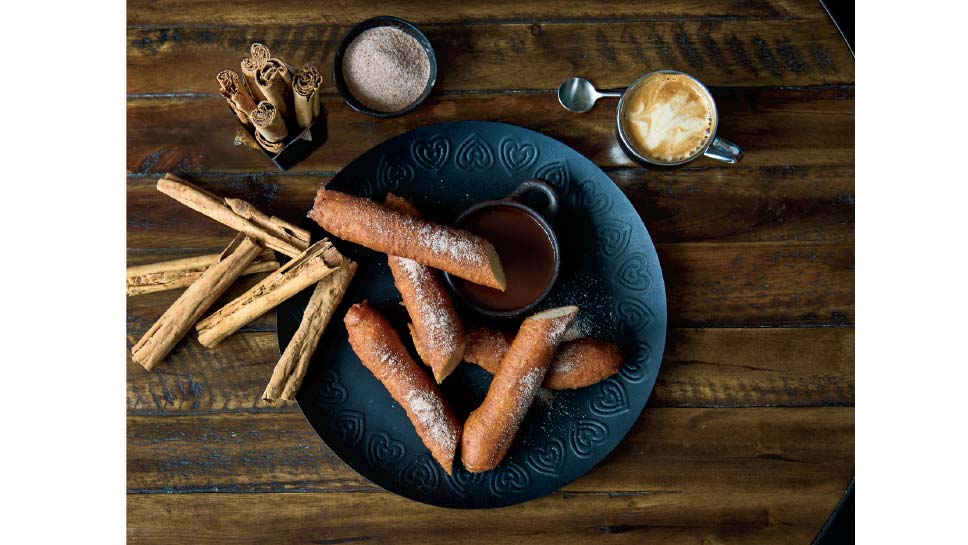 The Pescado is a Mezcal battered cod, flaky and hot, that tastes like it came straight out of a fish and chips shop. It catches some vinegar bite from pickled cucumber, pickled onions, and cilantro and a nice thread of heat from an arbol chile salsa. The Lengua is braised beef tongue, extremely tender and incredibly juicy. It gets its zing from salsa verde and pickled red onions and a little dry creaminess from a dusting of Cotija cheese. The Red Mole Short Rib was one of our favorites. The meat is slow cooked for 24 hours, shredded, and piled onto a tortilla. Slices of marinated fresno peppers bring a lot of sweetness to balance the savor of the meat before they suddenly inject a lot of heat, which is balanced by the flavors of cilantro and Cotija cheese. The Carnitas base is braised pork that also gets the 24-hour slow cooking treatment until it’s falling apart. It’s topped with corn, poblano peppers, Cotija cheese, and a fresh pineapple relish. It’s a little less heavy and spicy than the Red Mole Short Rib with a similar carnivore appeal.

The Chicken Tinga relies on a spicy chipotle braised chicken, which tastes sharp and wonderfully hot, but everything it’s paired with is designed to manage the heat—baby arugula, Cotija cheese, chipotle crema, and avocado. The bitter lilt in the arugula is especially perfect. This one is another standout.

Augment the taco flavors with a dab of their three house specialty hot sauces at every table. The green jalapeno serrano sauce has a tangy presence, the yellow pineapple habanero has a fascinating fruit-flavored heat, and the red fresno chipotle is the hottest and most salsa-like.

The spiciest dish we had all night was the Ahogado Torta. It’s a shredded meat sandwich of achiote seasoned pork, red onions, and a black bean spread on a fresh baguette made down the road at Hewn bakery. The sandwich is cut in half and arrives standing in a bowl of red chile tomato broth, the same broth that serves as the base of their Red Pozole. The sandwich is dipped as you eat in the French Dip tradition. The spicy tomato flavor is deliriously potent against the crunch of the bread and the juicy meat. 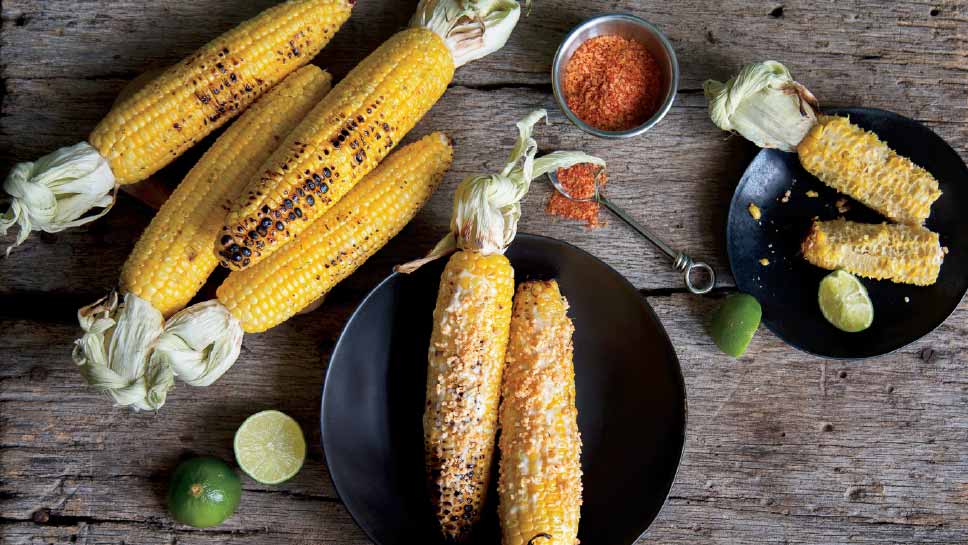 Don’t fill up on starters and entrees. We cannot stress this enough. If you leave without having La Principal’s version of a Churro, your meal is incomplete. A churro in name only, this hunk of fried dough is essentially a big donut stick enrobed in a layer of cinnamon sugar with a tantalizing warm chocolate ganache for dipping.

Those breakfast tacos we mentioned are currently available Monday through Friday until 10am at a walk-up window they call Cafecito. There’s a breakfast version of the Short Rib with eggs, a Green Chorizo with eggs and pepper jack, and a vegetarian with tofu, black beans, and goat cheese.

In a chat with Chef Eric, we found out how easily adaptable their entire menu is to vegetarian and vegan considerations. Just another example of the principles at work in La Principal.