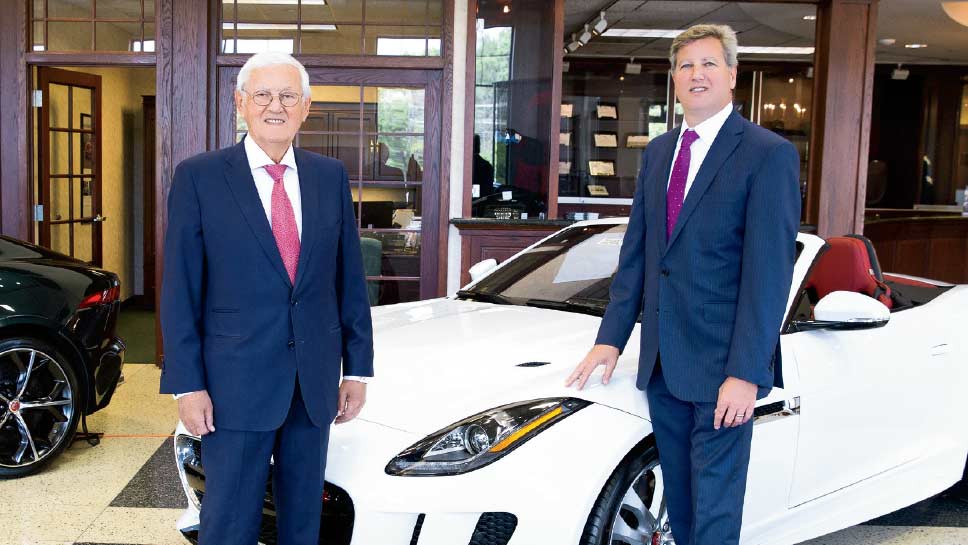 Imperial Motors closes its Wilmette dealership after 65 years, but continues on at its Lake Bluff location. PHOTOGRAPHY BY ROBIN SUBAR

The closing of a car dealership is not usually met with moist eyes, but it is testament to Imperial Motors’ standing in Wilmette that its closing on August 14 after 65 years opened the floodgates for some. “It’s very sad,” says owner Allen Aron. “A lawyer from the Chicago Auto Trainer Association told me, ‘I shed a lot of tears, Allen.’”

Aron built his flagship business in the 700 block of Green Bay Road “brick by brick, penny by penny,” praises one of his sales staff. He preached and practiced a philosophy of “constant improvement” and customer service. Not for nothing was there a book in his dealership office, Random Acts of Kindness. He literally went the extra mile for customers and total strangers alike.

The Wilmette showroom was located across from the Wilmette train station. Aron recalls that he often received phone calls from commuters who slept past Wilmette and asked him to go outside and notify their wives who were waiting at the station to pick them up. In harsh winter conditions, he allowed commuters to warm themselves and use the phones. He drove some of them home. “We were really proud to help,” he says.

Aron made it a habit to personally give roadside assistance if he happened upon a stranded motorist with a disabled car. This apparently has happened often enough that when he and Lana, his wife of 55 years, are sharing stories with a reporter, she has to clarify with him, “Was this the time by Edens Plaza?”

The Romanian native credits his time living on an Israeli kibbutz for shaping his work ethic. “It shaped me to be a man in every way possible,” he relates. “No one was better than anyone else. We had generals who used to wash the dishes and sweep the floors. ”

Aron was 23 when he came to the United States to take night classes at the University of Chicago (he had an uncle in the city). Six months after he arrived, he was drafted into the U.S. Army. While overseas, he became familiar with foreign cars, including Jaguar.

Imperial Motors opened in 1953. Aron joined the company in 1958 as a part-time salesman. “I was the hardest-working person,” he says. During the day, he sold household goods door-to-door, taking the opportunity to pass out flyers for the dealership where he worked at night. He advanced to become a manager, then a business partner, and ultimately bought the company in 1983. 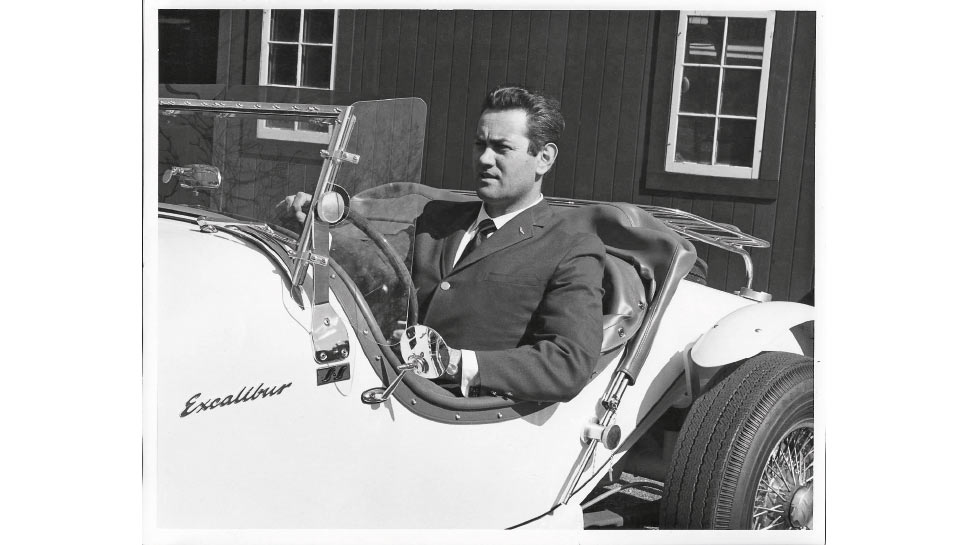 In 2012, Jaguar and Land Rover announced plans for its dealers to merge and standardize their sales facilities. In July 2016, Wilmette village trustees unanimously approved the Arons’ request to make Jaguars’ corporate-mandated design change from the building’s Tudor style to a more modernist design.

But according to Aron, the remodel would have been prohibitively expensive. “It also would have been hard to take a beautiful place like this and demolish it,” he says. “I didn’t want to deface Wilmette. I feel tremendously about the village. It’s a wonderful place to do business and they were very supportive.”

The Aron family owns the approximately 1.5-acre block that currently includes a Starbucks. Assistant Village Manager Michael Braiman praised the Aron family’s contributions to the business community over the past six decades. “We are saddened to see them go,” he notes in an email statement. “When the Village Board approved the Jaguar dealership’s facade changes in July of 2016, we knew there would be financial challenges associated with Jaguar corporate’s requirements. The Village Board’s unanimous support of the Aron family’s application was a testament to their contributions to Wilmette and of the Village’s support for the dealership. We look forward to working with the Aron family on the re-use or redevelopment of the property in a manner consistent with the Village Center Master Plan.”

The exclusively Jaguar dealership, the only one of its kind serving the Chicago metro area, will continue to operate Imperial Motors Jaguar of Lake Bluff, which opened in 2000. In 2016, it was one of only 16 Jaguar retailers to receive the company’s “Pride of Jaguar Retailer Excellence Award.”

Aron’s son, Jordan, serves as president, and as veteran salesperson Steve Link notes, “the apple doesn’t fall far from the tree” when it comes to emphasis on customer service.

“I can’t tell you how many times the guys in service alert me, ‘Your friend is calling,’” Jordan said “You get to know your clientele and they become friends. Sometimes they become family.” 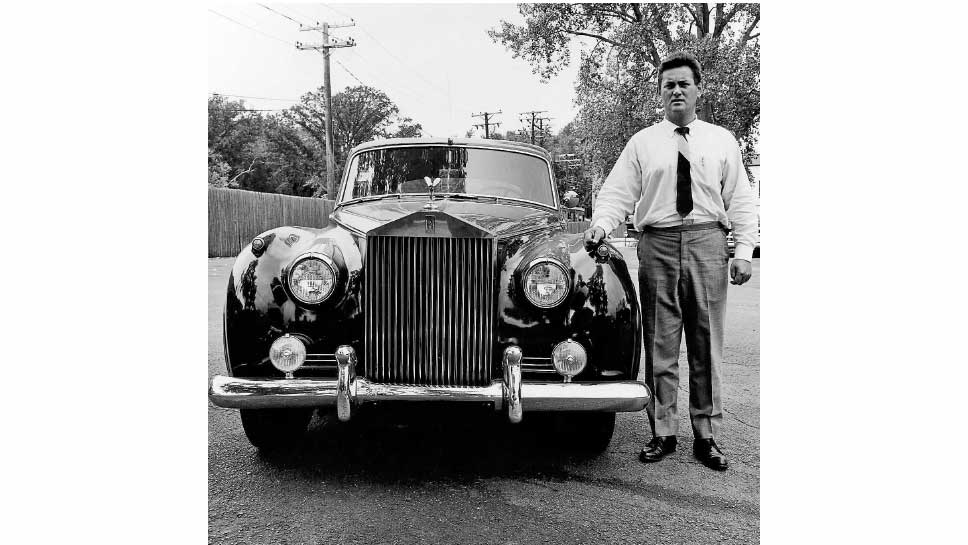 That is not cliché. He means that literally. Jordan was introduced to his wife by her mother, whose husband bought cars from Allen. “(In the days before he could afford it) my father-in-law would look at cars through the window, and my father invited him in to talk,” Jordan said. “One day, my future mother-in-law said to my dad, ‘I have a daughter,’ and she got me to call her. They have been married 17 years.

Jordan said he got the car bug as a little kid “running around the showroom and jumping in and out of cars.” Though sad about leaving Wilmette, he is looking forward to the company’s next chapter. “There are big possibilities here,” he says.

His role model will continue to work alongside him. Allen, 85, has no intention of retiring, he says. The former bodybuilder still goes to the gym. “I have a tremendous amount of energy,” he says. “I have fantastic memories and I will remember them forever.”

Among his most cherished is providing summer employment to future filmmaker John Hughes. Just before he died, Aron said, the 16 Candles and Ferris Bueller’s Day Off director had spoken to Allen about using him in a film he planned to produce.

He served as a mentor to others who had difficult home lives, encouraging them to attend college. One such youth returned almost 40 years later to purchase a Jaguar. He wrote a letter to Aron expressing thanks for inspiring him. “They became good citizens and raised families,” Lana says.