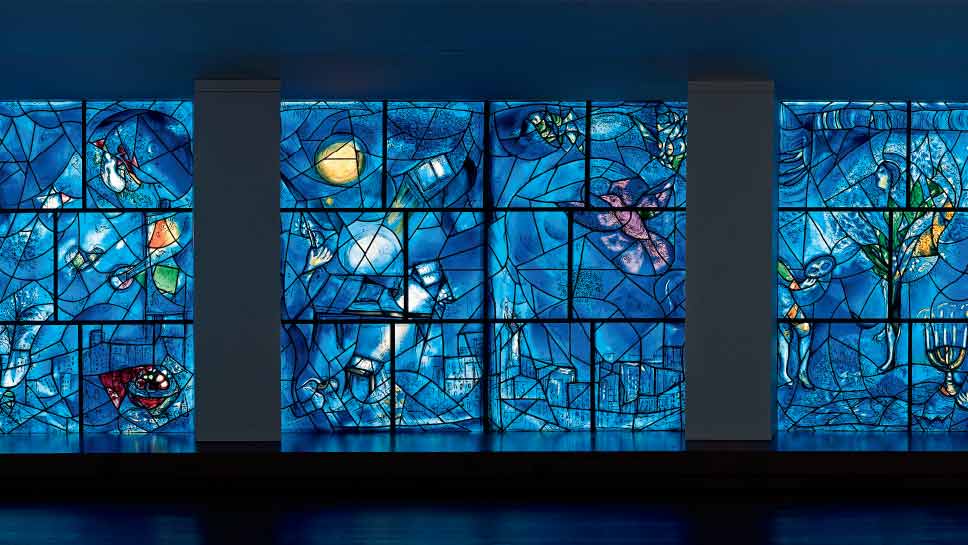 Marc Chagall’s America Windows is a beloved treasure of the Art Institute of Chicago’s collection and debuted in 1977 before being made forever famous by an appearance in the local film Ferris Bueller’s Day Off. The Chagall Windows hold a special place in the hearts of Chicagoans and were made possible by the Auxiliary Board of the Art Institute of Chicago after Chagall chose to dedicate the work to Mayor Richard J. Daley, whose daughter-in-law Maggie was a founding member of the Board.

“The Auxiliary Board has been operating at a very high level since its inception in 1973,” says John McGovern, Board president. “We are the oldest auxiliary arts board in existence, and we remain committed to both inspiring people to be involved in the arts and to raising funds to support the museum and its initiatives.”

The philanthropic Board is comprised of approximately 60 accomplished professionals, all of whom will celebrate the Board’s 45th anniversary in February 2018. The celebration culminates with a festive affair on February 10, with Patrick Wood-Prince as Chair and Wendy Franzen, Roxy Goebel and Tommy Miller as Co-Chairs, to showcase the Board’s history but also to reflect the energy and vibrancy of the Board today.

“Our membership has a collective passion for art and truly appreciates the opportunity to be involved with the museum in an intimate way,” explains McGovern. “We have great diversity on the Board—in terms of age, professional background, and life experiences—which brings an energy and insight that allows us to fully integrate with the many different areas of the museum.”

Since 2005, the Board has contributed more than $1.5 million in gifts to the Art Institute, including Lead Affiliate Sponsorship of the exhibitions: Picasso and Chicago; Impressionism, Fashion and Modernity; Charles Ray: Sculpture, 1997-2014; Making Place: The Architecture of David Adjaye; and most recently, America After the Fall: Painting in the 1930s. 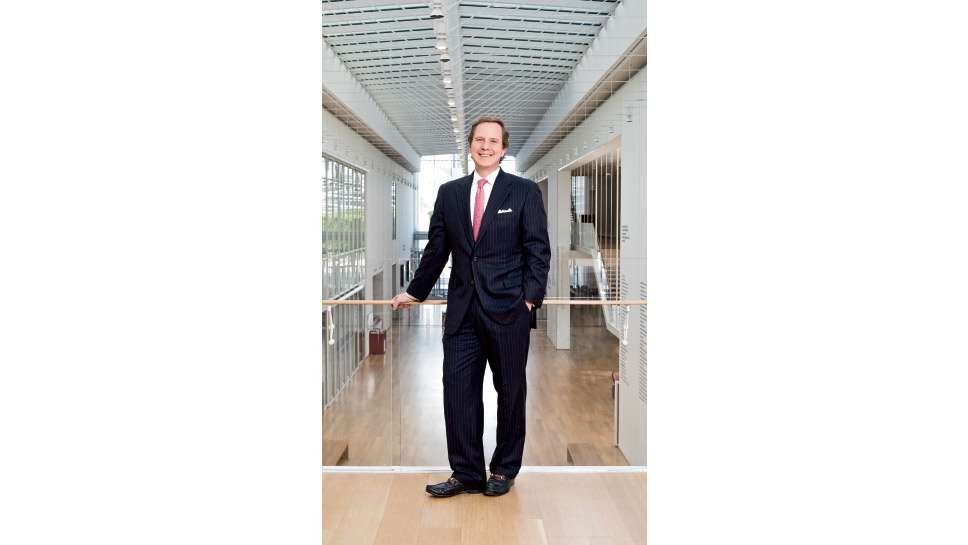 John McGovern, President of the Auxiliary Board of the Art Institute of Chicago

“Our support for Impressionism, Fashion and Modernity allowed the curator to hire an opera set designer from Paris to help stage the exhibit, giving her greater creativity to present both the art and her narrative,” says McGovern. “It’s really special for our Board to be able to help the museum and its team express their artistic vision.”

During the Building of the Century campaign, the Board pledged $500,000 to the Modern Wing—the new home for the museum’s collection of 20th and 21st century art. Designed by Pritzker Prize-winning architect Renzo Piano and a decade in the making, this 264,000 square-foot building makes the Art Institute the second-largest art museum in the United States.

McGovern says the gift helps fund exhibits within the Modern Wing and reflects the Board’s passion for the exploration of art in various treatments and from various genres. The building houses the museum’s world-renowned collections of modern European painting and sculpture, contemporary art, architecture and design, and photography.

“Exhibitions are really the lifeblood of any museum, and our funding supports the talented team of curators to present their research in unique ways,” says McGovern. “We’re able to introduce audiences to the mastery of lesser-known artists or to help them rediscover popular artists through scholarship and new approaches.”

McGovern has been a Board member for the past ten years and was elected as Board president in June. A native and current resident of Lake Forest, McGovern interned at the Art Institute in high school, helping catalog a collection of negatives from the 1893 World Columbian Exhibition. He went on to pursue American studies and history at Princeton, and received his law degree from Northwestern University. He and his wife, Wentworth, hope to inspire the same interest in the arts in their two boys, Caldwell (3) and Watson (1).

“The Art Institute was ranked the best museum in the world by TripAdvisor, and the breadth and depth of the collection is truly world class,” touts McGovern. “Together with its unrivaled scholarship and curatorial knowledge, the Art Institute has the ability to create and display new exhibits that are second to none.”

The Treasure Hunt and Tea Party, a signature Board event now in its 36th year, is planned for December 10, 2017. The event attracts over 1,000 families annually. The Board donates 400 of the tickets to Chicago-based community groups as a way to bring in children who may not have had an opportunity to experience the museum otherwise. Students from two local groups—ChiArts: The Chicago High School for the Arts and Sherwood: The Community Music School at Columbia College—perform during the tea party in the Stock Exchange and Trading Room. The Treasure Hunt and Tea Party was created by former First Lady of Chicago Maggie Daley to further the Art Institute’s mission: to inspire and educate visitors from Chicago and all over the world.

The Auxiliary Board’s support is greatly valued by the museum. Senior Vice President for External Affairs, Eve Jeffers notes, “The Auxiliary Board’s commitment to accessibility and community engagement through exhibition support and events such as the Treasure Hunt provides opportunities to engage our visitors in active and immediate ways. We are grateful for their partnership over nearly 45 years of philanthropic giving.”

In conjunction with the 45th anniversary in February, “We are working very closely with museum leadership to identify ways in which we can play a role in helping realize some of their strategic goals,” says McGovern. “We see this as a collaborative effort because we want to make an impactful contribution to the museum that not only reflects the passion of our Board, but also supports the museum as it continues to solidify its place as one of the most important artistic organizations in the world.”

To support the work of the Auxiliary Board and for more information on its upcoming events, contact Roberta Neuhausler at 312-443-3674, or follow along on social media at @AuxiliaryBoardoftheAIC.