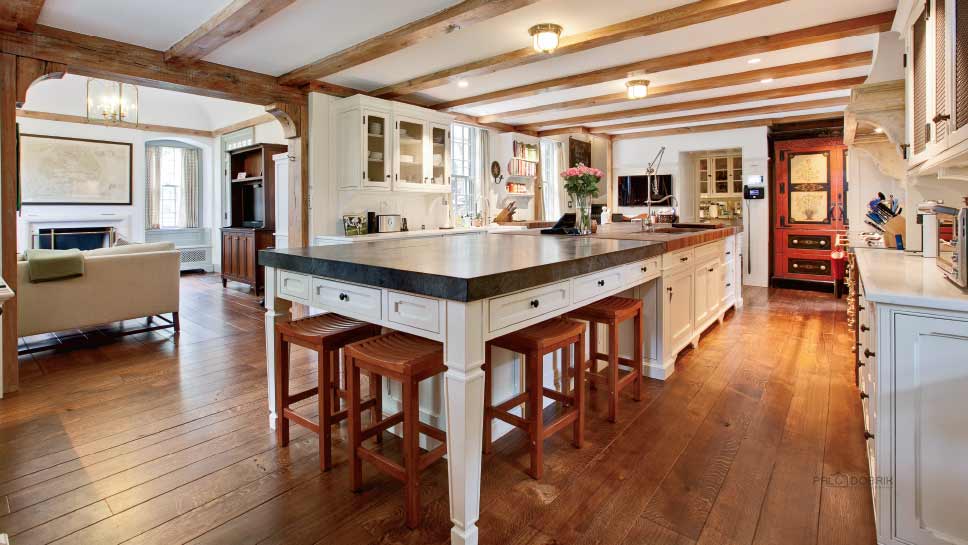 So it’s particularly noteworthy when a Stanley D. Anderson-designed residence comes to market, and even more so when the home is the McIlvaine Estate.

According to Paul Bergmann, archivist of the Stanley D. Anderson Archives whose father was a partner of Anderson, William and Marian McIlvaine were enamored with a particular home while on a visit to Owings Mills, Maryland. “The McIlvaines were great horse people, belonging to Onwentsia, and participating in area horse shows and other riding groups,” he notes. According to Bergmann, Onwentsia was as well known for its horse activity, including polo and horse shows, in the 1930s as it was for golf, and in fact founded the Onwentsia Hunt, a fox hunt.

“In 1934, the McIlvaines visited cousins in Maryland to attend the Maryland Hunt Cup. They stayed at the Stemmer House for several weeks and fell in love with it.”

They were so impressed that they sent their friend, Anderson, out to Maryland to sketch the pre-Colonial Stemmer House. Bergmann says the European-trained architect, a Lake Forest native who worked under another famed architect—Howard van Doren Shaw—had been working for some time with his friends (and bridge partners) but it was this property that moved the McIlvaines to build a facsimile, at least of its façade, in 1935.

Bergmann adds Anderson only referenced an existing structure in his work two or three times, making this home a standout in his portfolio.

Of course, horses were an integral part of the original property. Bergmann notes Anderson built a number of stables over the course of his firm’s history, including “a stable for the McIlvaines when he built the house and side building. The stable was a 5-box stall stable with kennel, tack room, tool room, and garage to house the horse trailer. In 1935, that area of what was to become west Lake Forest was filled with private stables like this.” (The stable has been converted to a residence.)

It’s impossible not to notice the strong architectural detail that graces the home, beginning with the symmetry established on the front and rear facades. The grand foyer spans the width of the home, so that the rear entry opens to an immaculate terrace and accompanying grounds. The setting is both majestic and secluded—thanks to a 16-acre land donation from the estate to the Lake Forest Open Lands Association in 1988 that established the McIlvaine Meadow—and it’s a setting that can’t be built on, promising privacy to its next owner. 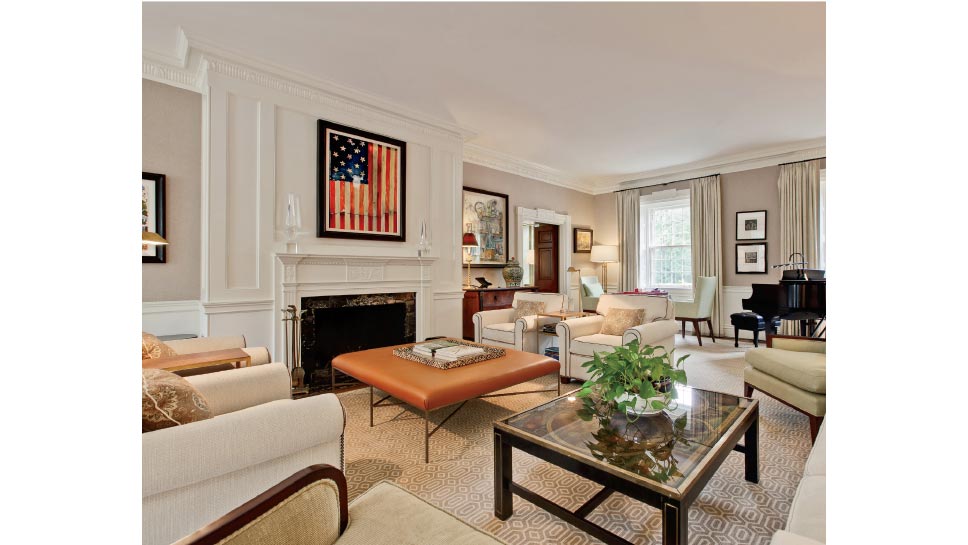 “There’s nothing better than waking up with the sunlight and beautiful grounds and taking a walk, says the home’s fourth owner, Bryant Keil. “Also, when the trees are lit for the holidays, it’s amazing.”

The home’s half gables were not an uncommon occurrence at the time. Bergmann notes that often times, property owners would build homes in this fashion so as to facilitate a common-sense stopping point for work if cash ran out, making it easier to add on to a home or resume work at a later date. In the case of the McIlvaine estate, Anderson reversed the façade, to facilitate the estate terrace and grounds.

The interior is equally exceptional. Listing agent Nancy Adelman notes, “The millwork is a work of art. Formal rooms are grand, yet warm and welcoming.” Anderson did not cut corners on the home—Bergmann says in 1935 dollars, the home would have cost more than $90,000 to build, which translates to $1.6 million today—without the property.

Those fine details intrigued Keil and piqued his interest in the home. “I attended a party at the home many years ago,” he recalls, “and always remembered the setting and look of the home. When it became available, I jumped at the opportunity to buy it.”

Even with modern touches in décor, the interior has retained much of its formal appeal, from marble floors to large, inviting hearth places and beam work. With smart technology, the very highest-end appliances and modernization updates to its electrical, heating and cooling systems, the home is ready to welcome a new family.