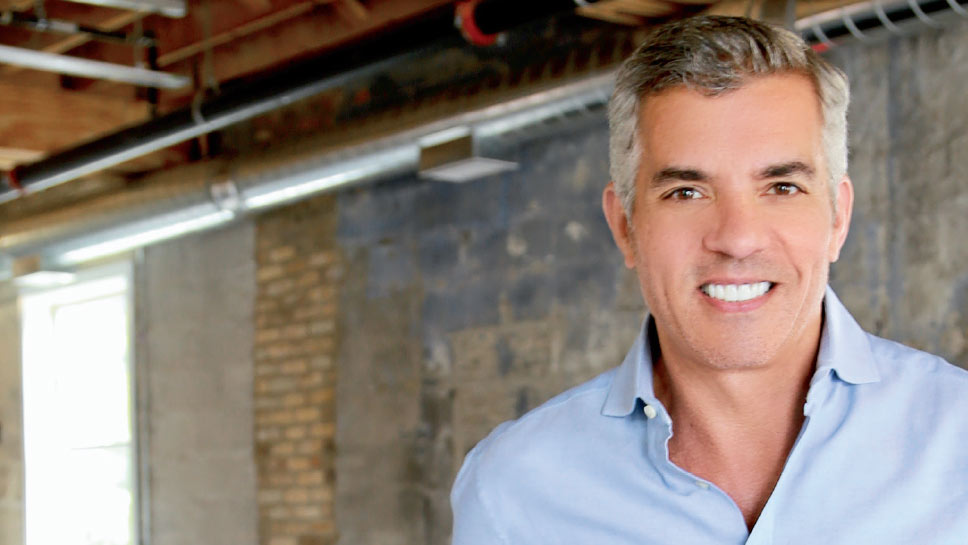 Fitness guru, author, and celebrity trainer Jim Karas recently set up shop in Lake Forest. His state-of-the-art facility, which originated as the town livery business, focuses on fostering a seamless relationship between fitness and intelligence. Check out his amazing space and learn the smart way to get in shape from team Karas.

“I daily read The Wall Street Journal as my papou (grandpa in Greek) was obsessed with the stock market and passed that along to me. I love the combination of psychology and numbers, which actually is the cornerstone of my business. Good friend and former client Peggy Noonan introduced me to David McCullough with a copy of John Adams in 2002, so I love his work and have The American Spirit next to my bed. Love to read about family dynasties such as the Astors, Rockefellers, Kennedys, and other interesting, “colorful” clans, but NO Kardashians.”

“I must follow Tracey Anderson (that’s Gwyneth’s BFF) to see what ridiculous recommendations she is peddling these days. Her belief, and this isn’t a joke, is that, ‘instructors should not speak during classes as having to watch the movement tricks the body to burn more calories.’ I’d love to see the research on that! I’m loyal to Jim Cramer on CNBC as he is not afraid to go against the tide, which he and I share. I cruise Instagram to keep up with my peeps, including my daughter, Olivia, and son, Evan. I learned from Insta that he recently jumped out of a plane in Fiji. Nice heads up!”

“I have very eclectic taste as it depends on what I’m doing. When writing, it’s a movie soundtrack, as the music speaks to my right brain. ET makes me sensitive (I can’t get enough of the visual of Elliott & ET lifting off the first time), Star Wars and the Mission Impossible theme song give me strength, and Sabrina makes me feel (sorry for yet another ‘S’) somewhat sexy. When I need energy, such as when I’m lifting weights, bring on any beat and everything Jackson 5, Mikey or Janet, Motown, and more movie soundtracks such as The Commitments or, I put Let’s Get Loud on a loop as that was my 50th birthday party jam. Chilling? I would start with the boys, Sinatra and Buble and end with my three ‘C’ girlfriends, Carly, Carole, and Chardonnay. My kids told me they would never return to Chicago if this was printed….but it’s true.”