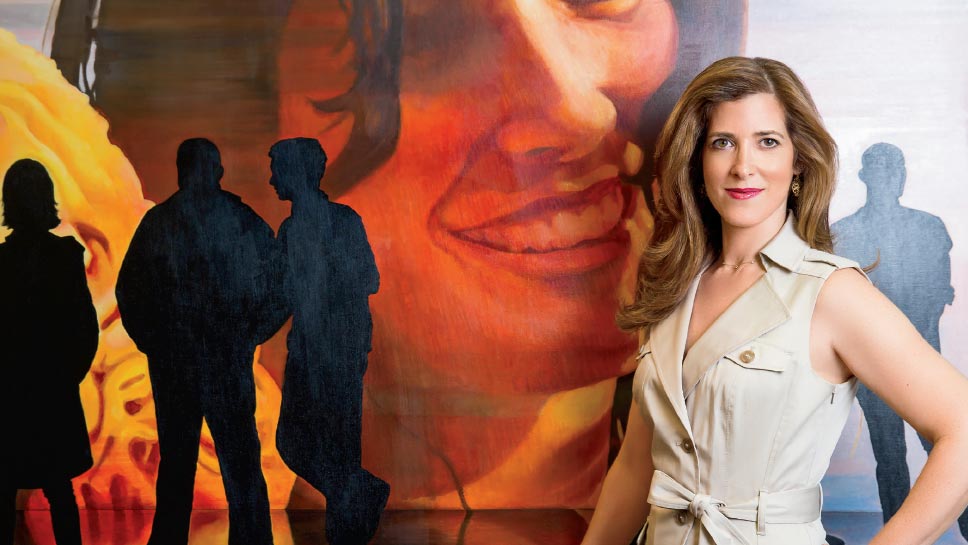 Life Imitates Art: A Look at the Influences and Work of Jennifer Presant. PHOTOGRAPHHY BY ROBIN SUBAR

Jennifer Presant always had an interest in art, graduating from college with a BFA in illustration. She began her career as a graphic designer in Manhattan working on book covers for Scholastic, the educational and media publication. Yet, a desire to paint lingered and eventually led to taking fine arts classes in her spare time. When those courses amounted to a near degree, she realized her true passion and formally enrolled at the New York Academy of Art. “It is well-known as a figurative and representational art school, and I intended to focus on portraits,” says Presant. As it turned out, however, her painterly path came to reveal talents of a much greater mix of genres.

“My grandmother was a sculptor, with a Henry Moore-inspired aesthetic,” recalls Presant of early influences. Her parents encouraged the pursuit and as a little girl Presant was rarely without a drawing book in hand. In school, she excelled and received opportunities and awards to attend artist-in-residence programs from the Prince of Wales fellowship in Normandy, France (where comedian Joan Rivers was there painting as well) to the beaches of St. Barths in the Caribbean. Shift, a work from the latter location, depicts the juxtaposition of Presant’s interest in modern architecture and interiors at the famously chic Eden Roc hotel against a background of weathered sand and rocky terrains. Presant’s curiosity with reflections, literally mirrored through glass and windows, or metaphorically in time and place, both personal and historical, soon became a consistent theme in her oeuvre. 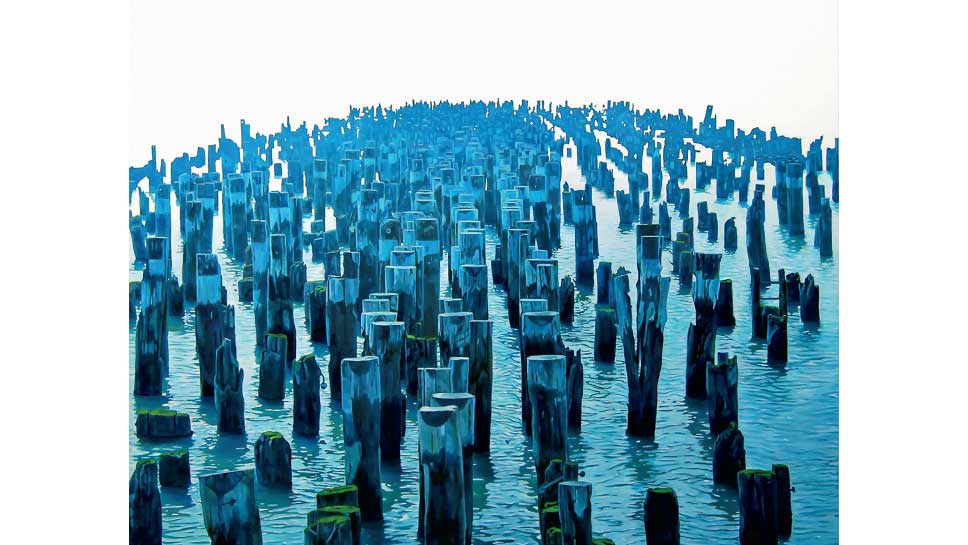 “When I lived in New York, single and in my 30s, I thought a lot about transience,” shares Presant. “I was in limbo, considering my past, thinking about my future, and using that longing emotion as physical projections in my paintings.” For example, Pylons created after September 11, presents multiple rows of old dock poles exaggerated to a sequential skyline formation and taken from sights during Presant’s rollerblading days along the West Side Highway. “I read a lot and think about what is happening in the world,” says Presant, explaining what she calls her psychological landscapes.

While elements such as in Fertile Ground evoke a three-dimensional sanctuary-like setting that allows the viewer to enter, the resilience of a rugged driftwood formation offers a deeper look at Presant’s own contemplations on the cycle of life and concerns for global warming. Recent works examine other world issues including the refugee crisis and displacement, a feeling close to Presant’s heart at the moment. Today, a wife, mother of two, and Evanston resident, she is learning to experience the roles of her next decade in a new Midwestern suburban locale. “My husband is a professor in industrial engineering at Northwestern, and we moved here for his job,” says Presant, who actually had ties to Chicago before that as for years she has been represented by Linda Warren Projects in the city. 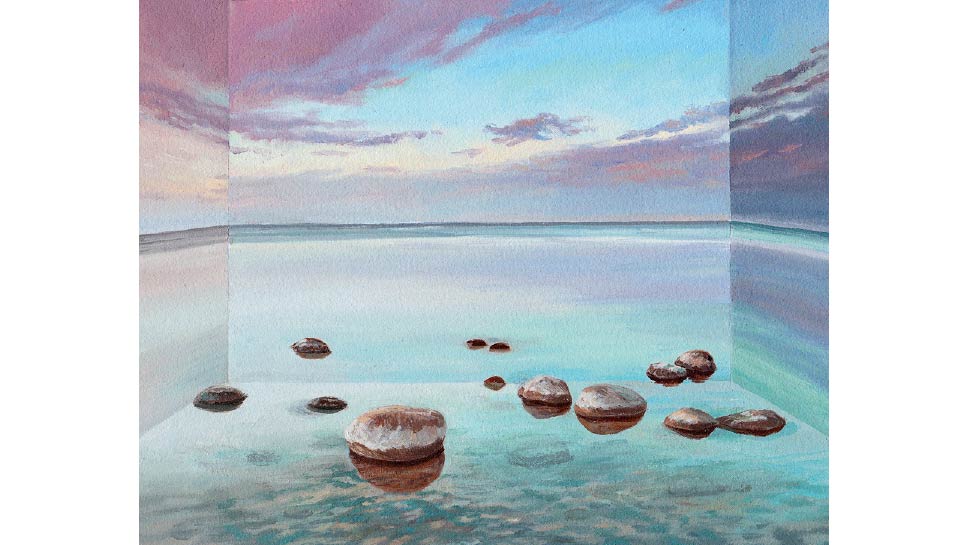 “Perhaps my tiny New York City apartment is what became a catalyst for creating artificial environments that allowed me to step outside,” suggests Presant, explaining her technique that moves from compositional sketch to sourcing photographic resources or hiring models, to photo shop (a skillset from her graphic design days), and ultimately to the canvas. Recently, Presant has tested making limited edition prints. And, whether those fabricated atmospheres are of bathers amidst icy glaciers in Melt, or Ever After where silhouettes in an ambiguous exhibition are enraptured with media and images (contemporary video artist Bill Viola is a favorite inspiration for Presant), the play is on observations that connect a multitude of spaces and interpretations for Presant to engage the viewer and vice versa.

In her current work area at the Noyes Cultural Arts Center, Presant has found a community of contemporaries: “I enjoy walking the halls and visiting other artists,” says Presant, mentioning that teaching could be on the radar when her children are a bit older. Like her life in the Big Apple, past and future dreams may seem distant to her background but never gone from reemerging in the foreground. A portrait of her mother is proudly positioned in Presant’s studio, and those faraway travels exist in previous commissions such as ten large-scale paintings of Italian vineyards at Becco, a Broadway theater district restaurant owned by mother and son duo Lidia and Joe Bastianich, also business partners of chef Mario Batali. The title of Presant’s latest piece featuring rocks serenely still amidst water and waves may put it best of all: Hope Floats.