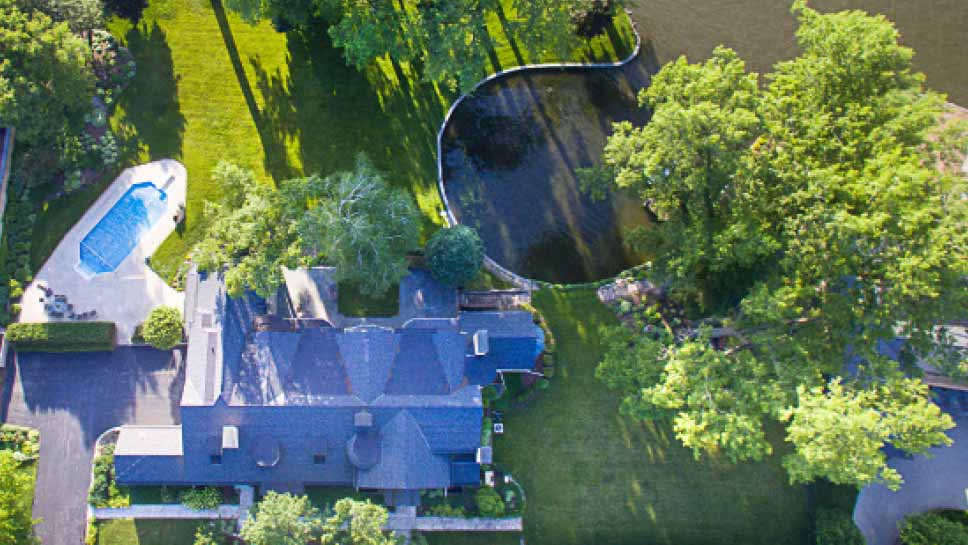 Summer like a paper baron at this historic waterfront estate.

In a charming Wisconsin town, located on the mouth of a north-flowing river and the state’s largest lake stands a remarkable house. Built with a fortune founded on a most fragile of products, the house has yielded the strongest of bonds—decades of happy memories for my family.

While the house was completed in 1935, 1872 is an even more important date in its history. “The house was made possible by the fortune created by Kimberly-Clark, which was founded in 1872 by four very different men with three different occupations who decided to take a risk on an industry they knew nothing about—papermaking,” explains Suzanne Hart O’Regan, an artist, a noted local historian, and my mother. “The risk paid off and some of the country’s greatest fortunes were created here in Neenah, Wisconsin.” 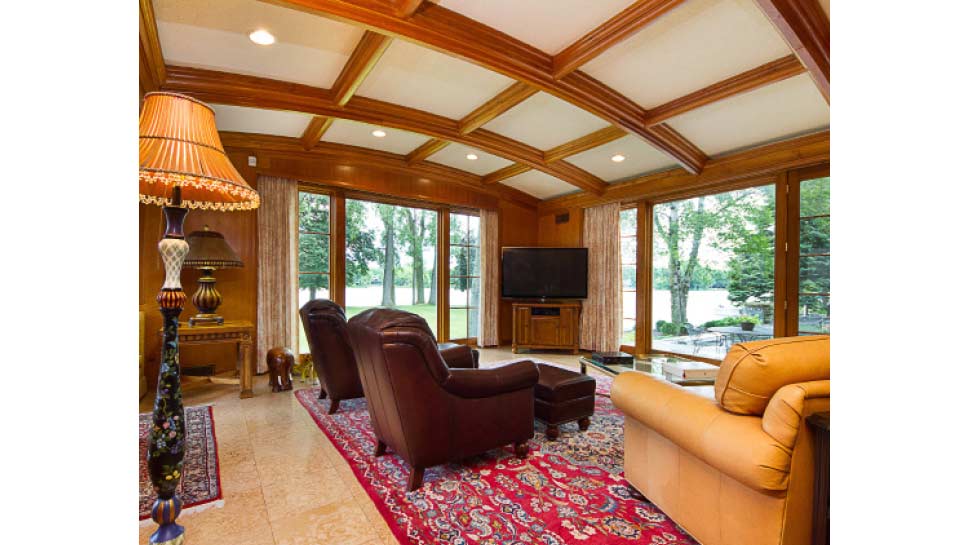 For a time, Neenah had more millionaires per capita than any place west of Newport, Rhode Island. Between the 1870s and the 1940s, these fortunes fueled the creation of “Millionaires’ Row,” a remarkable enclave of architectural treasures. Bordered by the Fox River on the east and sprawling Lake Winnebago on the west and bracketed by two lush green parks, one of which is punctuated by a white lighthouse, this opulent neighborhood is Neenah’s crown jewel.

Built by J. Leslie Sensenbrenner, the son of Kimberly-Clark’s longtime president, the house was purchased in 1975 by my parents, Dr. Thomas and Suzanne O’Regan, for their three daughters—myself, Dustin (the Editor-in-Chief of Sheridan Road magazine), and Hadley.

“When the house was being built, Mr. Sensenbrenner had a wonderful solution to overcoming engineering obstacles—he opened his checkbook,” my mother laughingly explains. “He requested two unusual things: a lagoon large enough to turn his yacht around in; and a full, dry basement even though the house was so close to the river. When the builder balked, he just pushed the checkbook across the table.” The money was well invested as the lagoon with a two-slip dock is a boater’s dream, and the large basement is so dry it serves as a carpeted playroom for my parents’ six grandchildren. 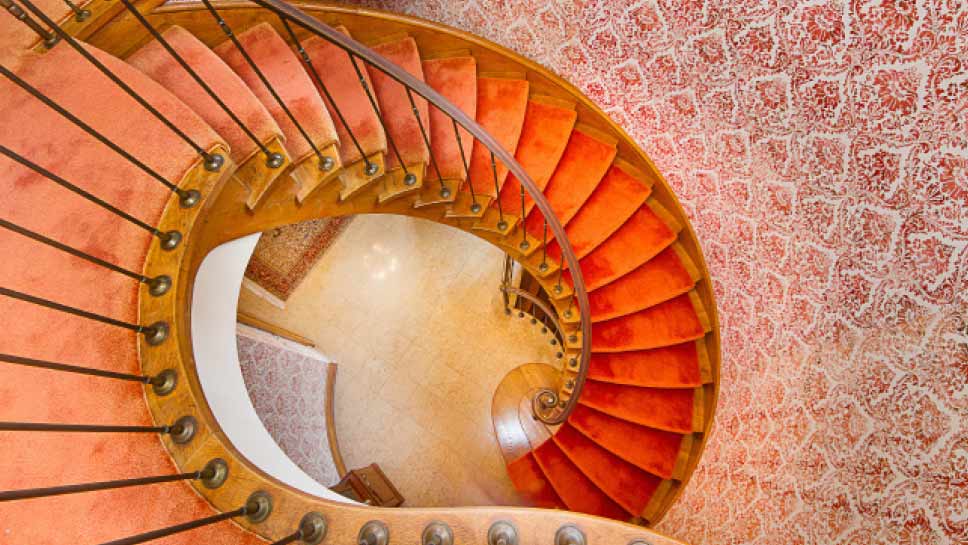 “When the house was built, the views were really treated like works of art. All the rooms facing the river have expansive floor-to-ceiling windows,” he explains. “The light is just wonderful. Of course, the views inside are pretty special too.”

The house’s exquisite interiors range from the living room’s hand-painted and glazed plaster walls and moldings, to a walnut-paneled library, to the dining room’s antique sliver-leafed and hand-painted Chinese wall panels, to the family room’s gently curved beamed ceiling. “I have such fond memories of my parents’ parties, especially at Christmas. My sisters and I, all dressed alike of course, would run from room to room taking it all in—every room was filled with our parents’ wonderful friends and their laughter,” reminisces Hadley, my youngest sister.

The rooms include eight bedrooms and 10 bathrooms, which made it a regular summer destination for an extended network of family and friends. “My wife and I met on her first day of kindergarten, she was five and I was nine,” my father fondly recalls. “We grew up together in a small, predominantly Irish Catholic town and were related to practically everyone who lived there! During the summers, I think the entire zip code came to Neenah.” 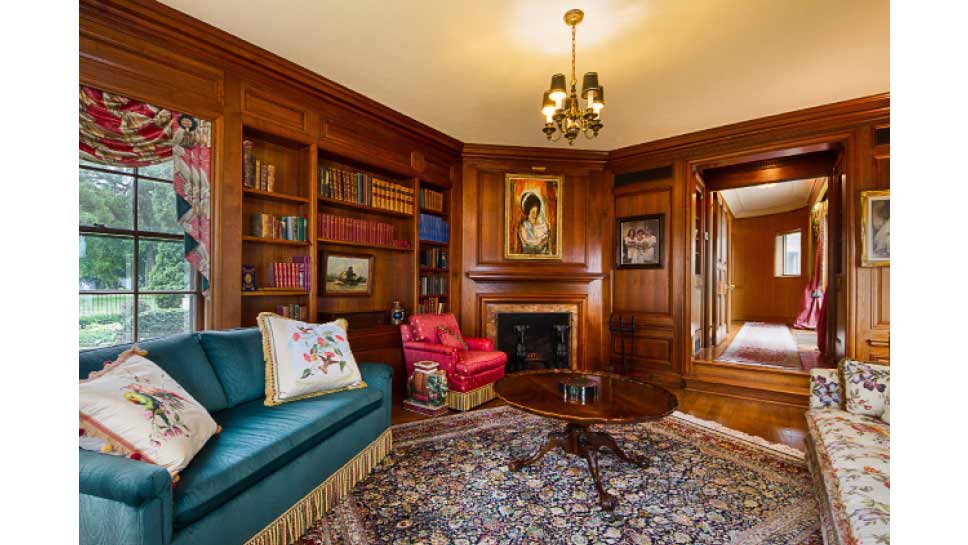 The summer guest list often had an international twist as well. “Before we moved to Neenah, we had lived in Germany for several years,” explains my mother. “We became dearest of friends with a wonderful German family. They would come and stay with us for six weeks in the summertime.”

Even when the house was quiet and empty of guests, my sisters and I found it endlessly entertaining. “On rainy days we loved to explore the house. There are ‘secret’ panels in the library and the living room walls that open and shut with a gentle push. We always hoped to find a stash of precious jewels but the most intriguing things we found were Mrs. Sensenbrenner’s monogrammed bridge cards and stacks of porcelain place cards,” remembers Dustin, my younger sister. 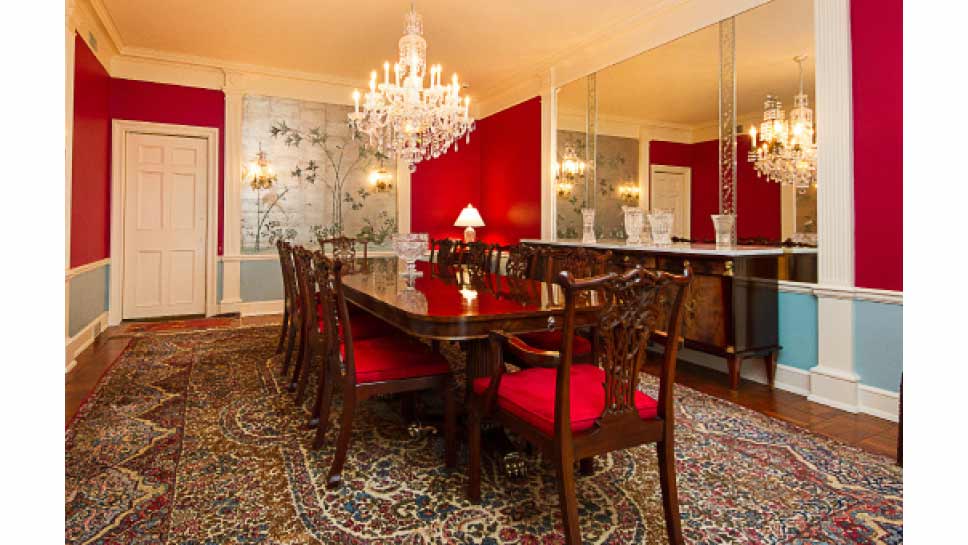 As the years passed, the house evolved with the family. The foyer’s dramatically curved staircase provided the perfect backdrop to a succession of white dresses worn for First Communions, high school graduations, and weddings. The sprawling back yard was the sight of countless celebrations from teenage pool parties to three weddings to “Weenah the Witch,” a Halloween tradition begun for the grandchildren. As the fireworks are lit directly across the river from the house, 4th of July parties were annual events. Following a dinner served on white linen-topped tables stretched across the lawn, guests would gather under the shoreline’s broad cottonwood trees to exclaim over the double impact of fireworks exploding in the sky and then reflecting on the water. As the years passed, these parties grew to include our husbands and our children. When I see my children lying on the grass watching the fireworks with the same wonder I had dozens of years earlier, I am especially thankful to have been a part of this house’s history.

“When my girls were young, we called our house ‘The Palace’ because we felt protected and cherished within its beautiful walls,” my mother reflects. “When I imagine another family feeling that way, it makes the thought of leaving sweet rather than sorrowful.”