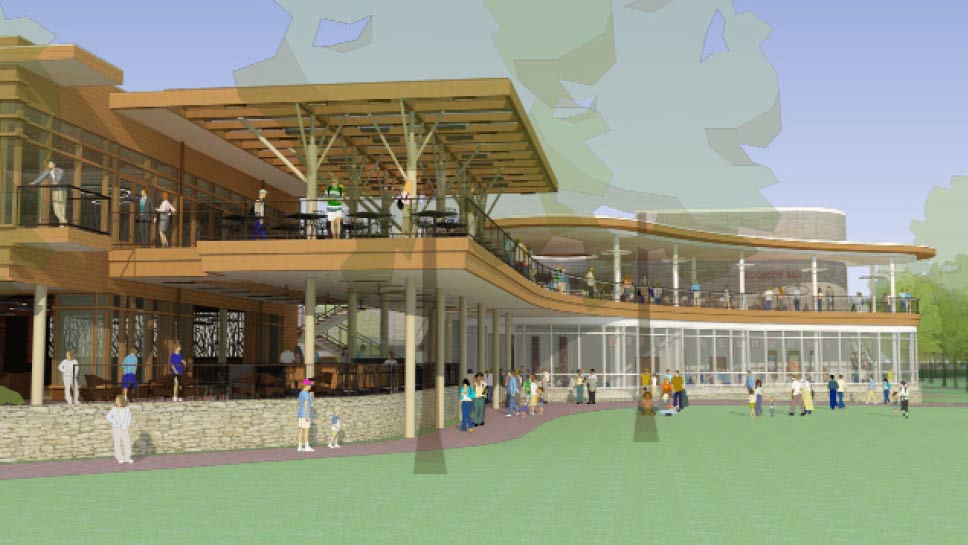 Music to Your Ears: Dirk Lohan and Michael Barnes design a Ravinia structure of sight and sound.

Dirk Lohan can easily recall the moment his grandfather, Mies van der Rohe, a pioneer of 20th century architecture, made an impression that determined Lohan’s own career choice. “I was 16 and had the opportunity to accompany him on a business lunch in Germany. There was lively discussion as he sat at the head of the table. Suddenly he took out one of the sharp pencils always tucked in his shirt pocket and started drawing on the white linen tablecloth. I thought to myself, this looks like fun, I want to be an architect, too!” Sketching practice aside, Lohan certainly inherited the family tradition of creating sleek designs for modern living. He has carved out a niche in both the commercial and public sectors in Chicago, and with Wight & Company, where Lohan is a principal, a current project at Ravinia highlights the importance of making architecture appeal to all ages from all angles.

In 2005, Lohan and his longtime colleague architect Michael Barnes, were asked to present a dining pavilion for the outdoor music festival center. “It was competitive,” notes Lohan, “but ultimately our background, personality, and track record helped us win the business.” The result was a two-story wood-clad building completed in 2007, with indoor/outdoor eating areas, a private party room, and a gift shop, elegantly enclosed in glass windows to provide expansive views of the grounds. Now, 10 years later, Barnes is again the lead designer working on park renovations and an expansion. “It’s very hard to plan for weather,” jokes Lohan, commenting on some of the lessons learned over time. For example, when it rained they needed additional seating inside and convenient ways to adapt. There will soon be a large veranda, more bar and casual spots for grab-and-go meals, and the special events area will transition to extra restaurant space during performance season when there are less rental requests compared to that of other months. 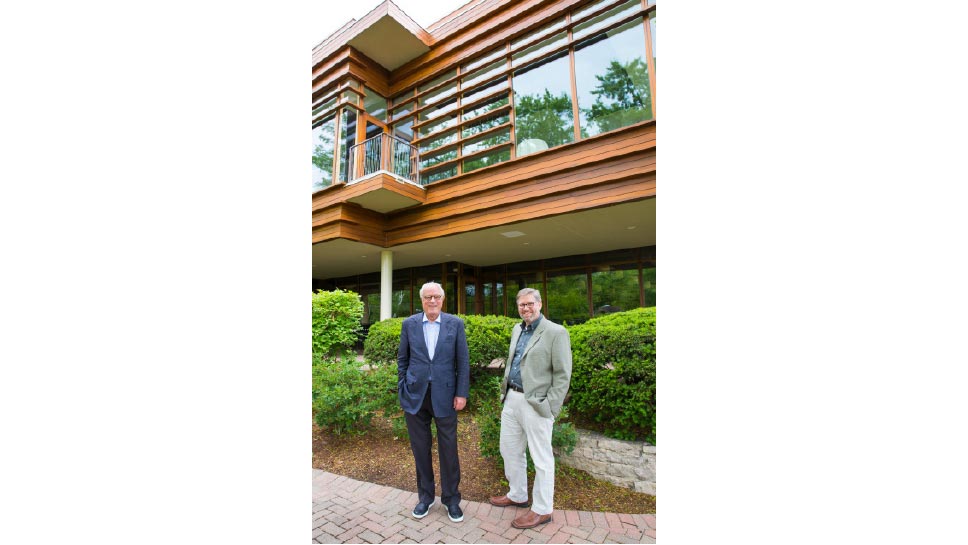 “We’ve had an ongoing relationship with Ravinia,” says Barnes, sharing that market studies have been a key component in figuring out how to blend functionality with consumer desires. From patrons to palates, the architectural team spent much of the past decade understanding trends in seat preferences, parking flow, and the ins and outs of restaurant service with Levy Restaurants, all to assist in structures for a consistently engaging venue.

As Welz Kauffman, President and CEO of Ravinia Festival comments, “a better Ravinia attracts great artists, and artists do take notice of the venue they are playing in—how is food and beverage handled, is there a sense of physical beauty in the architecture and in the landscaping, are people comfortable here—these are answered positively because of the infrastructure made with Lohan and Barnes and their ultimate respect to our arts-and-crafts roots.”

The most innovative enhancement in the 2018 and 2019 two-part unveilings will be the Music Box Experience Center, collaborated with BRC Imagination Arts, offering a gallery of exhibitions on the history of classical music showcased with the latest in educational technology and sound. “Synchronicity between people indoors and outdoors is what we want to achieve,” says Barnes, “since anyone with a ticket to Ravinia will be able to visit, we know that we need an alluring way for the interior to be inviting and visible from multiple vantage points of the exterior walkway.” Lohan agrees: “A prerequisite for increasing attendance and bringing in a younger audience is art appreciation and knowledge.” 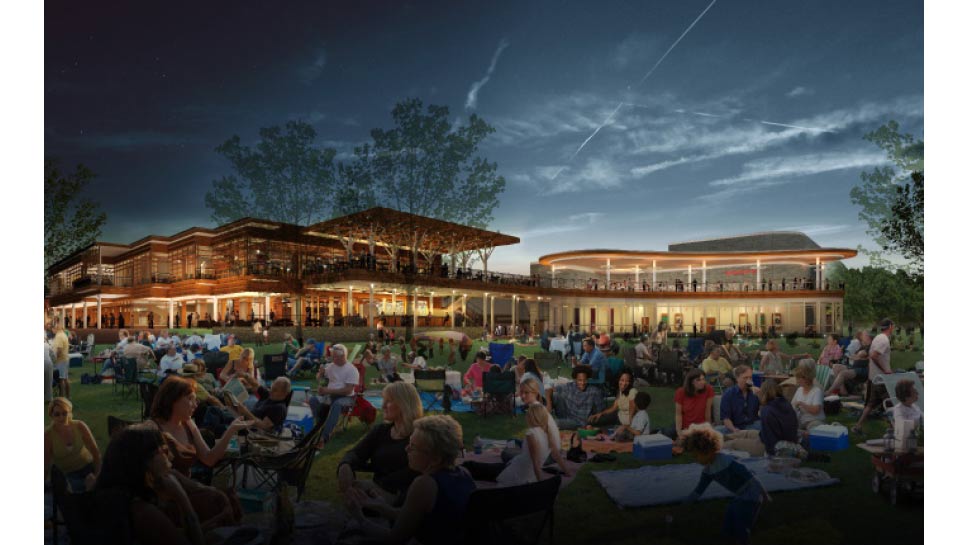 Lohan’s formal studies began after emigrating from Germany to enroll at the Illinois Institute of Technology, where van der Rohe was then head of the architecture school. Similarly, exposure to art and artists took on a personal level of instruction. “My grandfather had works by Kandinsky and Klee in his collection,” says Lohan, citing the influence it had on his interest in modern and contemporary paintings today. Lohan went on to work in van der Rohe’s firm and eventually opened Lohan Anderson, where he hired Barnes. The Shedd Aquarium, Soldier Field, McDonalds Corp., and Lincoln Park Zoo, are part of a large portfolio. “My clients include whales, great apes, football players and humans,” laughs Lohan.

That variety continues to grow through recent combined forces with Wight & Company, recognized for their sophistication in planning, architecture, engineering, and construction work. The evolution of Lohan’s firm, the changes at Ravinia, and that of the profession in general, are exciting to him in process and progress.

“When I started every architectural office had a model shop and that was where you began,” says Lohan, noting that nobody uses such displays these days with digital advancements available. “I was gluing mini plexiglass in a tiny room and remember my grandfather opening the door and standing there in his signature dark suit, remarking in German, ‘Hey Master Builder’.”