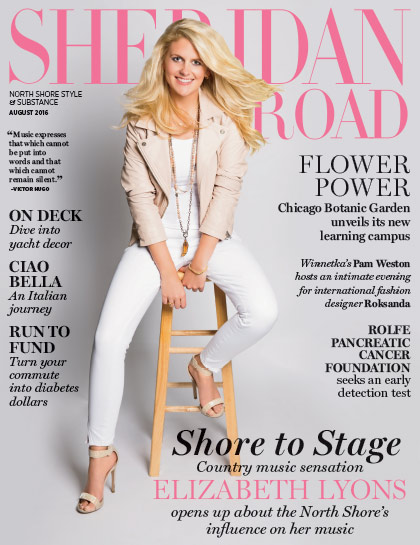 Last time Sheridan Road sat down with Winnetka native and country music starlet Elizabeth Lyons, it was impossible to ignore her high-energy and bustling schedule. As an artist who has been recognized by Macy’s iHeartRadio Rising Star Top 3, sold over almost 100,000 songs independently, and had a #1 iTunes Country Music Video, there is no stopping Lyons. One year later, she has taken that spirit and charged it up a notch.

“If you change nothing, nothing changes,” Lyons says, explaining her recent endeavors.

The Vanderbilt graduate has taken herself out of Nashville and jumped head first into life in New York City. She is now one of the few female country artists who represent country music in the East Coast hub. Not only has the move meant a career change for Lyons, but also an exciting new lifestyle inspiring her bubbly single, “Champagne,” which was released June 4.

Lyons accredits fate for what she calls “the opportunity of a lifetime” in New York City, working directly for the President of Westwood One and EVP of Marketing at Cumulus Media, one of the top radio companies in the world. Balancing her new position while also independently running her music career, Lyons finds herself wearing two hats. Fortunately for Lyons, this is something she’s used to. While she has traded her days of figure skating and musical theater for to-do lists in the office and Skype sessions with songwriters in Nashville at home, Lyons has had multiple roles on her plate ever since she grew up on the North Shore. “My parents always kept me busy when I was growing up and I interned all through college. It’s easy if you love what you do,” Lyons says. 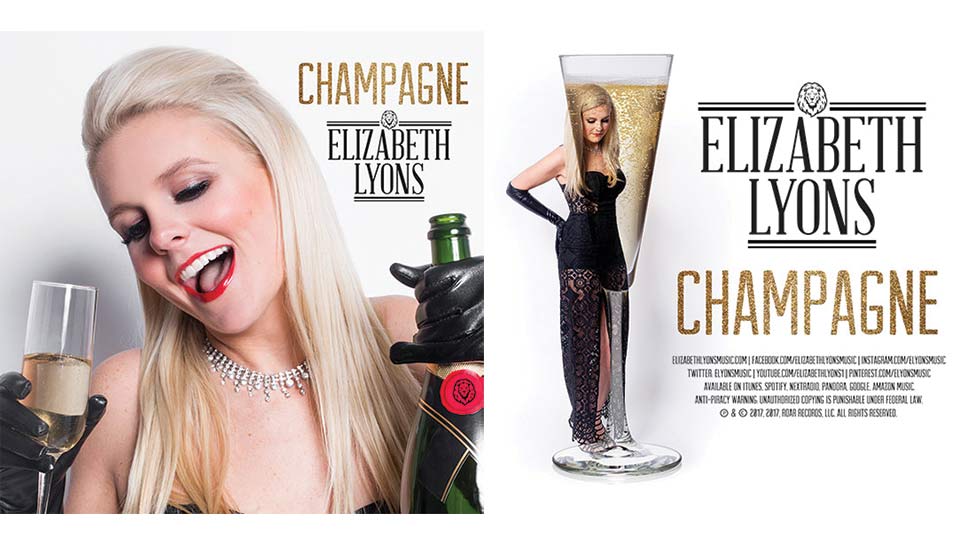 When asked what has changed most for Lyons in the year since she graced the pages of Sheridan Road, she did not hesitate: “Confidence. In New York, I’m constantly surrounded by women who are confident and inspiring and there is so much opportunity to learn from them.”

While Lyons’ time in Nashville inspired her hit song “#PartyRules,” she found it difficult for independent artists such as herself to break into the country music scene there. Lyons’ transition in the past year has proved to her how much she can accomplish with a strong work ethic and the endless support of her fans. “I couldn’t do it without my fans. They are my everything. The fans post on social media, book me at shows, buy my tickets, music, videos, merchandise, helped fund my EP and music video… absolutely incredible.”

It is this confidence and lifestyle change which shines through in her single “Champagne.” “Going out in New York is about having fun and making connections,” says Lyons, explaining the inspiration behind the single, “so the song is fitting to the chapter I’m in right now.” 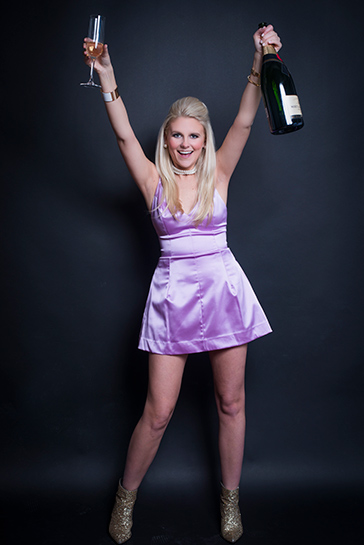 Following the immense success of Lyons’ video for “#PartyRules,” Lyons shot the music video for “Champagne” on the same day the single was released. Featuring friends from all walks of life, Lyons shares that the video is celebratory and exciting, representing where she is in her career. “We shot it in a friend’s apartment and in a club,” Lyons explains, putting together how the video matches the single’s energetic lyrics, like “Tonight we party like rock stars, VIP and private bars.”

For Lyons, summer means preparing for the Lyons Champagne Summer Tour. As Lyons plans to share the stage with country music greats like Blake Shelton, Old Dominion, and Luke Bryan this summer, the tour is guaranteed to be a hit. “There will be new songs which I have been writing, and fans will get to hear them first. My shows are always very upbeat and high energy and I think this is my favorite set list ever,” says Lyons of the approaching tour.

While you can catch Lyons this summer performing at festivals like Country Fest, Country Stampede, and SummerFest, she also looks forward to returning to her hometown of Winnetka. Her favorite North Shore moments? “My home, my family, just spending time with them on the couch or in the backyard. I also miss the walk down Sheridan Road, I really think that is one of the most beautiful walks out there… I would love to shoot a music video there one day.”

North Shore music video or not, we are saying CHEERS to this “Made in the Midwest” country superstar.